Ukraine, synodality and primacy in the Orthodox Church 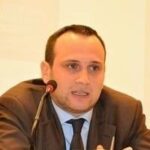 Recent developments in the Ukrainian autocephaly issue have brought about changes: the Church of Greece recognized the Ecumenical Patriarch’s prerogative to grant autocephaly and, thus, the autocephaly of Ukraine, Patriarch Theodore of Alexandria commemorated Metropolitan Epifaniy of Kyiv, and Archbishop Anastasios of Albania called the parties to the conflict to remain united just before Christmas. At the same time, during a recent visit to Moscow, it was proposed that the Patriarch of Jerusalem should take the initiative to convene an assembly (synaxis) of Orthodox primates in Jordan on the Ukrainian autocephaly issue.

There are two interesting aspects of this proposal: First, the Moscow Patriarchate recognizes the need for a primacy in the Orthodox world, and, second, it resorted to one of the Ancient Patriarchates of the Pentarchy in order to find acceptance of its demands, as it knows very well that no policy is viable if it is not backed, since it lacks such canonical prestige.

In fact, the Patriarchate of Jerusalem cannot exercise the role of “first” among the Orthodox because, on the one hand, it is non-canonical (Patriarchate of Jerusalem is fourth in rank behind the Patriarchates of Constantinople, Alexandria, and Antioch), and, on the other hand, it is not pragmatical, since the “Mother of the Churches” has not historically developed the enduring conscience of a Church that is taking the initiative in the affairs of all Christendom. On the contrary, it is more clearly observed in the mission of the Churches of Rome and Constantinople in the first and second millennium.

However, one would expect that the Patriarch of Jerusalem, with the moral authority of the leader of the Hagiotaphite Brotherhood, to insist on supporting the canonical laws of the other Ancient Patriarchates of Pentarchy, including the Ecumenical Patriarch of Constantinople, which safeguards until today the Christian faith in the ancient lands, and guarantees that the Holy Gospel is preached under new geographical, cultural and inter-Christian conditions. Patriarch Theophilos himself prayed with Pope Francis and Ecumenical Patriarch Bartholomew in Jerusalem at the Holy Sepulchre in 2014. Therefore, he is fully aware that the Christian pathway can be found when Ancient and New Rome serve the Churches of the East and West, over which they have prerogatives.

When Metropolitan Hilarion Alfeyev was asked about the primacy in the Orthodox world a few weeks ago in Budapest, the Metropolitan said that “the Patriarchate of Constantinople wants to convert its primacy to Rome’s primacy. But Rome’s primacy has existed for 2000 years while Constantinople holds an honorary primacy. Constantinople, however, has just begun interpreting [its primacy] in a new way, an interpretation that the Moscow Patriarchate is not ready to follow.” The Russian bishop reportedly described the interpretation of Metropolitan Ioannis Zizioulas of Pergamon the “primacy” of the Father in the Holy Trinity and its ecclesiological consequences as “artificial”, “ridiculous” and “without evidence in Christian traditions” [according to what said by Metropolitan Hilarion on “primacy of the Father and the synodality (sic!) of the Son and the Holy Spirit”].

Metropolitan Hilarion’s reference to the primacy is of interest; on the one hand, he recognizes that Rome has some sort of “primacy” and even different from the “honorary primacy” of Constantinople. This is very interesting for the bilateral Orthodox-Catholic dialogue, in which most Orthodox objections relate to the administrative aspects of the primacy of the Bishop of Rome. This positive reference made by the chairman of the Moscow Patriarchate’s Department for External Church Relations (DECR) to Rome’s primacy would be useful to repeat when the Moscow Patriarchate resumes the bilateral dialogue, of which it decided to walk out.

On the other hand, the statements of Metropolitan Hilarion are surprising, not without good reason, because the Council of Chalcedon and Quinisext Council recognized an “equal prerogatives” between Rome and Constantinople without making the distinction between “honorary” and “administrative” primacy. The only reference to “primacy of honor” exists in the First Council of Constantinople, which held before the two aforementioned councils. Therefore, there is no “recent” discovery of the primacy of the Church of Constantinople, since it was canonically established in the 1st millennium BC, when the Mother Churches also laid the foundations of the organization of the indivisible Church of the East and West at a time when, as is well known, the Moscow Patriarchate did not exist. Consequently, junior Churches would have to be more cautious before making such bold statements and performing ecclesio-canonical acrobatics.

Nevertheless, the question is: if Rome is the only one to hold the administrative primacy and Constantinople just an honorary primacy and nothing more, then how is the Orthodox world governed at all? One answer could be: Orthodoxy is governed not by a local Church which is the head (in the Pentarchy order), but by a synod (sobornost) and a confederate society of equal local Churches, where the “honor” of Constantinople will only be ceremonial or deal with bureaucratic and protocol issues. Let us suppose that we accept this view: even the Bishop of Hilarion himself would be surprised to find that he eventually accepts what he rejects, namely the “ridiculous” – according to his statements – distinction between the Father’s primacy (held only by Rome) and the synodality of the Son and the Spirit (which exists, just like in sobornost, only in Orthodoxy).

To address the problem synodically, again, Archbishop Anastasios of Albania, who is regarded by many as the “Nestor” (metonymy for wise old man) of modern Orthodoxy, called for inter-Orthodox unity. The Archbishop’s call cannot be ignored, as the threat of a schism within the Orthodox Church is always ante portas.

However, a meeting of the Orthodox primates, which is the way the Archbishop proposed to deal with the existing issue, has already taken place three years ago on Crete when the Holy and Great Council of the Orthodox Church was convened. On the other hand, a meeting of the primates or of all the member of the Church is not the outward confirmation of a conventional unity of different “Orthodoxies,” but it has a deeper meaning: all Churches have to face old, but always current, pastoral challenges. More specifically:

1. The need to promote inter-Christian dialogue and inter-religious cooperation.

2. The caution with regard to the Western secularized societies to which Orthodoxy belongs.

3. The need for a genuine liturgical rebirth, with the active involvement of God’s people in all dimensions of church life.

Are all Orthodox Churches willing to assume their synodal responsibilities? The Pan-Orthodox Council of Crete, the Ukrainian crisis, and the inter-Christian actions have shown who dares to be a prophetic part of history and who does not.

On the afternoon of Friday, January 17, 2020, the United States Ambassador-at-Large for International Religious Freedom, Sam Brownback, visited the...

Archbishop Ieronymos of Athens and All Greece was present at the inauguration ceremony of the new President of the Academy...

Ecumenical Patriarch: Orthodox Academy of Crete has always been a place of witness to Orthodoxy

The Athanasios V. Botsis Foundation for the Promotion of Journalism presented the special distinction with the Orthodox Academy of Crete...