On Saturday afternoon, June 18, 2022, Patriarch Theophilos of Jerusalem was invited to bless a concert at the Notre-Dame hotel, which consisted of most of the great spiritual compositions of the great composer Sergei Rachmaninov.

The musical concert was held for the centenary anniversary of the founding of the Russian Orthodox Church Outside Russia (ROCOR) and the one-hundred and fiftieth anniversary of the birth of the great composer Sergei Rachmaninov. The concert was given by the male choir under the name of Fr Tychon, led by the talented maestro Ekaterina Antonenko, of Petram Male Choir and by the soloists Igor Morozov (tenor) and Evgeni Kachurovsky (baritone), as appearing on the program, who delivered the parts; 1. “Come let us worship”, 2. “Bless the Lord, O My Soul”, 3. “Blessed is the Man”, 4. “Rejoice, O Virgin”, among others.

The concert was attended with utmost attention and silence by the Patriarch of Jerusalem with His Entourage, the Head of the Russian MISSIA of the Moscow Patriarchate Archimandrite Alexander, the Russian Ambassador, Anatoly Victorov, the Abbesses of the Monasteries of Ein Karem and the Mount of Olives, Nun Ekaterina and Nun Barbara, along with many other nuns and a large audience of the laity.

This unique ceremony was widely applauded, while the Patriarch said: “This concert, held today at the end of Pentecost, has highlighted the polyphony of Pentecost day, which by the Holy Spirit concludes to the symphony of the languages”. 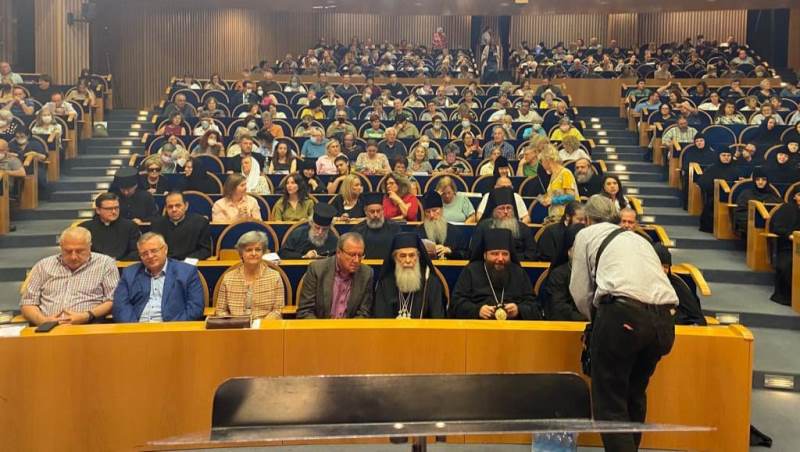 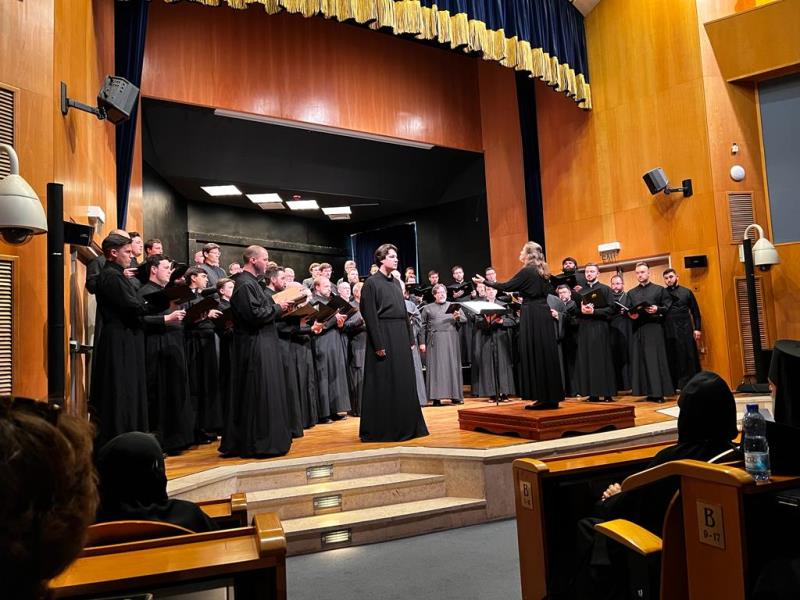 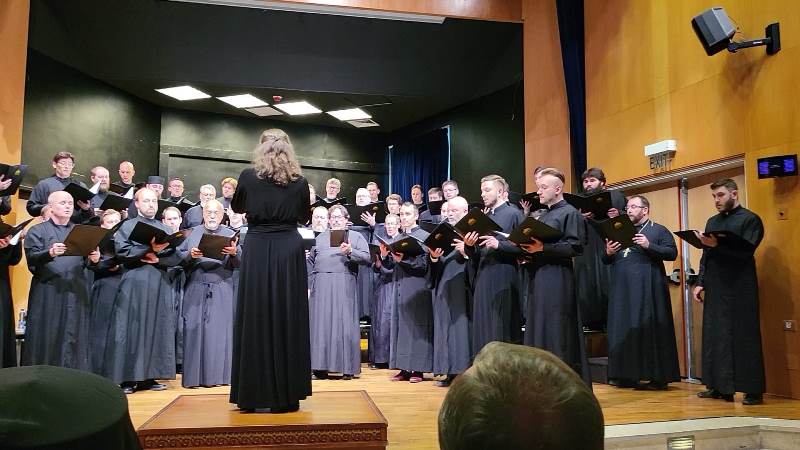 Archbishop of America: I pray that your path ahead may be smooth