On Saturday, August 13, 2022, Metropolitan Kyriakos of Nazareth went to the city of Beer Sheva, the capital of the desert of the Negev in southern Israel, and celebrated the Divine Liturgy in memory of the Holy Martyrs Maccabees, their mother of Solomoni and their teacher Eleazar in the rented house, which serves as a temporary building of the church, until the Lord allows to erect the Triune Holy Church of Beer Sheva.

Co-celebrants to the Metropolitan were the Hegoumen of Rafidia, Archimandrite Leontios, the Economos Fr. Spyridon of Nazareth, and the Economos Fr. Alexander Yasevich, the ministering Priest of Beer Sheva.

The Divine Liturgy was attended by an official guest, the Consul of Greece to Tel Aviv, Mr Anastasios Konstantaras, representative of the Ambassador of Greece, Mr Kyriakos Loukakis.

At the Divine Liturgy the chanting was delivered in Slavonic, Greek, Romanian and Arabic, by all the members of the Greek Orthodox Russian-speaking Parish, under the direction of their Hegoumen, Archbishop Aristovoulos of Madaba, who also delivered a Sermon in Russian.

At the end of the Divine Liturgy, Archbishop Aristovoulos of Madaba hosted a meal for the Metropolitan and his Entourage. 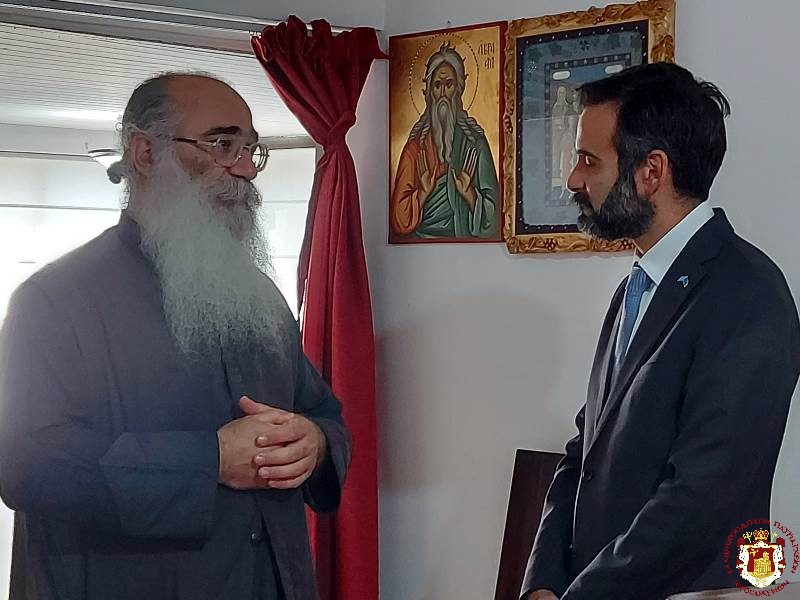 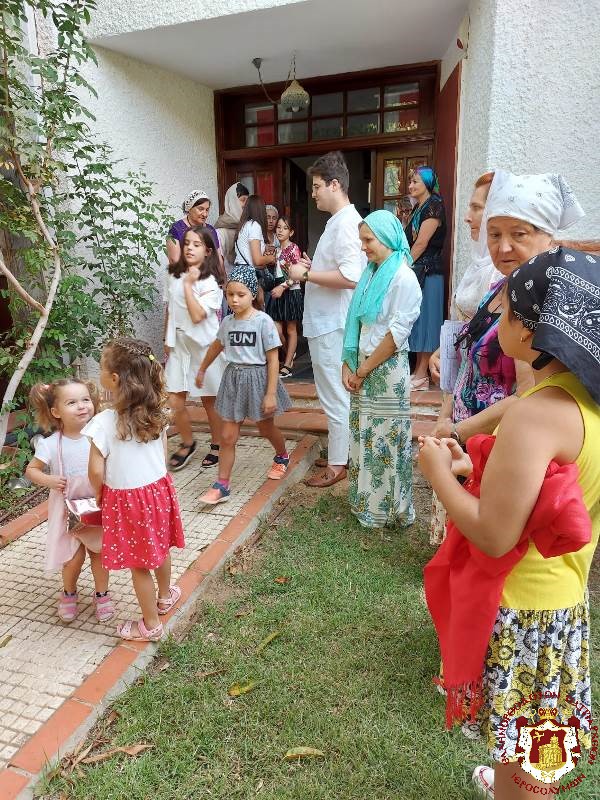 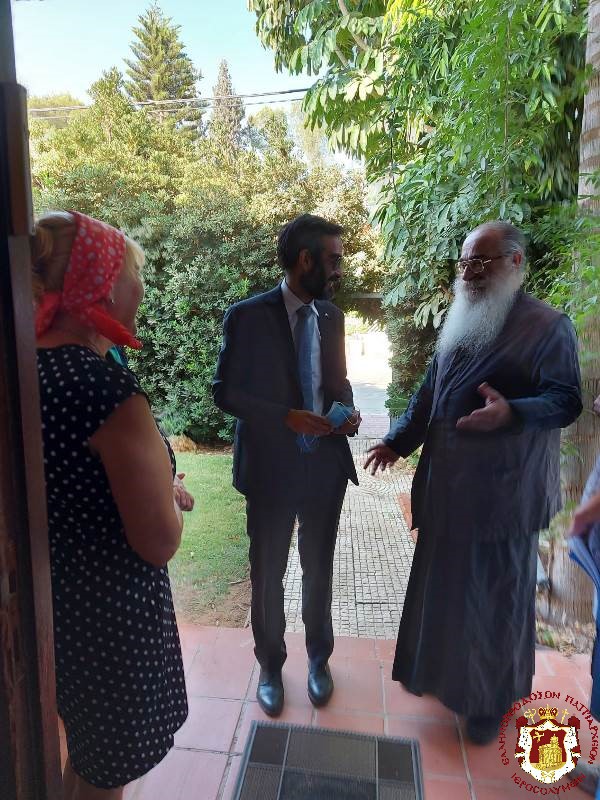 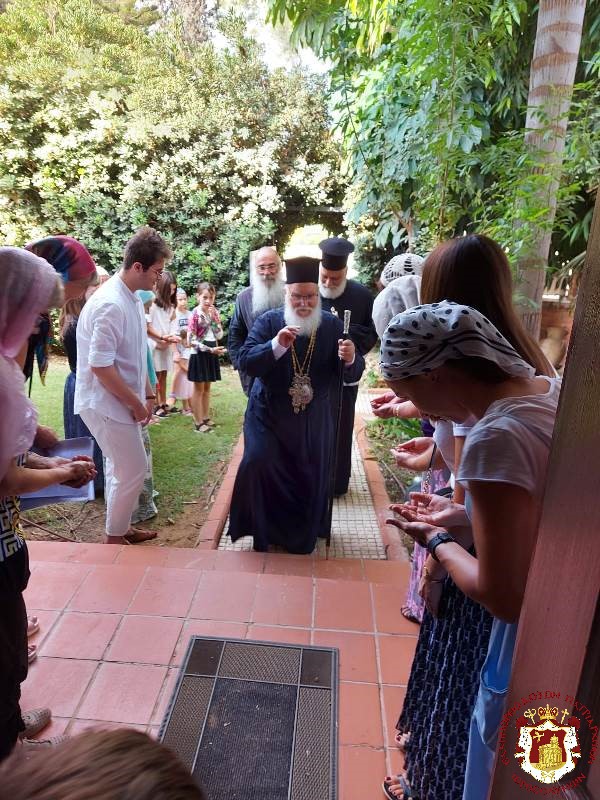 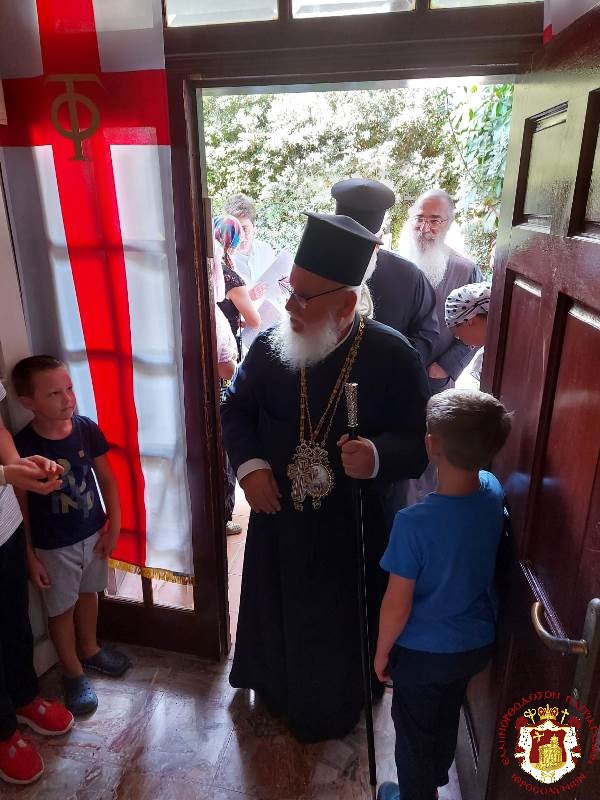 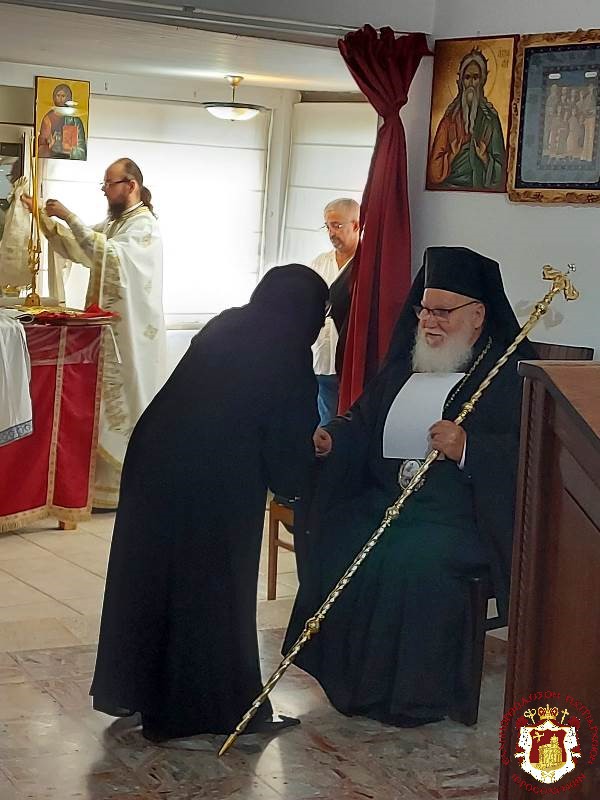 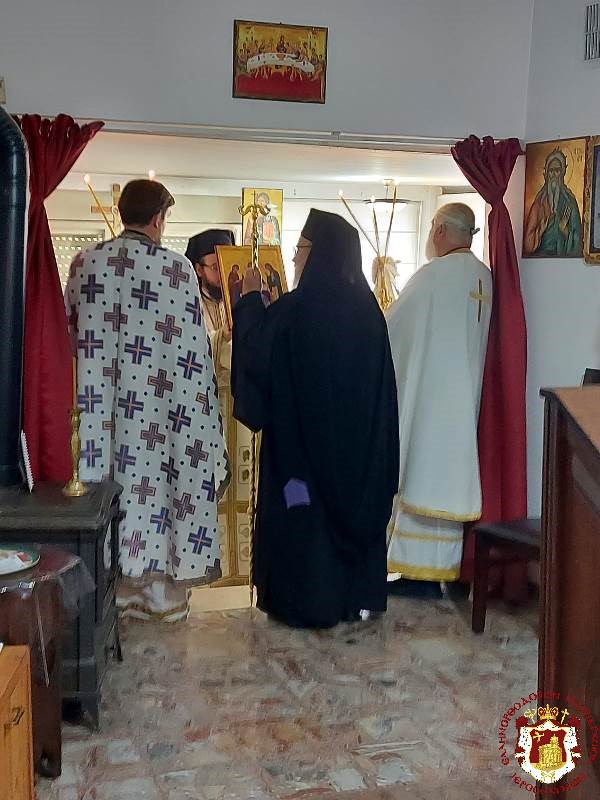 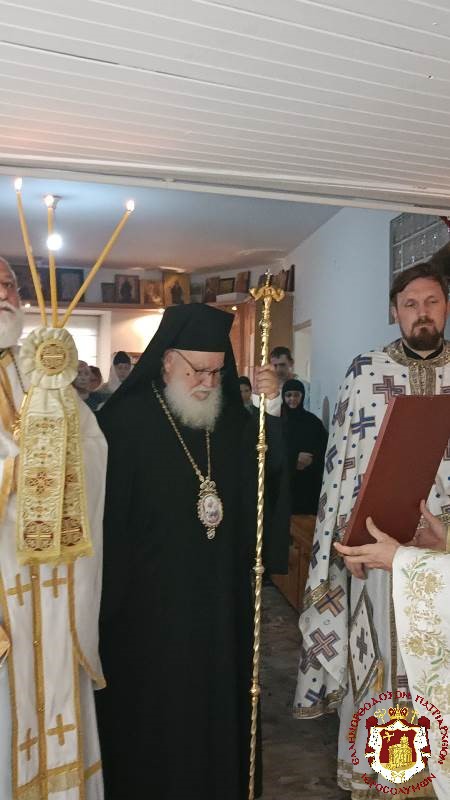 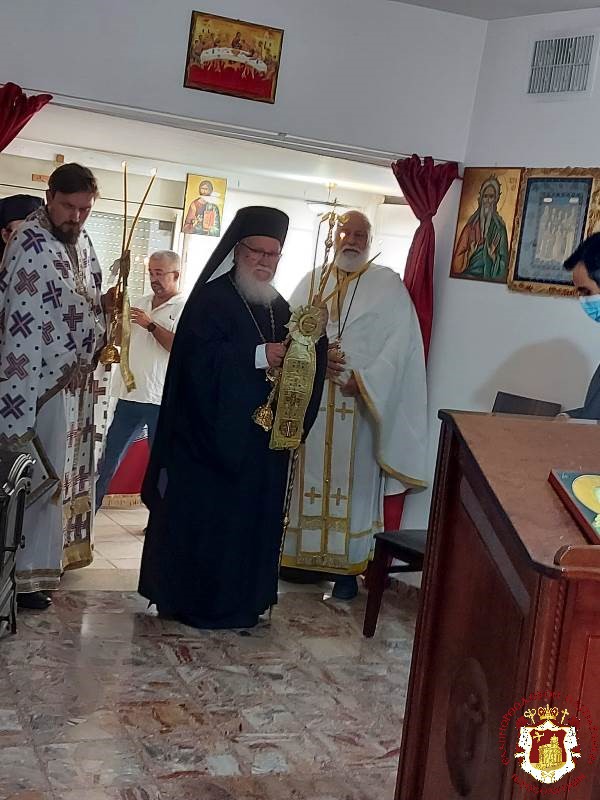 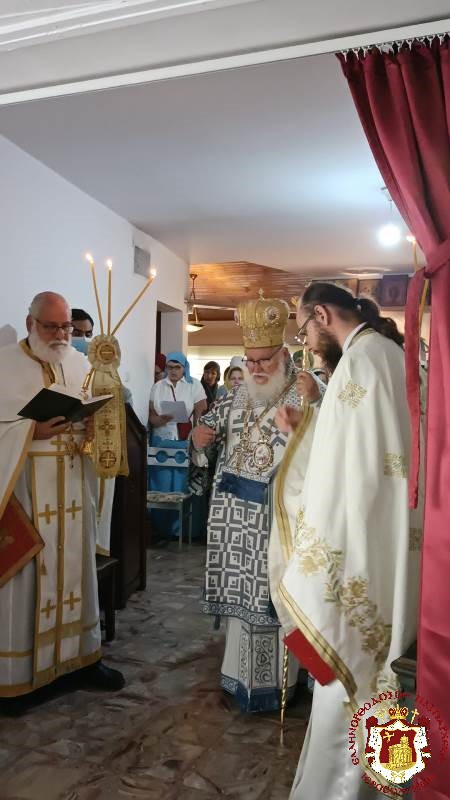 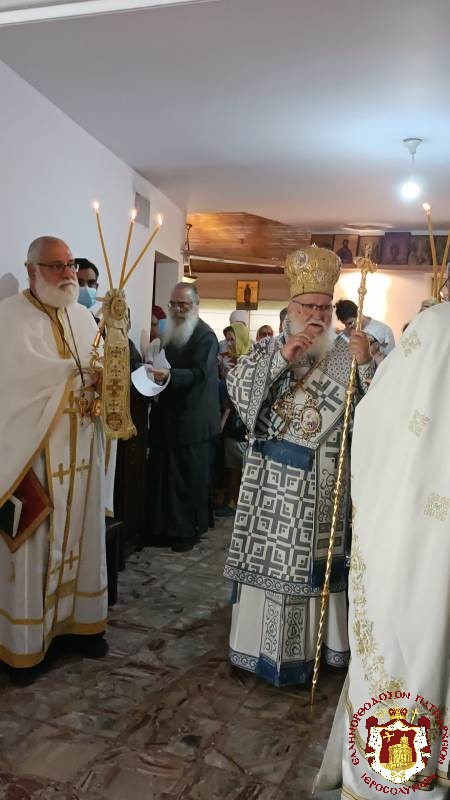 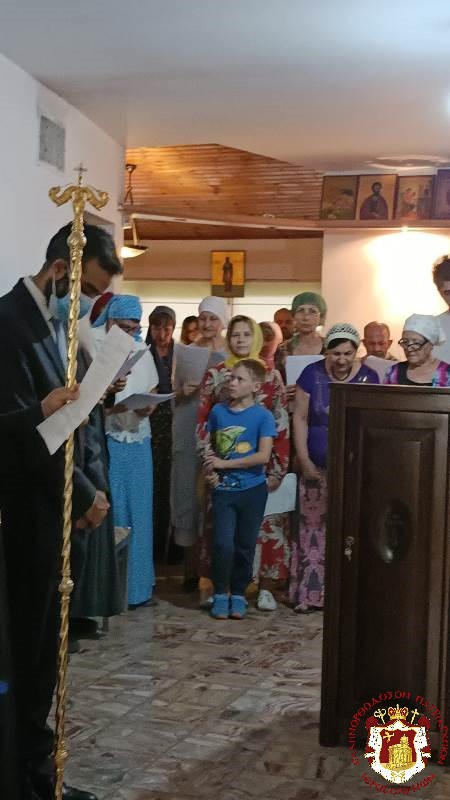 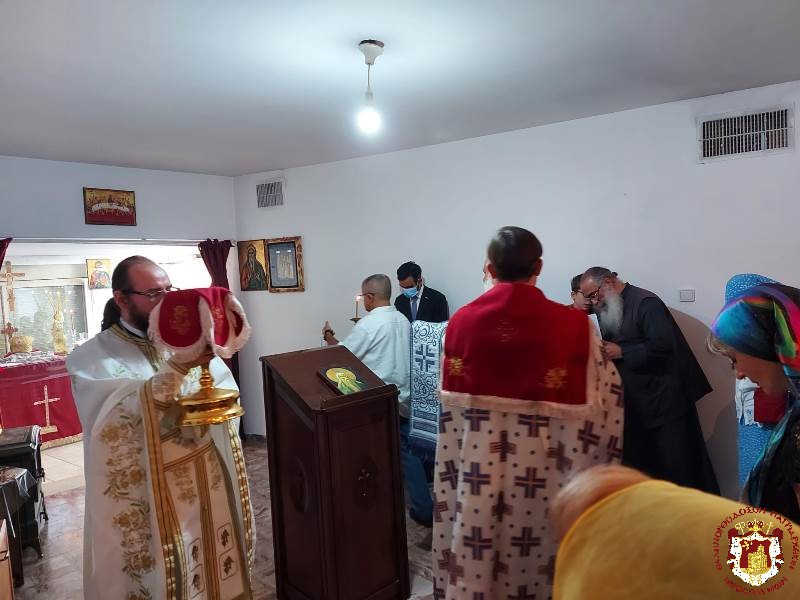 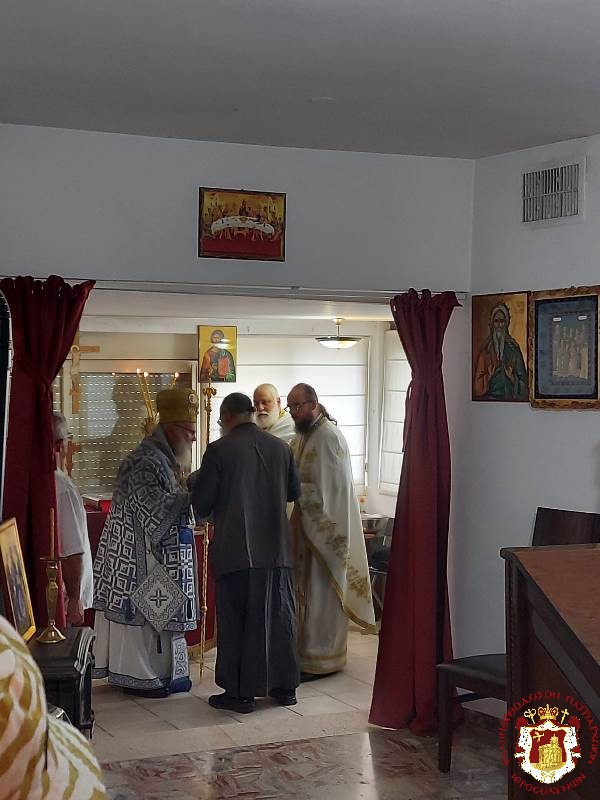 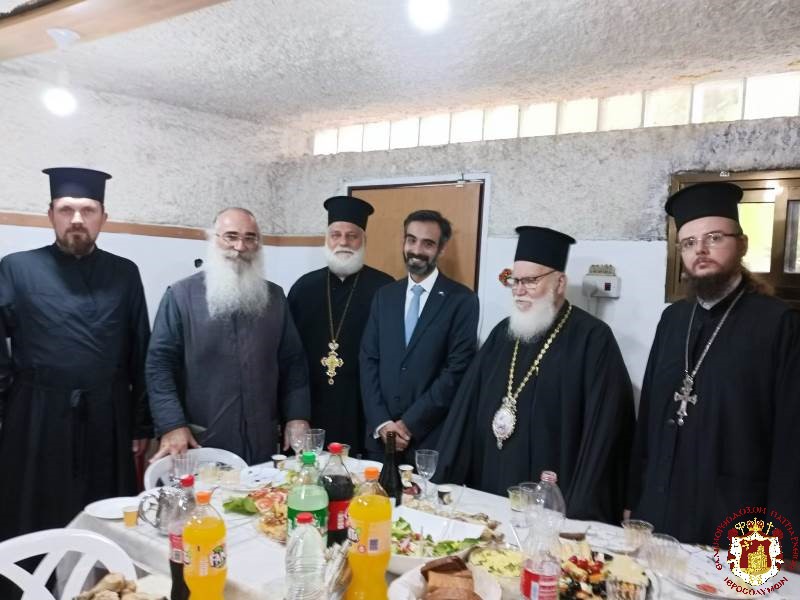