The feast of the Apodosis of the Dormition in Jerusalem (VIDEO)

The Procession began after the Divine Liturgy at the Tomb of the Theotokos which was presided over by the Master of Ceremonies Archimandrite Bartholomew.

The Procession was presided over by the Hegoumen of Gethsemane, Metropolitan Joachim of Hellenoupolis, holding the icon before his chest, surrounded by Priests and Community Representatives, in which dressed priests, monks and nuns marched in line, and in which believers followed on the right and left, reverently venerating the icon of the Mother of God.

The Procession passed through the Monasteries of Saint Stephen, Joachim and Anna, Saint Nikodemos, Praetorium, Saint Charalambos, and Panagia Saydanaya, where prayers were recited and the Dormition troparia were chanted.

In the Christian Quarter, the people and the youth received the holy icon, singing, drumming, and dancing.

At the junction of the Christian Way and the Way of the Patriarchate, the icon was received by the Holy Sepulchre Brotherhood under His Beatitude, our Father and Patriarch of Jerusalem, Theophilos after the Fathers of the Synod, and revered it.

Passing below the Monastery of Megali Panagia, the Procession entered the courtyard of the Church of the Holy Sepulchre with prayers.

Afterwards, the icon was placed in the chapel of the Metochion of Gethsemane opposite the Church of the Resurrection, where priests and Orthodox believers venerated the icon, honoring the Mother of God. 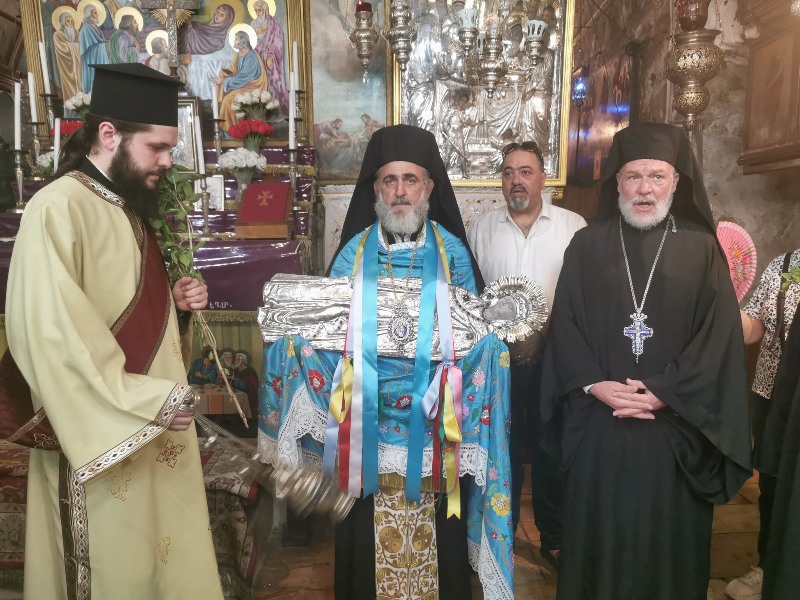 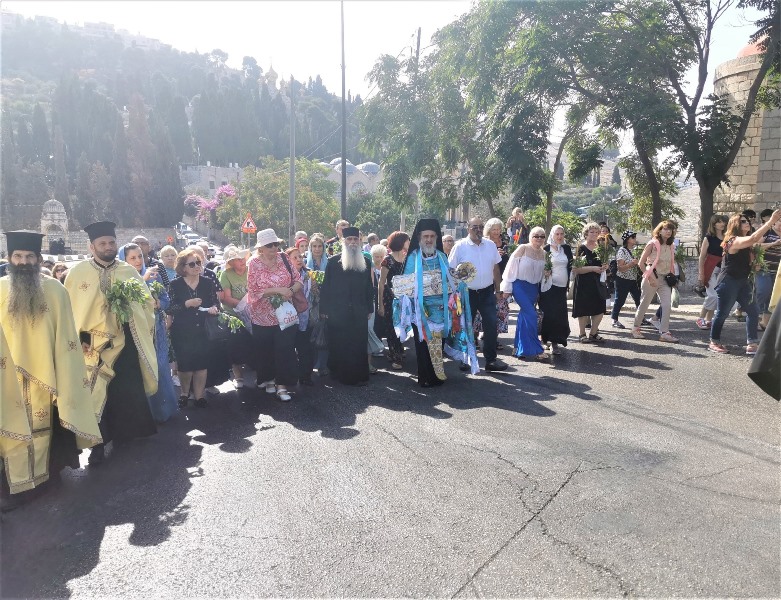 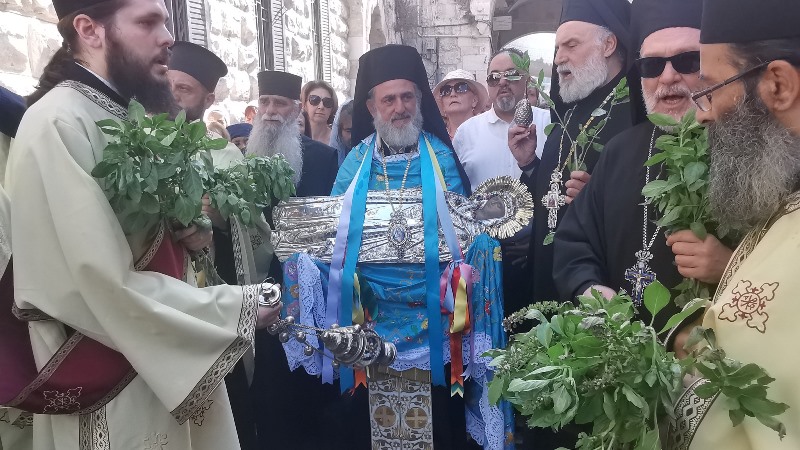 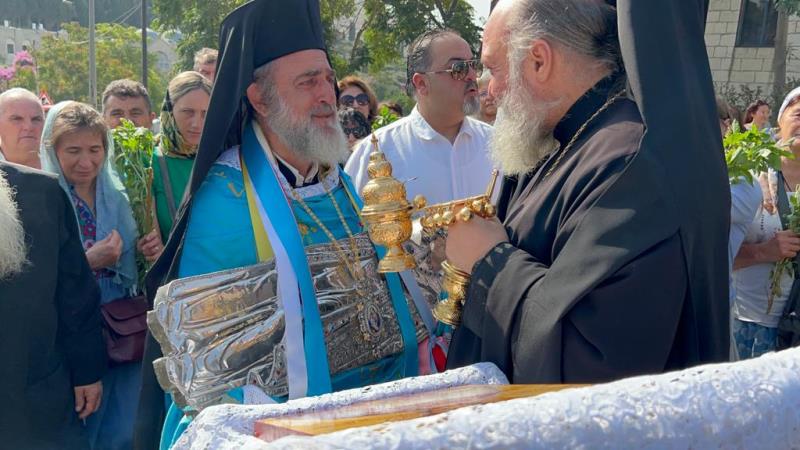 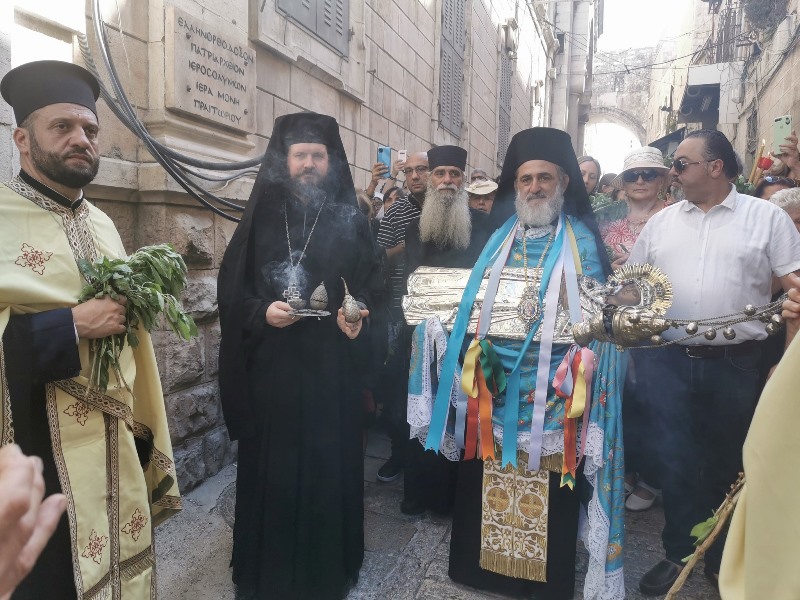 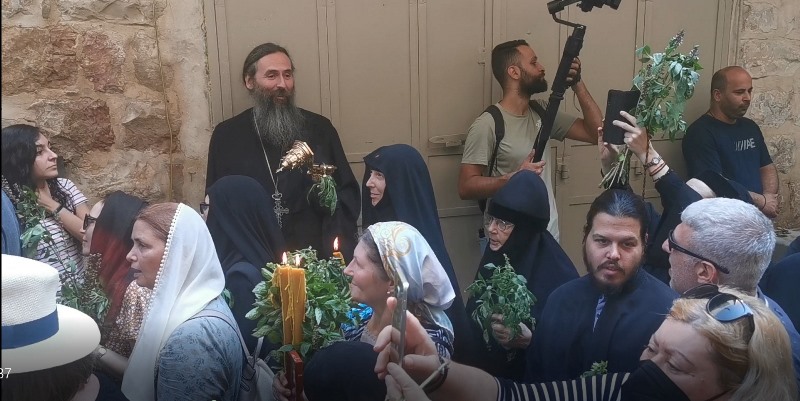 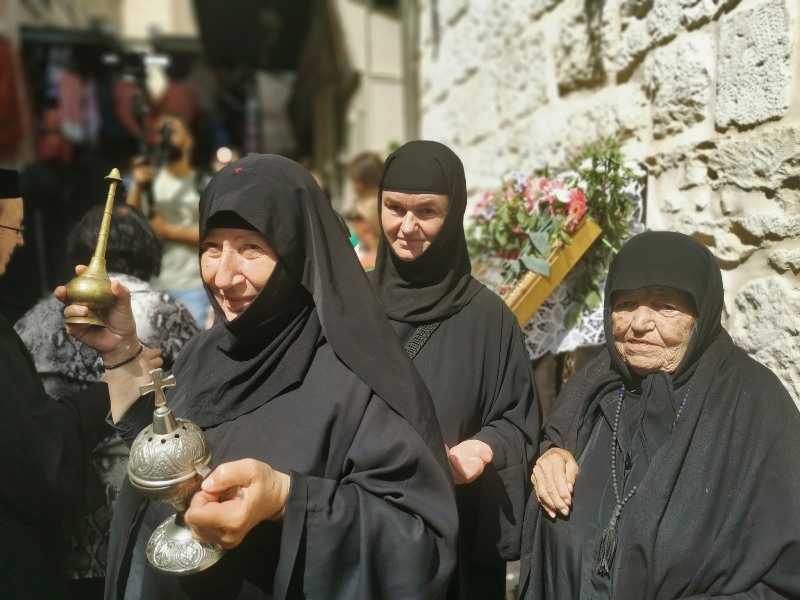 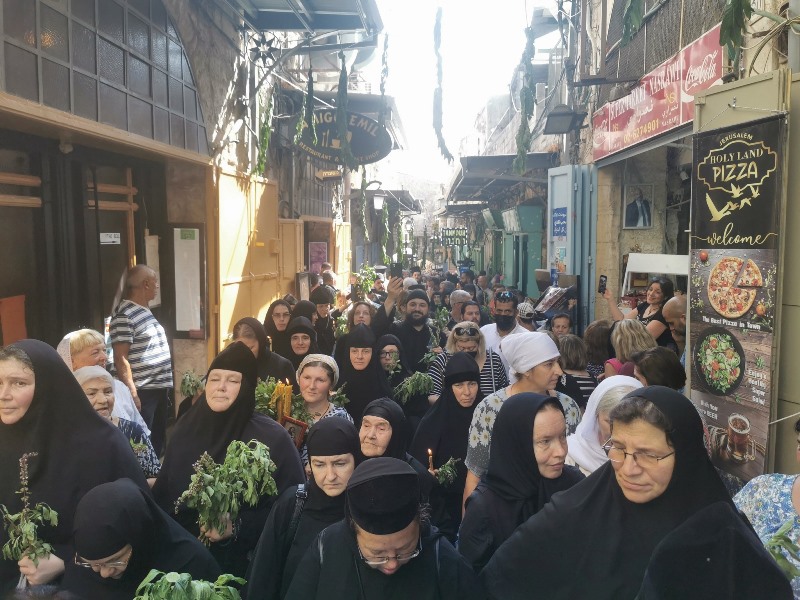 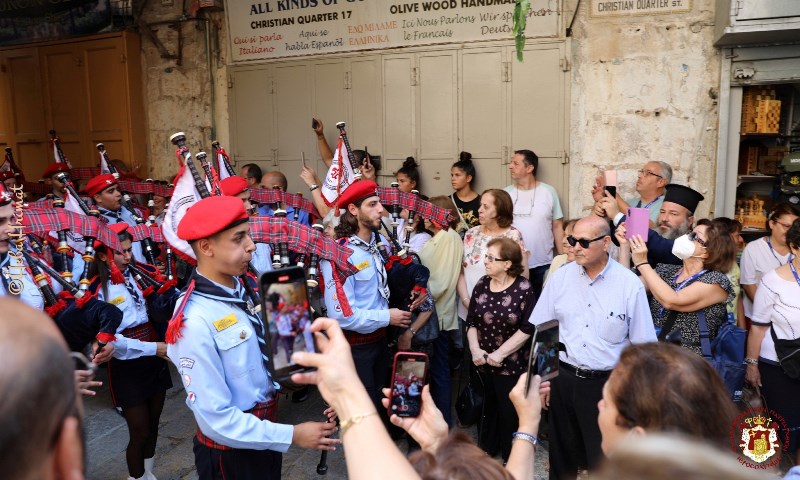 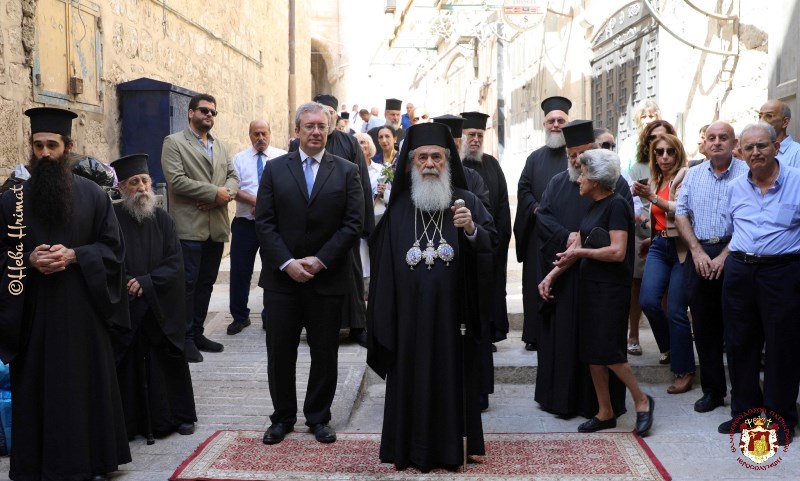 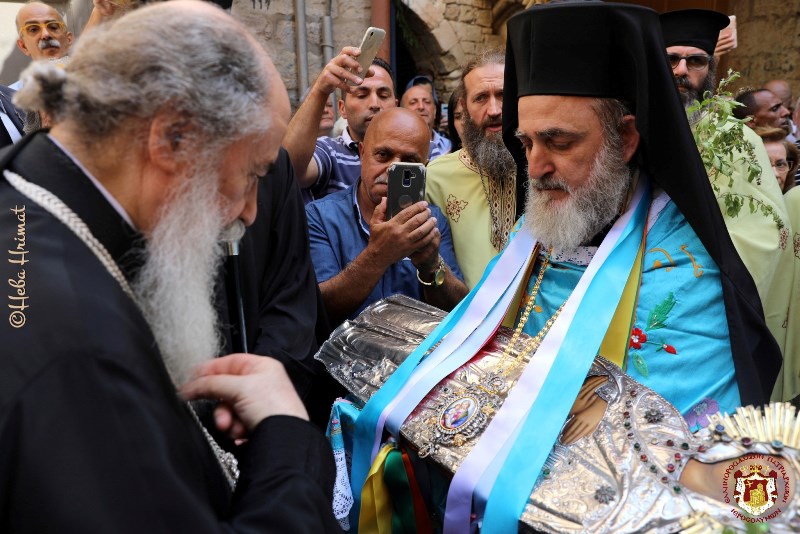 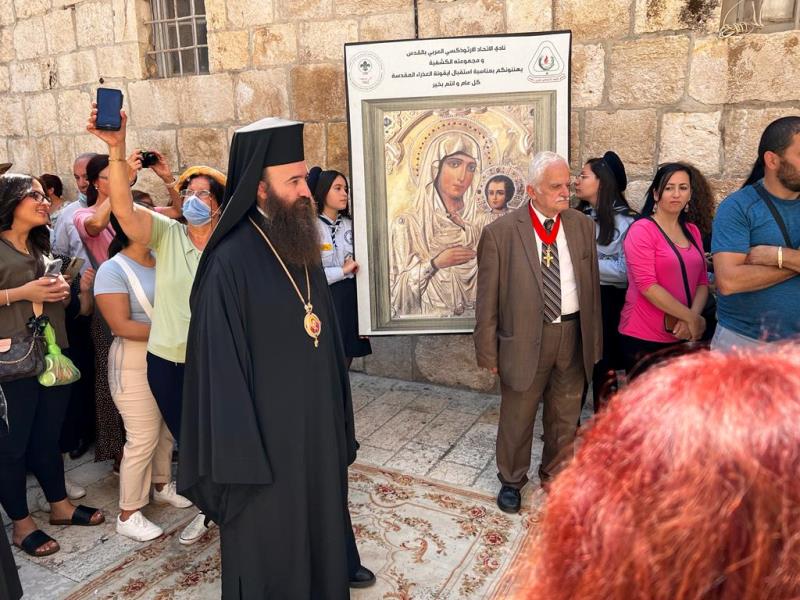 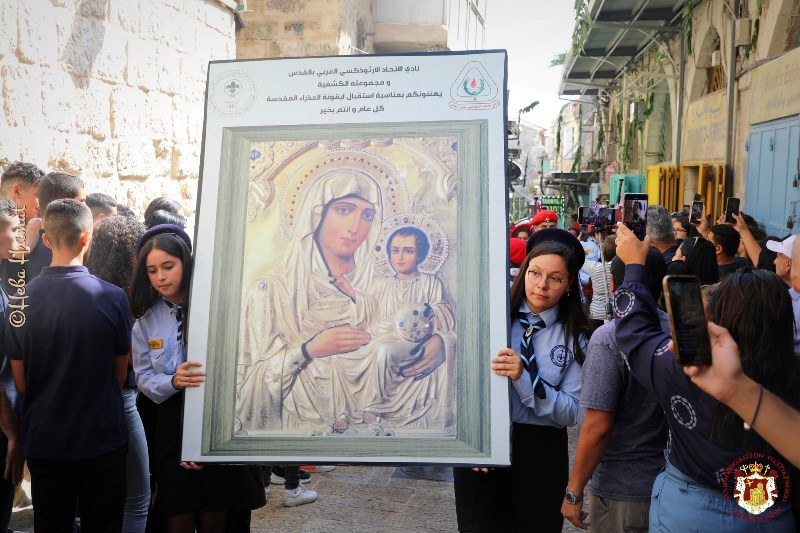 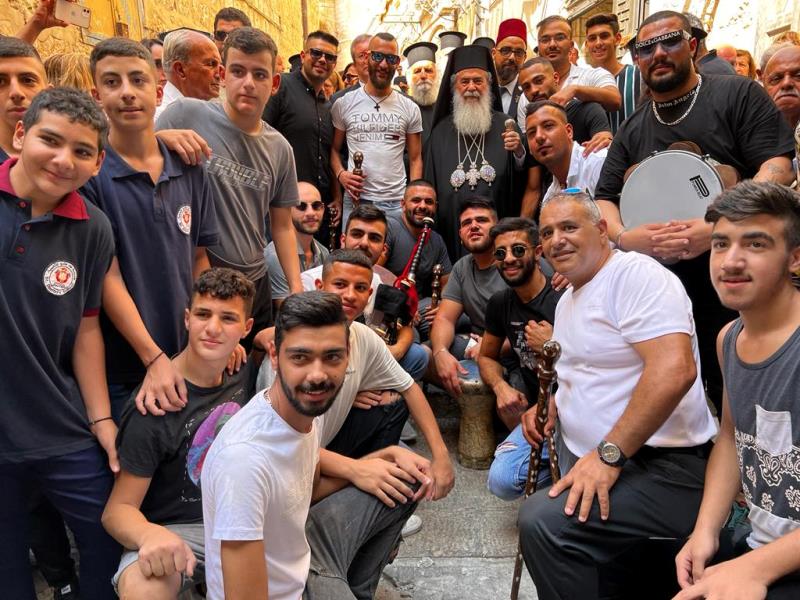 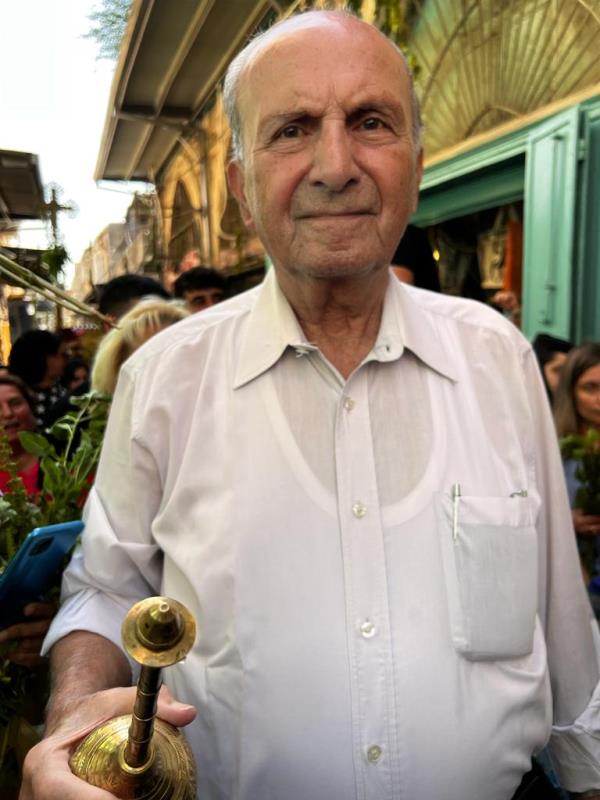