On Sunday, September 11, 2022, the commemoration of the beheading of the Holy Forerunner and Baptist John was held at the Patriarchate of Jerusalem.

During this feast, the Church, especially that of Jerusalem, remembers that Saint John the Baptist, “clothed with a mantle and eating locusts and wild honey”, (Matthew 3:4), calls the multitudes to repentance, “he showed with his finger Jesus as the Son of God, who takes away the sin of the world”, he criticized Herod for living with Herodias, his brother’s wife (Matt. 14:3). Herod was controlled by John, but he also respected him, when, however, “he celebrated his birthday”, (Mat. 14,6) Salome, the daughter of Herodias, danced and Herod liked her, and he promised to give her even half of his kingdom. The insolent girl, brought forward by his mother, asked for “John’s head on a pinnacle” (Matthew 14:7). Herod felt sorry, but because of “the oaths and the witnesses” he ordered the dissection of John’s head and brought it to the girl as an offering, and the girl offered it to her mother.

The Patriarchate of Jerusalem honoured “the greatest born among women” with Vespers and the Divine Liturgy, presided over by Archbishop Theodosios of Sebasteia in the old Church dedicated to the Saint in the Old City, which has been renovated and decorated by the Hegoumen Archimandrite Bartholomew. Co-celebrants to the Archbishop were the Archimandrites Klaudios, Meletios and Dionysios, Archdeacon Mark and the visiting priest of the Church of Greece Antonios. The chanting was delivered by Mr Vassilios Gotsopoulos, as the service was attended by monks, nuns, pilgrims and the Consul General of Greece in Jerusalem Mr Evangelos Vlioras.

During the Divine Liturgy, Patriarch Theophilos of Jerusalem came for veneration, accompanied by Hagiotaphite Fathers.

The Patriarchal and Episcopal entourages and the congregation were offered a reception by the hardworking Hegoumen Archimandrite Bartholomew. 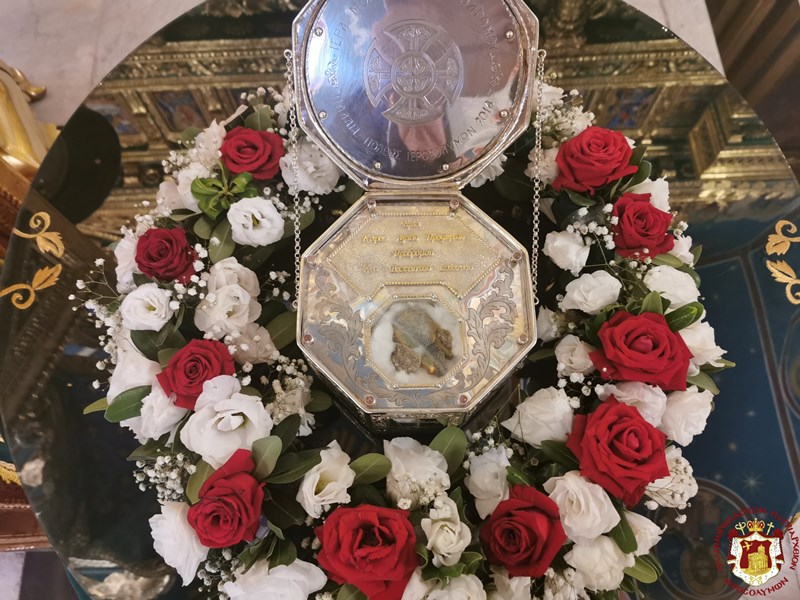 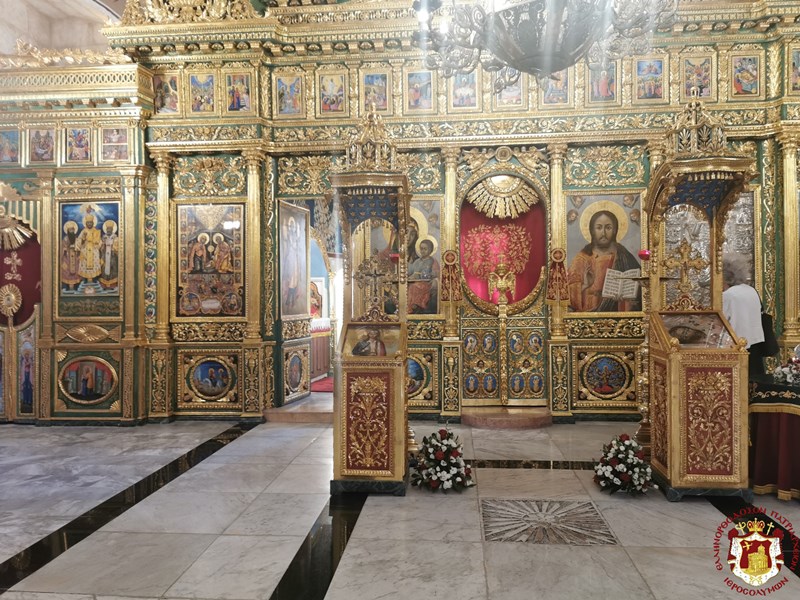 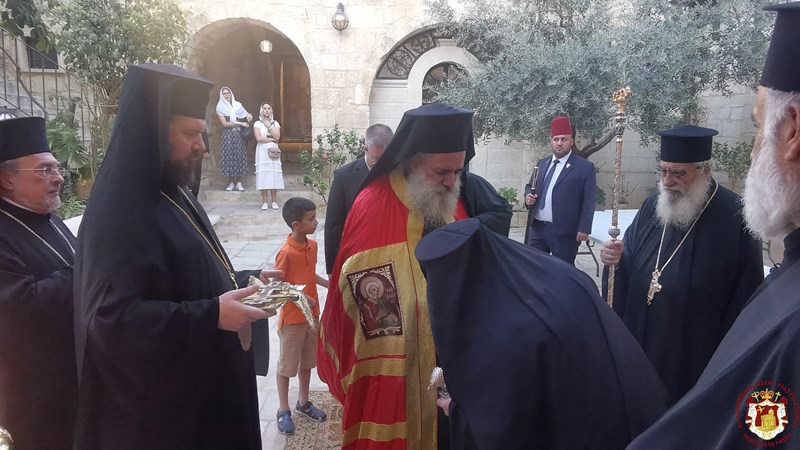 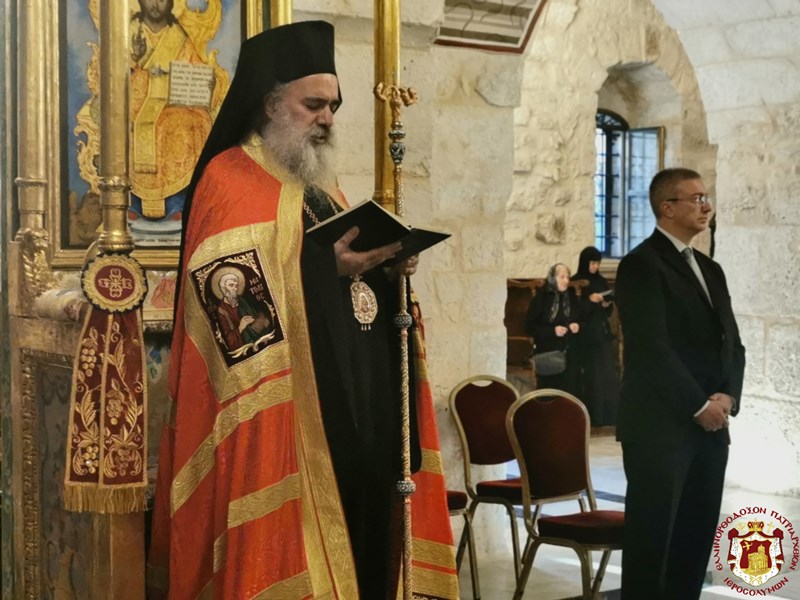 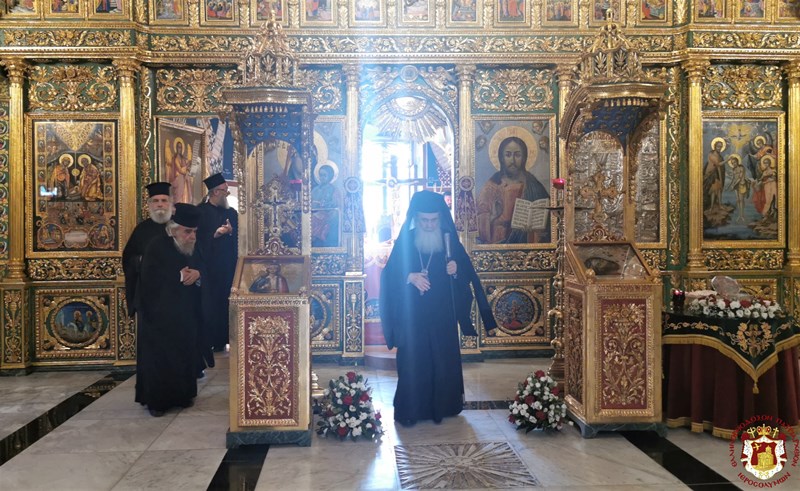 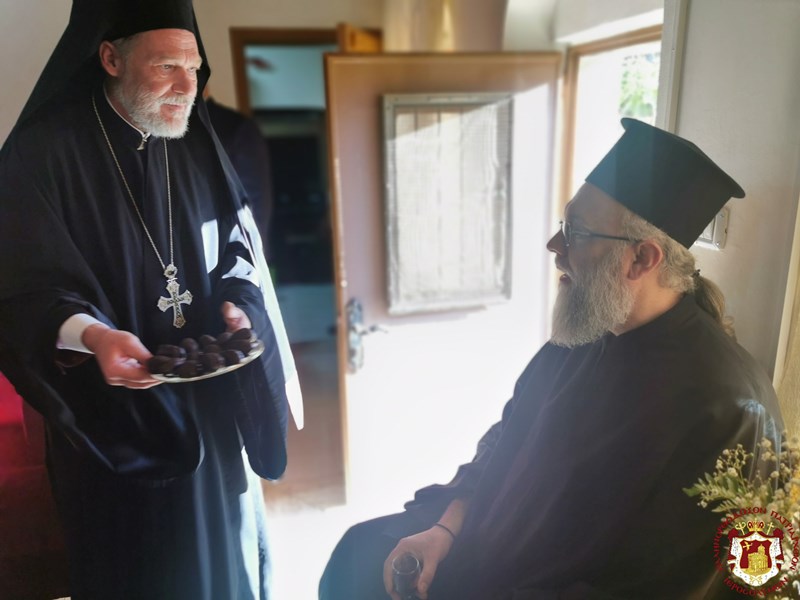 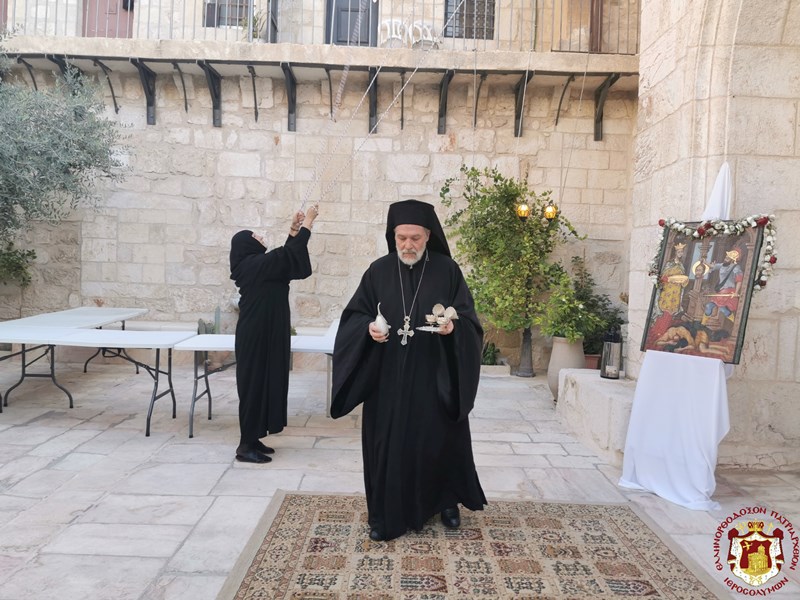 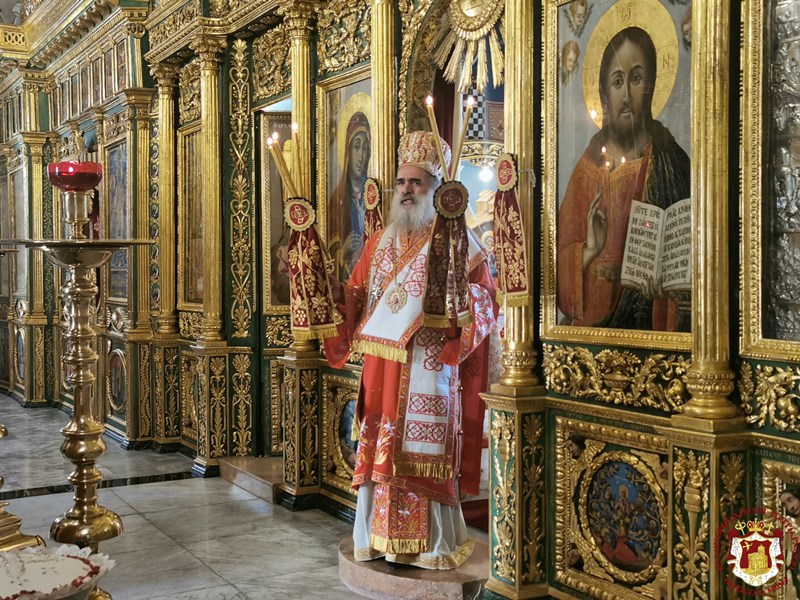 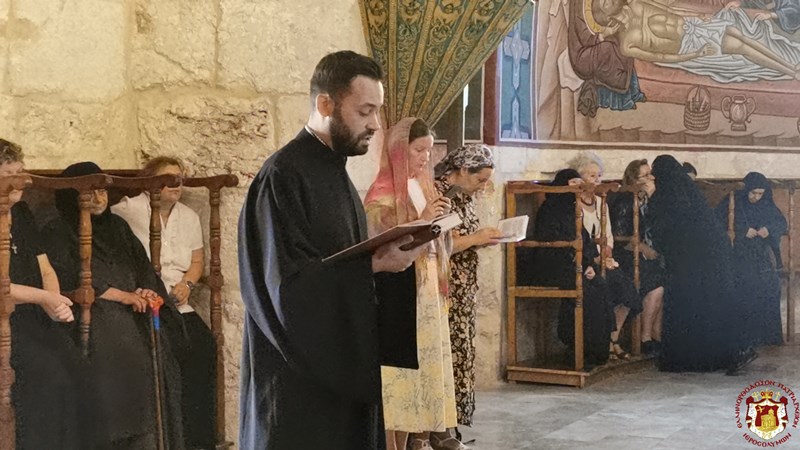 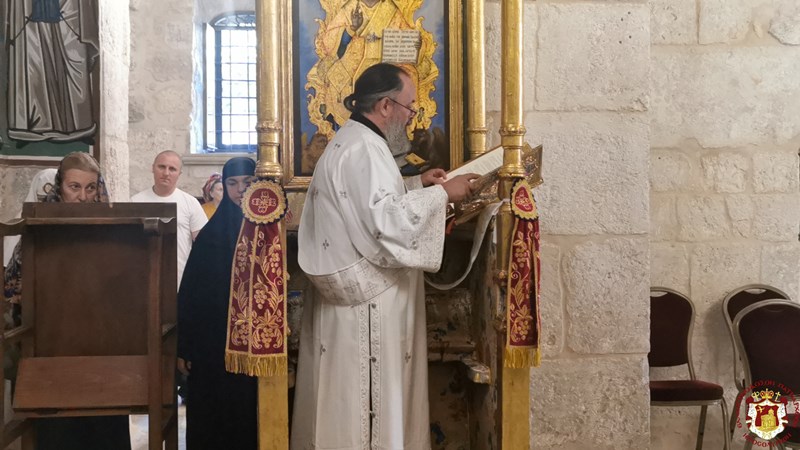 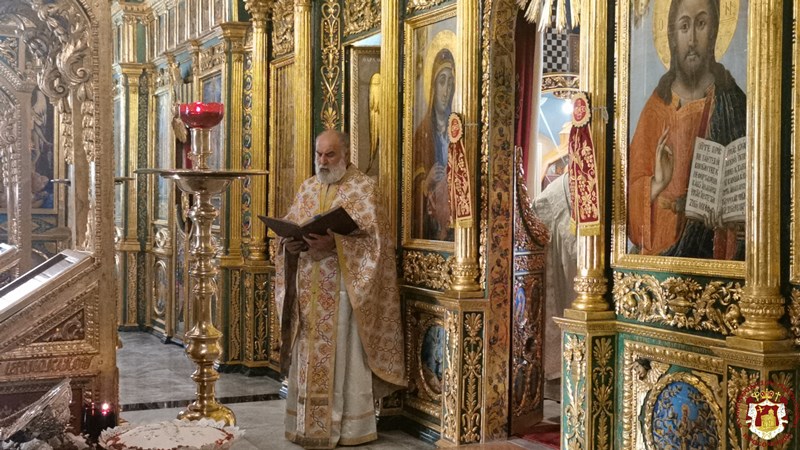 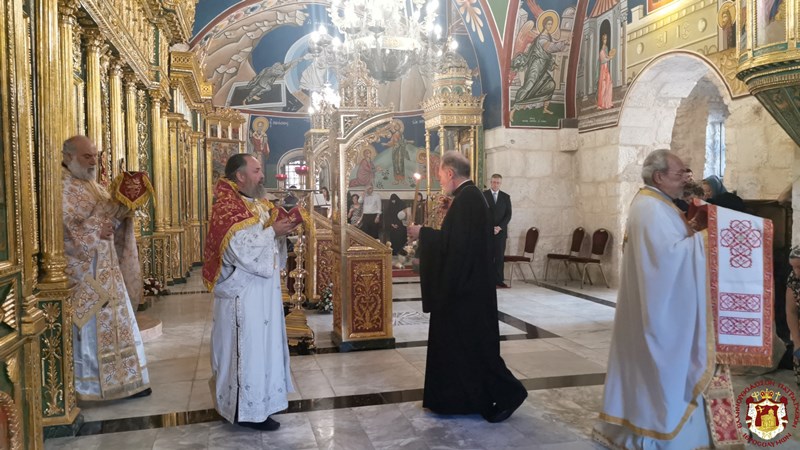 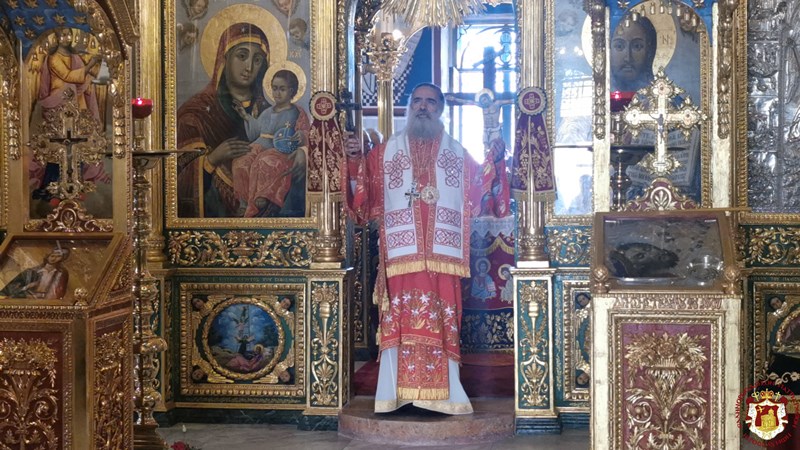 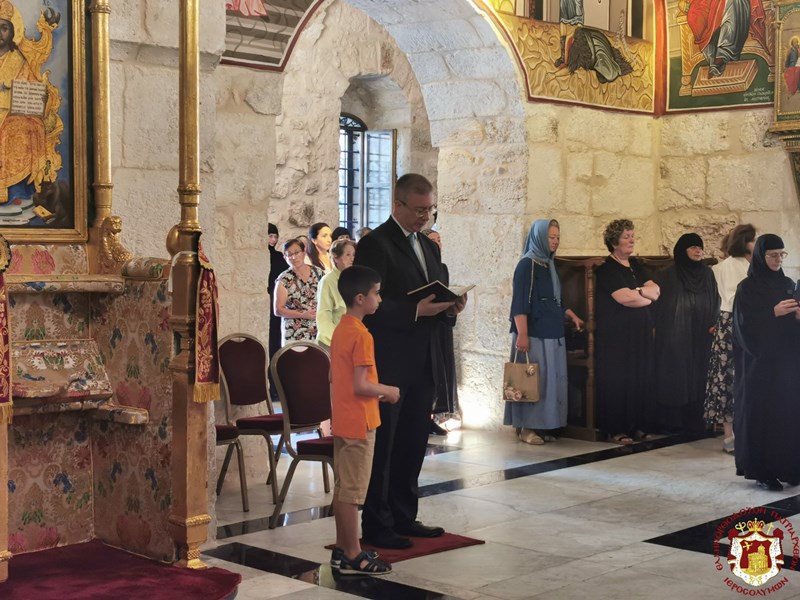 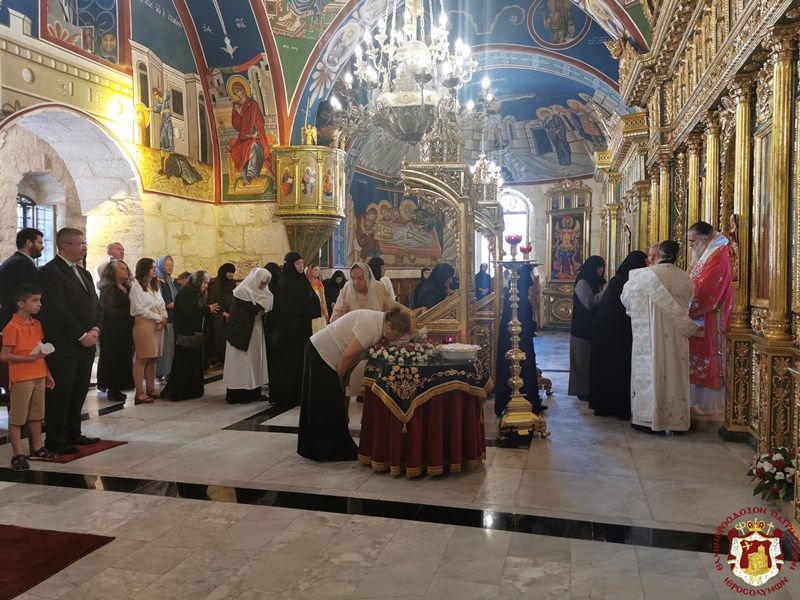 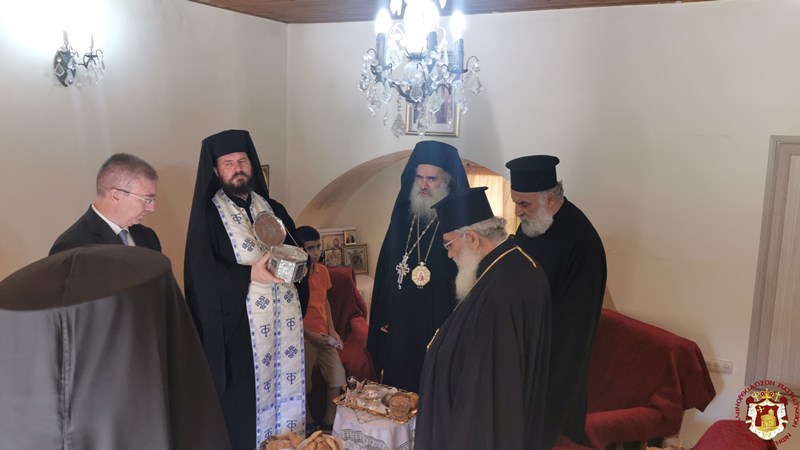 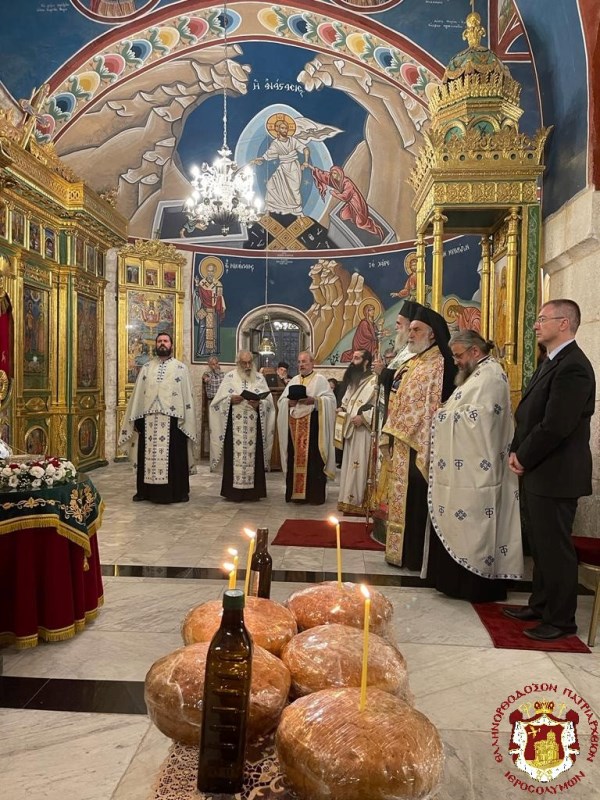 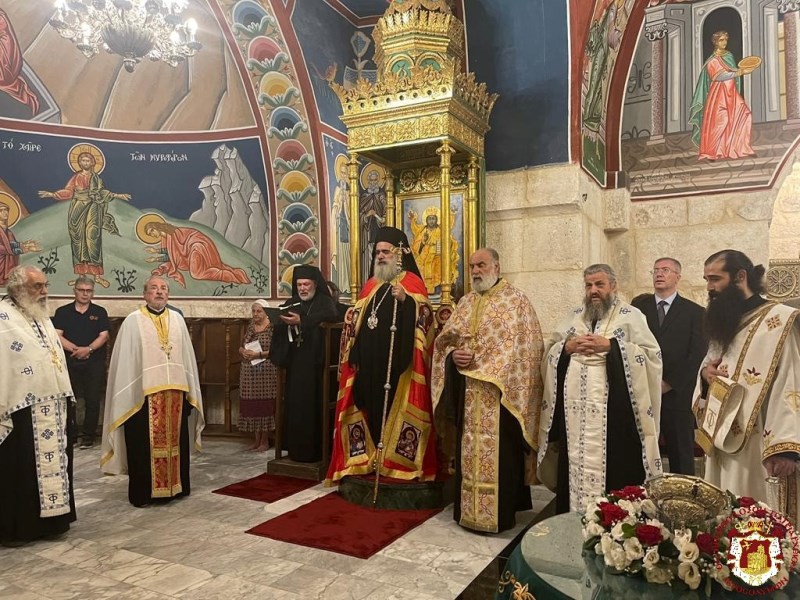 Tags: Archbishop Theodosios of SebasteiaPatriarch Theophilos of JerusalemPatriarchate of Jerusalem