On Thursday evening, April 28, 2022, the presentation of the publication of the “Service of the Holy New Martyrs of Cairo Gabriel and Kyrmidolis” was held in the modern Patriarchal Center for Studies and Dialogue of the Holy Patriarchal Monastery of St. George in Old Cairo, which was researched and edited by the Professor of Al Azhar University, Ioannis Fourtounas.

This interesting and important presentation of the “Holy Service”, which was published by the Patriarchate of Alexandria, was attended by Pope and Patriarch Theodore II of Alexandria and All Africa, accompanied by the Metropolitan Nikodimos of Memphis and Patriarchal Commissioner of Cairo, Bishop Nicodemos of Neiloupolis, and a number of priests.

The Host of the event and Abbot of the Holy Patriarchal Monastery of St. George, Archimandrite Fr. Damaskinos, after welcoming the attendees, said that “it is a special blessing, a special honor, and a bright spot in the history of the Patriarchal Center for Studies and Dialogue, the choice of His Eminence to present today the Service of the Holy New Martyrs of Cairo Gabriel and Kyrmidolis in it.”

Continuing his speech, he referred to the moral stature and the steely personality of the Holy New Martyrs Saints Gabriel and Kyrmidolis saying that “with today’s presentation of the service on the occasion of the completion of five hundred years of the martyrdom of Saints Gabriel and Kyrmidolis (1522-2022), gives us the opportunity to invoke their legacies, to feel their living presence in our lives and at the same time to feel proud of these spiritual personalities who neither betrayed the faith nor feared death but remained steadfast in their mission in the Orthodox Church.

This was followed by the screening of a particularly informative documentary about the life and work of the Holy Neomartyrs, the narration of which was based on extracts from an extensive and published study of the Great Ecclesiarch of the Patriarchate of Alexandria, Archimandrite Stephanos.

Afterwards, the speech was taken by the editor of the Patriarchal edition of the Holy Service, Professor John Fourtounas, who said, among other things: “Their tomb is a living testimony to the presence and cross-rising course, through the centuries, of our Patriarchate from its foundation by the Apostle Mark to the present day. It is also a living testimony to the unconcealed lamp of the Patriarchal Monastery of St. George, which for so many centuries has been a ray of spiritual light to all people, as well as a monument to the meeting of great cultures, a monastic ark of Orthodoxy, but above all a piece of your loving heart.”

He thanked from the bottom of his heart Patriarch Theodore II of Alexandria and All Africa for entrusting the editing of this publication, Metropolitan Nicodimos of Memphis and Patriarchal Commissioner of Cairo for his support, as well as the Abbot of the Holy Monastery of St. George, Archimandrite Damaskinos, for facilitating this research in the library and archives of the Monastery.

Concluding his speech and addressing the Patriarch, Fourtounas said the following: “Your Eminence. This day will be engraved in the folds of my heart with golden letters, letters soaked with the richness of your soul, the tears of your prayers, and the sweat of the suffering of the mission on the black continent.”

The interesting event was closed by the Primate of the Alexandrian Throne who said that in this place we are accompanied by the Great Martyr St. George and the two other Saints, the New Martyrs Gabriel and Kyrmidolis, who are, as he said, children of Christ and if we take communion with the body and blood of Christ, these Saints shed their own blood for the love of Christ to be a consolation in our journey. To Professor John Fourtunas he said movingly, “You have come John, Man of God, on my Patriarchate, to bring out the Holy Scriptures of our Church”. And he gave everyone His blessing for their labors, but above all for the love, they show to the Saints.

Finally, the Patriarch stressed: “I want us to spread it everywhere so that the whole world may know that our Church, our Patriarchate is a Church of martyrs.”

He expressed, finally, his wish that the Holy Service be translated into Arabic so that the Arab Orthodox world can also learn about the life and work of the Holy New Martyrs Gabriel and Kyrmidolis. 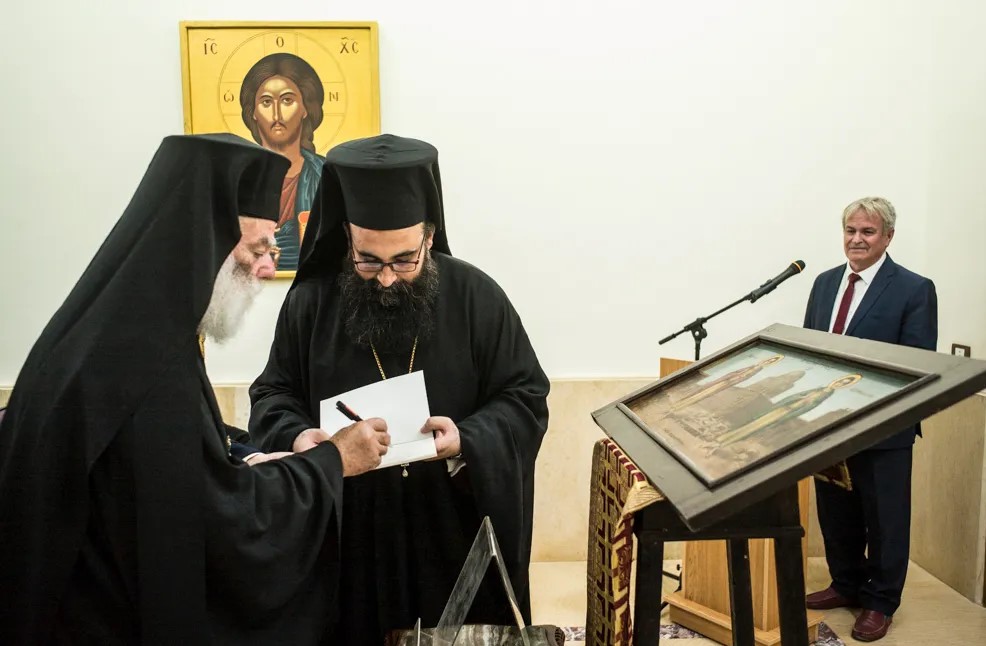 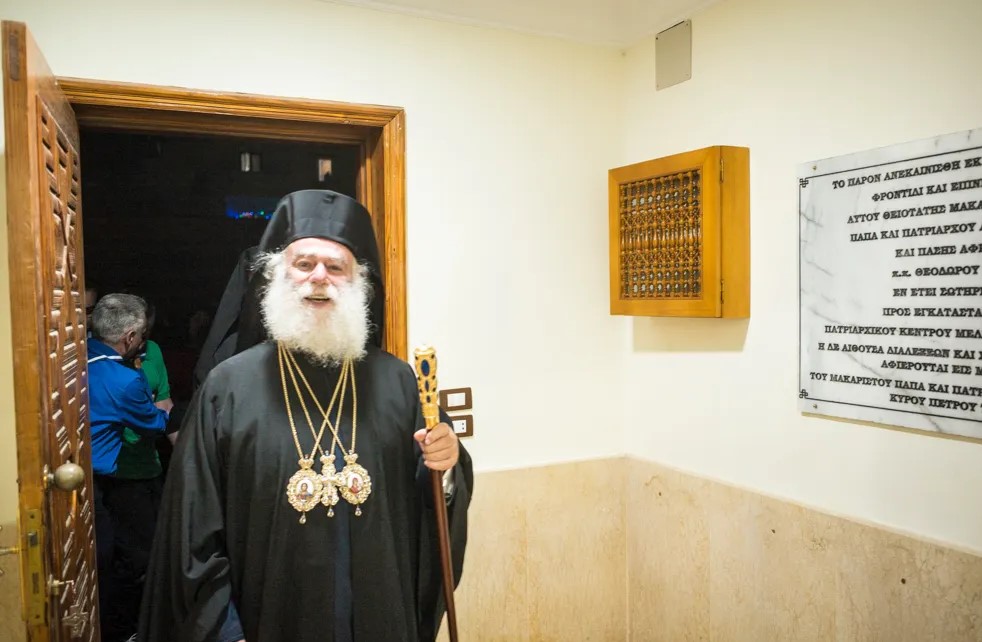 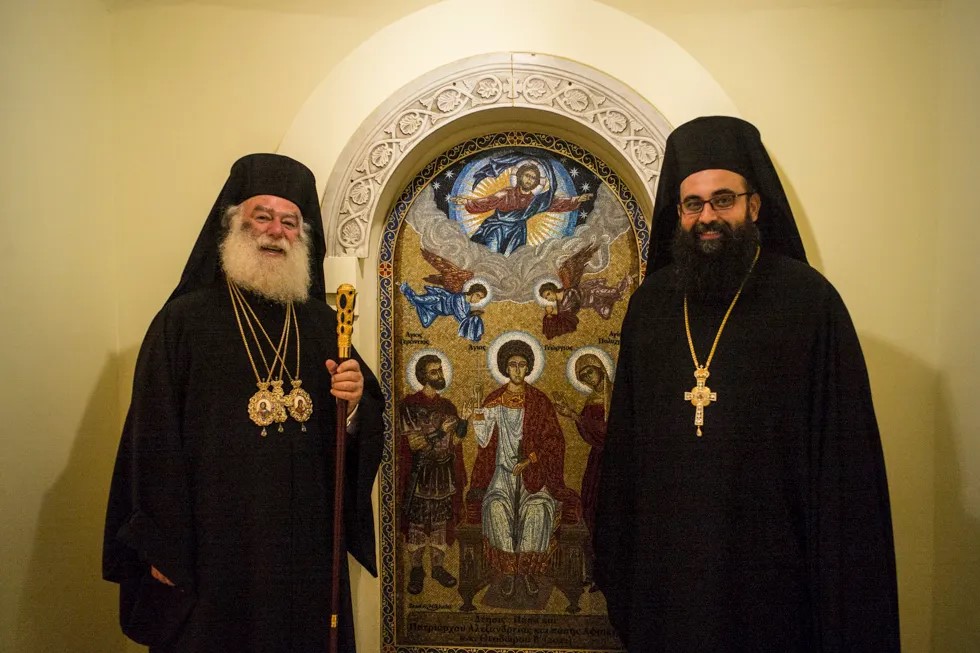 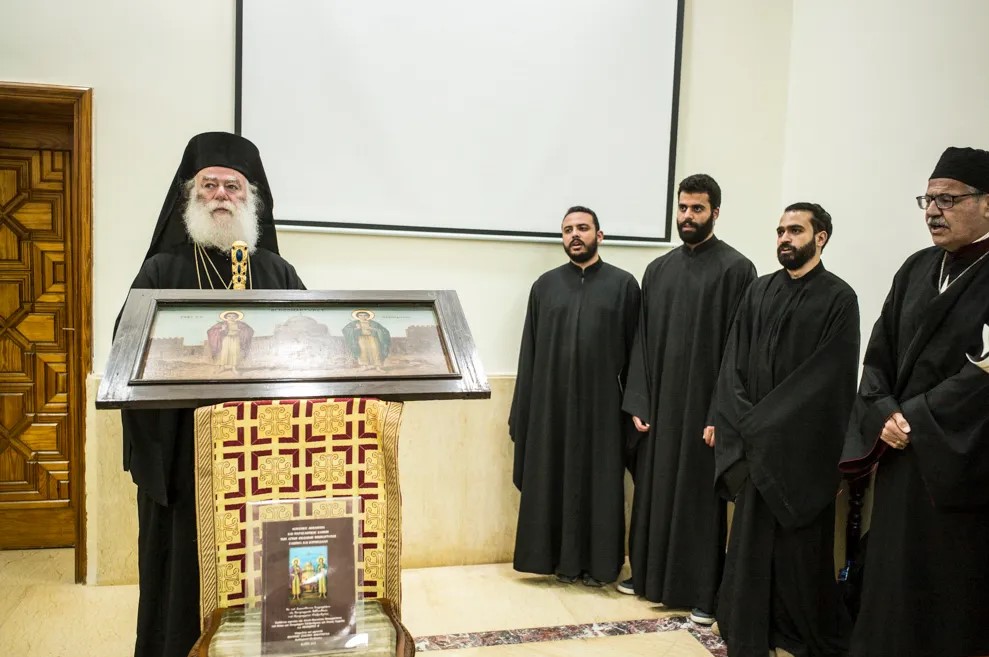 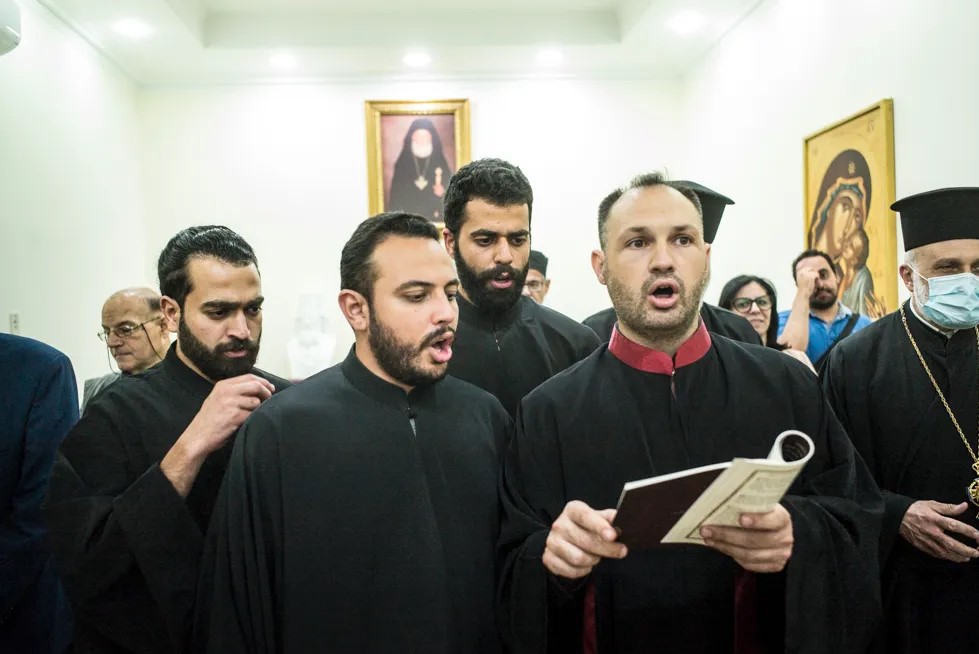 Pastoral visit to the celebrating Church of St Sergius in Colombelles

On Sunday, September 25, 2022, Metropolitan Demetrios of France celebrated the Divine Liturgy at the Church of Saint Sergius...

The Holy Metropolis of Smyrna announced that the Ecumenical Patriarch Bartholomew, during his forthcoming visit to the wider region...

At the beginning of the new academic year, Patriarch Daniel of Romania sent a message to all students, urging...

Archbishop Elpidophoros of America delivered a speech during the Centennial Banquet at the Community Center of Saint Demetrios Greek...

During the two days of October 18 and 19, 2022, at the initiative of Archbishop Makarios of Australia, the...

The Head of the EU Delegation to Turkey, Ambassador Nikolaus Meyer-Landrut, visited the headquarters of the Ecumenical Patriarchate on...