On the sad news of the passing to the Lord of the late blessed Archimandrite Panteleimon Poulos, former Preacher of the Holy Archdiocese of Athens, Patriarch Theodoros II of Alexandria and All Africa, served the Trisagio for the repose of his soul in the Holy Patriarchal Chapel of Saints Theodori within the Patriarchal Palace of Alexandria.

The Patriarch was moved and referred to the passionate preacher of practical love, with whom he had been spiritually connected since the years of his priestly ministry in Spili Rethymnon (1975- 1985), where he had met him together with the venerable Metropolitan Cleopas of Thessaliotis. He emphasized that he loved the missionary service to the “sitting in darkness and in the shadow of death” (Mt. 4, 15-16) suffering human being everywhere on earth, that is why for many years he became the enlightened soul, the inspiration and the silent movement of a coordinated sacrificial offering of goods to the Orthodox Mission around the world, especially to Africa.

In conclusion he sketched the personality of the late blessed Levite emphasizing that “he was pure, blameless, honest and unpretentious. He loved and honored the Patriarchate of Alexandria, without seeking ecclesiastical offices and honors. For his ethos and fruitful contribution, the Patriarchal Throne of the Alexandrians, during the days of our Patriarchate, awarded him the highest honor, the order of the Superior Brigade of Saint Savvas the Sanctified for his valuable Missionary contribution to the missionary echelons of the African land as a minimal return of gratitude, respect and honor. May the Righteous Lord rest his gentle soul with the Saints and the Righteous”. 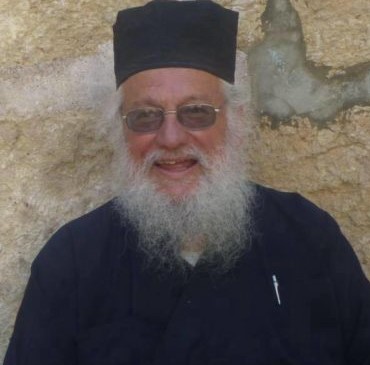