Pope Francis arrived in Athens on Saturday morning for a three-day visit as head of the Catholic Church and leader of the Vatican state.

The prelate and state leader arrived from Cyprus in Athens at 11:10 with a special flight of Aegean Airlines, accompanied by a pool of journalists from several countries. He was met at the airport by Foreign Affairs Minister Nikos Dendias, the Ambassador of the Vatican to Greece, and leaders of the Greek Catholic Church.

The prelate and the minister met briefly and privately at the airport before heading to the Presidential Mansion, where Pope Francis was formally welcomed at 12:00 by Greek President Katerina Sakellaropoulou, who extended the invitation to him to visit the country.

On Saturday, Pope Francis also met Prime Minister Kyriakos Mitsotakis before meeting successively with local authorities, and the heads of the Greek Orthodox and Catholic Churches in Greece. 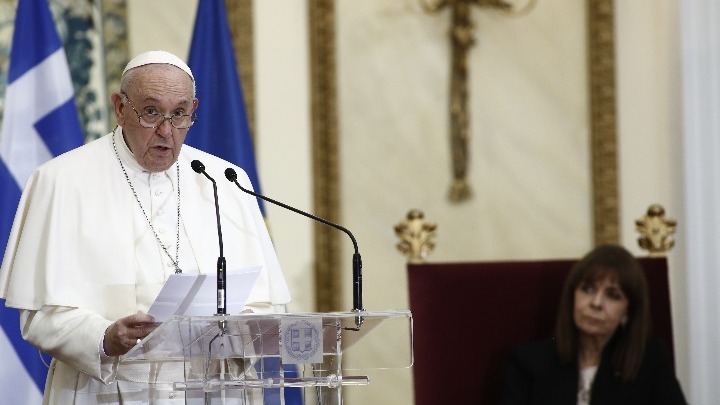 Pope Francis’ full schedule during his visit is as follows:

Αn envelope with bullets was send to Pope Francis

Pope Francis: We need to be vaccinated, I will do so next week