Perth: Multiple Celebrations for the Third Sunday of Pascha

On the third Sunday of Pascha, the Sunday of the Myrrh-bearing Women, in a spirit of Paschal joy, Bishop Elpidios of Kyanea officiated the Matins and Hierarchical Divine Liturgy at the Church of Sts Constantine and Helene in Perth WA.

The origin of this icon begins with a raid by pirates on the monastery of the Taxiarchis on the island of Lesvos. The pirates threatened the monks with death if they would not reveal the whereabouts of the hidden villagers. The monks refused and the invaders slaughtered all of the monastics except for one novice monk. As the pirates were leaving, the novice climbed to the roof of the monastery to be sure that the pirates had left. However, the pirates noticed him from afar and returned to slaughter him as well.

It is at this point in the story that the Archangel Michael makes his appearance in front of the Saracens with his own sword drawn forcing them to retreat in terror. Thanks to this miracle from the Archangel the novice monk survived and descended to the courtyard to bury the bodies of his fellow monks.

The novice still in great awe and reverence for having witnessed the Archangel Michael in all his fury, gathered up the earth that was red by the blood of the martyred monks and shaped it into the icon-sculpture of the Archangel as it is today, while it was still vivid in his memory. According to legend, the monk did not have enough of this dirt-blood mix and so the head of the Archangel has turned out disproportionately larger than the rest of his body

The Church of Sts Constantine and Helene houses an elaborate icon of the Archangel Michael Mantamados which was donated by a parishioner from the island of Lesvos.

In particular, Bishop Elpidios conveyed the Paschal greetings of Archbishop Makarios to Paul Afkos OAM, President of the Hellenic Community of WA, and all of the management committee members of the community.

In his sermon, Bishop Elpidios spoke about the 40 Day Paschal Season that we are currently in and gave a brief analysis of the “Christos Anesti Hymn”. He went on to mention how on the third Sunday of Pascha our church celebrates the courageous myrrh-bearing woman who went to the tomb during the early hours of Sunday morning, overcoming all fear, to anoint the precious Body of our Lord Jesus Christ.

The Third Sunday of Pascha this year also coincides with International Mother’s Day and we also honor all mothers for the outstanding love and courage that they constantly show towards their children, families, parish, and the general community. Parish priest, Fr Terry Gerovasilis, organized roses for each mother.

At the conclusion of the sermon, Bishop Elpidios placed the first rose in front of the icon of the Holy Theotokos on the Icon-screen, who as the First Lady is the mother, refuge, and intercessor of all people. The second and third rose, respectively, went to the most senior and youngest mother in the congregation. This is then followed by the annual procession of the icon of the Archangel Michael of Mantamados.

At the conclusion of the service, the chanters chanted the Paschal Katavasies while Bishop Elpidios distributed the antidoron and Fr Terry distributed the beautiful pink roses to all the mothers in the church. 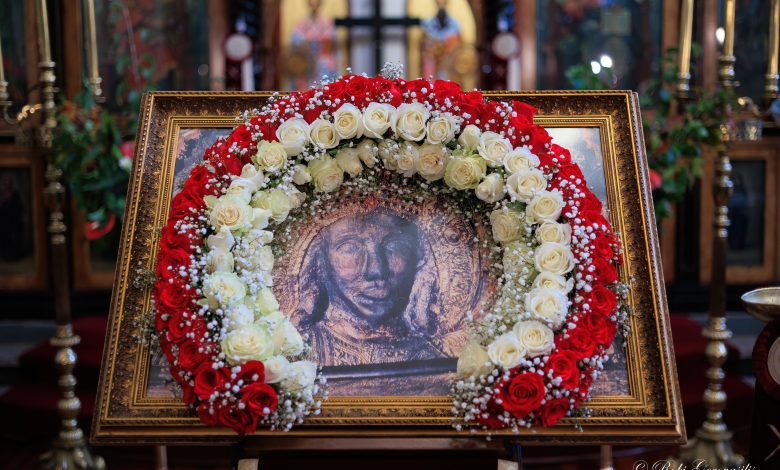 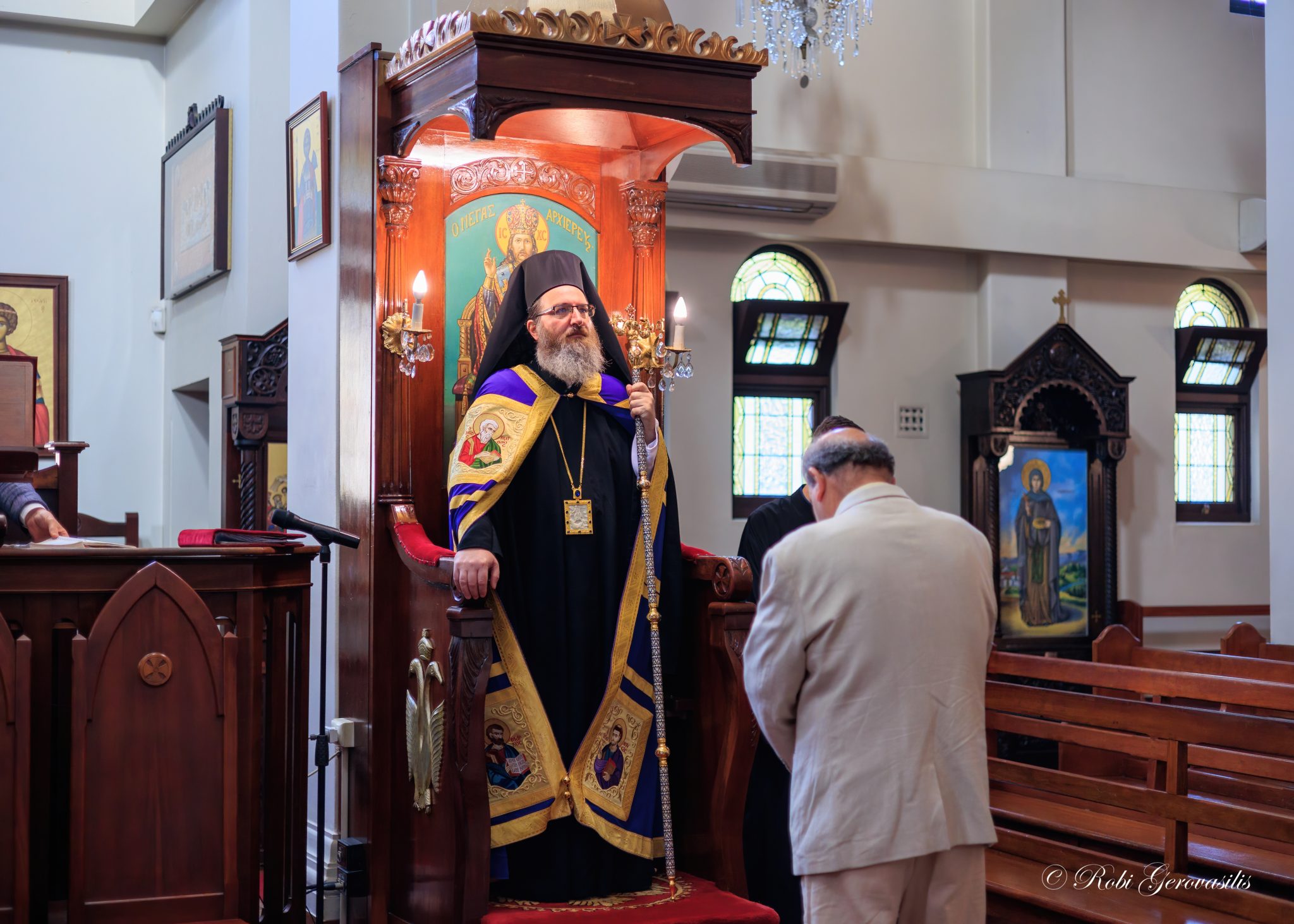 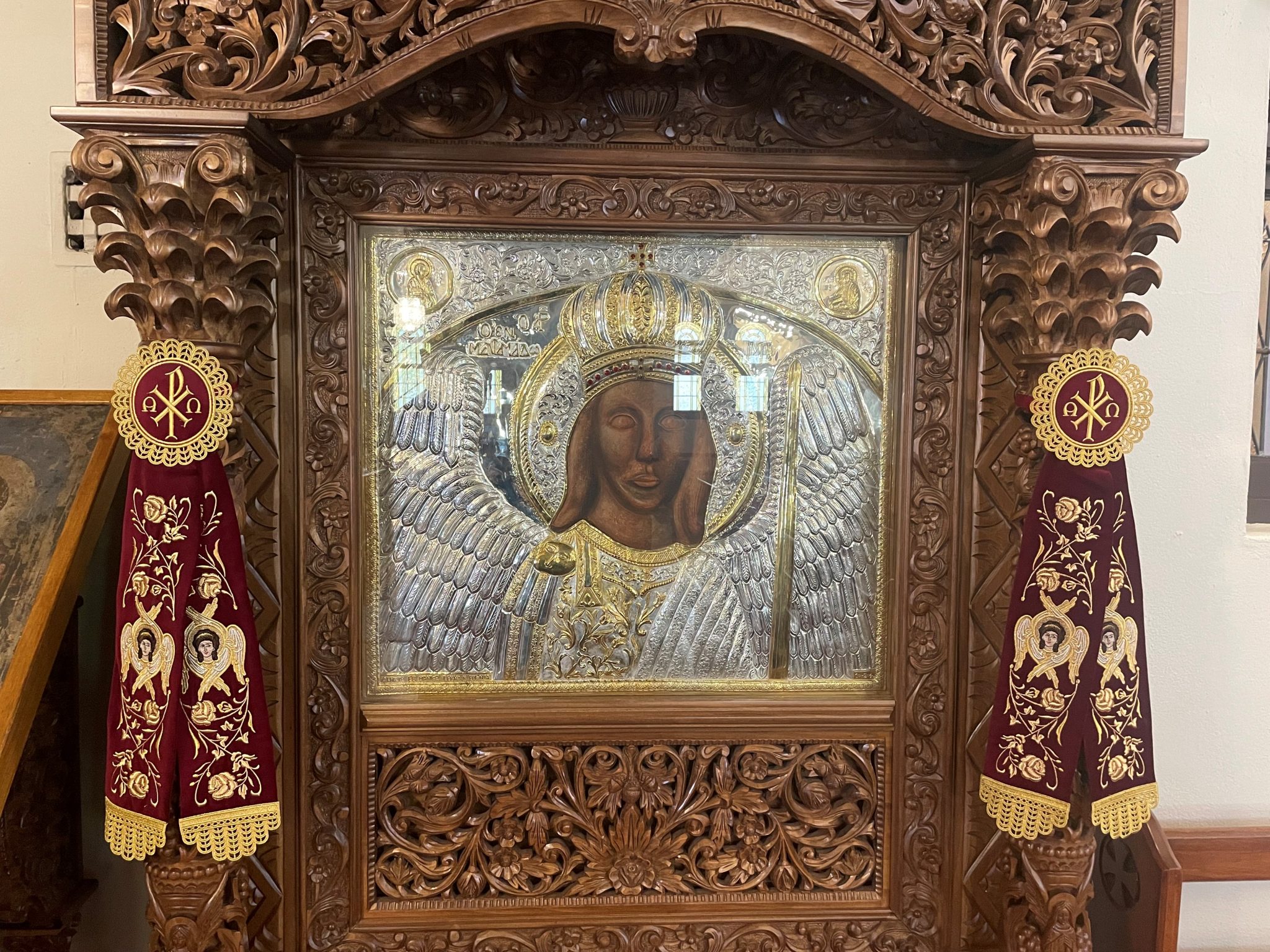 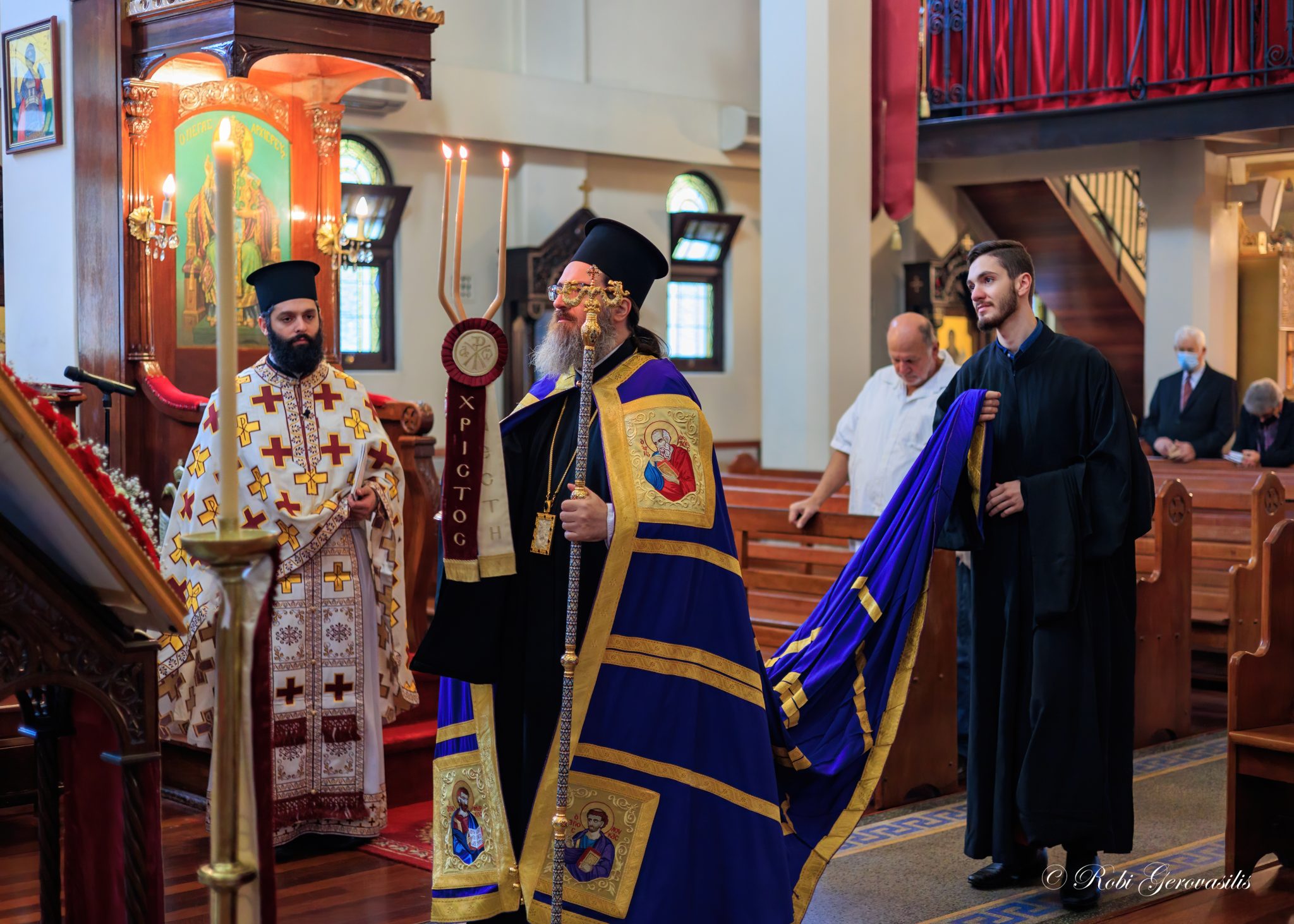 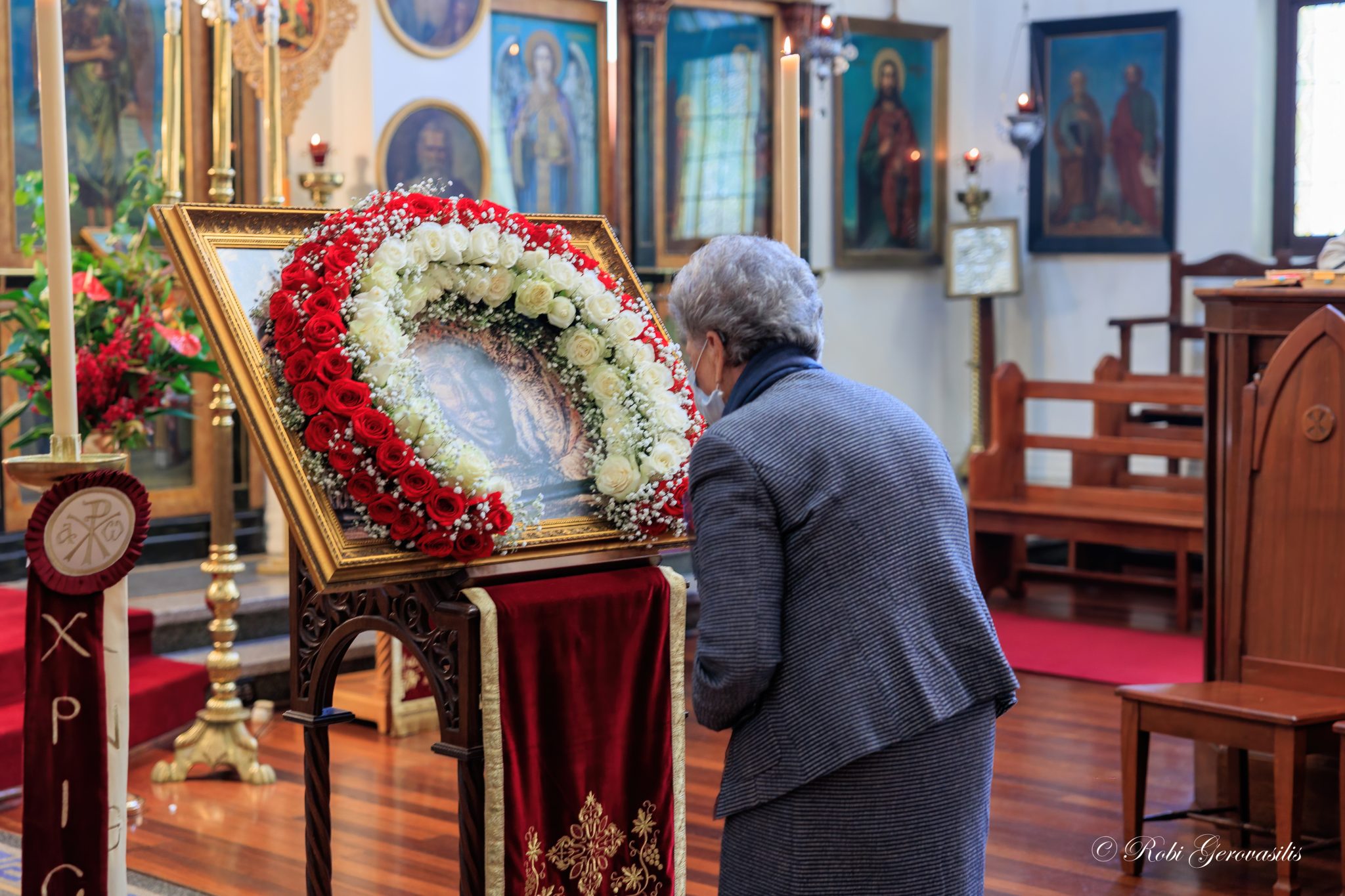 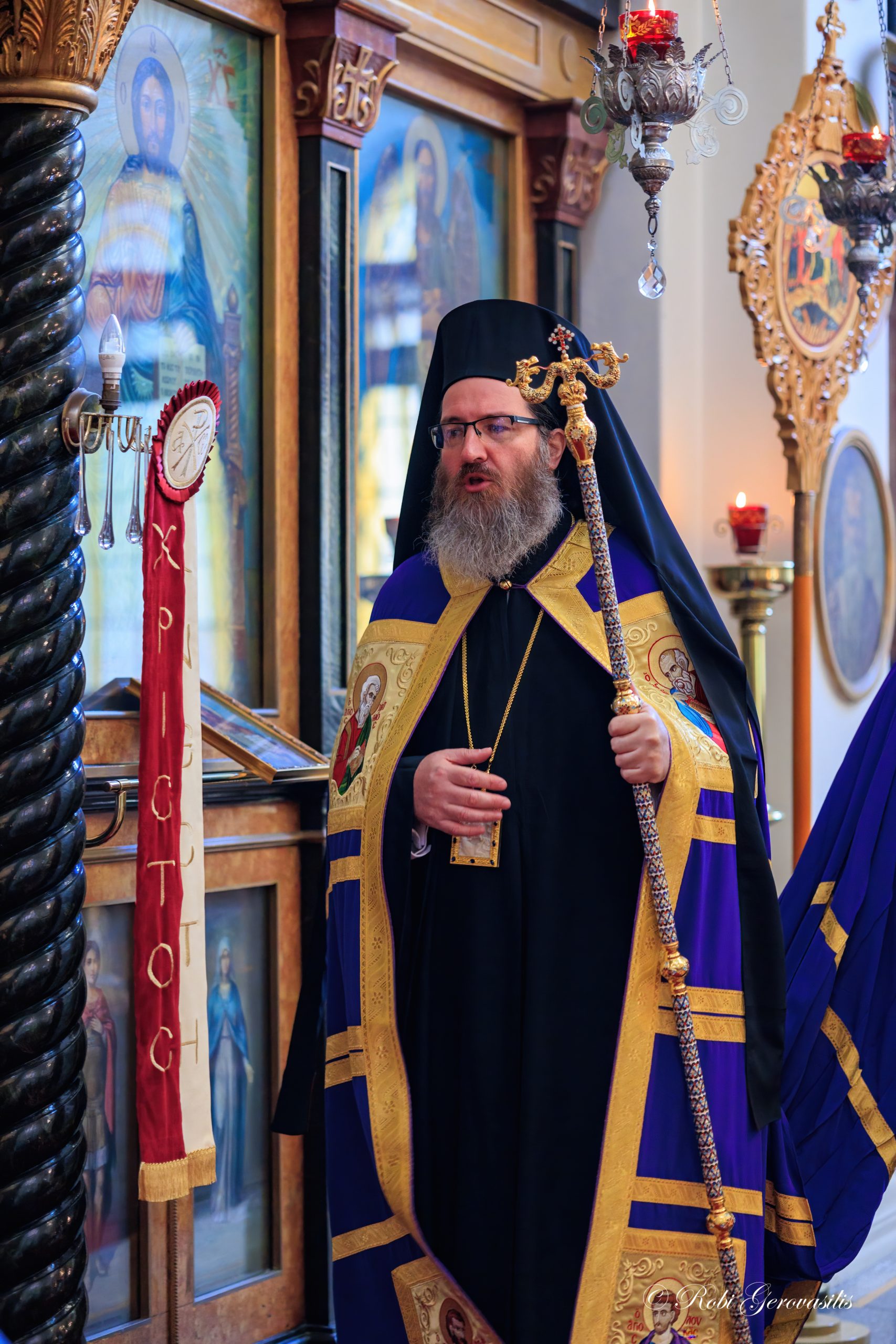 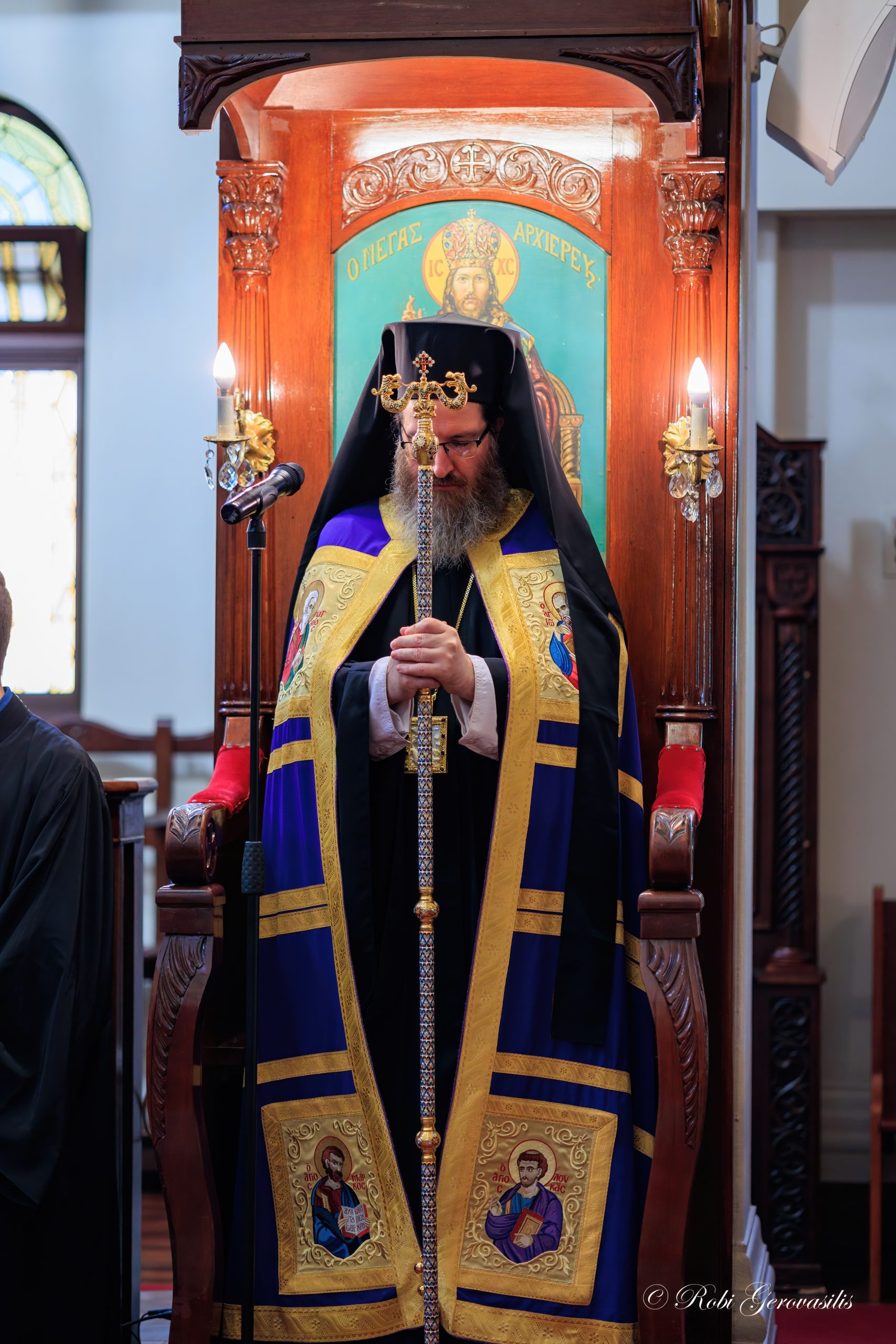 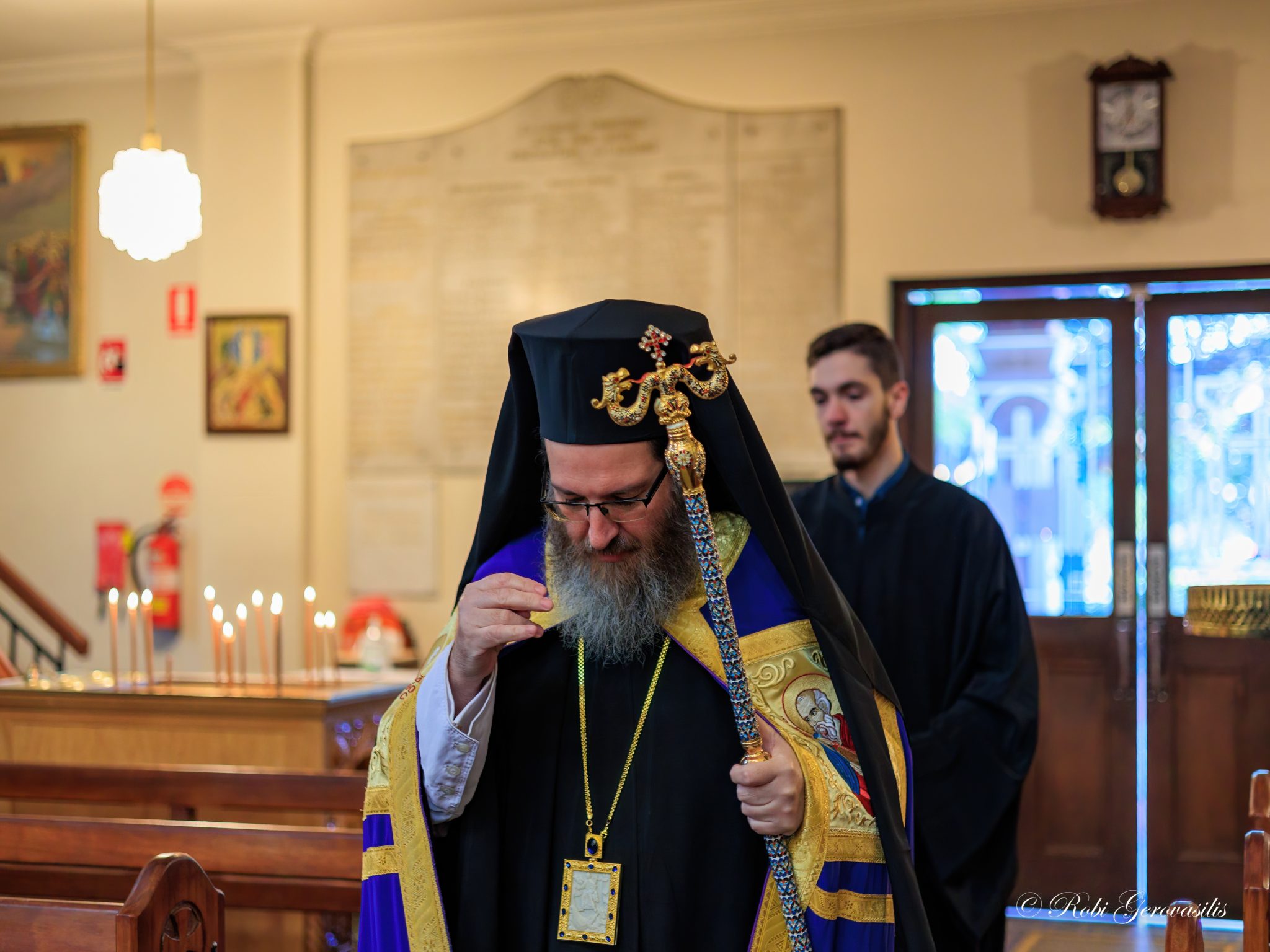 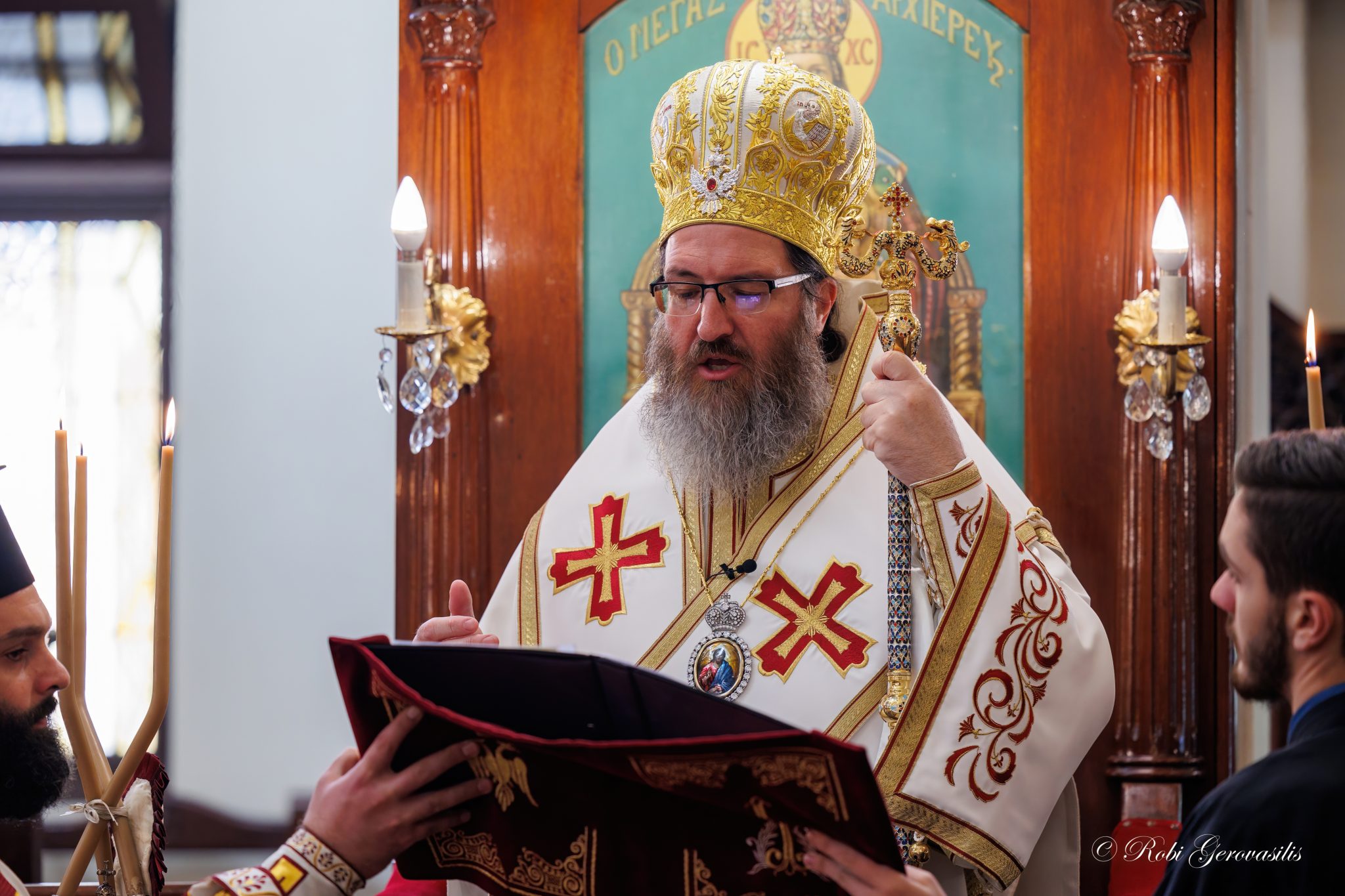