The Patriarchate of Jerusalem issued a statement expressing the utmost gratitude and appreciation of all the Patriarchs and Church Leaders of Jerusalem to King Abdullah II of Jordan for his address to the United Nations on the Christian reality in the Holy Land.

Read below the full statement of the Patriarchate of Jerusalem

“We, the Patriarchs and Heads of the Churches in Jerusalem, express our utmost gratitude and appreciation to His Majesty King Abdullah II of Jordan, the Hashemite Custodian of Christian and Muslim Holy sites in the Holy Land, for his true and honest description of the Christian reality in the Holy land, especially in Jerusalem, during his highly respected speech at the General Assembly of the United Nations on the 20th of September, 2022.

We also applaud His Majesty’s public commitment to protect our communities’ historical and legal status quo, thus preserving our safety and future. His Majesty’s spearheading efforts to ring the bells of warning over the deteriorating situation of Christian basic human rights sends a strong message to the world regarding the clear and present dangers surrounding the Christian heritage and presence in Jerusalem and the rest of the Holy Land.

We call on the International Community as a whole, and all peace-loving people around the world, to act upon His Majesty’s warning addressed in his United Nations speech.” 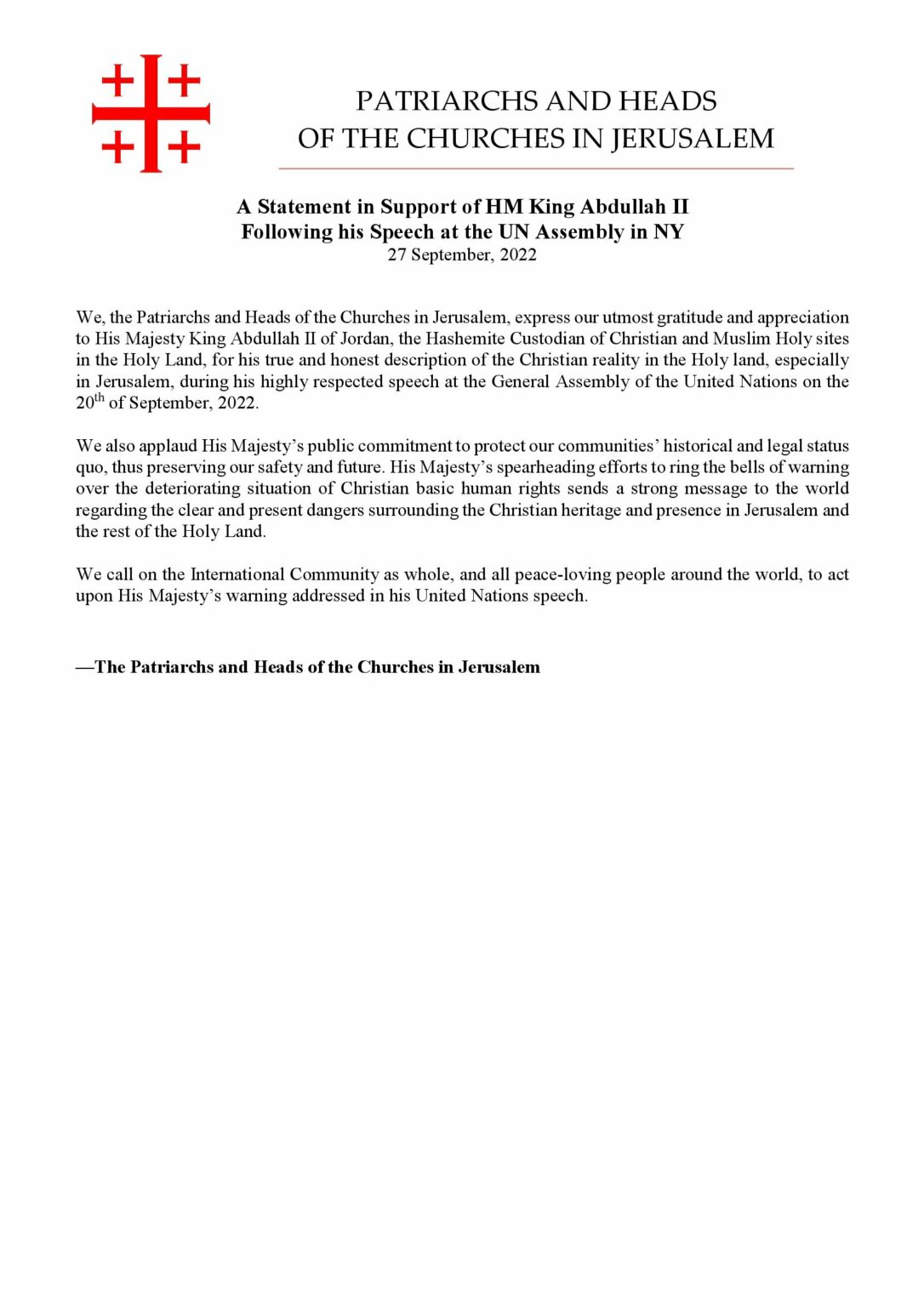