On Tuesday morning, May 18, 2021, the Minister of Foreign Affairs of Greece, Nikolaos Dendias visited the Patriarchate, accompanied by the Ambassador of Greece in Israel Panayiotis Sarris and the Consul General of Greece in Jerusalem Evangelos Vlioras.

Minister Dedias was warmly received by Patriarch Theophilos of Jerusalem and Hagiotaphite Fathers, who thanked him for the honor of the visit.

The Minister of Foreign Affairs expressed the vivid interest of Homeland Greece, the Greek Government, and of himself personally for the Patriarchate, saying that “the Patriarchate is of the highest priority”. The Minister was informed by the Patriarch on the pastoral, charitable, conciliating, and peacekeeping mission of the Patriarchate, especially amidst the one-year-long covid-19 pandemic and the intensity of the war conflict between Israel and Gaza.

The Patriarch of Jerusalem wished the Minister the best outcome of the purpose of his visit and the help of the Risen Christ for the fulfillment of his mission. 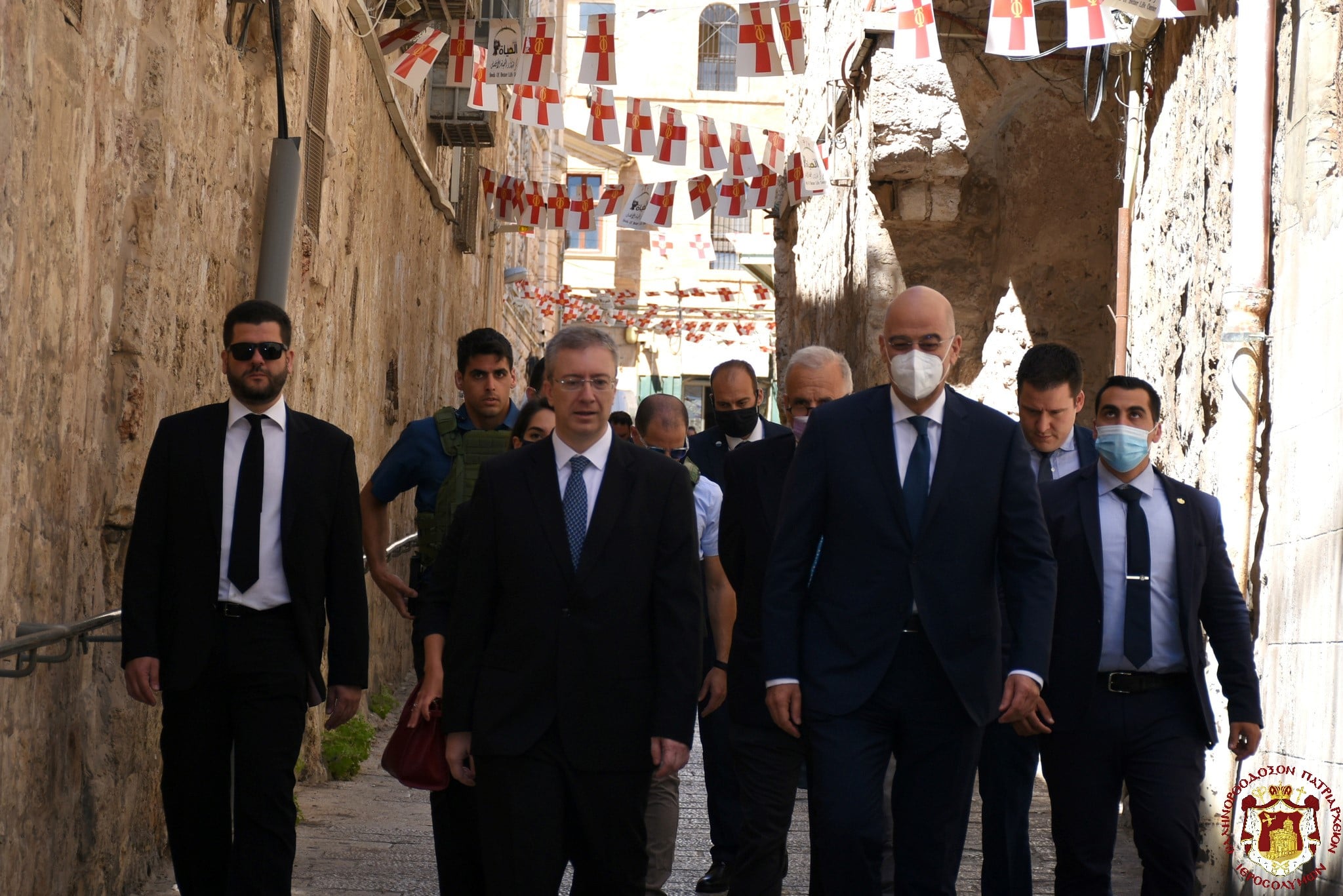 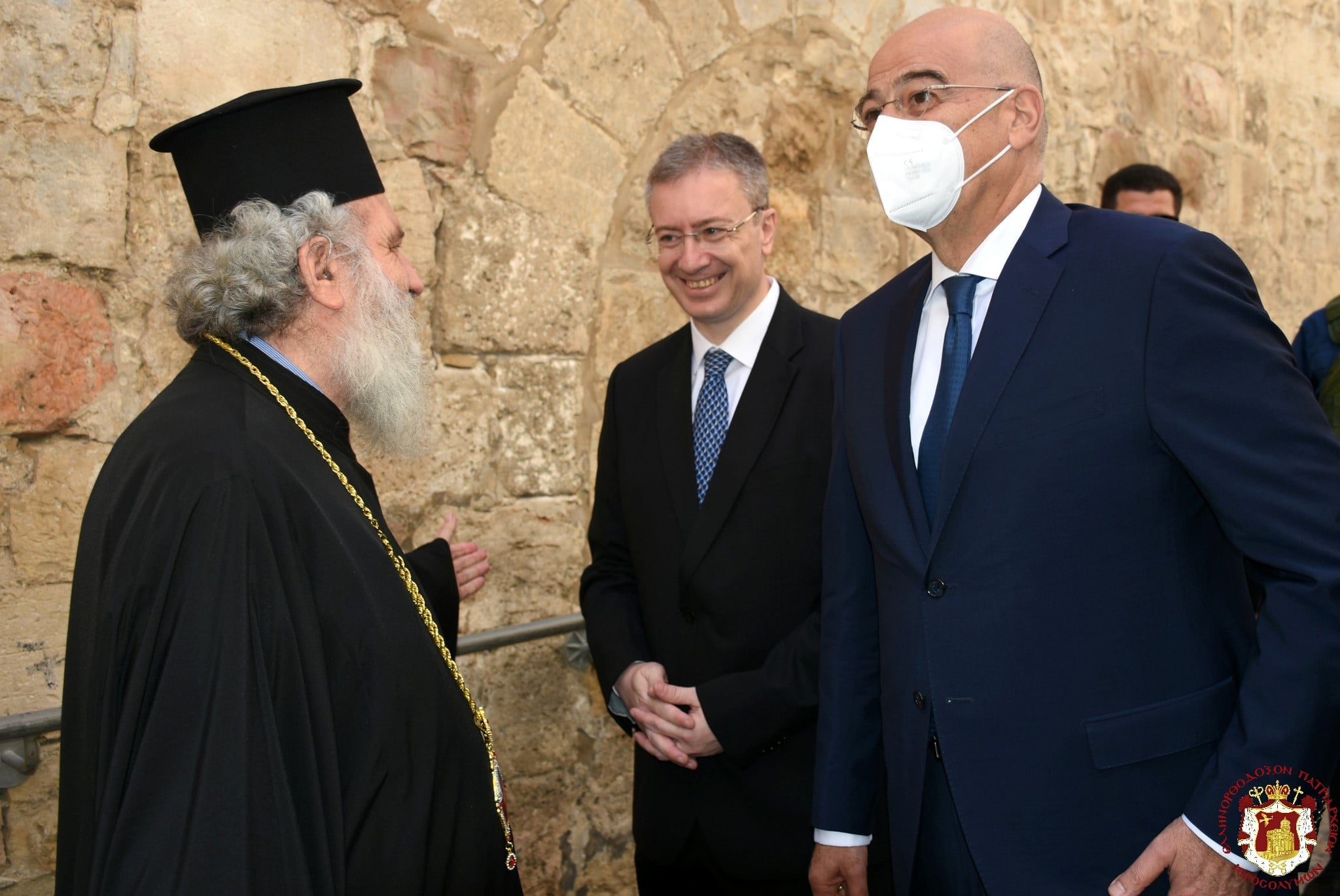 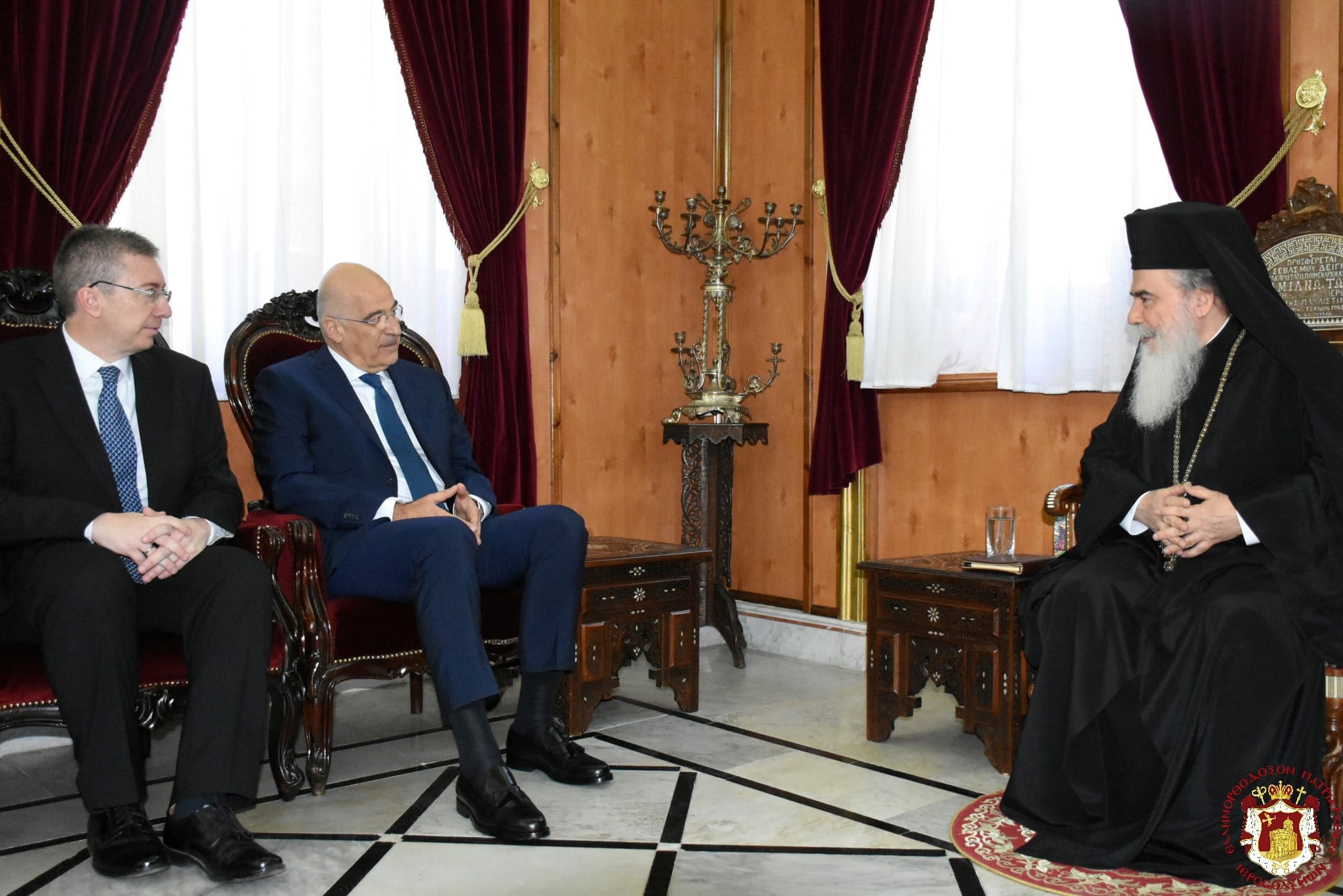 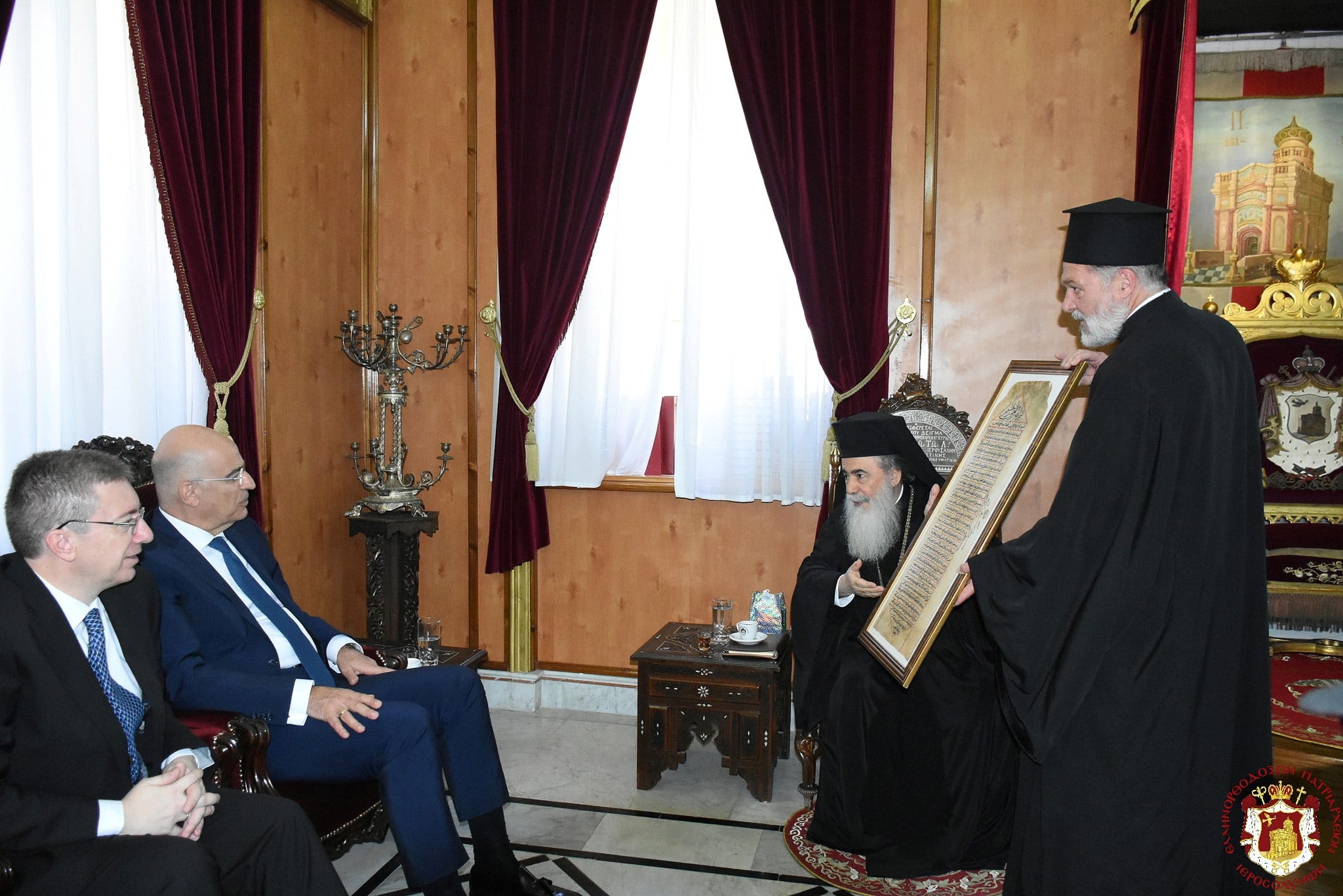 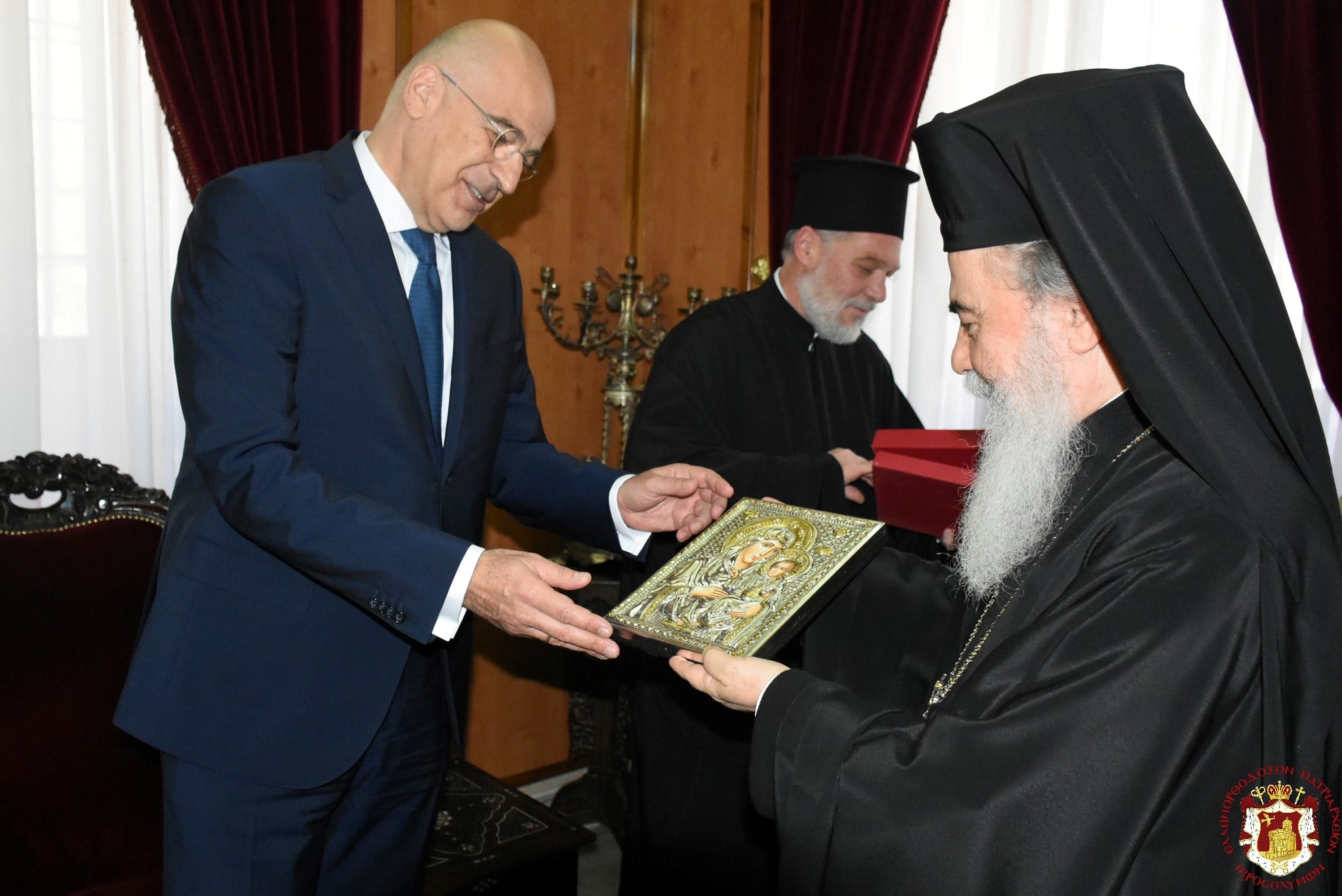 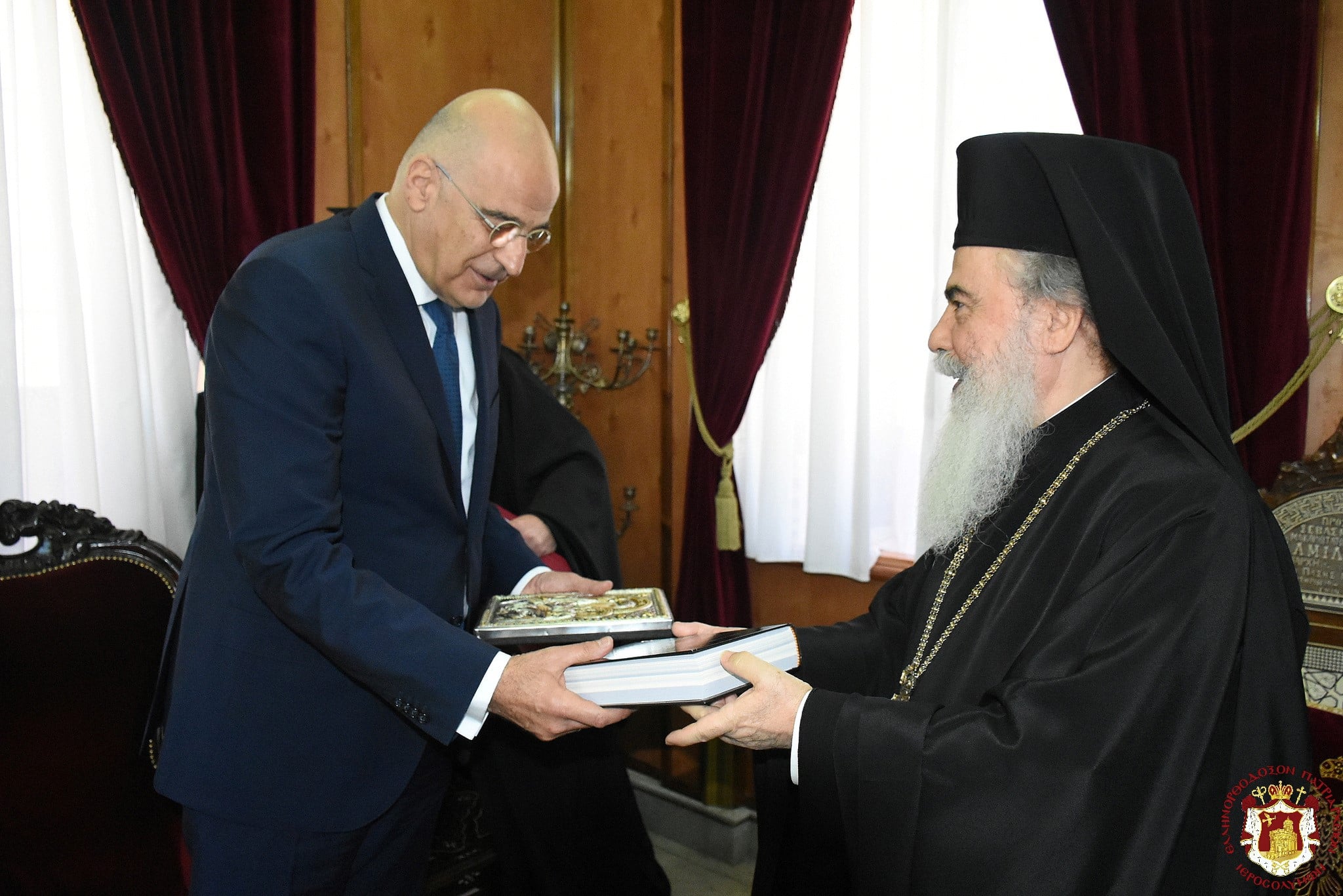 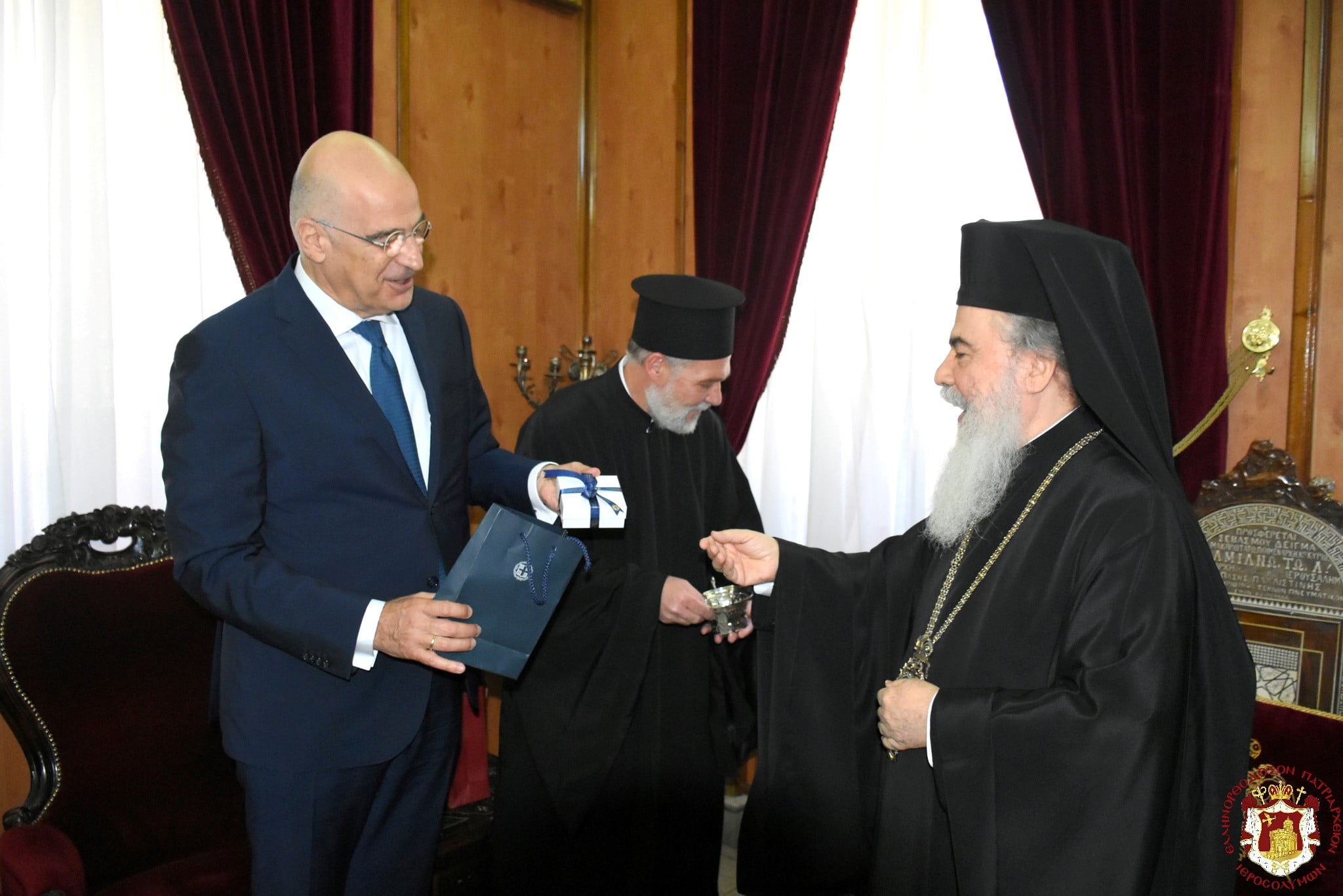 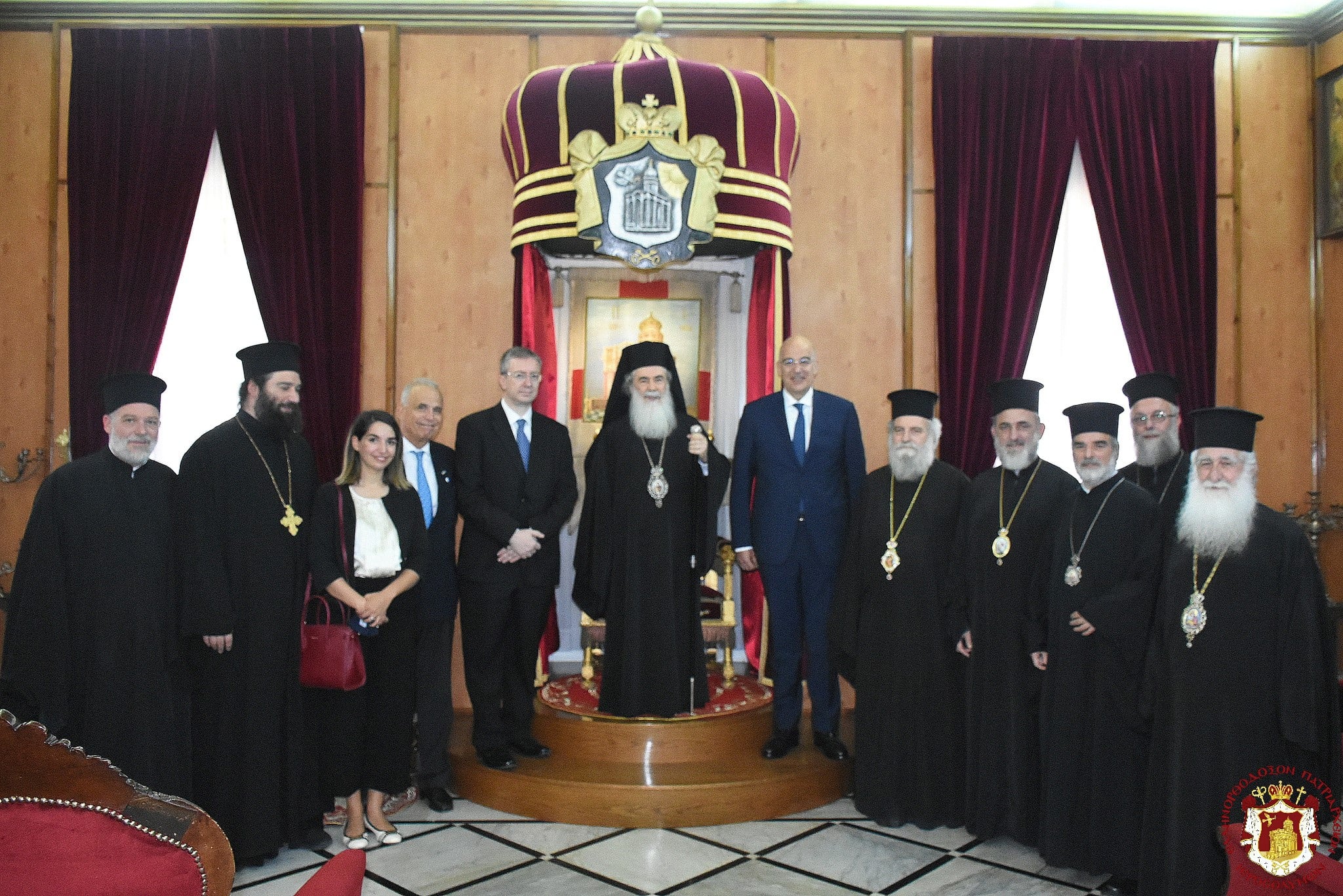 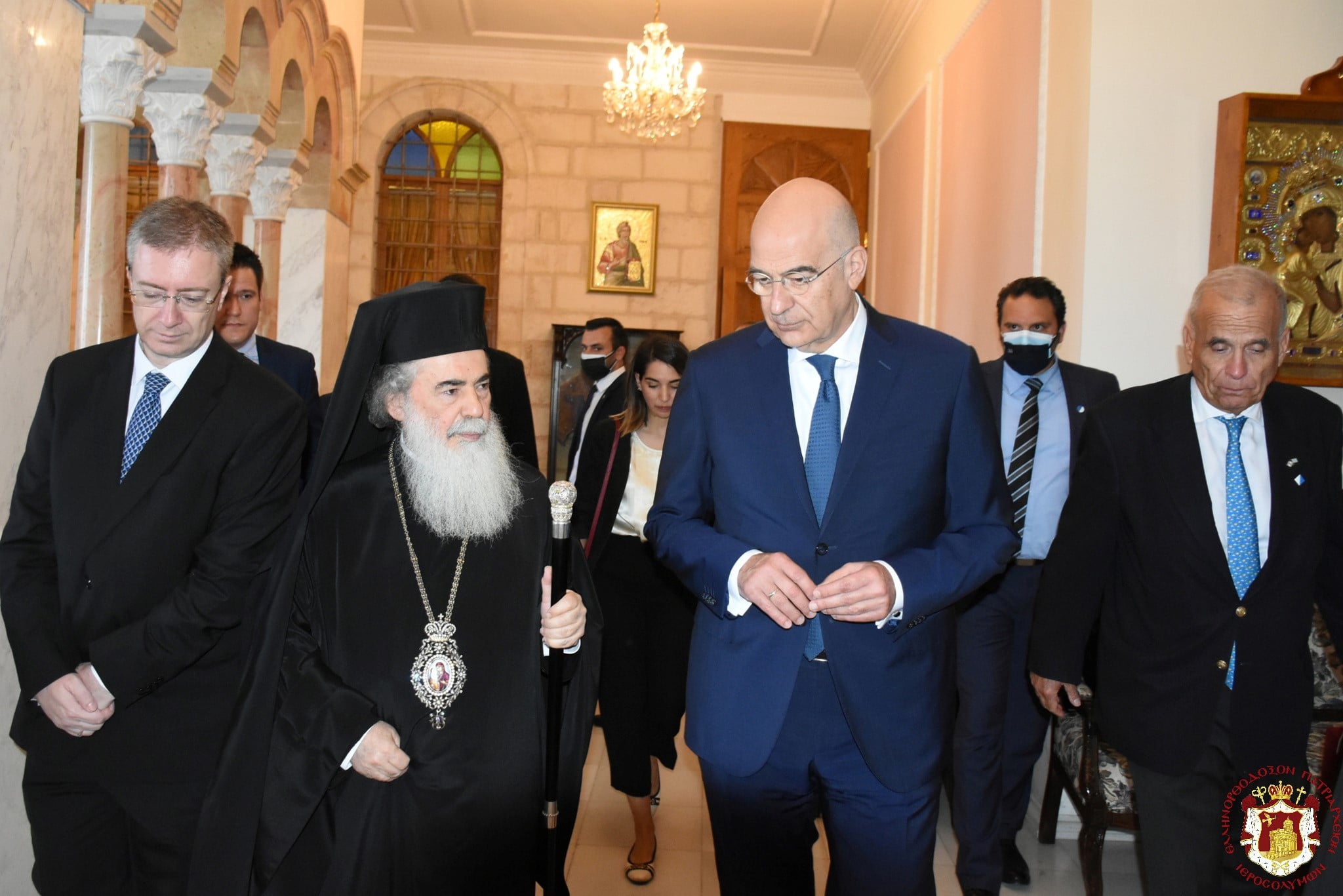 Greek FM: Greece is once again present in Libya

President of Cyprus: Turkey will also gain from a just solution to the Cyprus issue