On November 18, 2021, an official meeting was held in Johannesburg between Patriarch Theodore II of Alexandria and All Africa and the President of the Republic of South Africa, Cyril Ramaphosa.

During the discussion, which took place in a cordial atmosphere, issues such as human rights, environmental protection, and the contribution of the Alexandrian Church to the lives of vulnerable social groups were discussed.

With particularly warm words, Patriarch Theodore also referred to the Egyptian President Abdel Fattah Al-Sisi, whom he described as a pacifist Leader, thanking him for their joint cooperation in the peaceful coexistence of Muslims and Christians, as well as for the strong friendship between the countries of Egypt, Greece, and Cyprus.

The President, Ramaphosa, referred to the friendship of South Africa with Greece and Cyprus, but also to the good relations with the Greek Communities.

He expressed his appreciation for the patriotism that the Greeks showed and are showing towards South Africa, maintaining the traditions that highlight their contribution to the wide social diversity of the country, but also his appreciation and respect for the Patriarchate of Alexandria and its multifaceted efforts which it undertakes throughout Africa.

As a token of appreciation and friendship, Patriarch Theodore decorated the President of the Republic of South Africa with the Grand Cross of the Order of St. Savvas for his contribution to tackling the pandemic and the practical recognition of this contribution throughout Africa at the 34th Summit of the African Union.

The Patriarch of Alexandria was accompanied by Metropolitan Damaskinos of Johannesburg and Pretoria, the Ambassador of Egypt Ahmed Al Fadly, the High Commissioner of Cyprus Antonios Mandritis, the Charge d’ Affaires of the Embassy of Greece Stefanos Ioannidis, the Consul General of the Hellenic Republic Ioannis Hatzantonakis, the President of the Hellenic Federation of South Africa John Spyrides, the former President of the Hellenic Federation John Philippou, Businessman John Baladakis, the Chief Secretary of the Holy Synod Archimandrite Nicodemus Totkas, and Archimandrite Athenodoros. 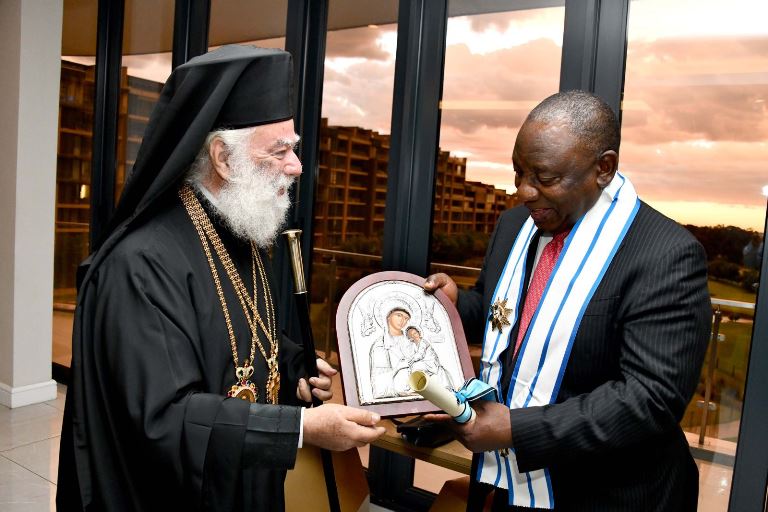 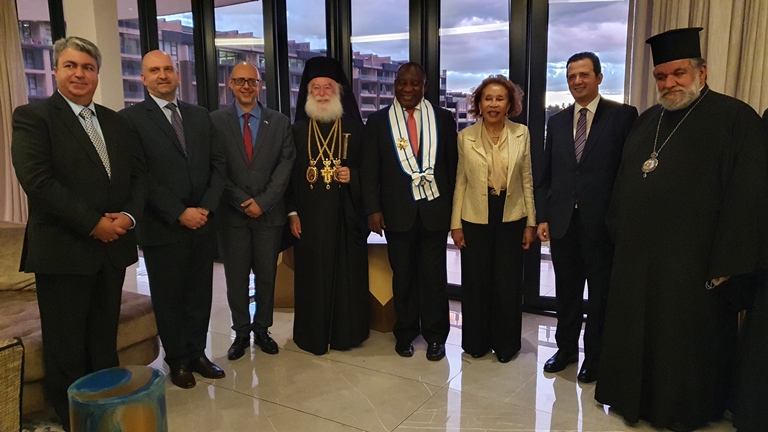 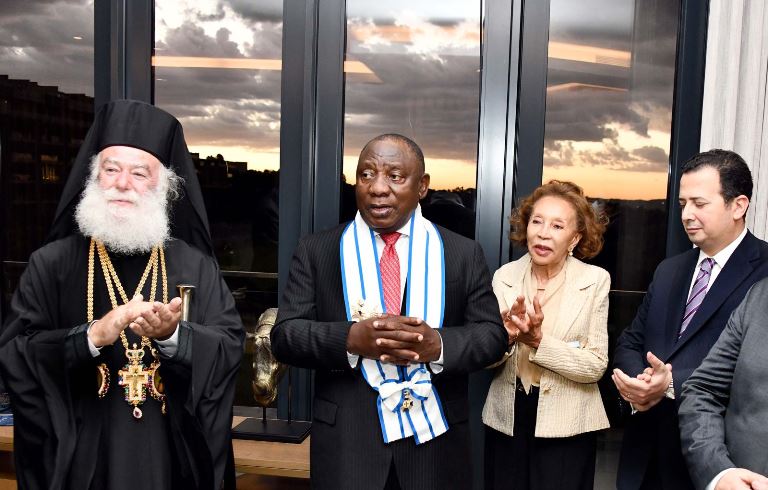 Ecumenical Patriarch: The pandemic that afflicts humanity will not be the last