Patriarch of Alexandria: I hope that justice should be done for the Cypriot people

The Minister of Foreign Affairs of Cyprus Nikos Christodoulidis spoke about the interest of President Abdel Fattah al-Sisi in the Greek community in Egypt.

“The President of Egypt referred to the Greek Community of Egypt with a special reference to Alexandria. At the same time, he expressed his hope that a second meeting will take place very soon in the framework of the NOSTOS program so that we can honor all these Egyptians,” pointed out the Cypriot Foreign Minister, Nikos Christodoulidis, expressing his great satisfaction for Egypt’s support to the work of the Patriarchate of Alexandria.

“We are happy that the country that hosts you, recognizes your work and role, not only in Egypt but also in Africa in general, a continent that faces many challenges, many problems. With your own leading role, you are working so that these countries meet these challenges. Therefore, I would like to publicly congratulate you for your work and assure you of the support of the Cypriot State,” said Christodoulidis.

Referring to the contribution of the Diaspora, the Cypriot foreign minister stressed that “Diaspora Greeks always took the lead in all the struggles, the protagonists in all the struggles of the Greek community. We are proud of our expatriates and especially here in Egypt whose contribution to the development of the country was decisive and is recognized by the host country.”

On his part, the Patriarch of Alexandria spoke about the great importance of Cyprus for the Patriarchate of Africa and thanked the President of Cyprus, Nikos Anastasiadis, for his support.

“A big thank you to our Cyprus, to our Greece but also to our Egypt, the three countries that set the example that the peoples can live peacefully under the roof of the same God, and in the Mediterranean area. I hope that justice should be done for the Cypriot people. It is time to be done,” concluded Patriarch Theodore of Alexandria. 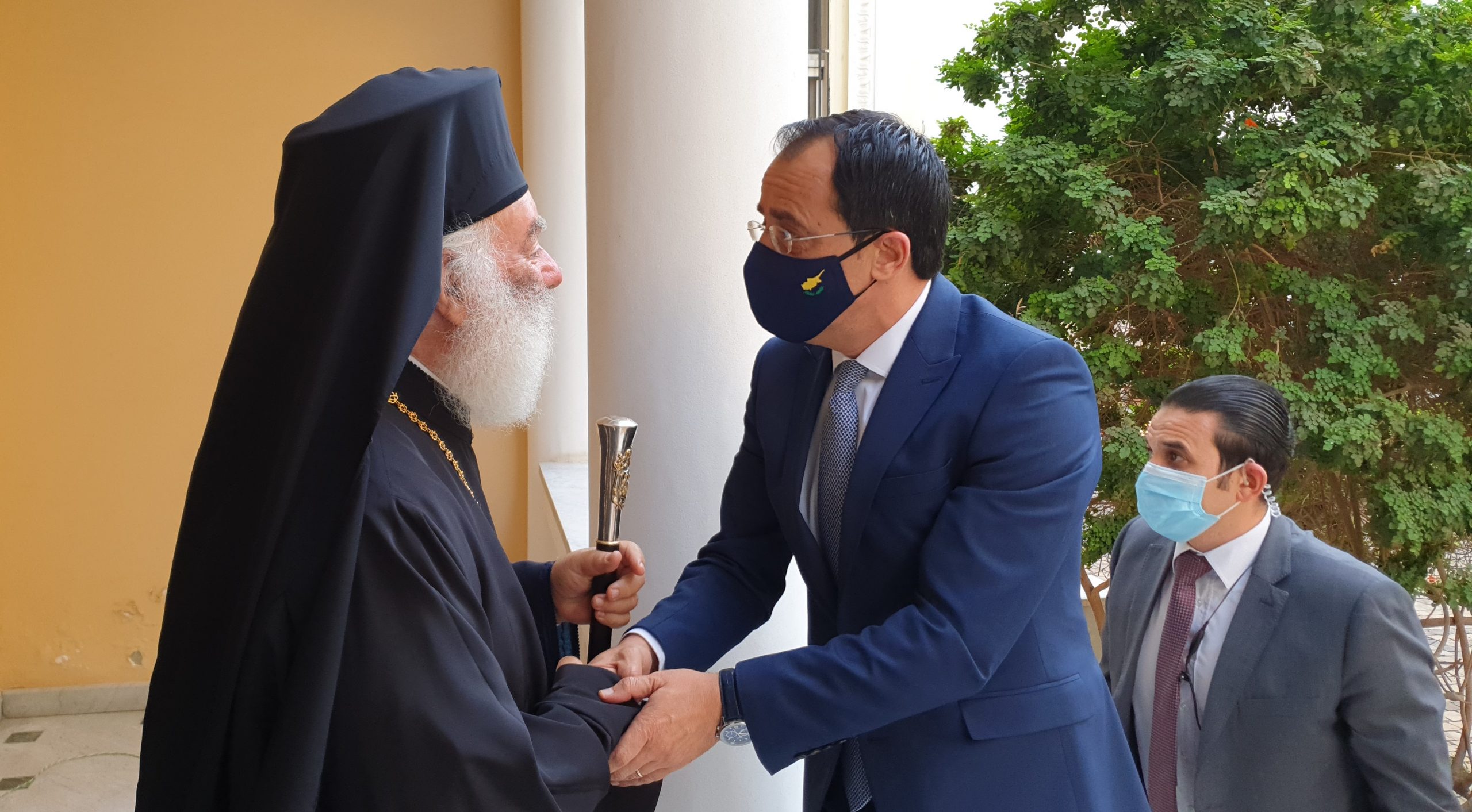 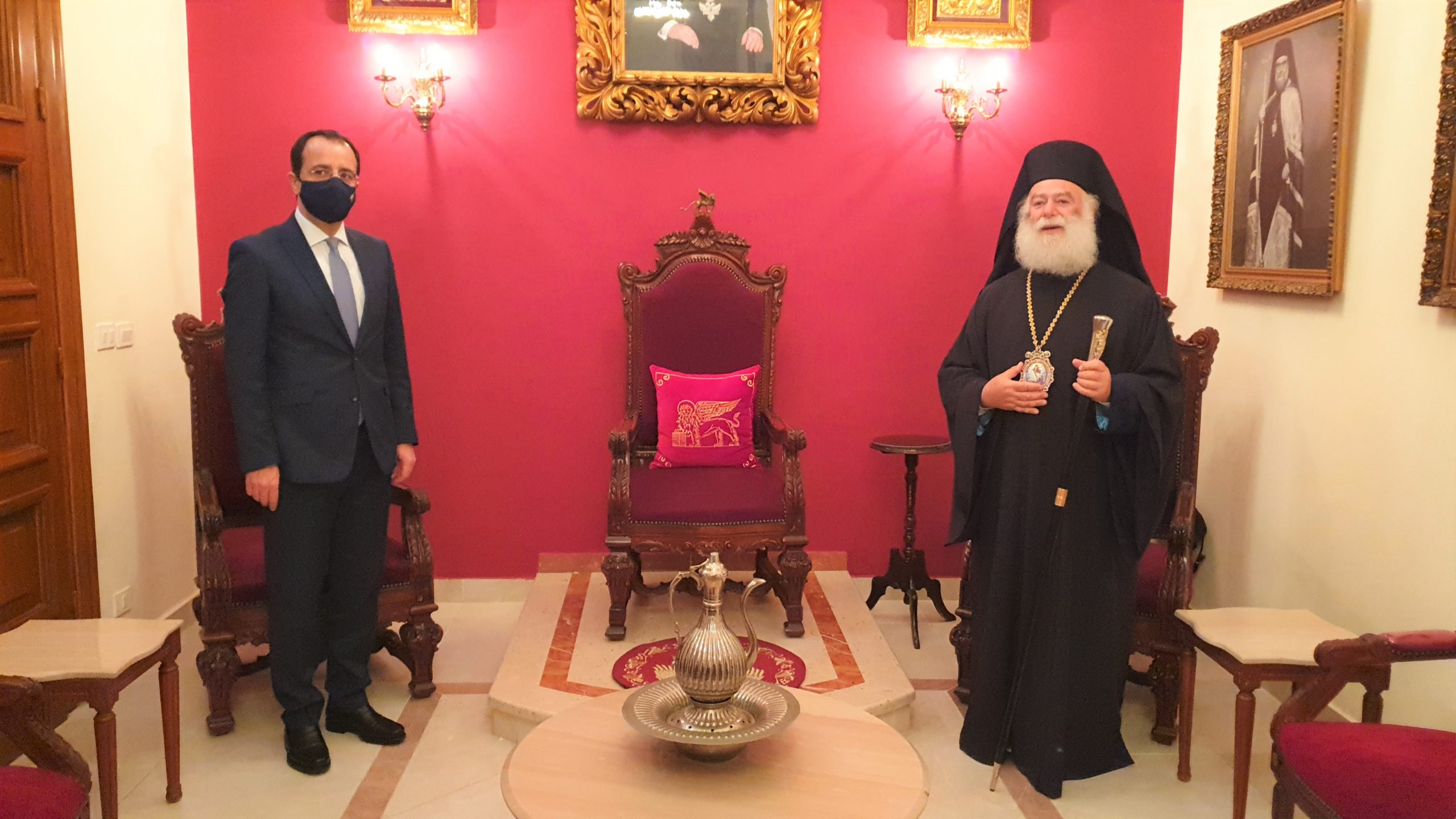 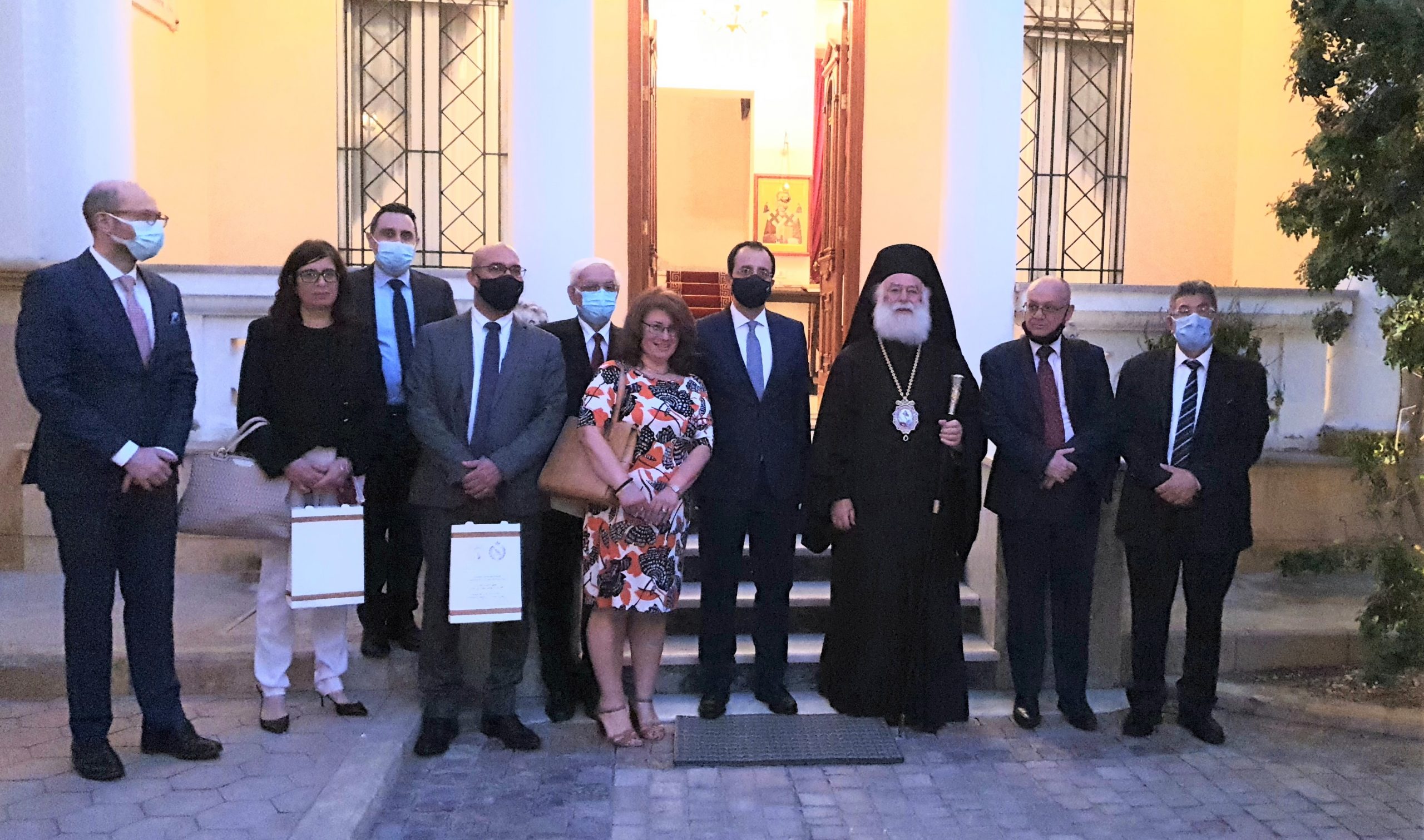 New chapel of Panagia Portaitissa was established in Kananga

Patriarch of Alexandria to graduates: May you spread light of Orthodoxy, Hellenism to your homelands in Africa