With the blessing of Patriarch Theophilos III of Jerusalem, Archbishop Christophoros of Kyriakoupolis, inaugurated on Wednesday, August 31, 2022, the new Kindergarten and Primary School of the Greek Orthodox Patriarchate of Jerusalem in Karak, Jordan, in the presence of the Minister of Culture, Haifa Al-Najjar, the Regional of Karak, Muhammad Al-Fayez, the regional deputies, Ayman Madanat and Salem Al-Damour, the Hegoumen Archimandrite Saba Hourani, and some important officials of the city and priests.

After the recitation of the Royal Anthem, the ceremony began with a prayer by Father Youhanna Hamati and was followed by a video about the achievements of the Patriarchate’s schools in Jordan, and a group of students sang the school anthem.

Archbishop Christoforos of Kyriakoupolis, welcomed those present, saying: “Today, a dream has come true for the residents of the region, to establish a model school, in which they will incorporate virtue together with learning and science, and to work to create a competent and effective educational team, which will reflect the integrated vision of the Patriarchate of Jerusalem for the rebirth of our schools”.

The Archbishop of Kyriakoupolis also thanked the contributors for all the efforts that made this work possible and which many, noting the collaboration with the Talal Abu-Ghazaleh Foundation, and in particular, he thanked the former Minister Samikos Halasa and his family for their generous donation to the project of establishing the new school and the supervision of the project.

At the end of the speech, a 50% discount was announced on the tuition fees of the registered students of the new school for the current year, with the cooperation of the Church, under the conditions of the difficult financial situation.

Lynn Madanat, General Director of the Patriarchate Schools in Jordan, said that: “you are in the place, which has its roots in the land which is ancient in its originality and special in its mission; and why not; it is the very land which parents have given to their children for education”, emphasizing how right thinking, right planning and hard work have led you to the present and blessed day.

And she added: All of us, the school administrators, together with the parents, are partners in this great trust and responsibility towards the children of our homeland, Jordan.

Sami Halasa said in his address:

“I am in a happy position to be among you today and in this place, in the Al-Rawda area, from which I have fond childhood memories with my grandfather, Salama Al-Halasa, who created the first agricultural project in his northern district in Karak province in 1957, and he was one of the first to plant the blessed olive tree here. Twenty years ago, my blessed Father together with my uncle, to whom I wish many years, donated a five-acre plot of land, the plot containing the graves of my grandfather and great-grandmother, to the Greek Orthodox Patriarchate of Jerusalem for educational purposes, believing in the importance of education for society and future generations, in order to create a competent society, which will be based on respect and education”.

It should be noted that in the new school, the first three classes of the primary school were opened, apart from the kindergarten, and the project continues to implement the remaining classes up to secondary education. 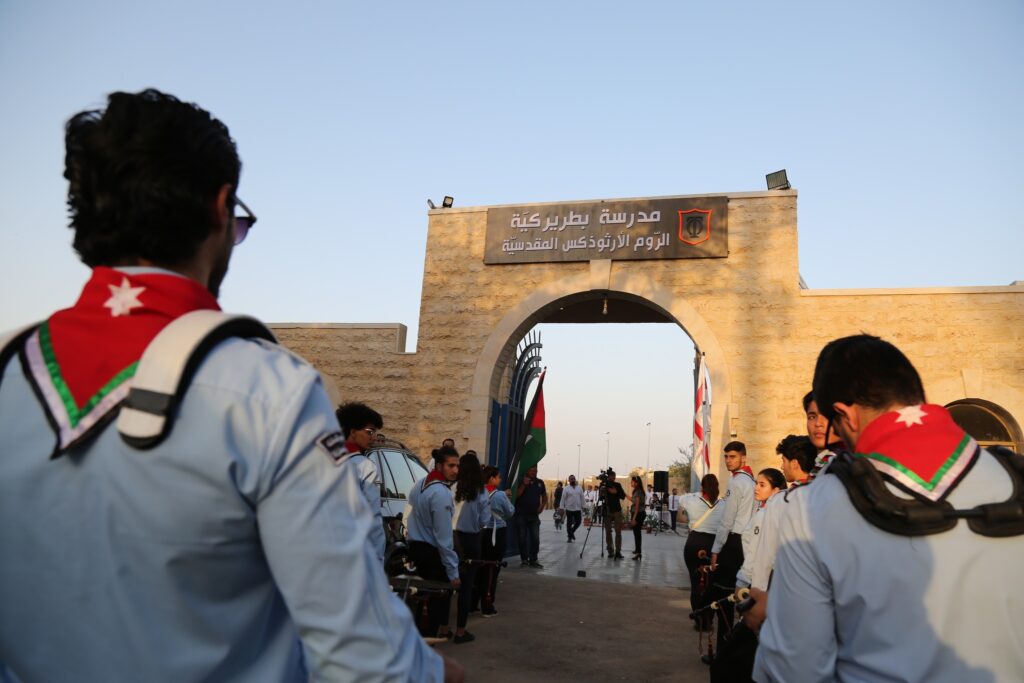 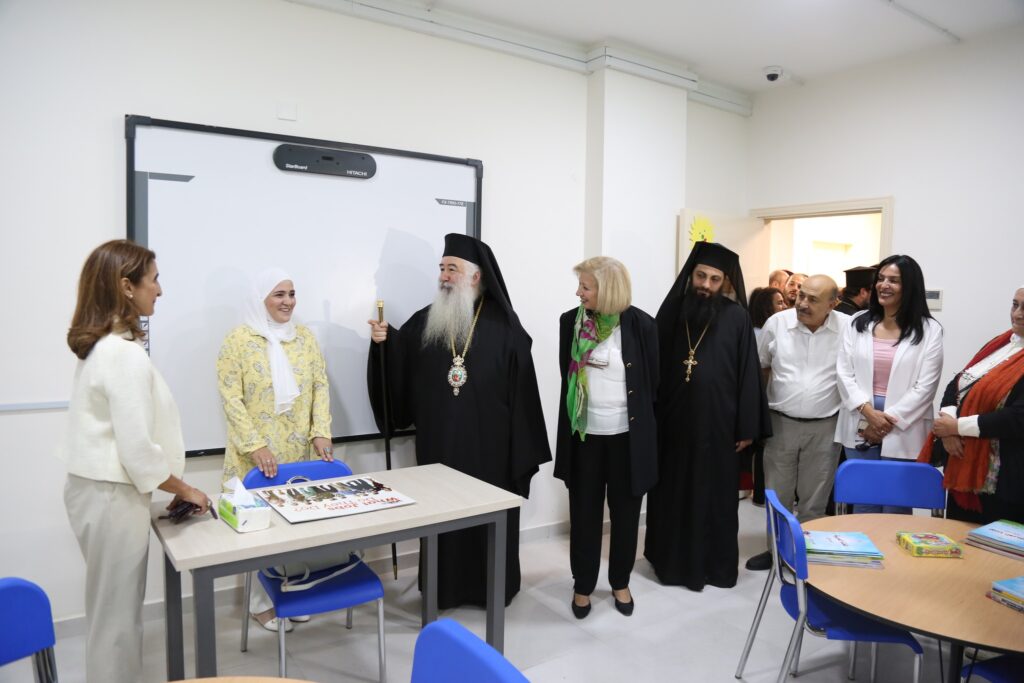 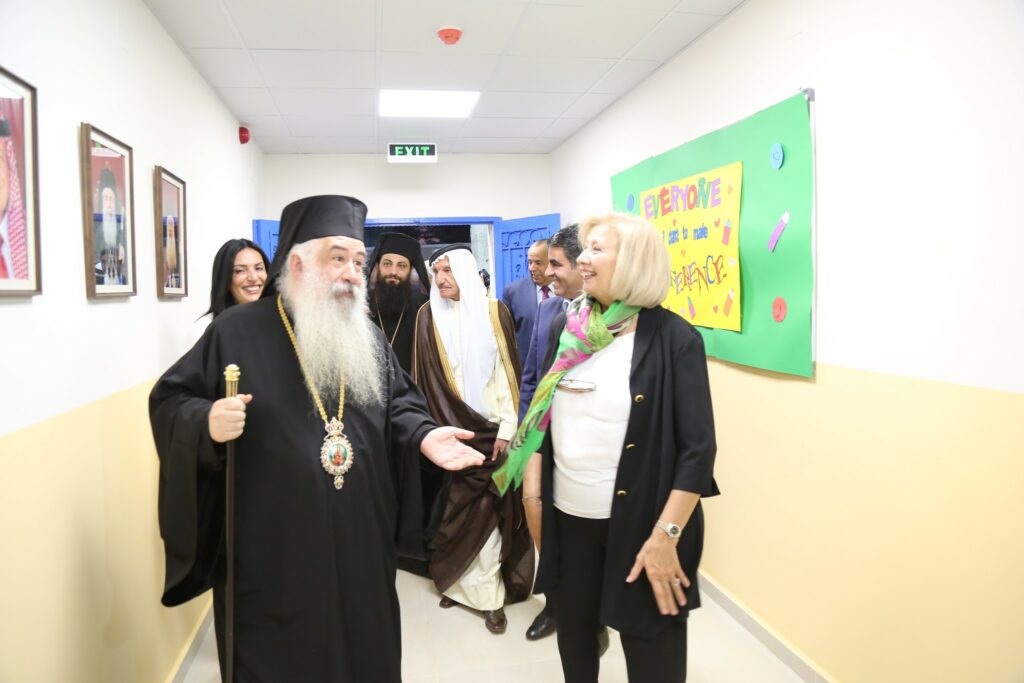 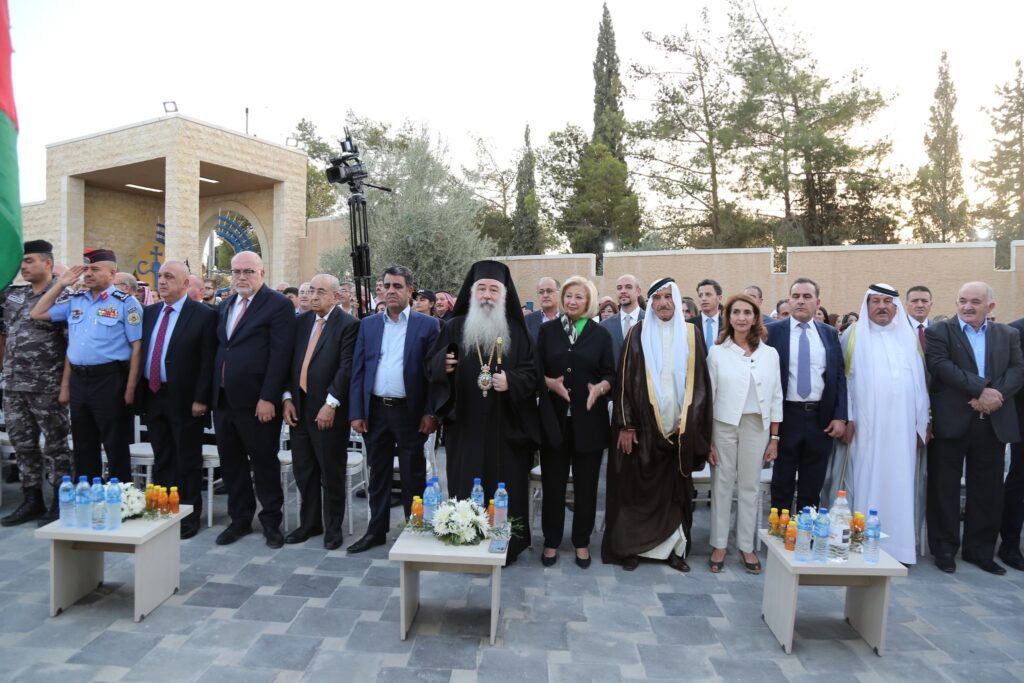