in FrontPage, Patriarchate of Antioch

Patriarchal Vicar Ephraim (Maalouli) of Seleucia (Antiochian Patriarchate) was enthroned last Friday as the new Metropolitan of Aleppo in a ceremony presided by Patriarch John X of Antioch at Aleppo’s “Prophet Elijah” Cathedral.

The new metropolitan honored his mother at the end of the ceremony by offering her his archimandrite cross.

Accompanied by the cheers of the faithful and the “Axios!” chants, Patriarch John X, Metropolitan Ephraim, and the participating delegates entered the cathedral under victory arches made by Prophet Elijah’s Scouts.

The event was attended by Antiochian metropolitans of Homs, of Western Europe, of Baghdad and Kuwait, of Zahle and Baalbek, and of Hama, by bishops and clerics.

The Church of Cyprus was represented by a delegation led by Archim. Isaac Bandali.

Other religions and denominations from Syria were represented as well: Cardinalul Mario Zenari, Ambassador of Vatican to Syria, Aleppo leaders of the other Christian denominations, and the Aleppo Mufti, Dr. Mahmoud Akam.

The ceremony was also attended by representatives of the Parliament, of the Government, and of the Syrian Army, intellectuals, and judges.

After the Patriarch of Antioch handed Metropolitan Ephraimos of Aleppo the crosier, Patriarchal Assistant Bishop Musa El-Khassi delivered a speech.

“Long years of suffering have passed on our homeland and our city, Aleppo (…). Hence the question about the quality of the future and how to live it arises.”

“The Lord divinely consoles us with the nativity of Christ. The nativity offers us a chance to shake off the dust of aches and build healing and cooperation, as our archdiocese will never surrender.”

In front of the new metropolitan and in memory of his predecessor, Patriarchal Assistant Bishop Musa El-Khassi promised the eparchy would “resurrect and rise high”, adding that the enthronement of Metropolitan Ephraimos Maalouli is “a new stage of striving and hope.”

Patriarch John said: “I wanted to be with you in Aleppo to enthrone a dear brother and hand him the tasks of the archdiocese in this wounded city by the kidnapping of its pastor. (…) This enthronement represents ministry and responsibility, and we have handed over to the new Metropolitan, and my witness in him has been undoubtful and justified since the day I knew him.”

“Allow me to convey my appreciation to everyone who has contributed to alleviating the suffering of the parishioners, especially Archimandrite Moussa Al-Khasi and the nuns.”

“Our message today is to remain steadfast on earth despite everything because we are a rock originating from this East,” continued the patriarch.

“I also address our parishioners in Alexandretta and Antioch with a good salutation, and I convey to you the salutation of Damascus: You are always mentioned in our hearts and prayers,” His Beatitude concluded.

The Mufti of Aleppo read a message from the Ministry of Religious Endowments, affirming the institution would continue to closely work with the Antiochian Patriarchate “for the wellbeing of our society, for it to become a society of love and peace.”

Metropolitan Ephraimos Maalouli said: “The ordination is a response to the call of the Lord who has called me to carry out pastoral care. Thus, the Lord has crowned me with responsibility entrusted by His Beatitude. I decided to make it a crown of glory and pride for the city of Aleppo. The ordination is the joy of the meeting between the pastor and his parish in this ecclesial wedding. It is the meeting of hearts that will cry together and rejoice together.”

“This enthronement is a new book in my life and the life of this Archdiocese. On the first page, God writes the title: I am the Good Shepherd, and the Good Shepherd lays down His life for the sheep. That is why our journey together in Aleppo will begin, and the Archdiocese’s door will be open to everyone, and I along with the priests of this Archdiocese will be at your ministry, and we will work together, clergy and laity, for the wellbeing of our Church,” added the new metropolitan.

“Consider me an Aleppian and every citizen of Aleppo will be close to me, as well as every person who desires to make of his heart an altar to the Lord and to his neighbor, where he sacrifices himself as an offering of love for God and every brother in humanity.”

The new Metropolitan of Aleppo offered a blessing cross to the Patriarch of Antioch and also made a symbolic offering – an icon, for his abducted predecessor, Metropolitan Paul Yazigi.

Yet, the most special gift offered by the hierarch was the one for his mother: he gave her the cross he had received from the Patriarch of Antioch when he was ordained as an archimandrite.

The Synod of the Antiochian Church, convened on October 7, elected Patriarchal Vicar Ephraimos Maalouli as Metropolitan of Aleppo and transferred Metropolitan Paul Yazigi to the honorary Diocese of Diyarbakir.

The Metropolis of Aleppo has canonical jurisdiction over the Turkish region of Hatay, including the cities of Antakya (ancient Antioch on the Orontes) and Iskenderun (ancient Alexandrette). 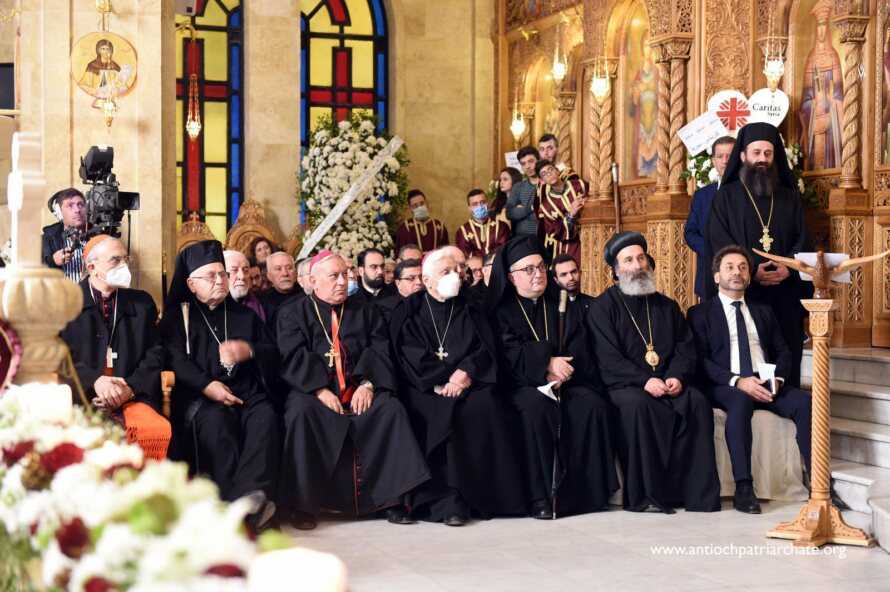 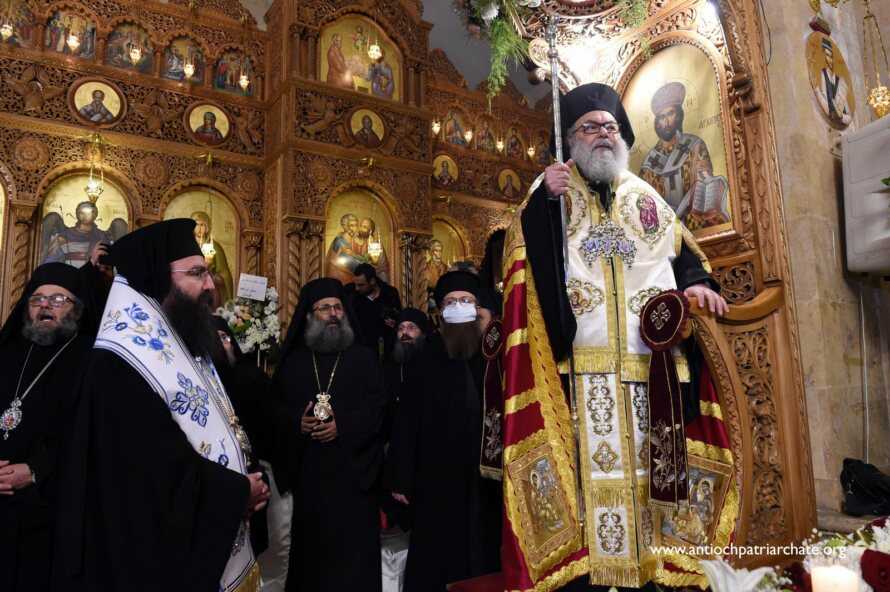 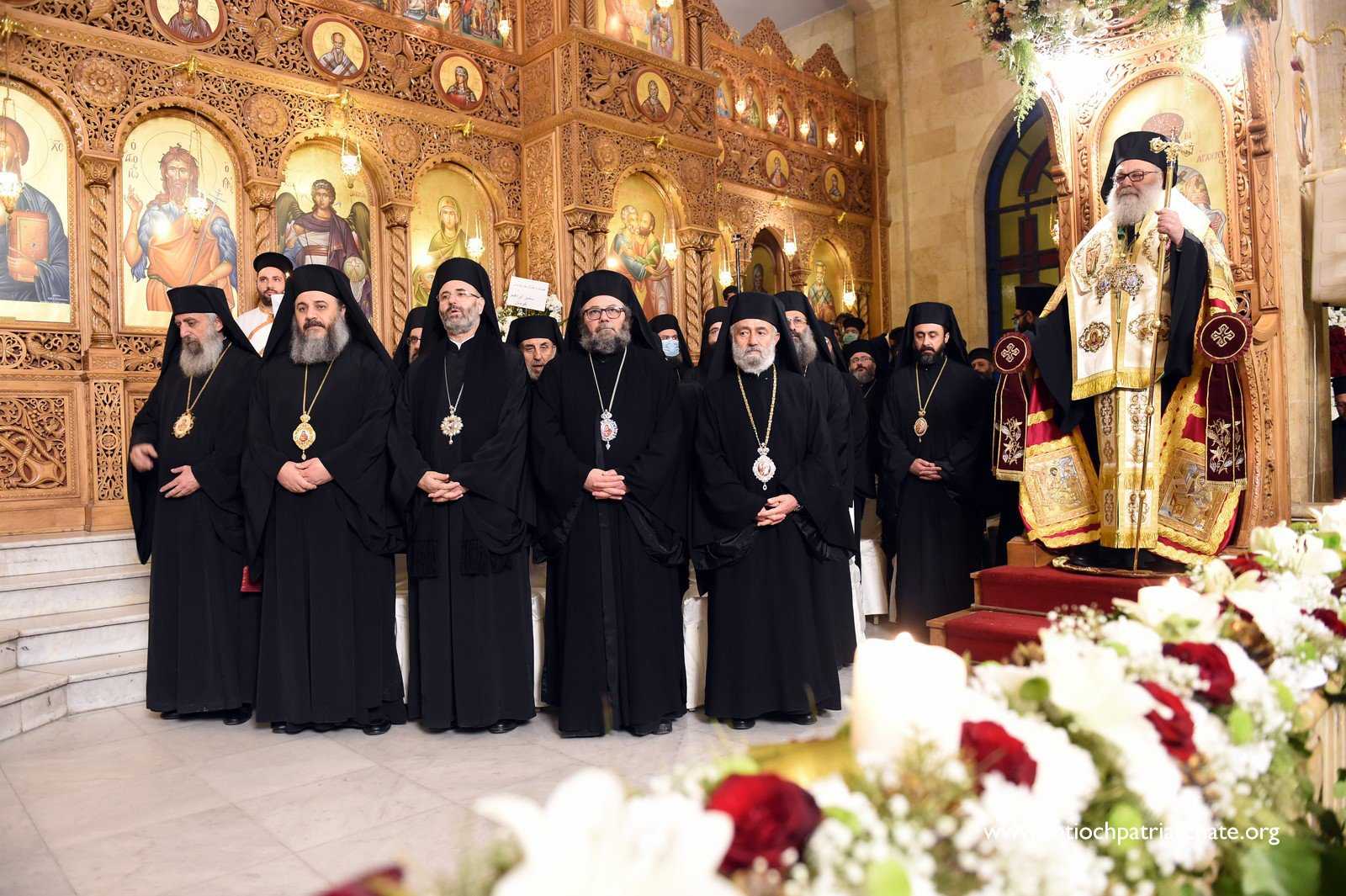 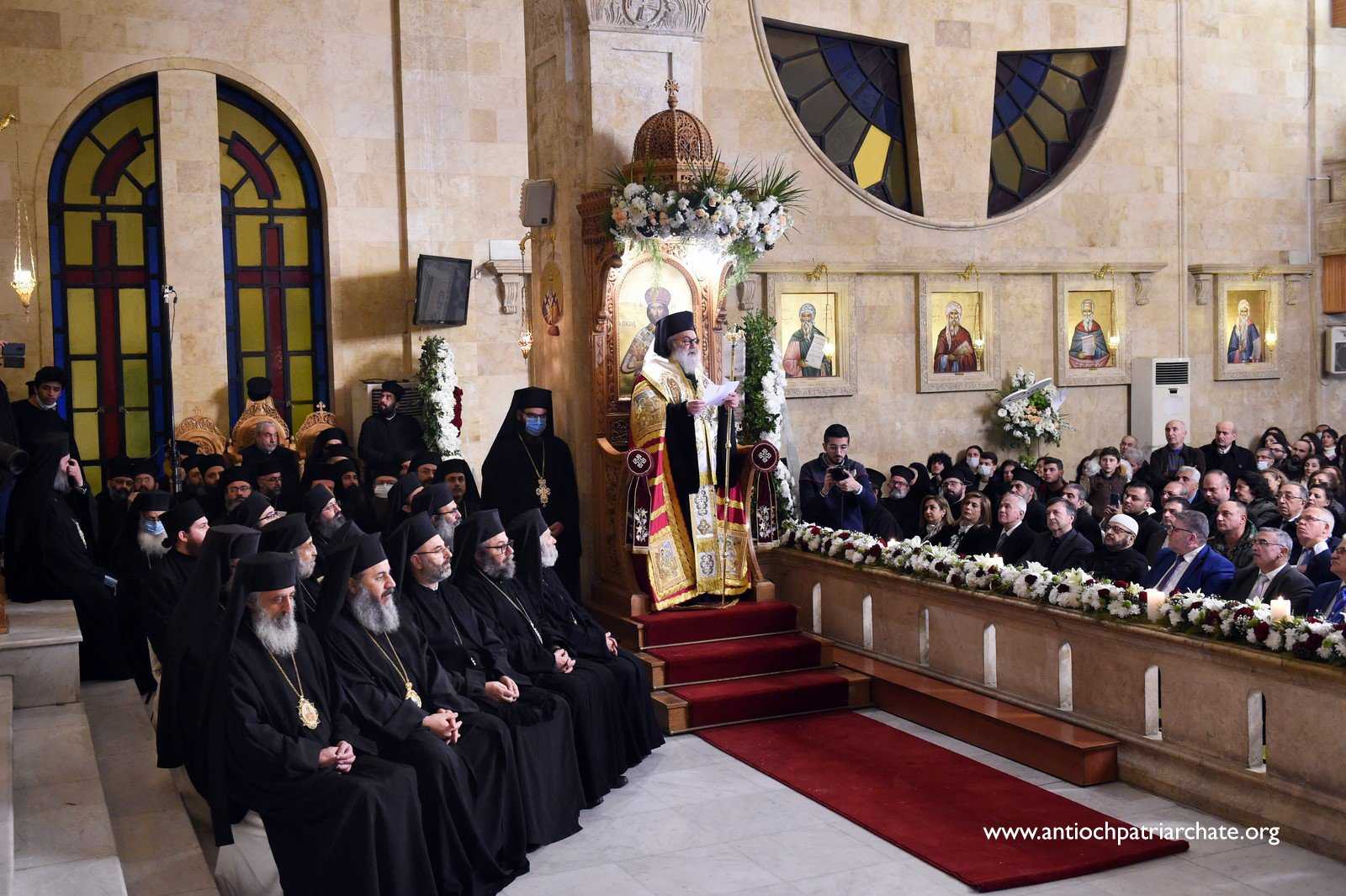 Archbishop of America: Let us re-commit to erasing anti-Semitism

"On Holocaust Memorial Day, let us re-commit to erasing anti-Semitism and all hateful prejudice from society," said Archbishop Elpidophoros...