Metropolitan of Kiev: All Churches will recognise the Church of Ukraine as Sister Church

Metropolitan Epiphanius of Kiev trusted that all Orthodox Churches would follow the canonical decision of the Ecumenical Patriarchate and would recognise the Orthodox Church of Ukraine as equal Sister Church. In addition, he received the “Patriarch Athenagoras” Human Rights Award in the US.

During the ceremony, the Metropolitan of Kiev said, “The Orthodox Church of Ukraine is the ‘youngest’ Church, the 15th in particular, written in the Diptychs. This very award is the outcome of the work, efforts, prayers, and fights of many generations of Ukrainians, bishops, priests and believers.”

He trusted that the day when all the Churches will follow the canonical decisions of the Ecumenical Patriarchate and will recognise the Orthodox Church of Ukraine as equal Sister Church would come soon.

The Archbishop of America highlighted that the issue of the Tomos of the Autocephaly of the Church of Ukraine responded to the canonical demand of many Orthodox Christians in Ukraine and that is why the Metropolitan of Kiev received the “Patriarch Athenagoras” Award.

Archibishop Elpidoforos of America said, “Even though many want to rewrite history, we know the real origins of the Church of Ukraine and that is Constantinople. That is why Kiev is the mother of Moscow and not the other way around. He also said that Autocephaly was granted by Constantinople to all Churches that were built in the second millennium.

Archibishop Elpidoforos pointed out to the Metropolitan of Kiev his serious responsibility for the Ukrainian nation-building in the future and the Ukrainians are still struggling for their freedom from external pressures. This kind of pressures also affects many Ukrainian believers, who still fall under the Patriarchate of Moscow. 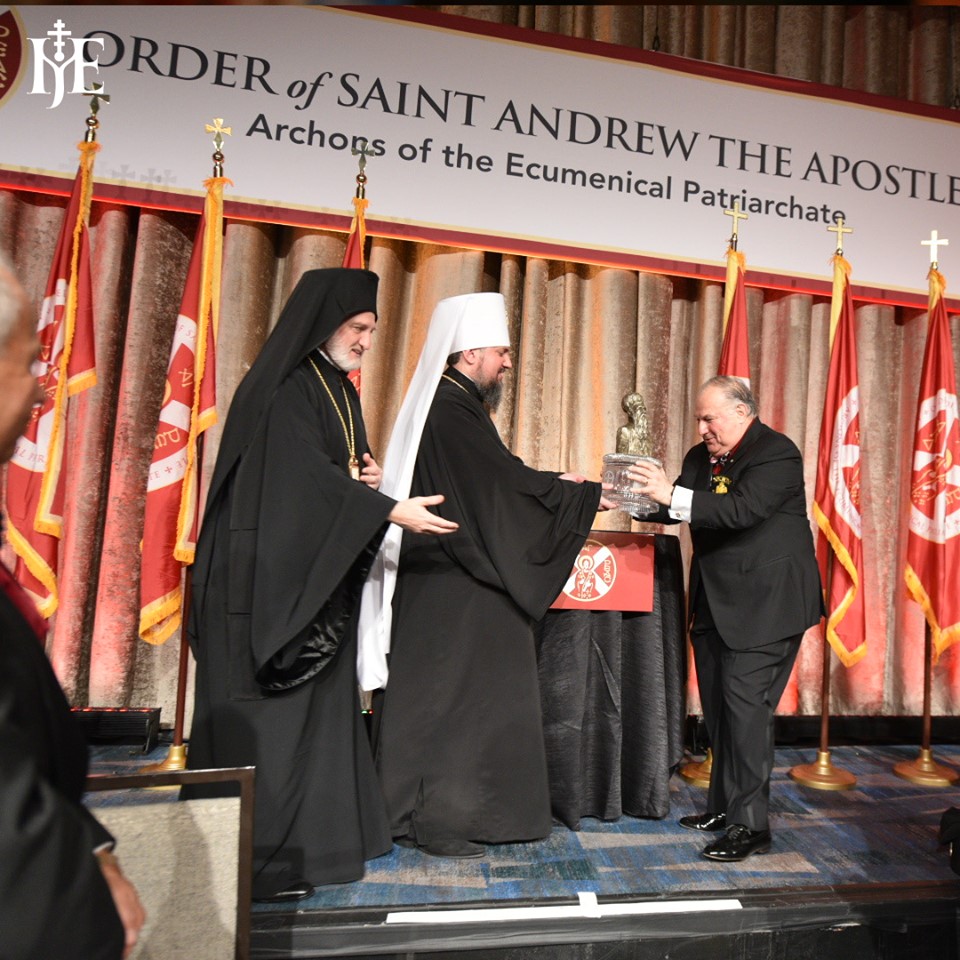 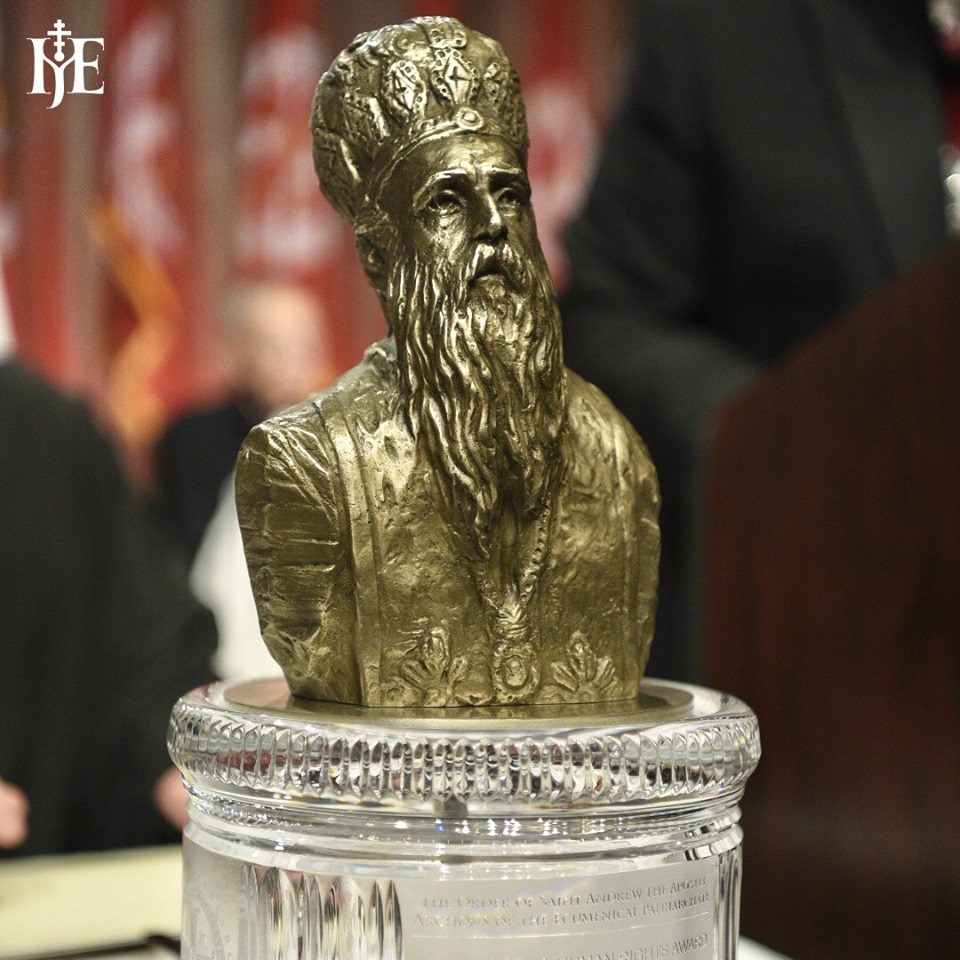 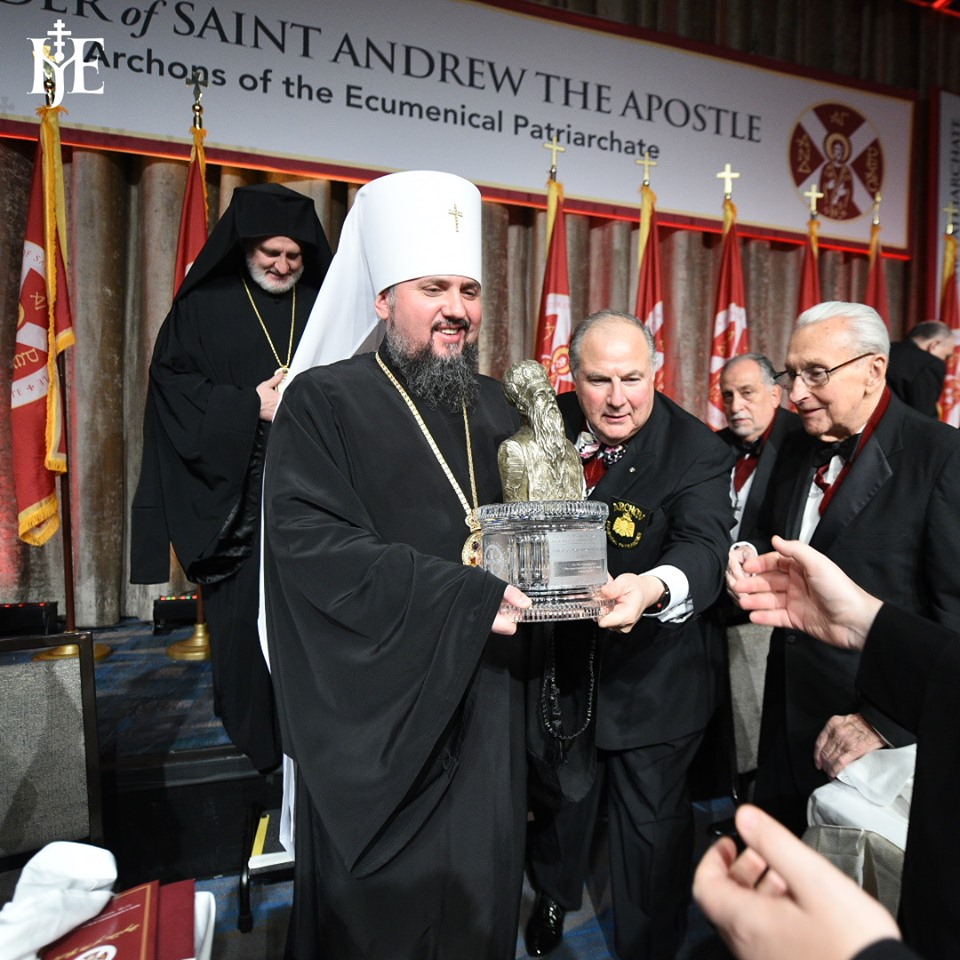 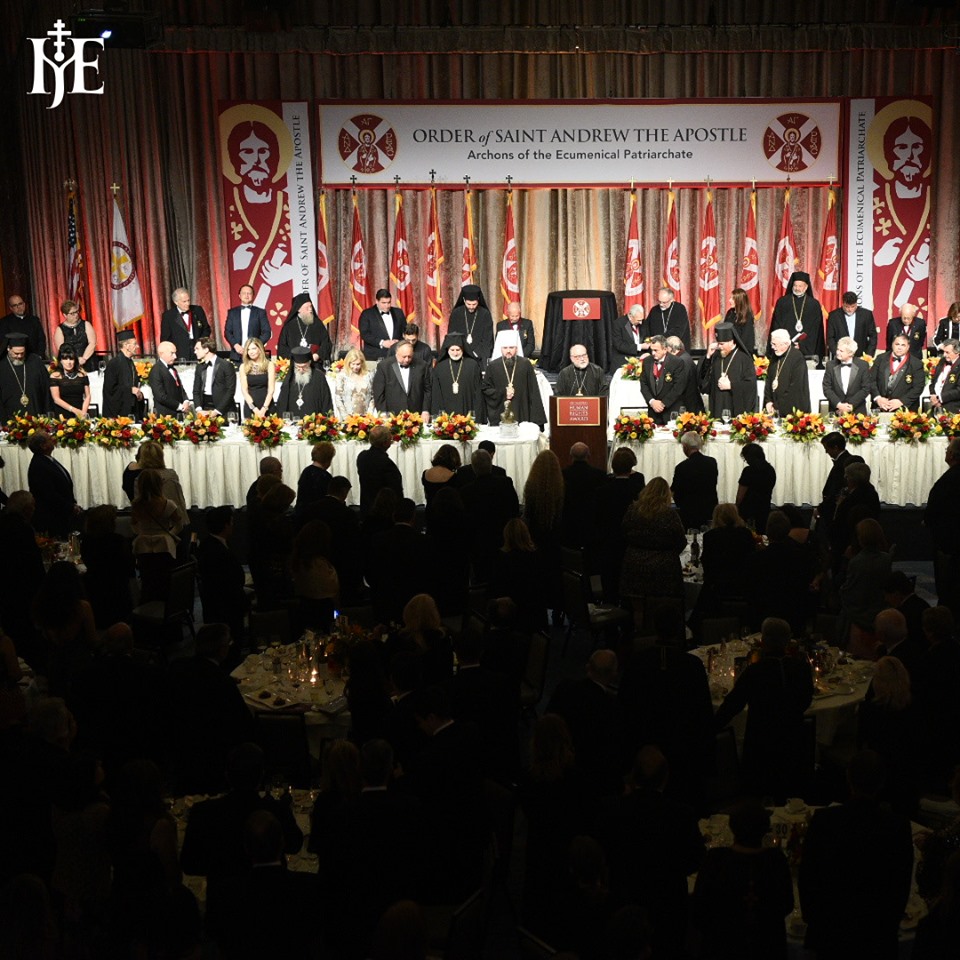 Archbishop of Cyprus: I did not contact Ecumenical Patriarch for Hagia Sophia because Turks have been monitoring our phones

Ecumenical Patriarch: We continue to fight for reopening of Halki seminary

Ecumenical Patriarch: If Hagia Sophia becomes a mosque, millions of Christians will turn against Islam (upd)

Metropolitan of Zambia: Today our Patriarch is celebrating

The Xenophontos Monastery awarded the civil administrator of Mount Athos

Russian President Vladimir Putin recently had a telephone conversation with his Turkish counterpart, Recep Tayyip Erdogan, during which the...