Metropolitan of France: We must focus on what unites us

The Vespers Service to celebrate the memory of Saint Dionysius the Areopagite was held on Sunday afternoon at the Saint-Germain l’Auxerrois, a parish church near Louvre in Paris, with the participation of Orthodox and Roman Catholic believers.

Every year around this time, the Metropolitan of France performs the Orthodox Vespers Service in Notre-Dame de Paris to celebrate the memory of Saint Dionysius. Unfortunately, as a result of the destruction of Notre-Dame by fire, the Vespers Service was held at the Church of Saint-Germain-l’Auxerrois this year at the invitation of the Roman Catholic Archbishop of Paris, Michel Aupetit.

The Metropolitan of France was accompanied by Bishops of Irenaeus of Reghion and Maximus of Melitene. They were welcomed by the Roman Catholic Archbishop of Paris, Michel Aupetit, the Protosyncellus, Father Jerome Bascoul and the pastor of the Church of Saint-Germain.

Among those attending the Vespers were the Ambassadors of Greece to France and the OECD.

In his homily, the Metropolitan of France spoke about the bridges of communication between the East and the West and called on everyone to pray for the future of Christian unity.

Referring to the recent event of the offering of a part of the relic of the Apostle Peter by Pope Francis to the Ecumenical Patriarch, the Metropolitan said, “This fraternal offering is a sign of hope for all the Christians.” Promoting ecumenical dialogue and the unity of Christians is the fruit of our work. Although we must not ignore what has divided us, we must focus on what unites us and the common past of thousands of years in full communion. The purpose of our prayer tonight is understanding, mutual respect, love and common path. The commemoration of Saint Dionysius the Areopagite serves as a starting point for rethinking and rebuilding this collective memory that many have distorted deliberately.” 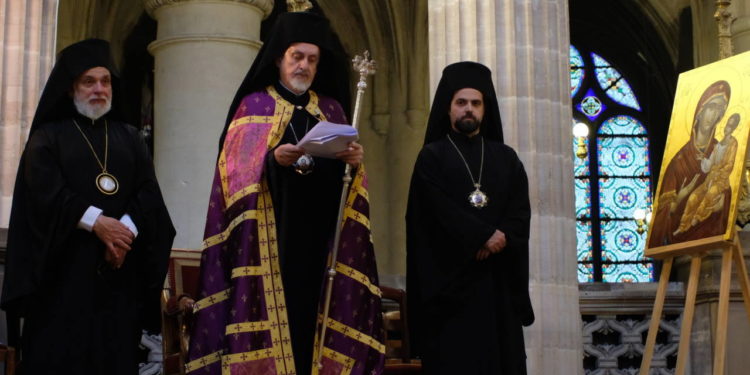 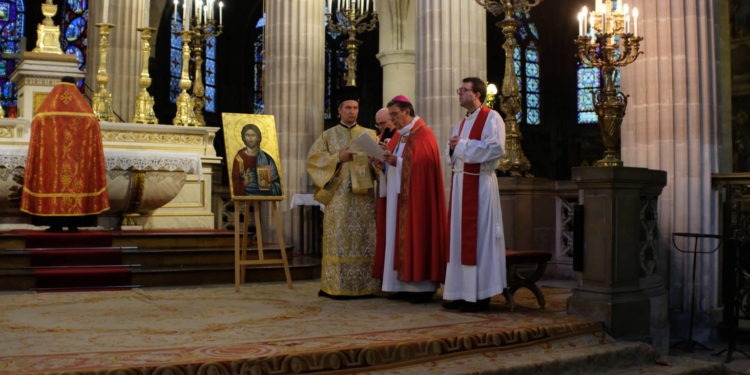