Meeting of the Orthodox Churches at the WCC: Making the Assembly a beacon of hope and reconciliation

In a mild climate, the scheduled meeting of all Orthodox who participate with delegations in the 11th Assembly of the World Council of Churches in Karlsruhe, Germany, took place yesterday late afternoon.

The Russian delegation was also present at the meeting, headed by the President of the Department of External Church Relations of the Patriarchate of Moscow, Metropolitan Antonios of Volokolamsk.

In his introductory speech, Metropolitan Emmanuel of Chalcedon said that it is a true “blessing” and privilege to come together as representatives of our Mother Churches bearing witness to our historical spiritual traditions and the apostolic experience of the Christian faith as lived in the various contexts of our communities as Oriental and Eastern Orthodox.

He also referred to the difficult realities faced by the Churches, from Ukraine to the Middle East, from Africa to Armenia. “Victims of conflicts and wars, but also victims of secular and spiritual authorities that seek to prevent Christians from following Christ’s teaching of peace and forgiveness.”

Elder Metropolitan Emmanuel of Chalcedon spoke of a sad reality: “Our Churches are becoming estranged”. However, he expressed the hope that the Assembly could become a beacon of hope and reconciliation.

“We have the crucial opportunity to facilitate the reconciliation that is so urgently needed by promoting peace and justice in a spirit of communion and love.”

Metropolitan Seraphim of Zimbabwe of the Patriarchate of Alexandria, stressed that in the past, when he was on other committees of the World Council of Churches, “when we were talking about Orthodoxy, many people laughed. We have to behave like a family, like members of a church. If we’re talking about heretics and schismatics, no one will take us seriously like this. If we want to preserve what we stand for, let’s do what we say.”

The representative of the Patriarchate of Jerusalem stressed the need to support the members of the Orthodox Church who are suffering. “And I’m talking about the Patriarchate of Jerusalem that is under occupation.” He then expressed his opposition to what the German President, Frank Steinmeier, said about the participation of the Russian Church in the Assembly of the WCC, referring to an “insult”.

Representatives of the Ukrainian Church asked for the support of our “Orthodox brothers” while thanking us for the help already offered, especially to the refugees.

In response to the issues raised, the Metropolitan of Chalcedon stressed that the theological dialogue that began a few decades ago failed to meet its objectives, “and we are all responsible for this.

Do not think that unity will come with miracles. We need more prayers and efforts from everyone, ” he noted.

He explained that no one can be responsible for any statements made by politicians (referring to the issue raised by the German president), stressing that we are in a free democratic country, where one can express oneself freely. He pointed out that the statements of Secretary-General Fr. Dr. Ioan Saucă, is the position expressed by the WCC.

The Metropolitan of Niphon of the Patriarchate of Romania pointed out the importance that through the World Council of Churches, the Orthodox can sit and meet from time to time.

“It is good to be together, but I would like to stress that it is important to continue the dialogue between our families. Practical issues could be solved in this way, through dialogue.”

Read below the Opening Remarks of Elder Metropolitan Emmanuel of Chalcedon:

Welcome to this meeting of the Orthodox Family during the 11th Assembly of the World Council of Churches. It is a true blessing and privilege to come together as representatives of our Mother Churches bearing witness to our historical spiritual traditions and the apostolic experience of the Christian faith as lived in the various contexts of our communities as Oriental and Eastern Orthodox. As such, the Orthodox Churches have a very special role to play in the life, orientation, and future of the World Council of Churches, especially following the adoption of the results of the work of the Special Commission for Orthodox Participation in the WCC of 2005.

I trust you have all had the opportunity to familiarize yourselves with the document recently published by the WCC entitled: Orthodox Reflections on the Way to Karlsruhe which offers a very useful resource to help us dive into the Assembly’s theme “Christ’s love moves the world to reconciliation and unity.” I invite you to read this document very carefully, especially the report that encompasses our specific contribution to the Assembly and well as our concerns for the world. Indeed, it is with great sorrow that we should acknowledge the challenging realities that our Churches are facing, from Ukraine to the Middle East, from Africa to Armenia, so many places where our faithful are victims twice over: victims of conflicts and wars, but also victims of secular and spiritual authorities that seek to prevent Christians from following Christ’s teaching of peace and forgiveness.

We must face the sad reality that our Churches are becoming estranged. My hope is that this Assembly can become a beacon of hope and reconciliation as we undertake this ecumenical journey together. We have the crucial opportunity to facilitate the reconciliation that is so urgently needed by promoting peace and justice in a spirit of communion and love. There are many items on our agenda today for our careful review.

In closing, allow me to express my deepest gratitude to the Rev. Prof. Dr. Ioan Sauca, who has so faithfully served the organization without forgetting his spiritual roots, embodying the best expression of Orthodox commitment to Christian unity and ecumenical solidarity. Finally, during our journey from Busan to Karlsruhe, we have lost many of our brothers and sisters who have reposed in the Lord. I would like to invite you to pray for the eternal memories of at least three of these Ecumenical heroes: Metropolitan Anba Bishoy of Damietta, Metropolitan Gennadios of Sassima, and Fr. Leonid Kishkovsky, among others. We continue to pray for the kidnapped Metropolitans of Aleppo, His Eminence Boulos (Yazigi) of the Patriarchate of Antioch, and His Eminence Mor Youhanna Gregorios (Ibrahim) of the Syriac Orthodox Church of Antioch.

As King David said: “How very good and pleasant it is when kindred live together in unity!” (Psalms 133, 1)

Thank you for your fraternal attention 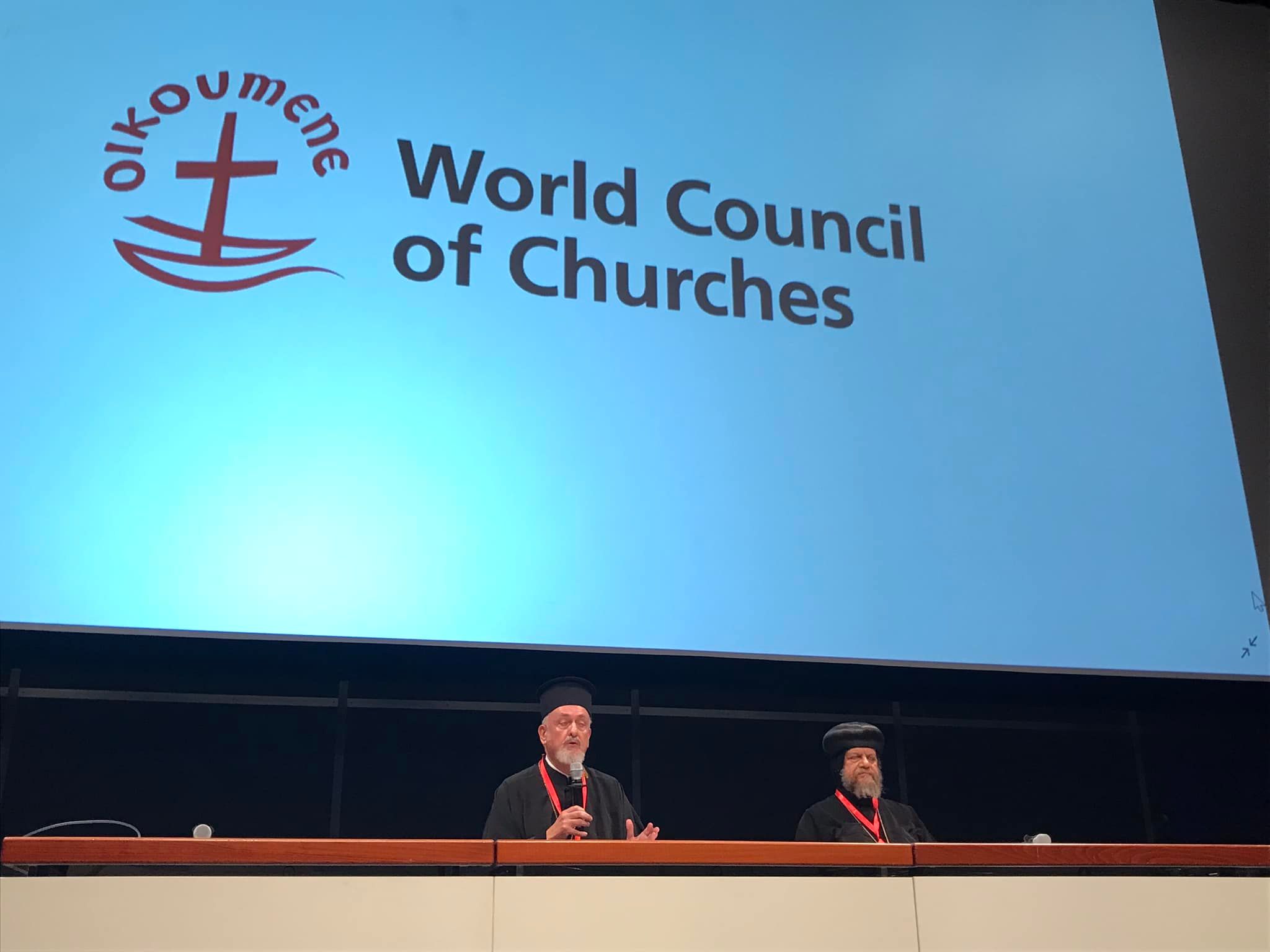 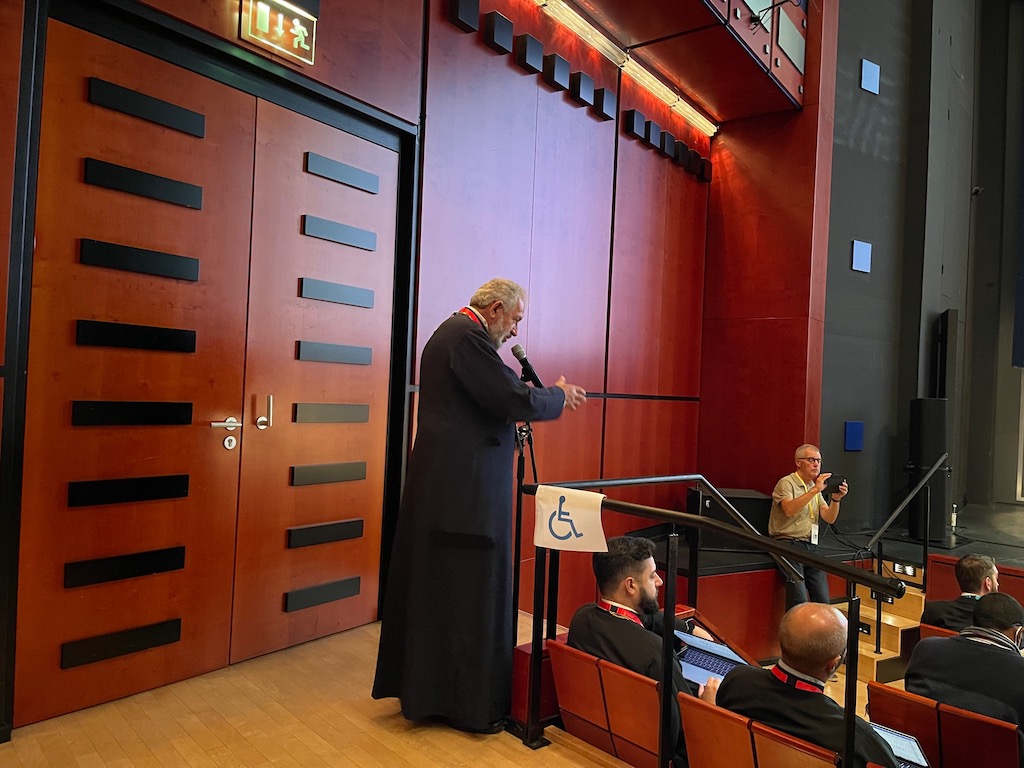 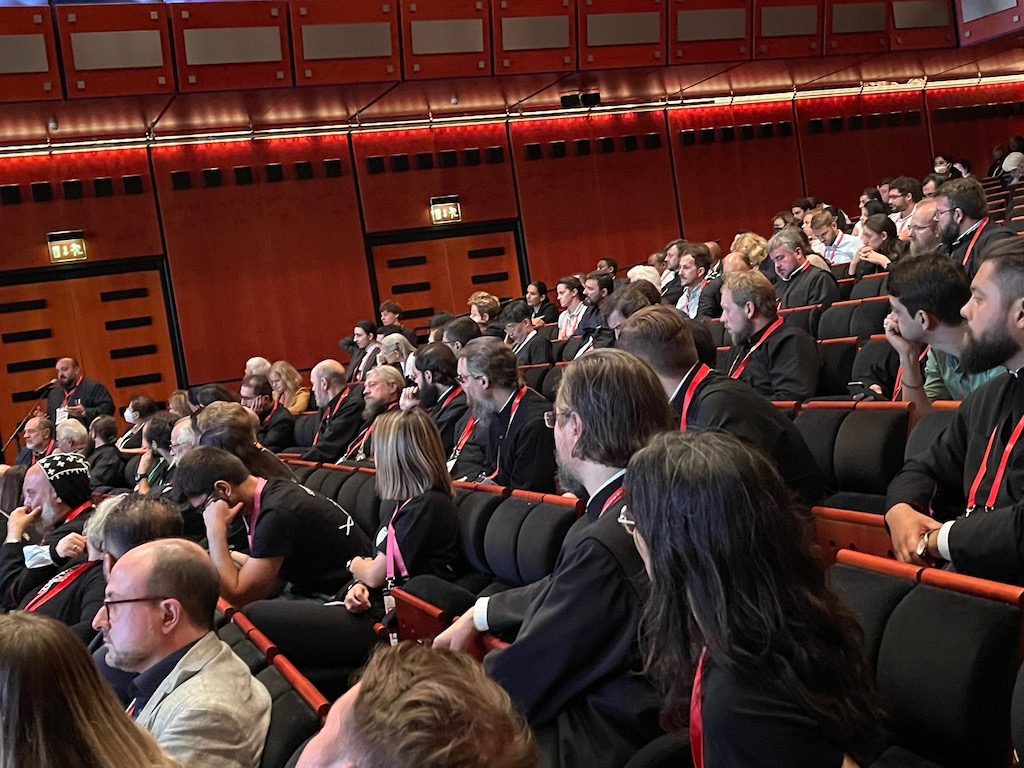 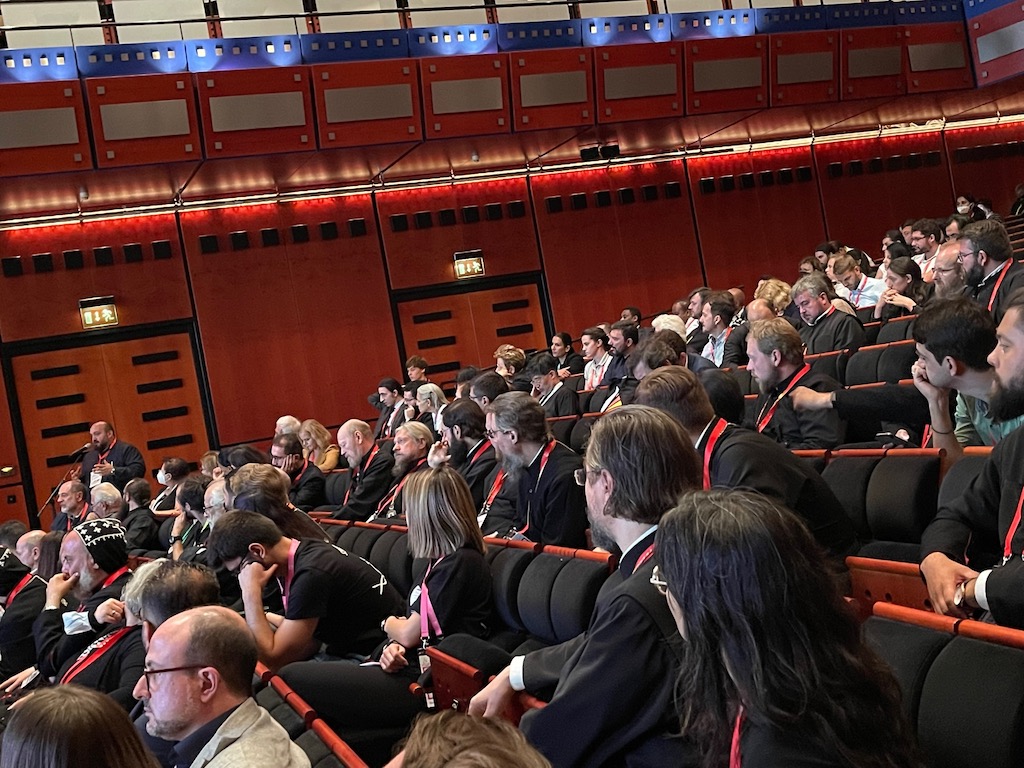 Russian “attack” to the WCC: Your document is so important as a statement of McDonald’s

Job of Pisidia for Ukraine: Is this the witness of Christ that we give to the world?

Adelaide: The Beheading of St John the Baptist and missionary journeys into the Australia Outback