The date 15 April 2019 will remain forever engraved on the memory of humanity as the “dies nefasti” for the cultural and religious patrimony. Today is a day of mourning. The bleak picture of the Notre-Dame Cathedral in Paris being consumed by the flames has been in all of our minds.

“The Notre-Dame bursts into flames, France bursts into tears, and the whole world is lamenting”. Those were the words of a citizen observing with anxiety the huge battle of the firefighters with the flames, Deutsche Welle reported.

On his part, President of France Emmanuel Macron promised to launch a campaign to rebuild the cathedral, putting out an appeal for “the greatest talents” in France and beyond to contribute to the restoration of the monument.

“We will rebuild Notre-Dame together,” said Macron, promising that this will be “our work in the following years.”

When the fire broke, there was a dense cloud of black smoke coming from the building. A devastating fire engulfed the building’s spire and roof, while the two bell towers were saved, as shown in many photos and videos posted on social media.

“A terrible fire broke out now in the Notre-Dame Cathedral,” tweeted Mayor of Paris, Anne Hidalgo.

The fire broke out at around 18:50 (local time), possibly related to the maintenance work being done in the building. The France 2 TV channel reported that the police considered it “an accident”.

According to ANA-MPA, sections of the cathedral were under scaffolding as part of the extensive renovations and the copper statues had been removed last week.

A spokesman for the Mayor’s office tweeted that Paris’ Île de la Cité was evacuated.

Approximately 13 million tourists visit the emblematic cathedral built in the 12th century. It is reminded that yesterday was the beginning of Holy Week for Catholics who will celebrate Easter on April 21. 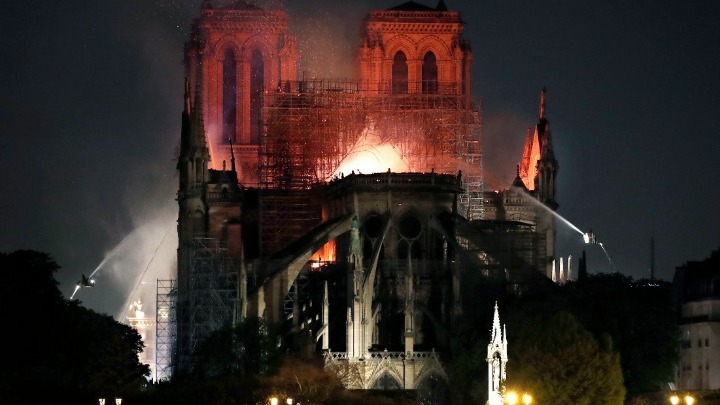 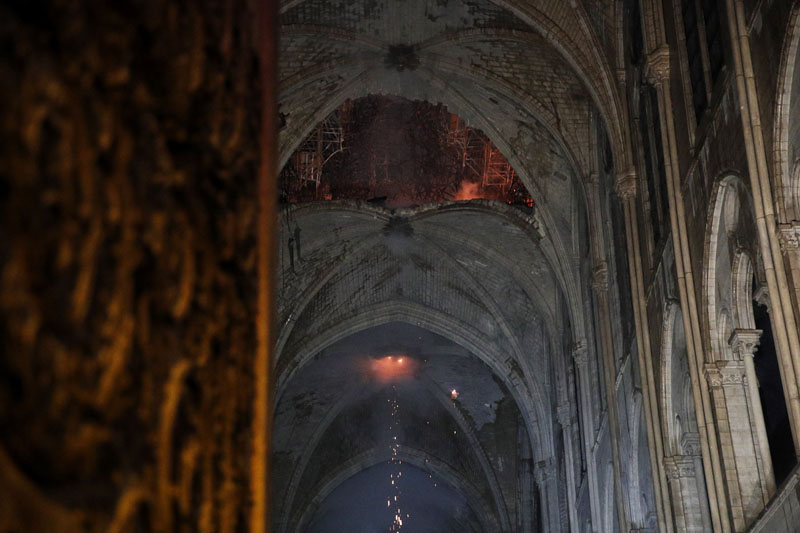 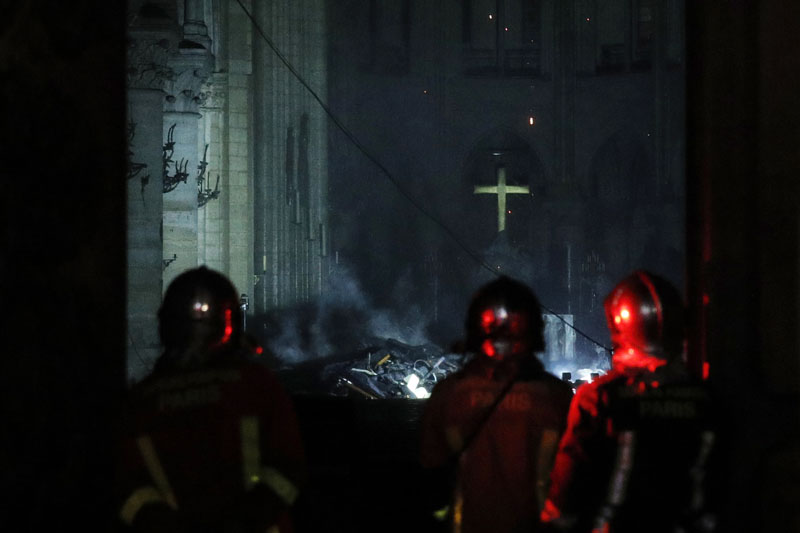 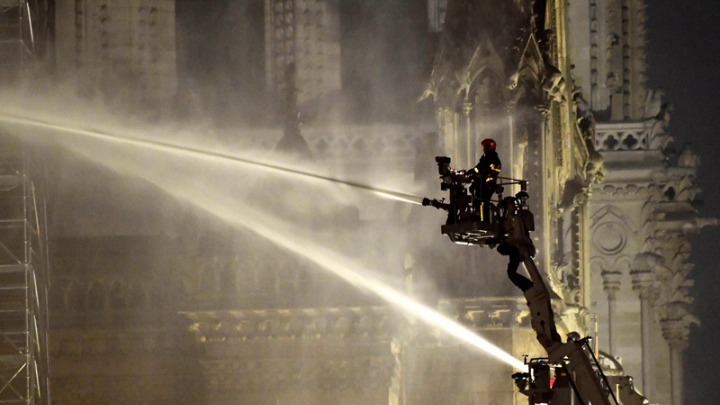 Reconstruction work of Notre-Dame in Paris begins in January 2021

Notre-Dame service, a message of hope for France amid coronavirus threat