On Sunday, 24th July 2022, the priests and faithful of the Orthodox Parish of Saint Menas the Great-martyr the Wonderworker located in San Lorenzo di Sedegliano prayed to God and the Mother of God and all the Saints to obtain mercy and help in these times of great trial, when drought hit north-eastern Italy causing a massive fire in the Karst plateau between Monfalcone and Trieste.

After the Divine Liturgy, they left in procession with the Miraculous Icon of the Mother of God “of the Sign”, from the park of the Orthodox Church to the Monument of the Madonnina, at the exit of the town.

On this route, the Miraculous Icon, which dates back to the 14th century, was carried for prayer and worship through all the intersections of the little town, with 12 stops, one of which was in front of the Roman Catholic Church.

A special religious service was officiated at the Monument of the Madonnina, during which those present prayed for the mercy of the Mother of God and her Son, so that they may give us the long-awaited rain and stop the calamities that are unleashed on us.

Upon returning to the City Centre, the Te-Deum was officiated and prayers were again offered for a peaceful rain and an end to calamities.

The Protopresbyter Fr Petru Parvu, rector of the Orthodox Parish, in the sermon given at the end of the Te-Deum, recalled: “Our only hope is the Mother of God who, by praying to her Son and our God, Jesus Christ, can stop this plague that is raging against us.”

Father Petru recalled the importance of the mission of Orthodoxy for the environment and addressed an important appeal to young people, citing Patriarch Bartholomew of Constantinople who calls them “to become aware of the meaning of a life of faithful Christians and of contemporary people”. Ecumenical Patriarch Bartholomew has received the title of “Green Patriarch”. Thus, the Ecumenical Patriarch is now seen as a religious spokesperson on environmental issues and as a “green” spiritual leader in the world. Furthermore, by extension, the Ecumenical Patriarchate’s position in favor of environmental responsibility is expressed in his words: “It is a common belief that in our age the natural environment is more threatened than ever in the history of humanity. The magnitude of this threat is demonstrated by the fact that what is at stake is no longer the quality of life, but its protection on our planet. For the first time in history, man is capable of destroying life on earth. Nuclear weapons are the symbol of man’s Promethean Titanism, the tangible expression of the ‘omnipotence complex’ of the contemporary ‘man-god’.”

The Ecumenical Patriarch’s words invite us to reflect and act and remind us that we need to return to the prayer of thanksgiving for everything and renounce the false self-destructive autonomy of contemporary man.

ABOUT THE MIRACULOUS ICON

The miraculous icon of the Mother of God “of the Sign” (of the Kursk Root) was discovered on September 8, 1295, in the forest, not far from the city of Kursk (Russia). A hunter found her face down at the roots of an old oak. As he lifted the icon, a spring of clear water gushed from the ground. And at the moment, the source is still present in that place. The hunter built a small wooden chapel in honor of the discovered icon. Since that time, people have come to honor the Icon of the Mother of God “of the Sign”, also called “of the Kursk Root”.

Many miracles happened here thanks to the icon. St. Seraphim of Sarov himself was healed in the presence of this icon.

The series of miracles has not stopped through the centuries but has reached our own day, and now the faithful are praying to the Mother of God and the Saviour Jesus Christ for mercy, the forgiveness of sins, and the removal of their troubles.

In 2015, with the foundation of the Orthodox Parish of Saint Menas the Great-martyr the Wonderworker located in San Lorenzo di Sedegliano, a copy of this icon dating back to the 14th century and which has also proved to be Miraculous, was given as a blessing to the Parish and since then many miracles have occurred in the small area of Sedegliano. 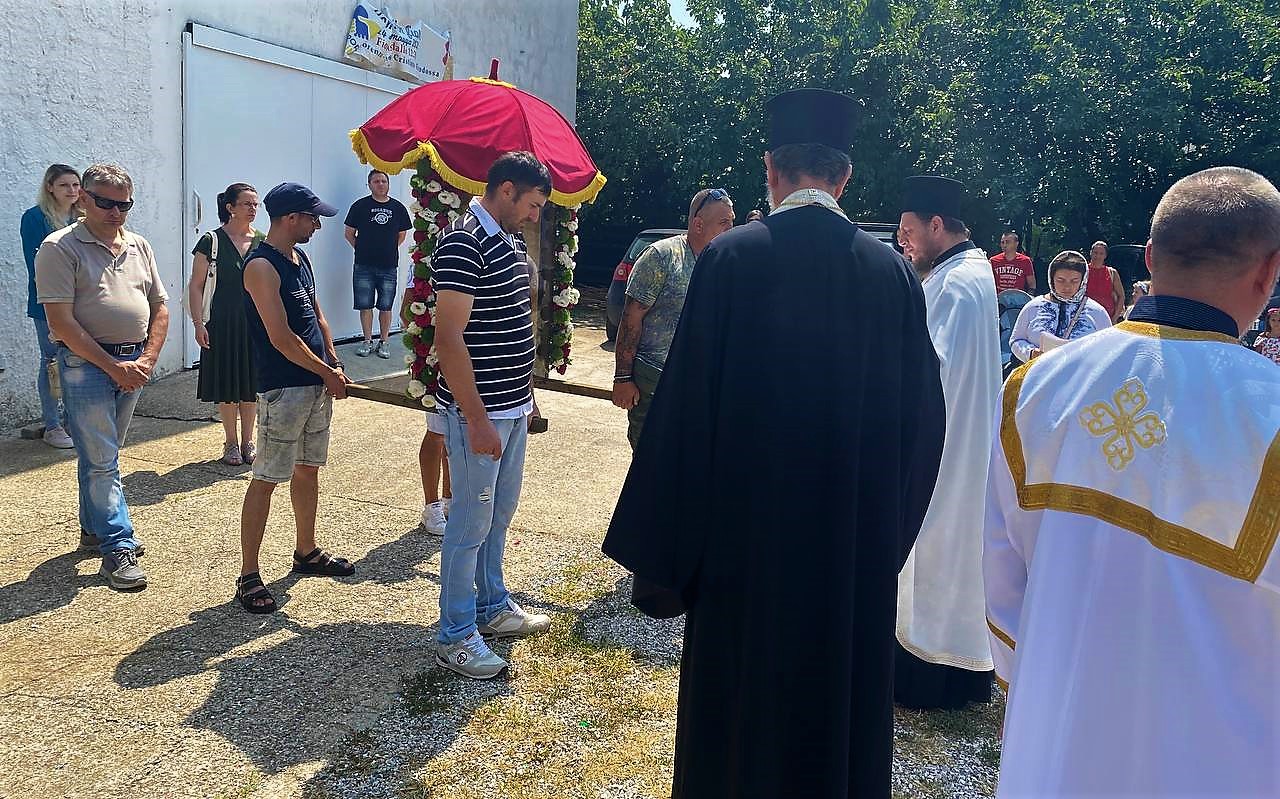 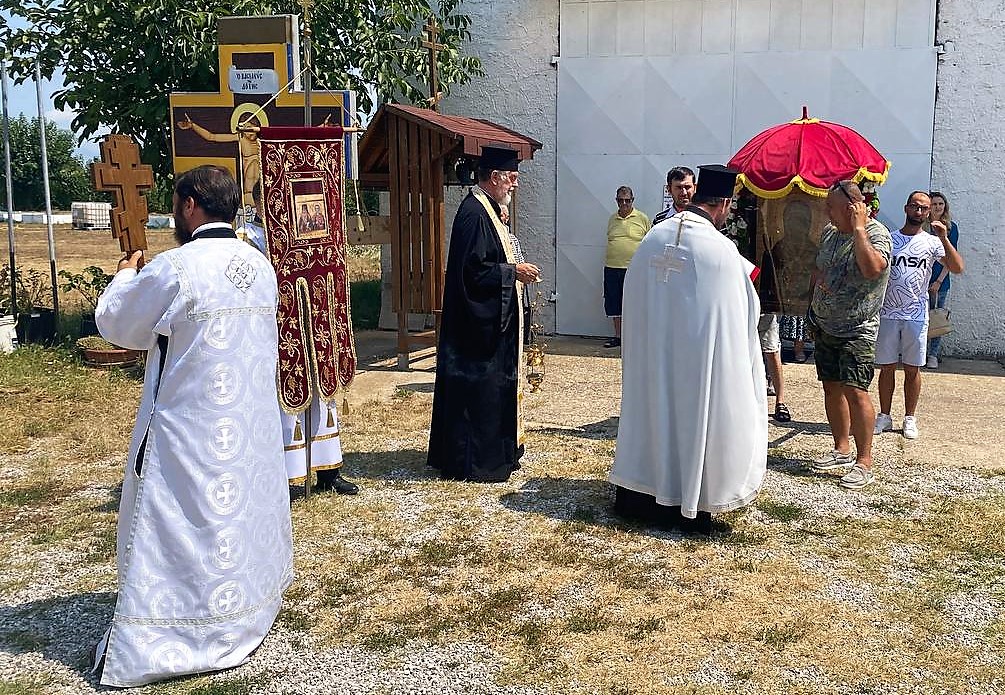 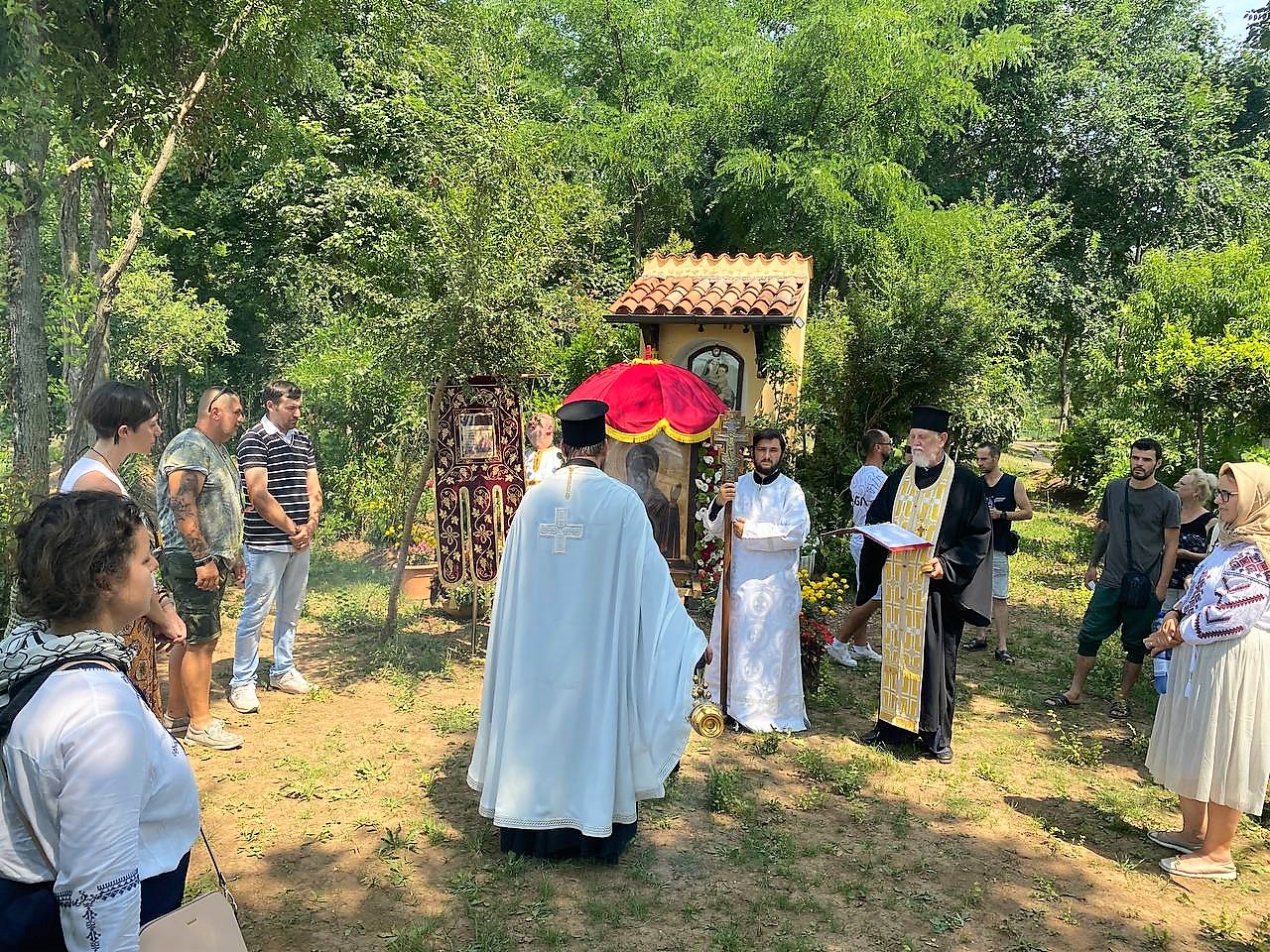 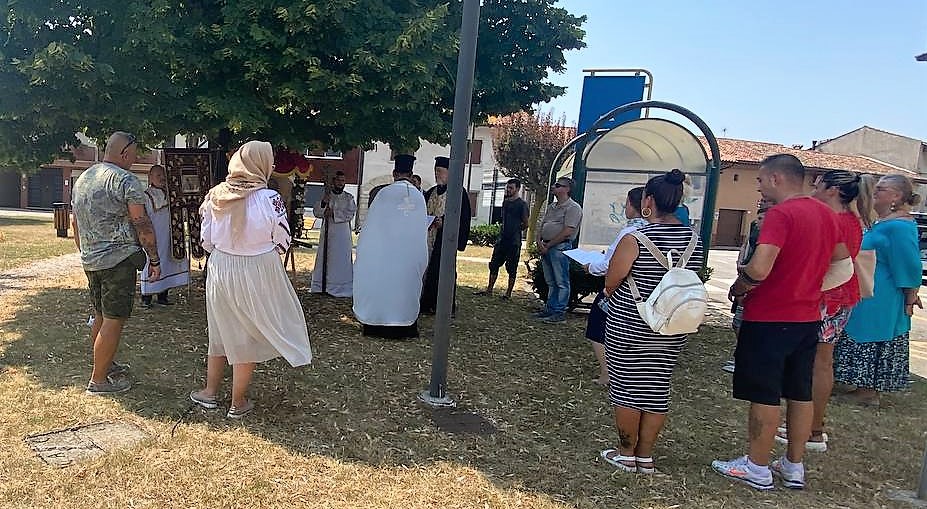 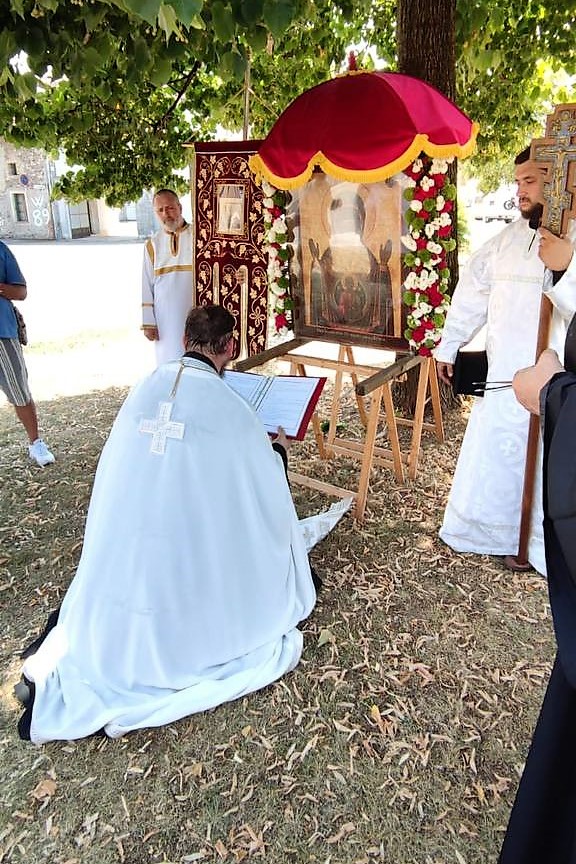 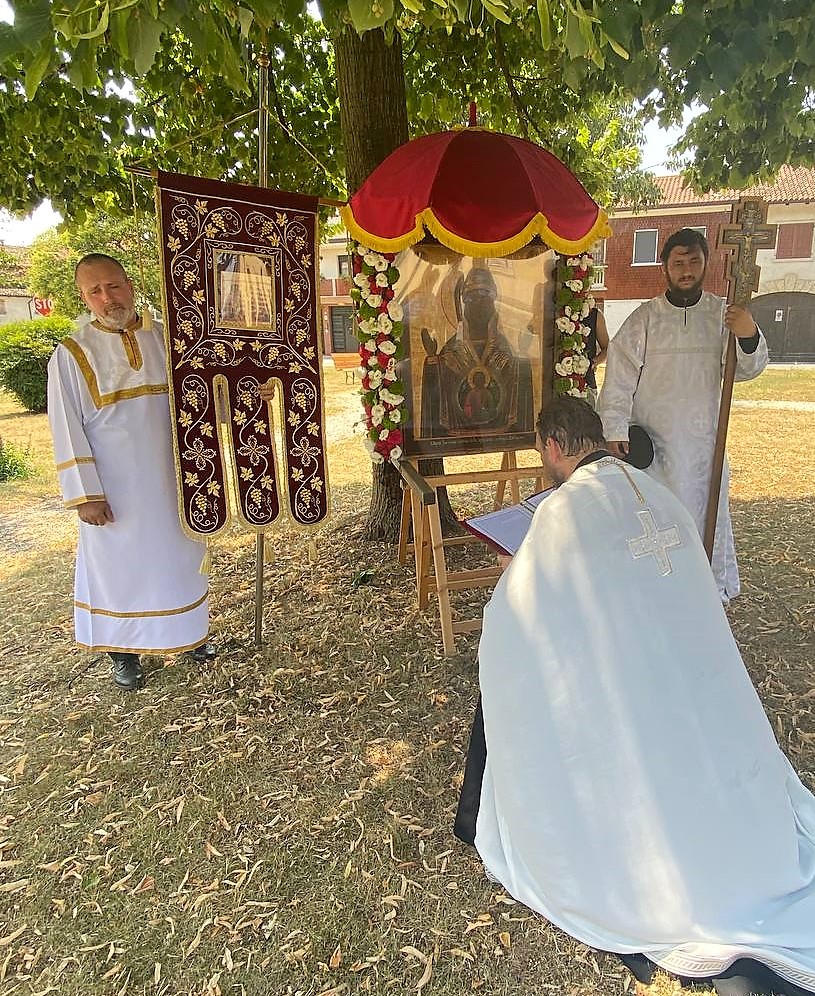 Metropolitan of Italy paid his first pastoral visit to Sardinia

First meeting of the Holy Clergy in the Diocese of Italy