On the evening of Wednesday, September 29, 2022, the President of the Democratic Alert of the Republic of Cyprus, Averof Neophytos, visited the Patriarchate of Jerusalem.

Neophytos was warmly welcomed by Patriarch Theophilos of Jerusalem and Hagiotaphite Fathers.

In the context of this visit, there was an interesting discussion about the ancient ties of the Church of Cyprus after the Church of Jerusalem from the days of the Apostles and about the Cypriot pilgrims, who also arrived the previous day for the day of the feast of the Holy Cross, about Saint Philomenos and of the Cypriot Hagiotaphite Fathers, who have greatly contributed to the Patriarchate, regarding the property of the Patriarchate in Cyprus and regarding the Exarchate of the Holy Sepulchre in Cyprus.

Patriarch Theophilos underlined the role of the Church, as a connecting link of the unity of the Cypriot people, suffering year after year from the harsh conditions of invasions.

Patriarch Theophilos presented Neophytos with a silver painting of the city of Jerusalem and an icon of the Theotokos of Jerusalem.

After giving thanks, Neophytos departed to venerate the Church of the Holy Sepulchre. 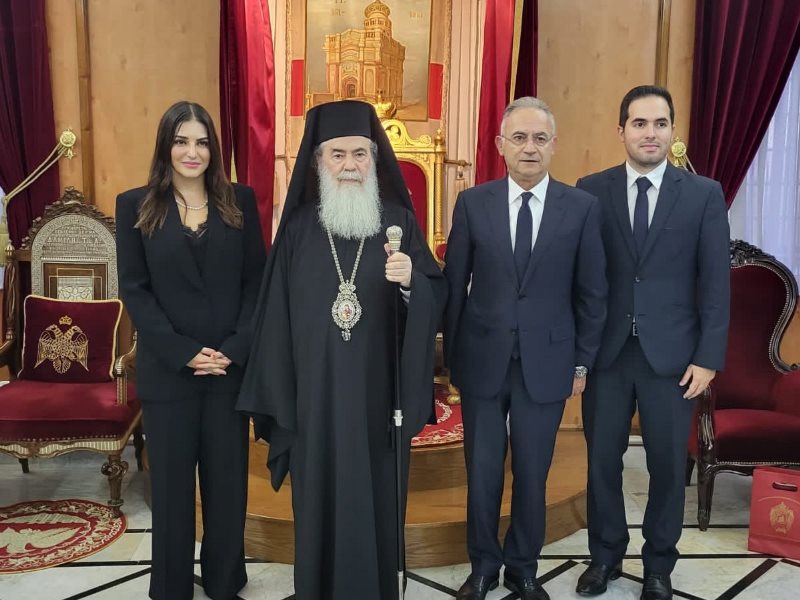