Built on the highest mountain range of Egypt, the lighthouse of Orthodoxy and Hellenism, at least two hours away from the major city, Sharm El Sheikh, the deputy minister visited the katholikon of the monastery, attended the Divine Liturgy while Father Symeon welcomed the deputy minister.

Father Symeon also showed Vlasis around the famous Sinai Library, which is the largest collection of historical texts and manuscripts in the world, outnumbered only by the Vatican Library.

Moreover, Konstantinos Vlasis stressed that the existence of the Greek Orthodox Saint Catherine’s Monastery, with the three flags waving in front of the Monastery: Greece, Egypt and St. Catherine, showed in practice the religious coexistence of Egyptians and Greeks, showing that the Greek-Egyptian relations could be strengthened more for the sake of the peoples. 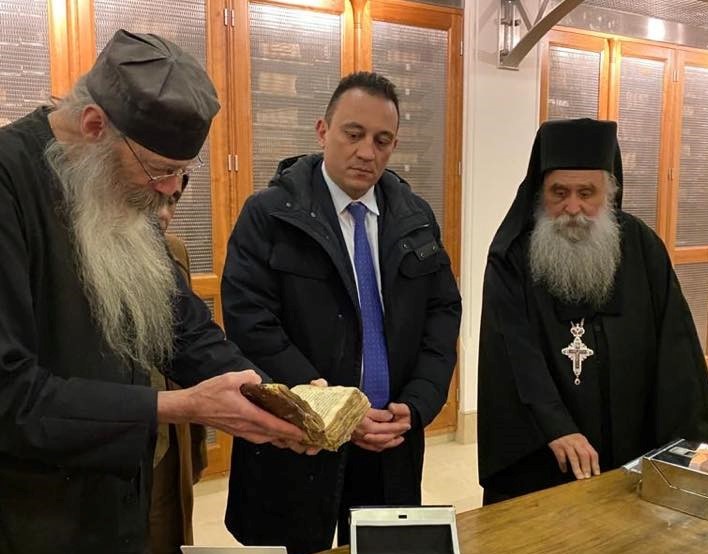 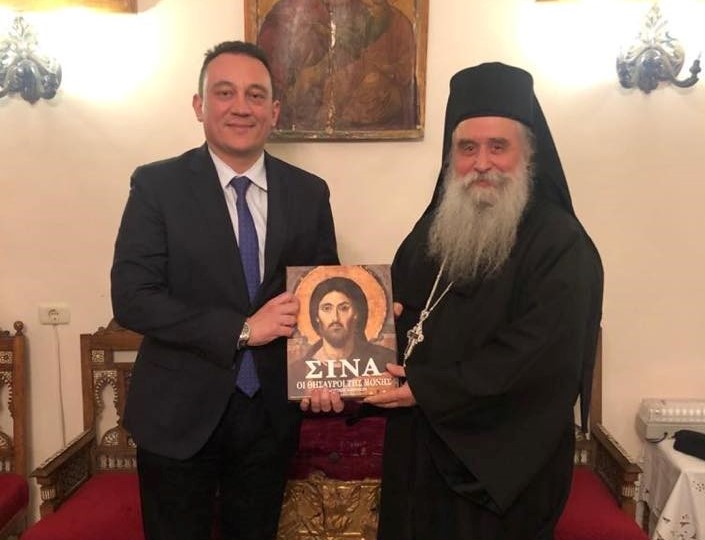 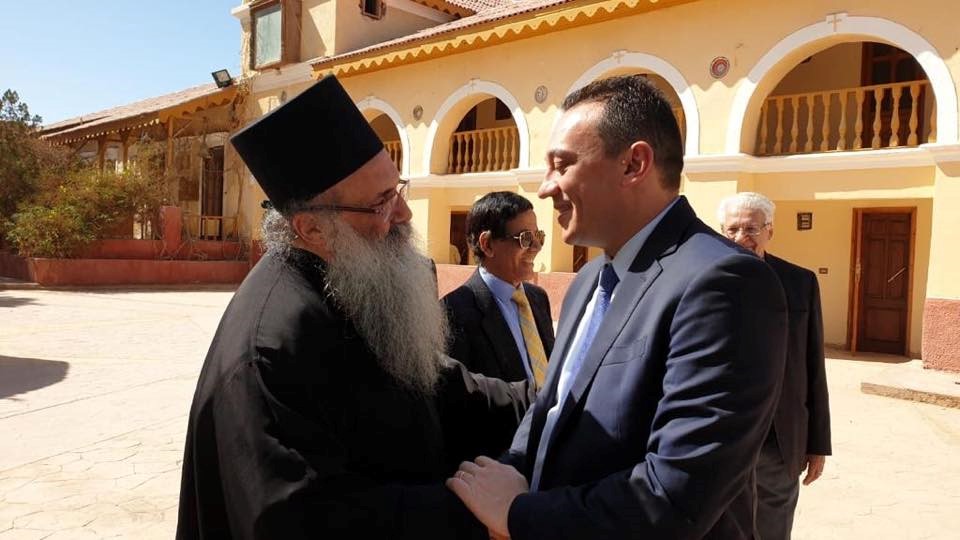 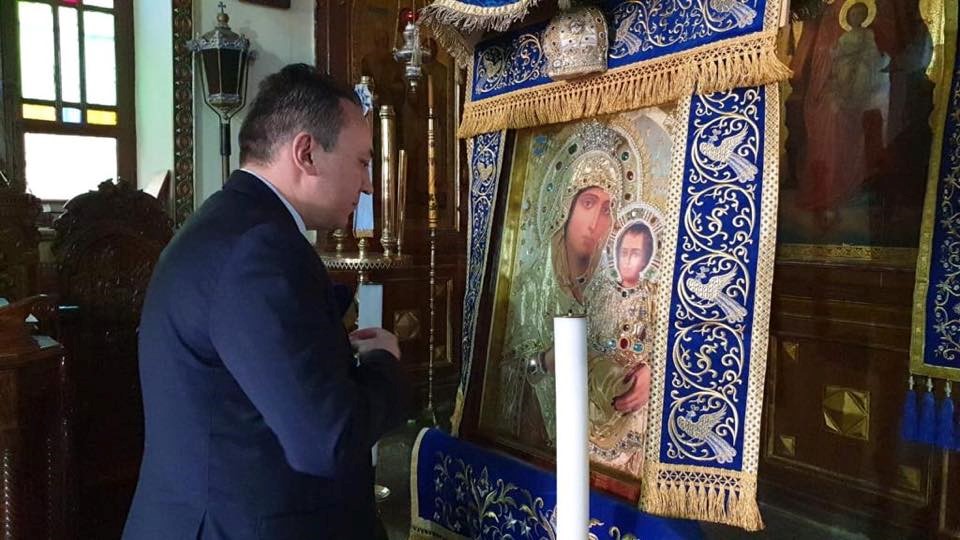 Greek Deputy Foreign Minister: The Holy Fire will come to Greece as usual

The service of the Akathist at the Patriarchate of Jerusalem (video)

The service of the Great Canon at the Patriarchate of Jerusalem

Churches in Bulgaria remain open on Palm Sunday and Easter

Bulgarian Prime Minister Boyko Borissov announced today that Orthodox churches would remain open and that church services would be...

Greek govt: Follow guidelines of Church of Greece and pray at home

Deputy Minister of Civil Protection and Crisis Management, Nikos Chardalias, stressed during today's briefing on the coronavirus that the...

LAST UPDATE: 19:40 The President of the Hellenic Republic, Katerina Sakellaropoulou, communicated with Archbishop Elpidophoros of America. She expressed...

Metropolitan of Belgium: We are obliged to express our faith the way they did during Early Christianity

Metropolitan Athenagoras of Belgium addresses the faithful and priests in a pastoral letter for Holy Week and Easter. Moreover,...

Church of Greece donates medical goods and supplies worth € 300,000

The Church of Greece carried out the decision made by Archbishop Ieroynmos of Athens and the Standing Holy Synod...

The services of Holy Week transform us into eyewitnesses and direct participants in the awesome events of the Passion...