On Saturday, July 2, 2022, a festive event for the end of the school year 2021-2022 of the Branch of the Greek National School in Graz took place in Graz with the theme: “From Messolonghi to Ayvalık: Stories of women who lived through war and refugee”.

After two years of a pandemic which was experienced by young and old as “The Free Besieged” and while the world community is facing the outbreak of a war in the neighbourhood of Europe, the students of our school in Graz approached two important milestones of Greek history, with the “vehicle” of literature and with the theme of women as mothers and sisters during the war and the refugee period.

The first historical station was Messolonghi in the spring of 1826. The students dramatised an extract from Dionysios Solomos’ famous play “The Free Besieged”, a human tragedy that touches modern man. Our National Poet admires and praises women for their moral strength as they rise in the face of duty, with the same strength that men do, and along with the Poet, men also recognize this magnanimity of women.

The second historical station was Ayvalık in Asia Minor in the years 1919-1922. Commemorating the 100th anniversary of the Asia Minor Disaster, the children performed the play “The Diary of the Disaster” based on the autobiographical text of Agapi Venezi-Molyviati “The Chronicle of Ten Days”. The program of the student celebration was enriched with songs, related to the theme, by the school’s choir. At the end the children danced traditional dances from Pontus and Asia Minor.

The festive school event was graced by Bishop Arsenios of Austria and Exarch of Hungary, represented by the parish priest of the Graz Parish, Fr. Dimitrios Makris, and the Consul of Greece in Vienna, Mrs. Eleni Gkoulousi, on behalf of the Embassy of Greece to Austria. In a very moving atmosphere, the students were also awarded their certificates for attending the Greek language courses.

Congratulations were expressed to the students of the Branch of the Greek National School Graz, who managed to move their audience and make everyone proud of their remarkable effort.

Warm thanks were also expressed to the parents and guardians for their trust and unreserved support, as well as to all those who helped to make the event possible.

The celebration ended with the offering of sweet and savoury treats to young and old alike. Everyone wished to meet again in September. 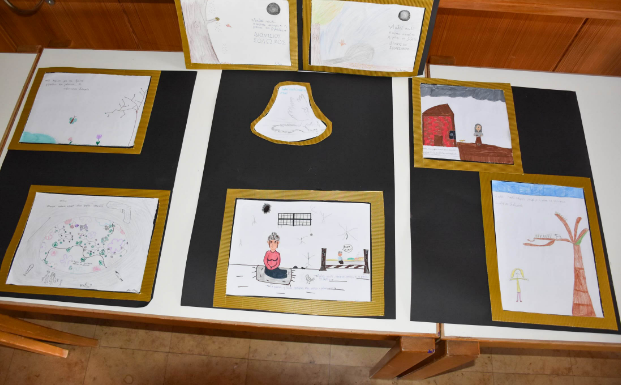 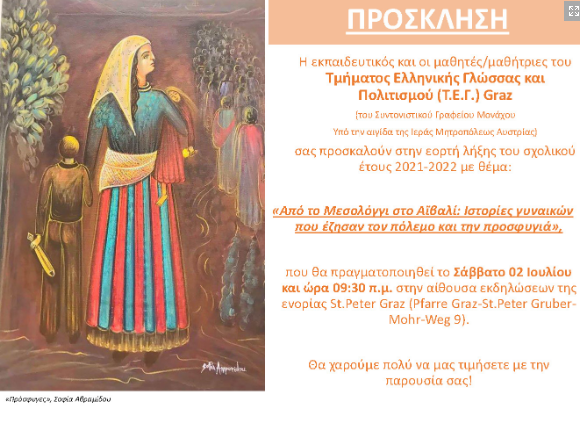 Tags: Metropolis of Austria and Exarchate of HungaryMetropolitan Arsenios of Austria