Feast at the Holy Patriarchal Monastery of St. George in Old Cairo

With great splendor and ecclesiastical order, the memory of Saint George the Trophy Bearer was celebrated in His Holy Patriarchal Monastery in Old Cairo on Thursday afternoon, April 28, 2022.

The Holy Monastery opened its gates and welcomed the faithful pilgrims who flocked early to experience the Holy Methexis and to receive the blessing of Pope and Patriarch Theodore II of Alexandria and All Africa.

The Greek Scouts present, set the joyful festive tone with the sounds of their band, accompanying the Patriarch, who distributed greetings and blessings to all, from the Throne Room to the Monastery’s Central Church.

In his pastoral address, the Patriarch being moved noted that “After two years with Covid-19, St. George expected to see his Monastery full of His children” and went on to say that “St. George is the first of the Great Martyrs who by his martyrdom conquered death and received the crown of glory. My children, for centuries now His Holy Icon has been enthroned in this Monastery. A history of Ages before and after Christ is before us in which the Nile River era meets the Blessing of the Great Martyr George”.

The Patriarch in his pastoral discourse spoke about the life and martyrdom of St. George whom he called “liberator of the captives, physician of the sick and defender of the poor”. He illuminated with his eloquent discourse the steps of the life of the Saint and gave everyone a tangible example of life in Christ.

After the end of the Divine Liturgy, the Patriarch, accompanied by the joyful sounds of the band of the Egyptian Scouts, led the faithful in front of the completely renovated guesthouse of the Patriarchal Monastery, which he inaugurated by performing Holy Water. Another work of inspiration was done with the Patriarch’s blessing and encouragement and the tireless effort and perseverance of the Abbot of the Monastery, Archimandrite Damaskinos. 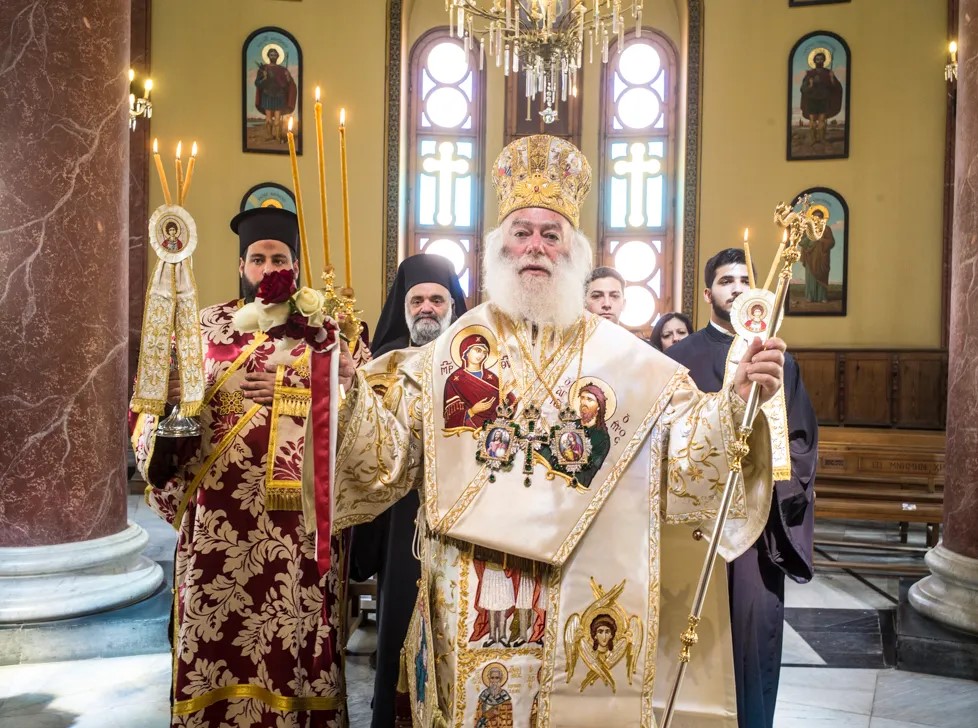 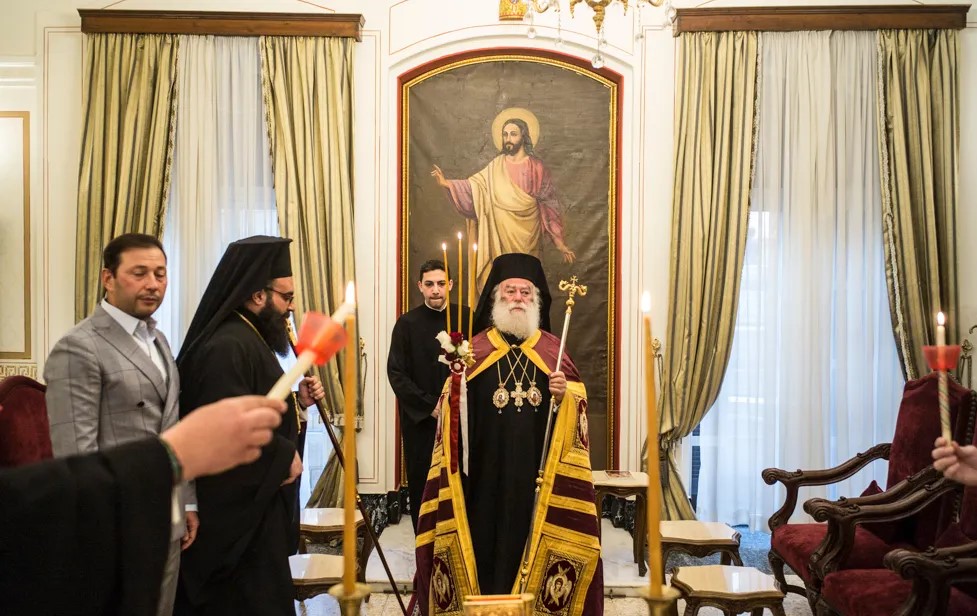 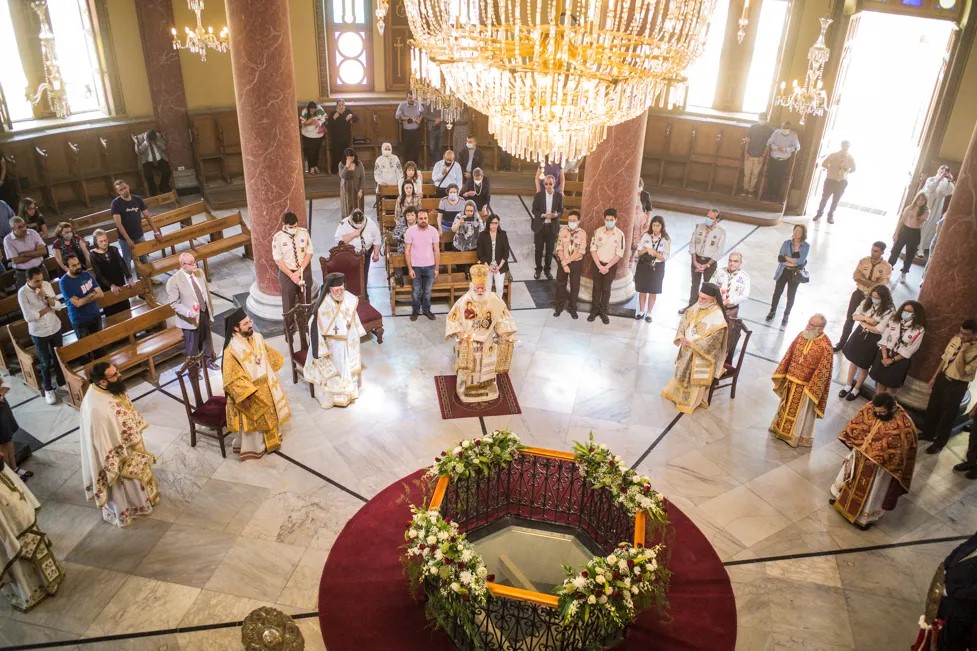 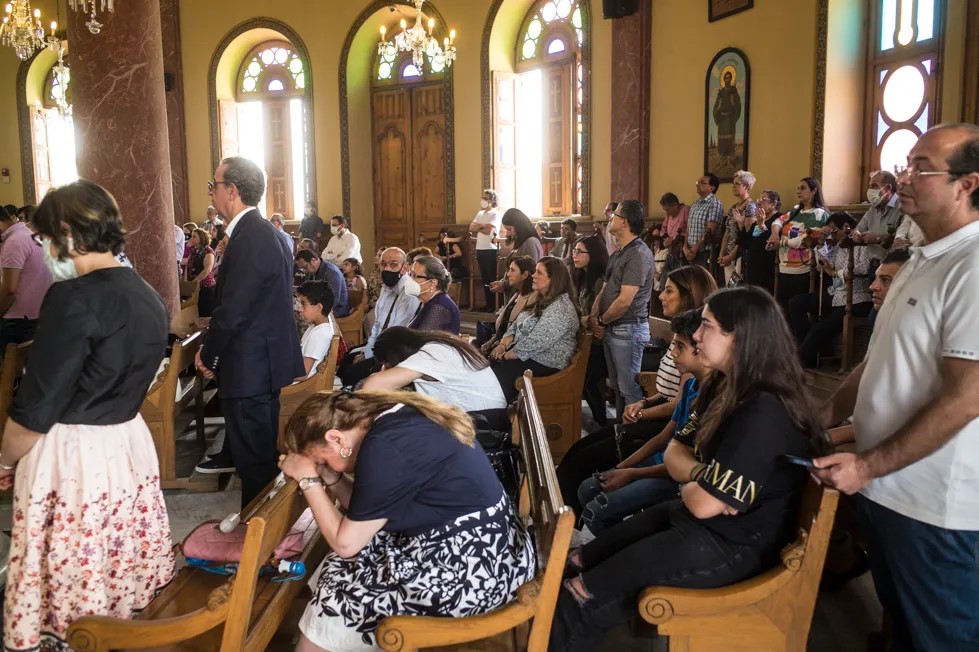 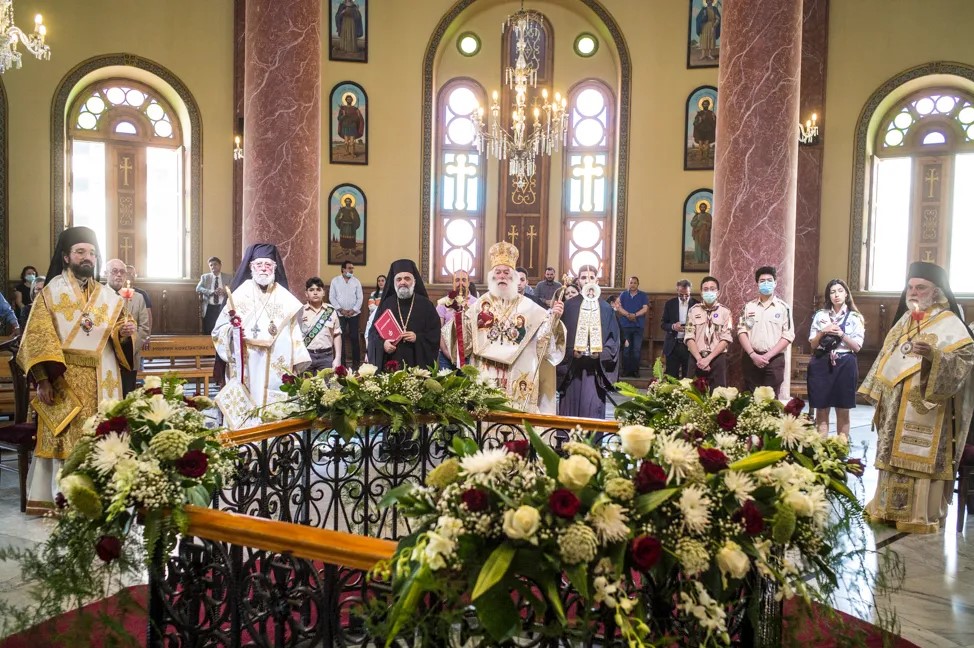 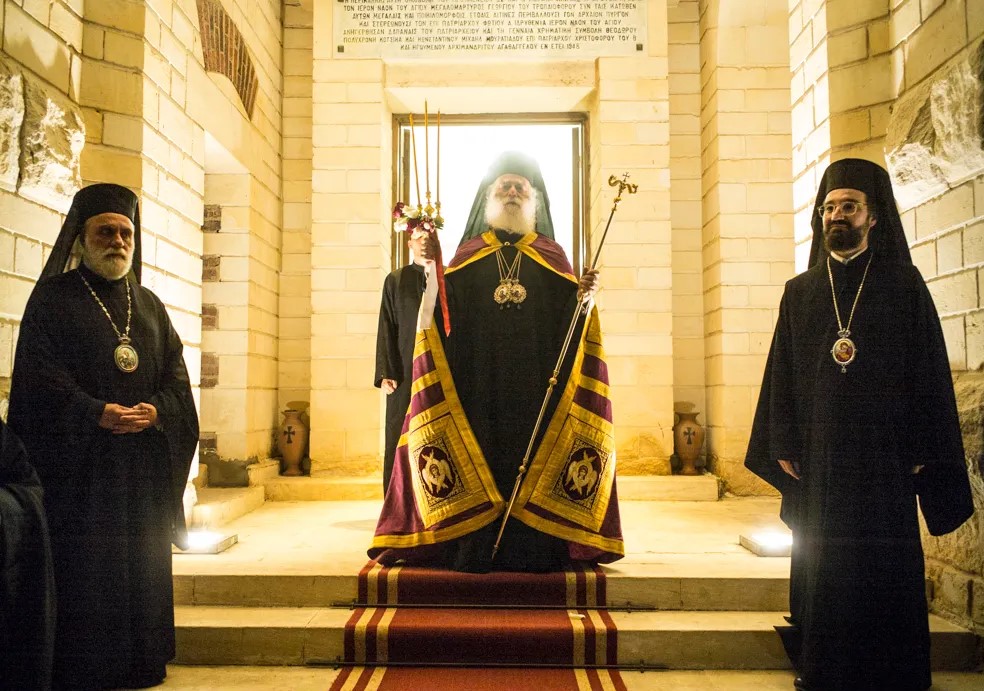 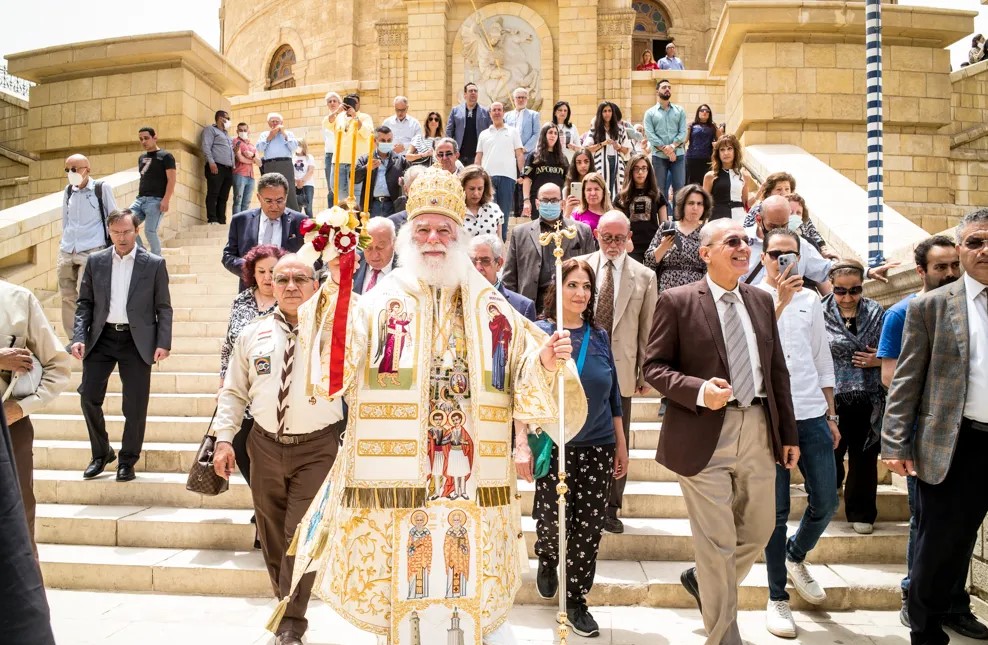 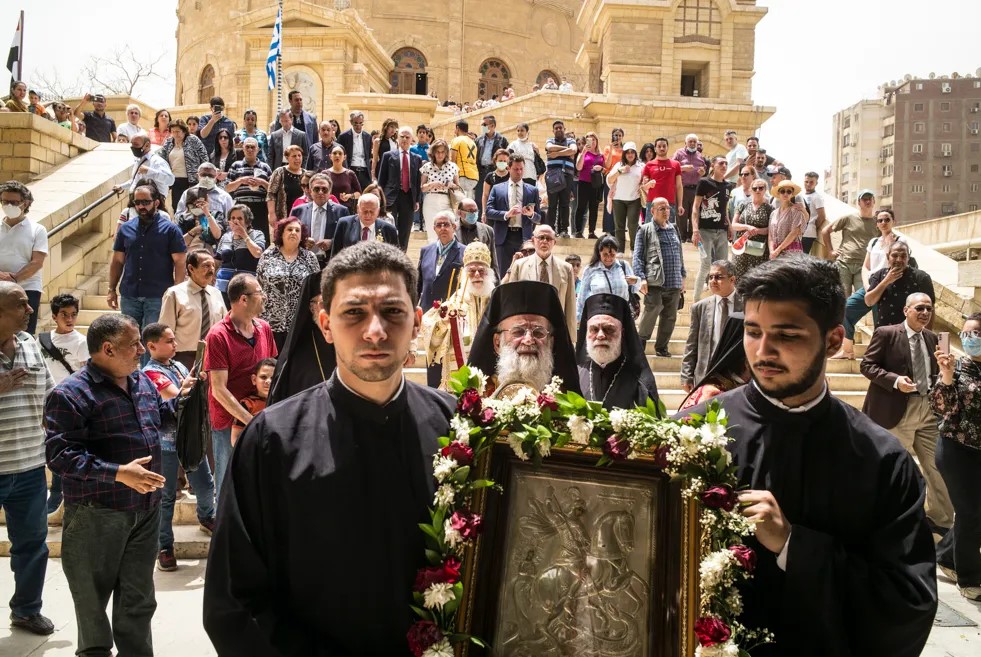 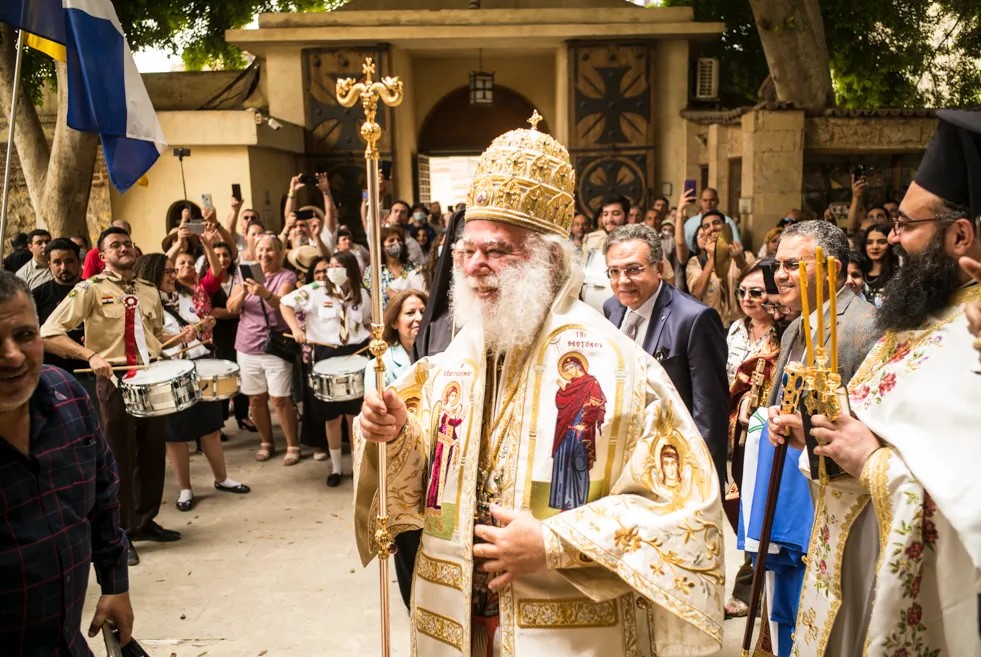 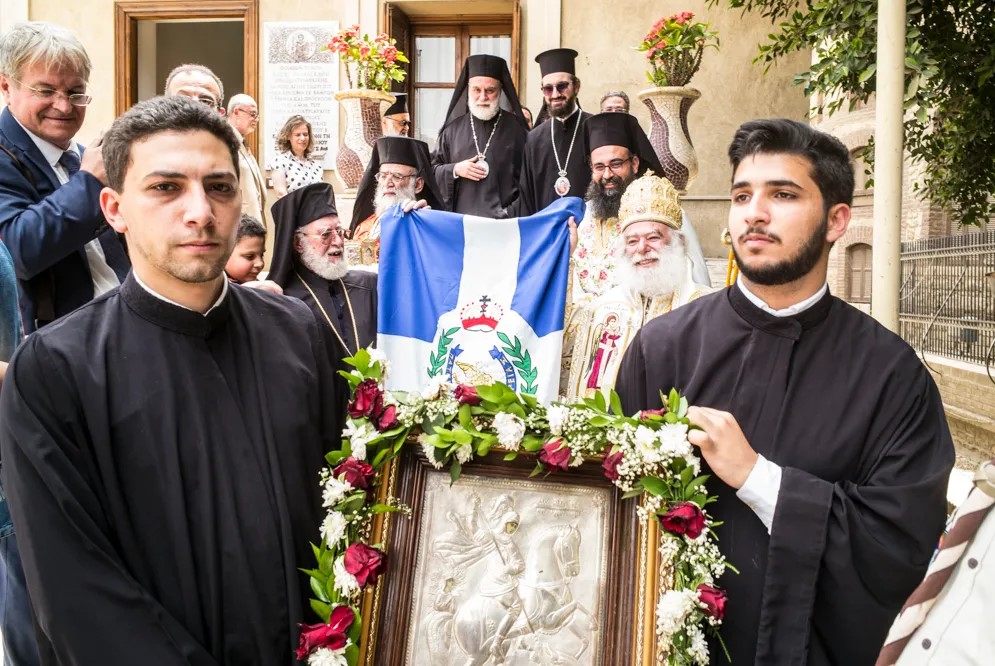 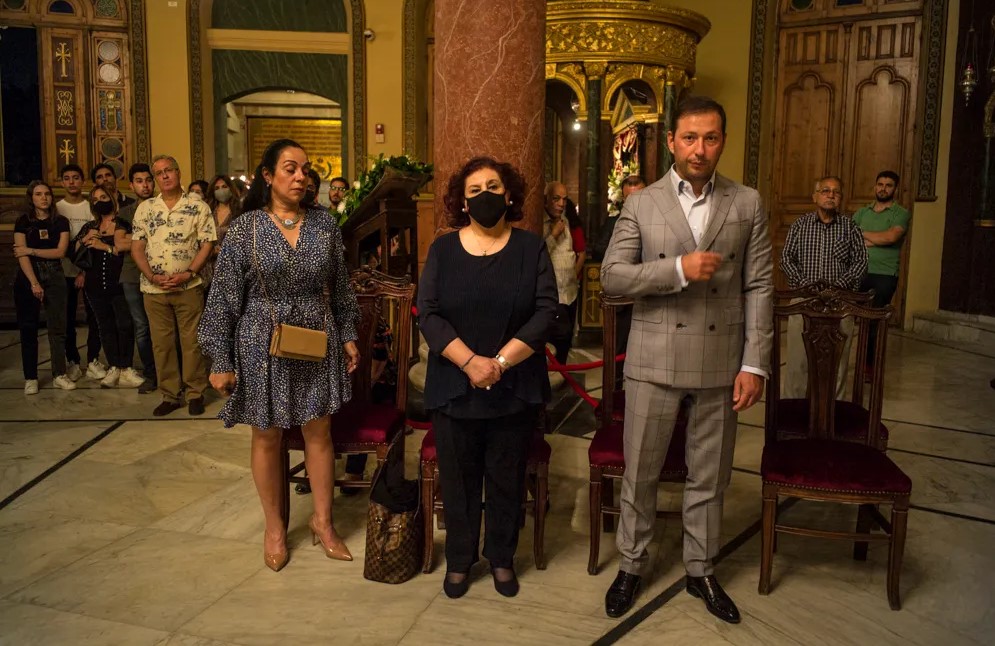 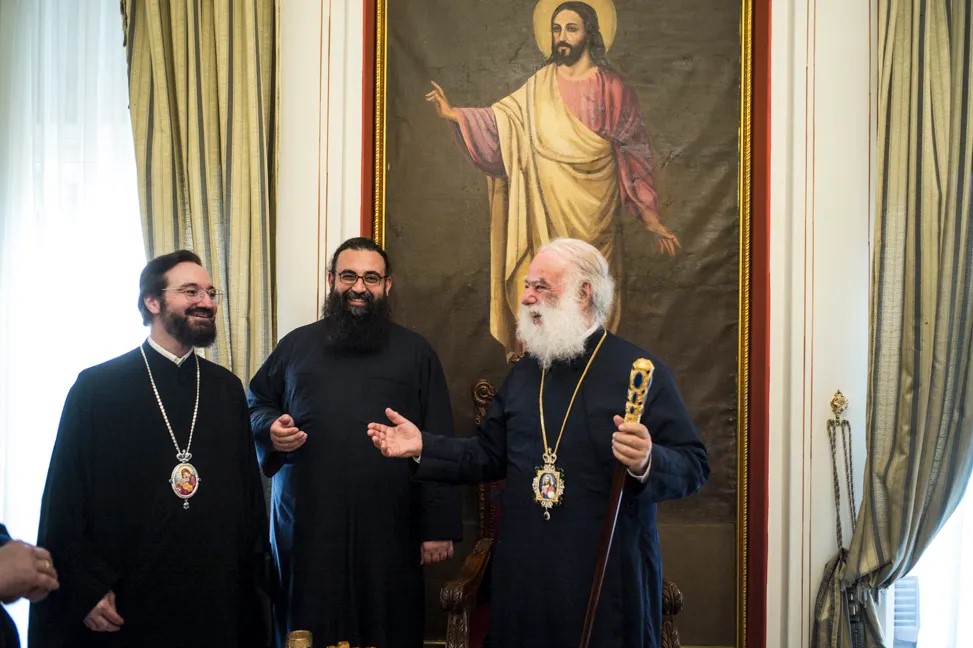