Elder Metropolitan Emmanuel of Chalcedon presided over the Divine Liturgy in the church of St. Fotini in Karlsruhe (PHOTOS)

A Pan-Orthodox Divine Liturgy was celebrated on Sunday morning, September 4, at the Holy Church of Saint Photini in Karlsruhe.

Elder Metropolitan Emmanuel of Chalcedon presided over the Liturgy. The service was also co-officiated by local priests and members of the delegations of the Orthodox Churches in Karlsruhe for the 11th Assembly of the World Council of Churches.

Present were the Metropolitans Gabriel of Nea Ionia, Job of Pisidia, Bishop Athenagoras of Nazianzos, Metropolitan Joseph of Buenos Aires, Metropolitan Nikolaos of Apollonia and Fieri, Bishop Andrei, head of the Orthodox Church in America Delegation, Metropolitan Seraphim of Zimbabwe and many others.

Read the homily of His Eminence Elder Metropolitan Emmanuel of Chalcedon

Perfection unfolds in our imperfection. We have been redeemed by Christ and called to be Christ-like by following Him to the edges of our humanity, in a mystical encounter with the divine. The emptiness of our fragility encounters the fullness of God’s love for us.

Even those who give up everything for Christ have experienced His absence, the ultimate temptation of God’s absence, as the highest form of ascesis and spiritual struggle. Today’s call for perfection forcefully echoes the vocation of the father of monasticism, Saint Anthony the Great. According to his disciple St. Athanasius the Great: “Anthony, as though God had put him in mind of the Saints, and the passage had been read on his account, went out immediately from the church, and gave the possessions of his forefathers to the villagers.”

Christian perfection is to dive into the mystery of Incarnation which is also a revelation of the greatness of humankind to be called to a higher vocation, fulfilling what Saint Seraphim of Sarov described as the “acquisition of the Holy Spirit.”

It is a revelation of the fact that man was created by God in such a way that not only in spirit but also in soul and in body he can be not only spirit-bearing, but God-bearing. He can not only see God face to face, be a friend to God, stand in the deepest possible relation of obedience and communion, but can also, in the daring and inspiring words of Saint Peter, become “a partaker of the divine nature” (2 Peter 1:4) through the power and action of His divine energies.

To fulfill this perfection is to become fire fed by a grace that comes from outside of ourselves, without consuming the creature that has become a true icon of God’s love for the world. The divine Fire comes upon a human being, and it is this human person which is made into a plenitude of Being, without any change in its nature.

We see what divine Love, and, ultimately, what perfect human love must be: a total gift of self, defenseless, totally vulnerable, and calling forth a response. This is essential, because we will be measured in our human dignity, in our human ability to understand God and commune with Him by the way in which we can relate to a vulnerable and defenseless God.

Being gradually perfected, through “prayer and fasting”, the Christian matures spiritually and humanly shaped by the prototype of the perfect human being that is Christ. As man, he is the Perfect Man, crucified by the imperfection of the world which He willingly bore in the form of his flesh.

Thus, he finds himself in history with a dual solidarity. He is totally, unreservedly, and ultimately one with God. But at the same time, he is as ultimately and as absolutely, by choice and by the desire of love, at one with the fallen world.

As we come together for the Divine Eucharist on this Sunday during the 11th Assembly of the World Council of Churches, our hearts are broken that all Christians cannot celebrate around the same altar and share the same Body and Blood of Christ given to us for the remission of our sins and as a sign and beacon of hope and unity. In this spirit, we also lift up our prayers for peace in Ukraine and all suffering nations and peoples.

Also, I would like to wholeheartedly thank His Eminence Metropolitan Augustinos of Germany for hosting us today in this beautiful church. I want to express to him my deepest gratitude to His Grace Bishop Bartholomew of Arianzos and all the staff of the Metropolis and the local community for the generosity of their hospitality. My gratitude also goes to Archon Protonotarios Constantinos Vliangoftis for his constant support.

We are being judged by the suffering of our fellow humans, but also by the example of the Son of God that suffered on the Cross for love… It is no longer possible to be unaware of the urgency of unity, not to be thinking and acting towards this goal, as a local Church, as a Church leader, as a Christian scholar conscious of their responsibility as a teacher… Unity will be a miracle, but this miracle will occur in time.” (Dialogues with Patriarch Athenagoras, p.170) 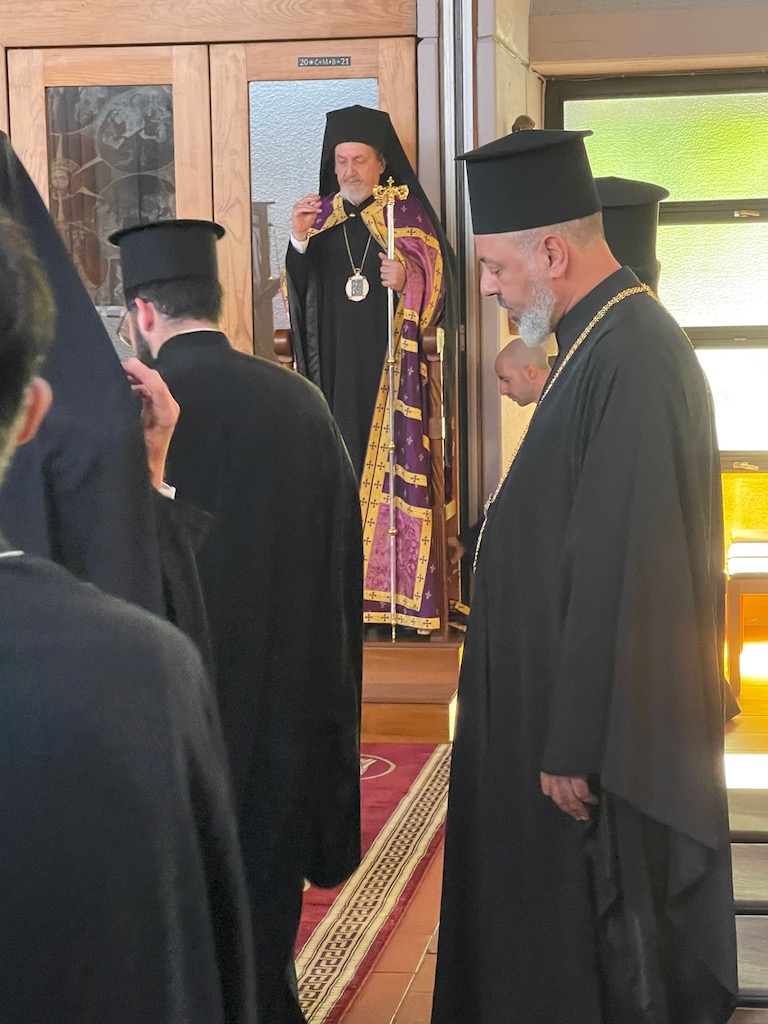 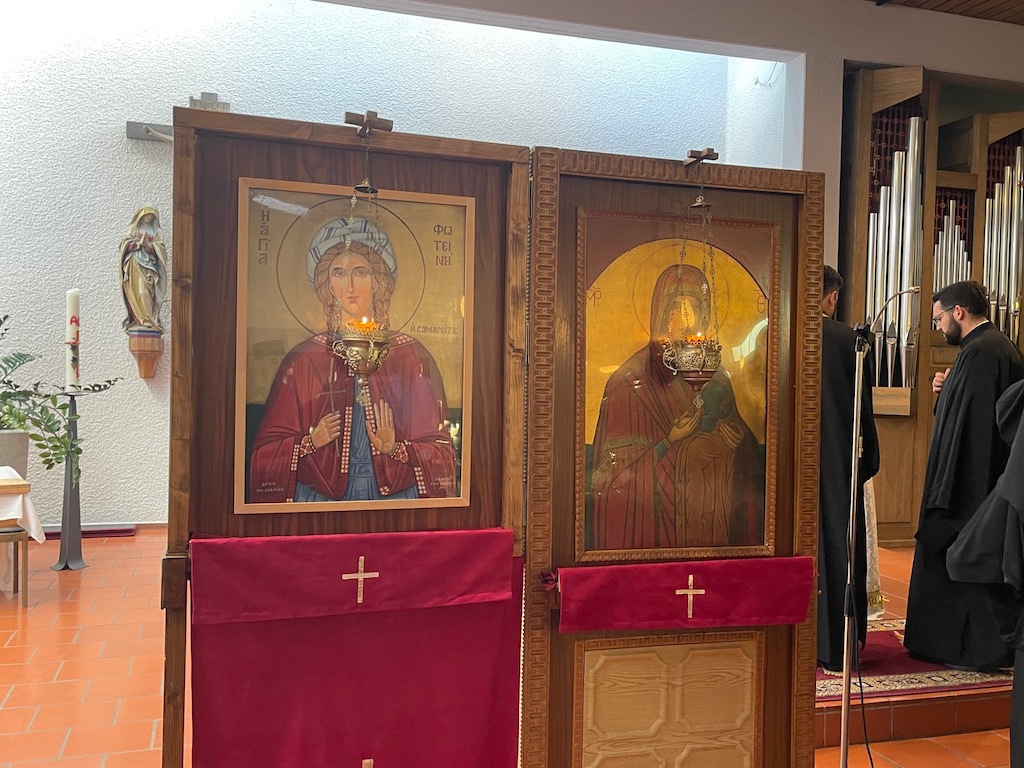 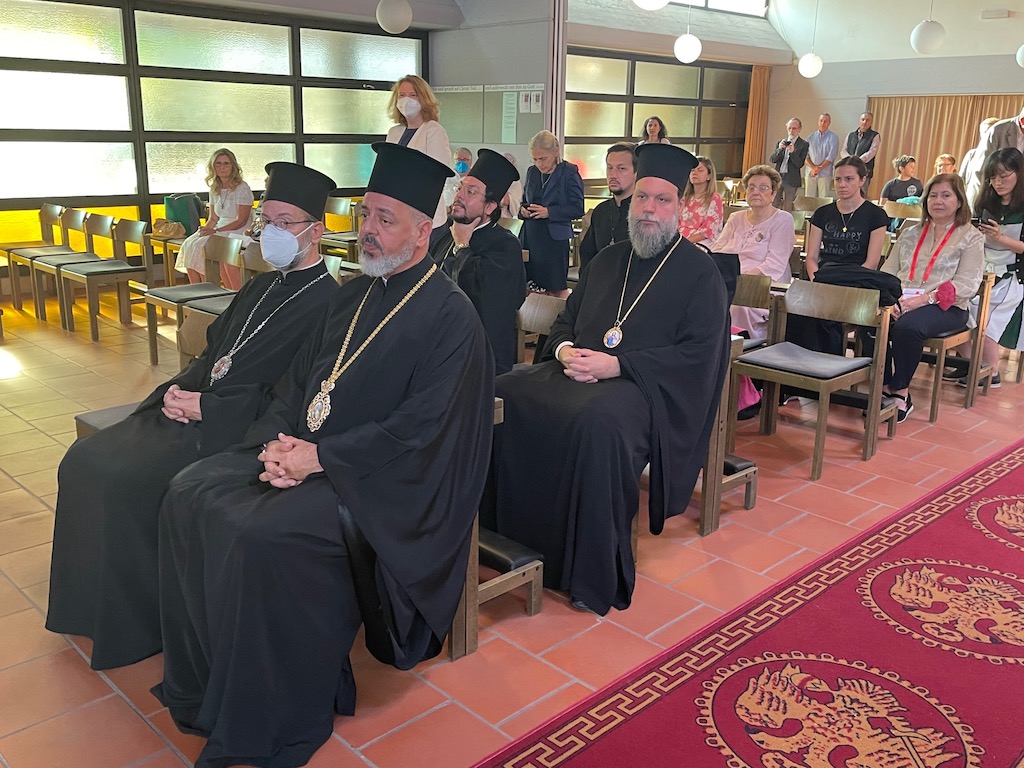 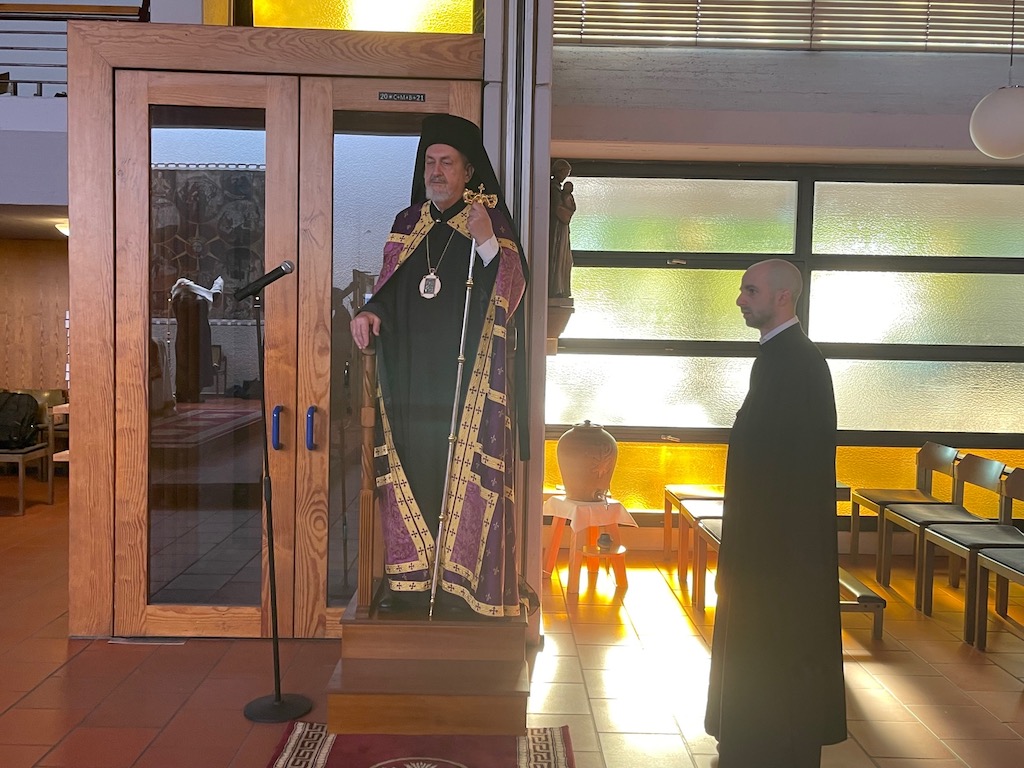 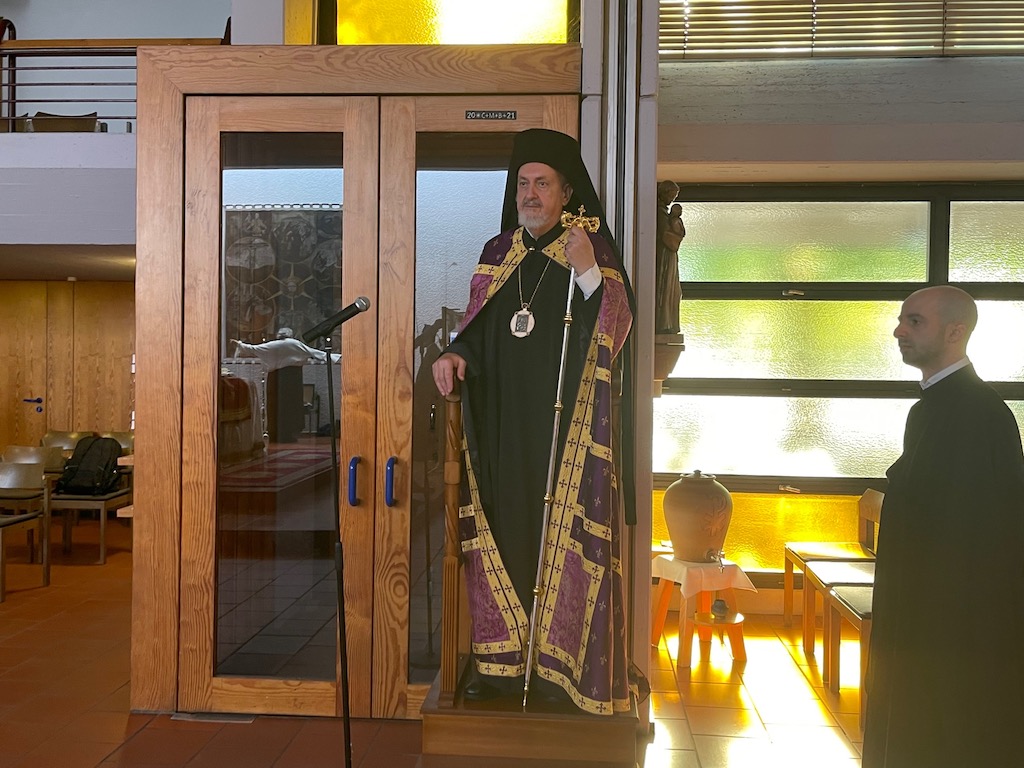 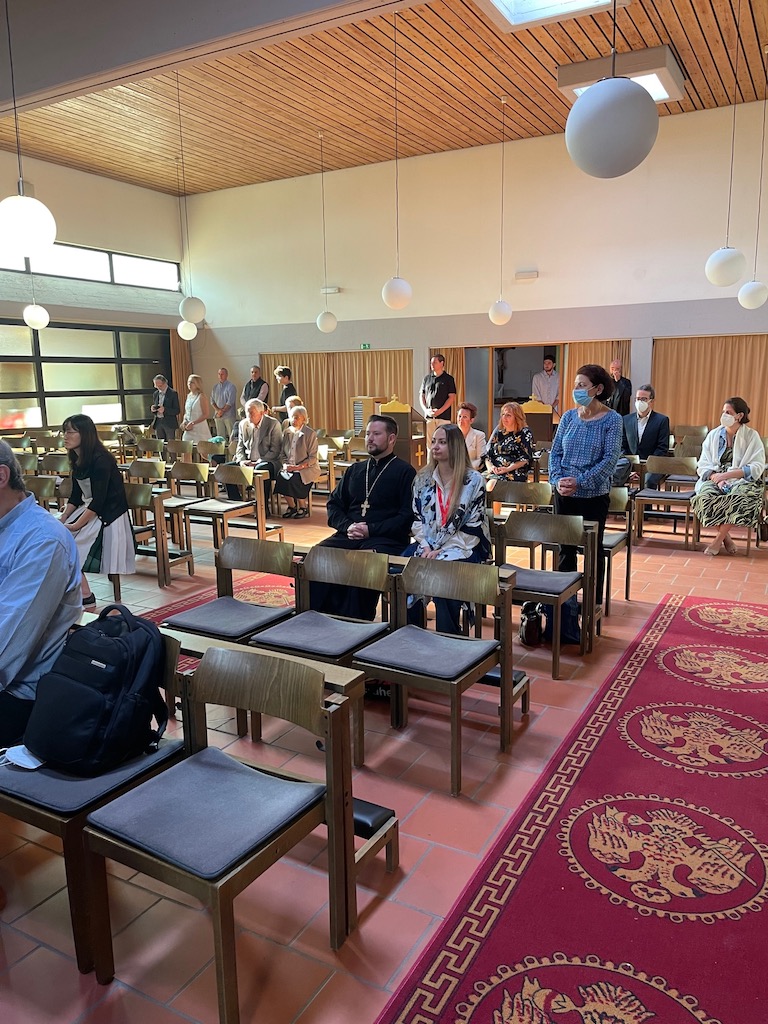 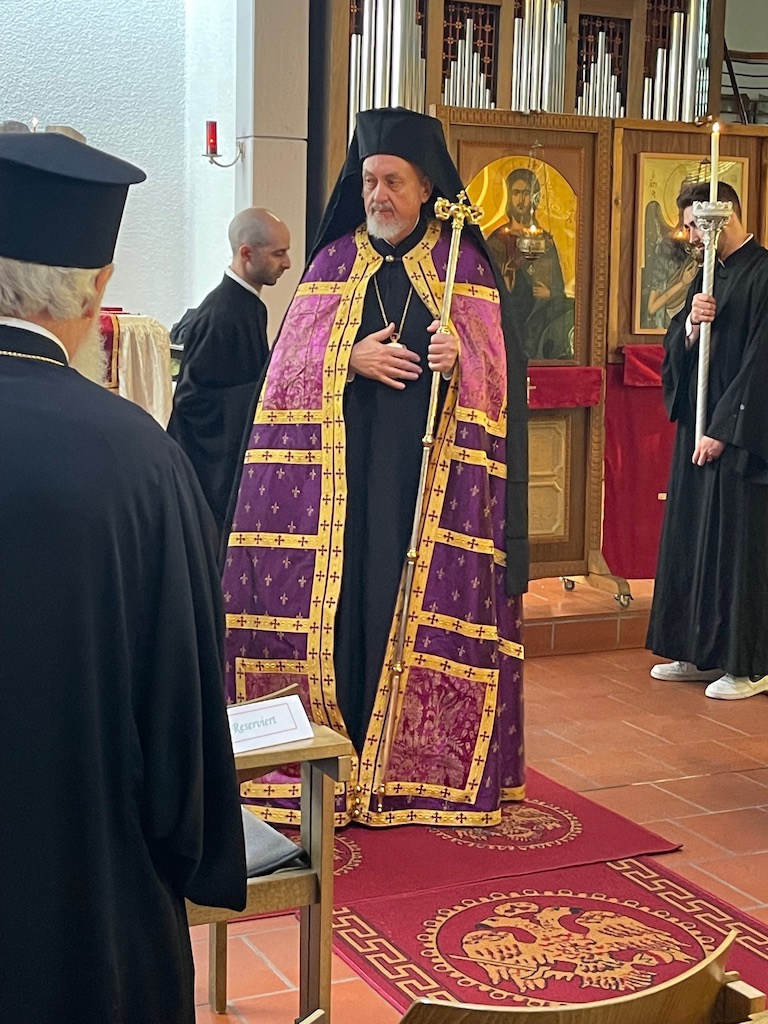 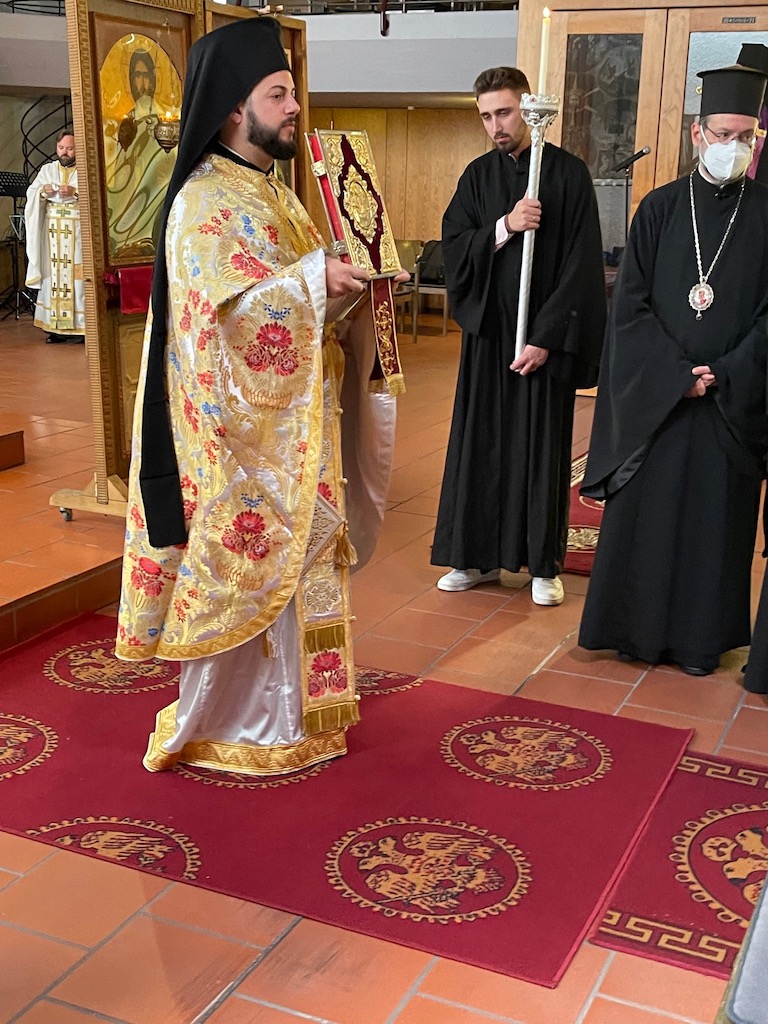 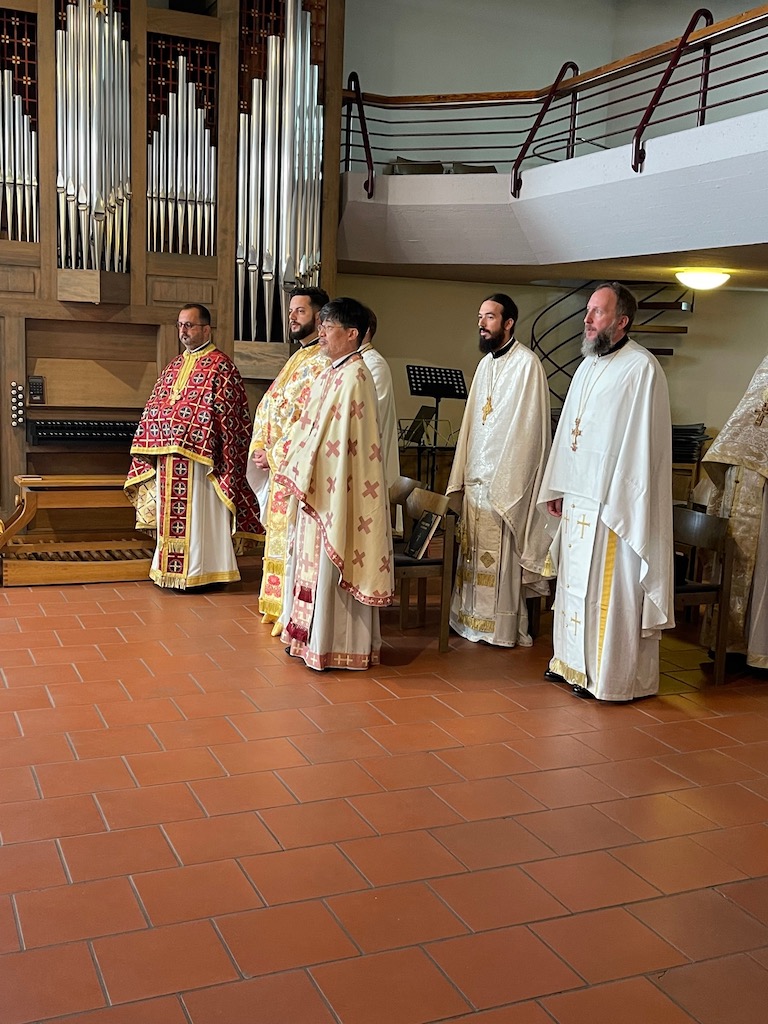 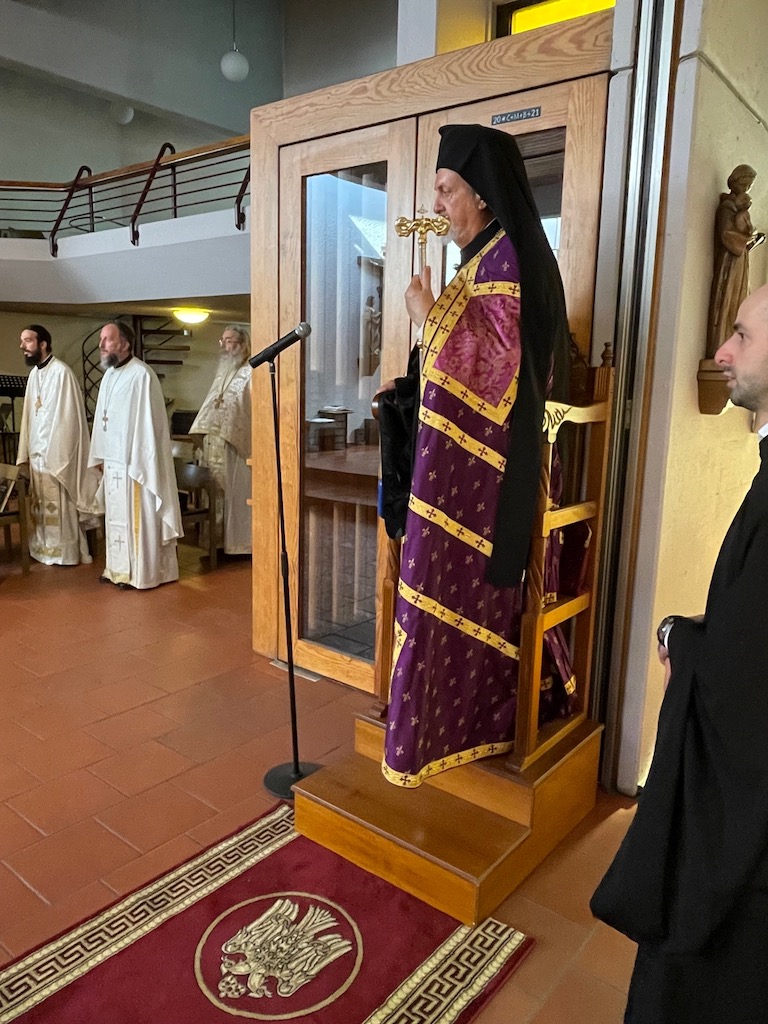 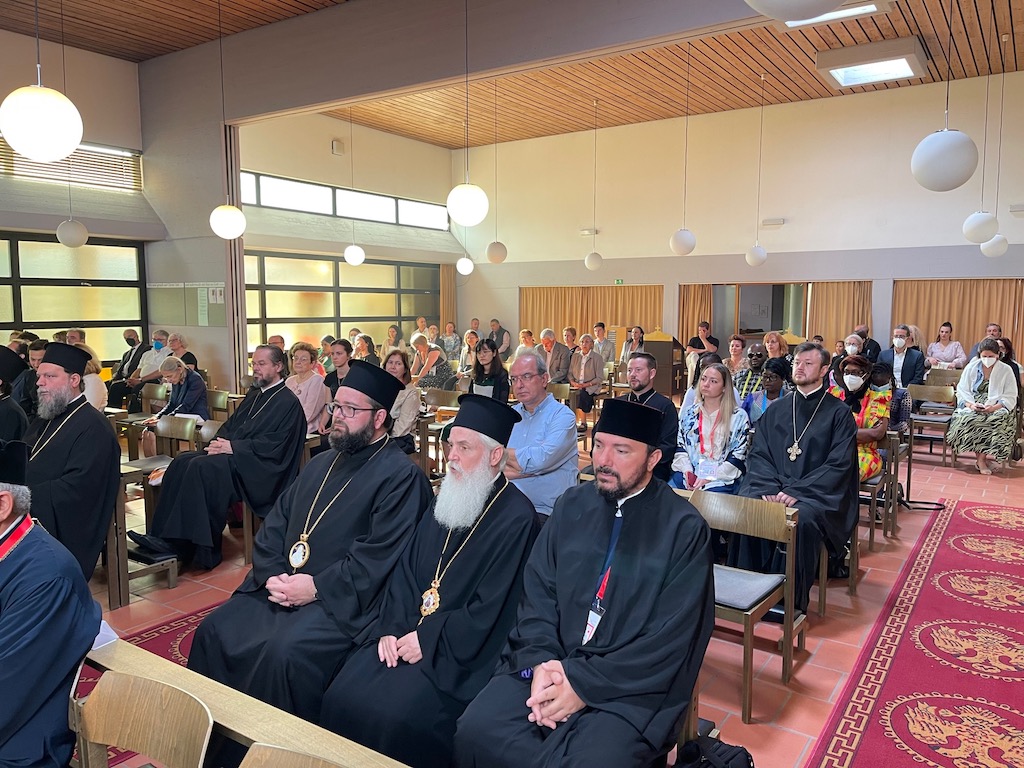 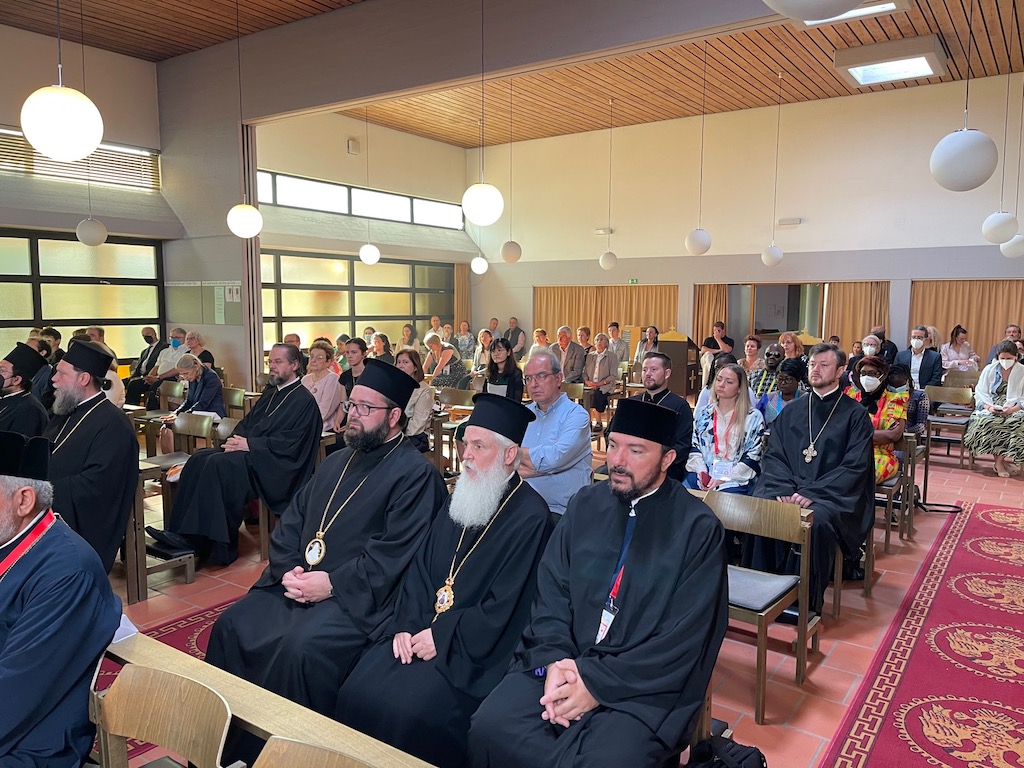 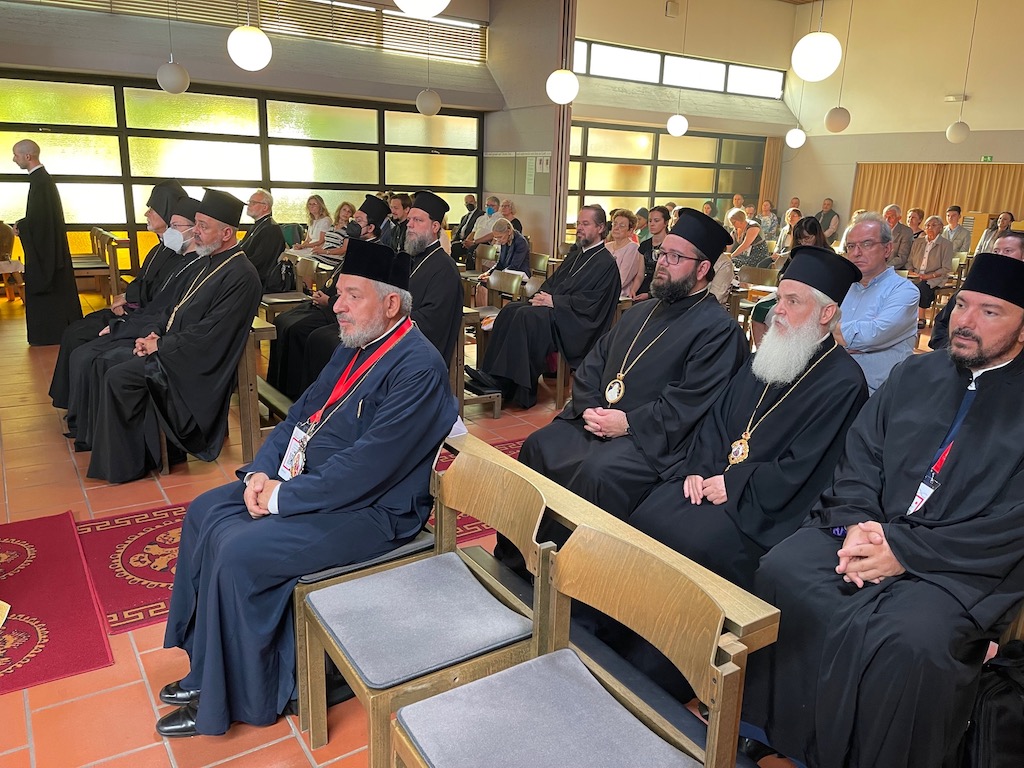 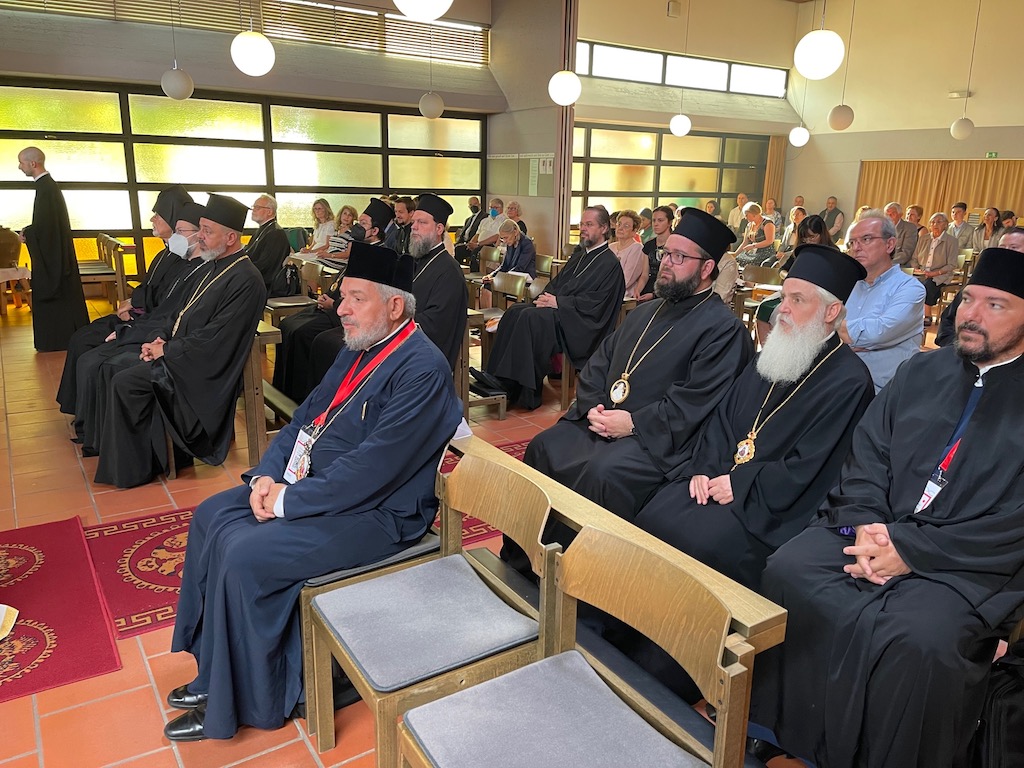 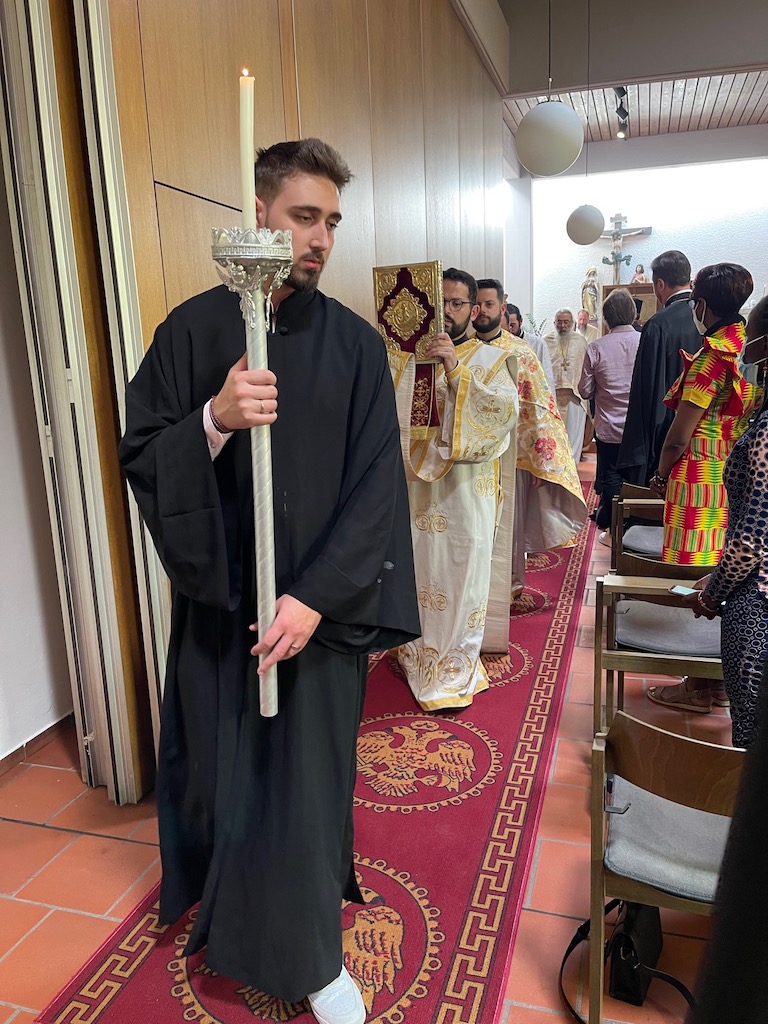 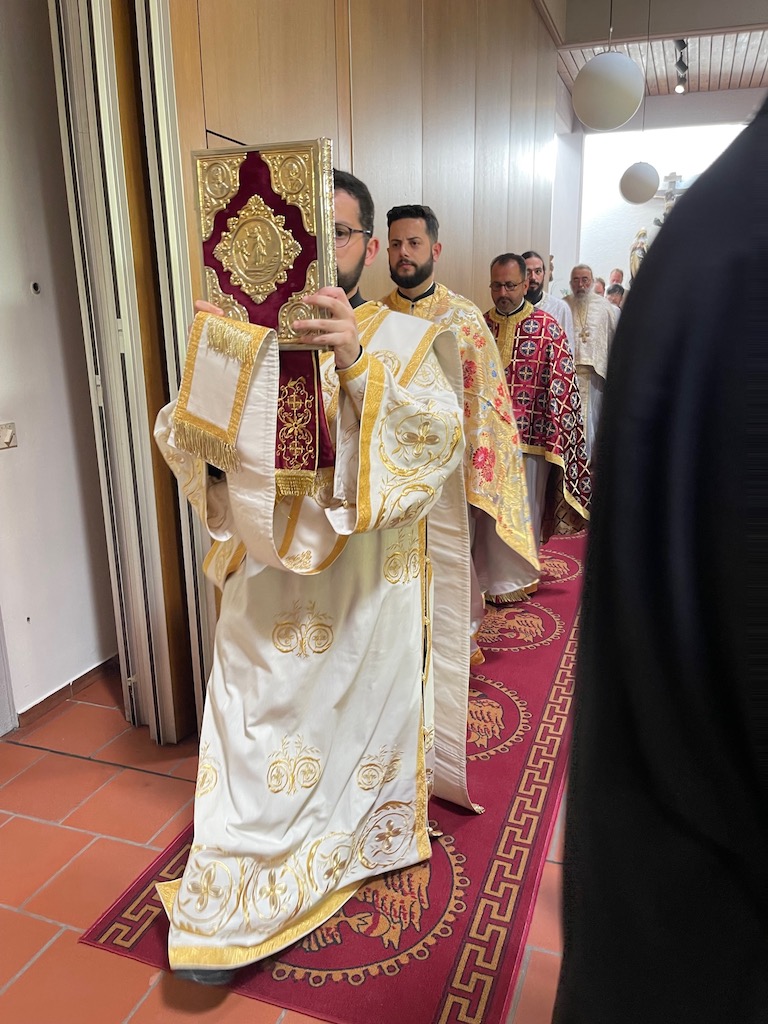 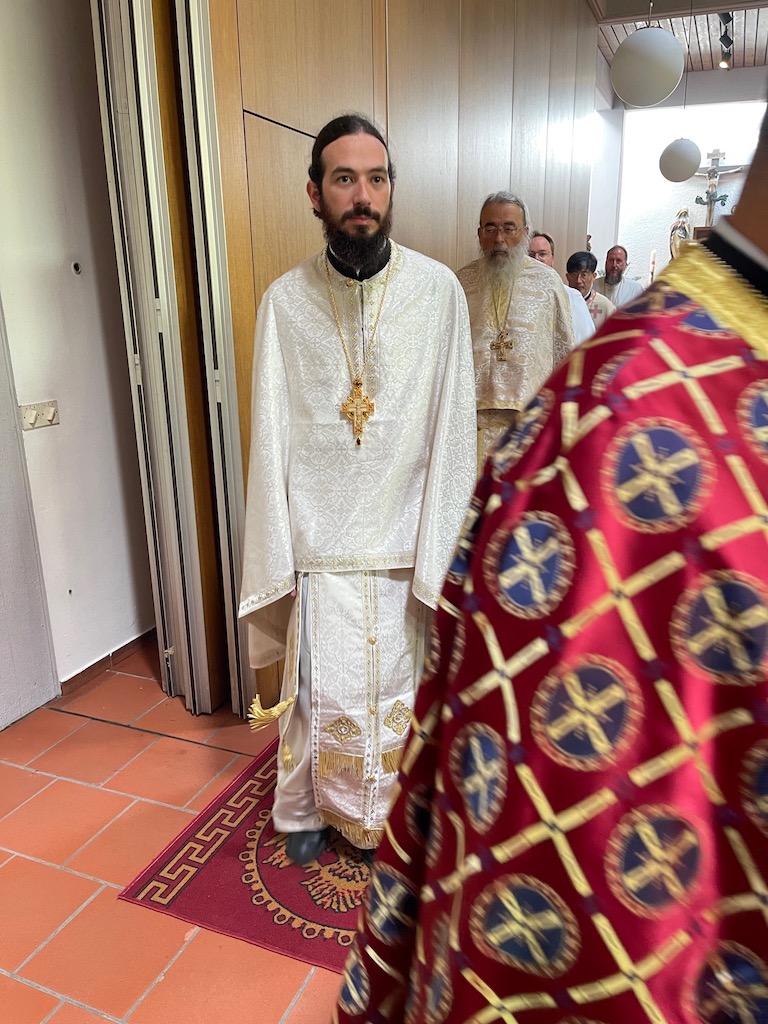 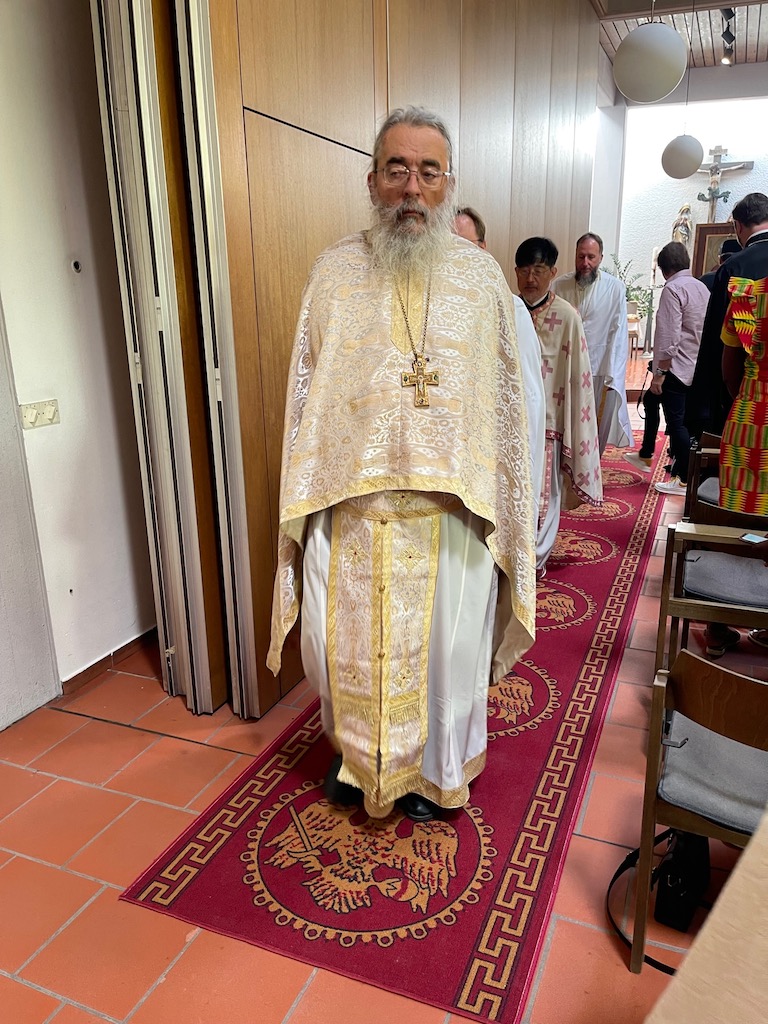 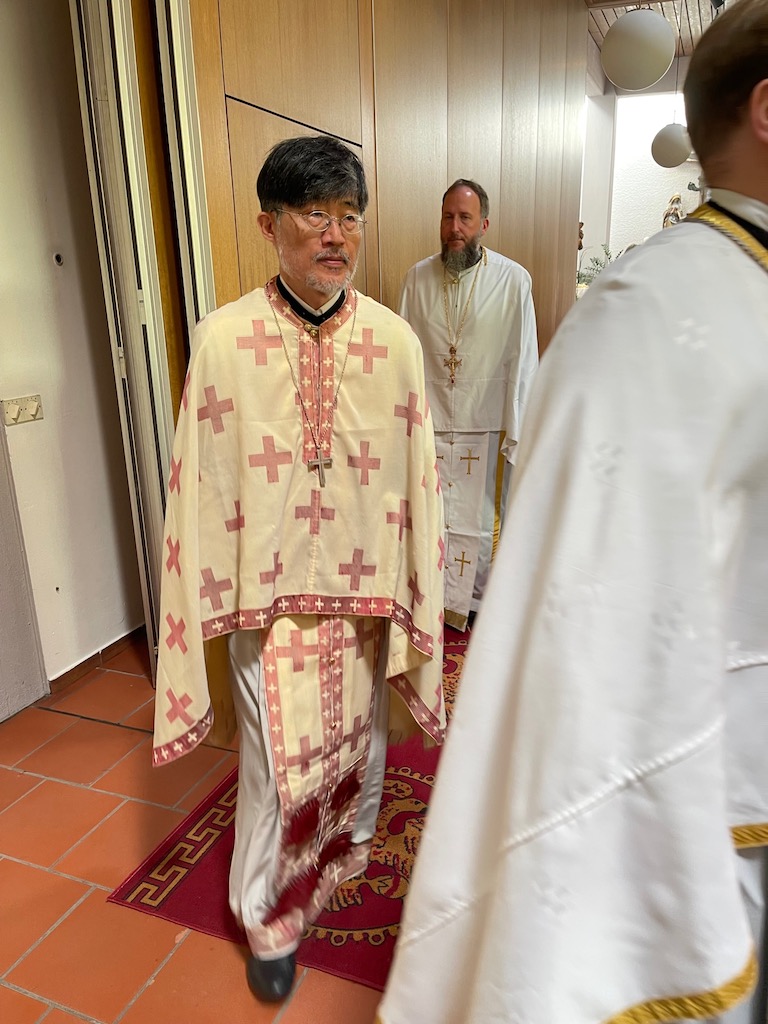 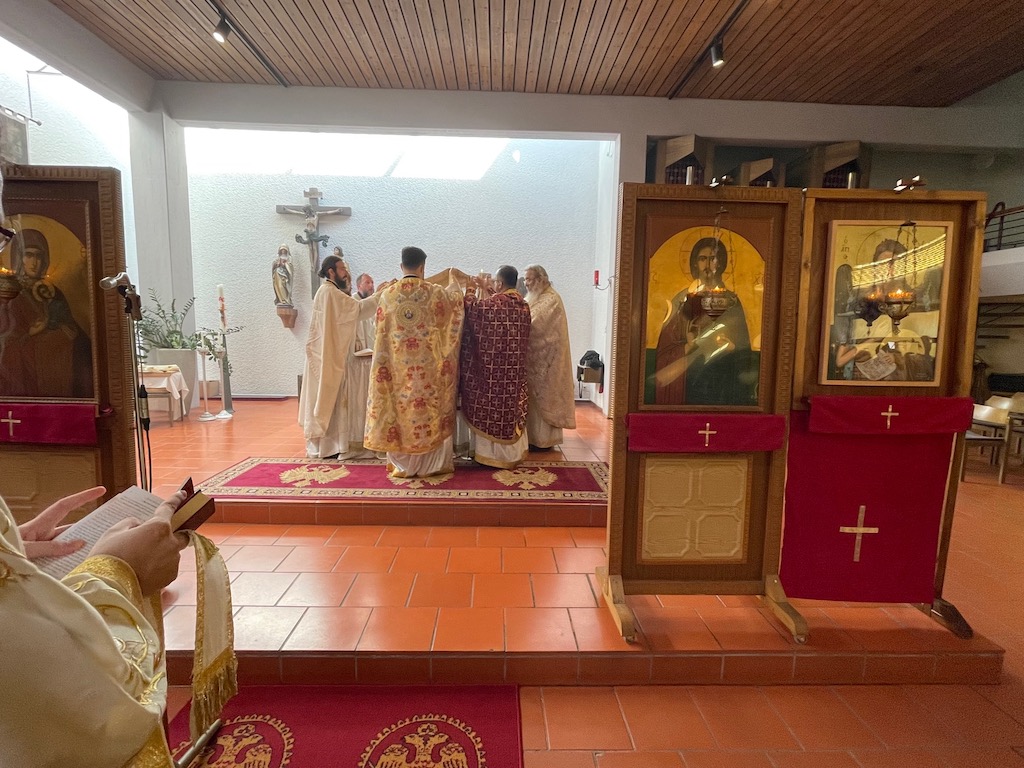 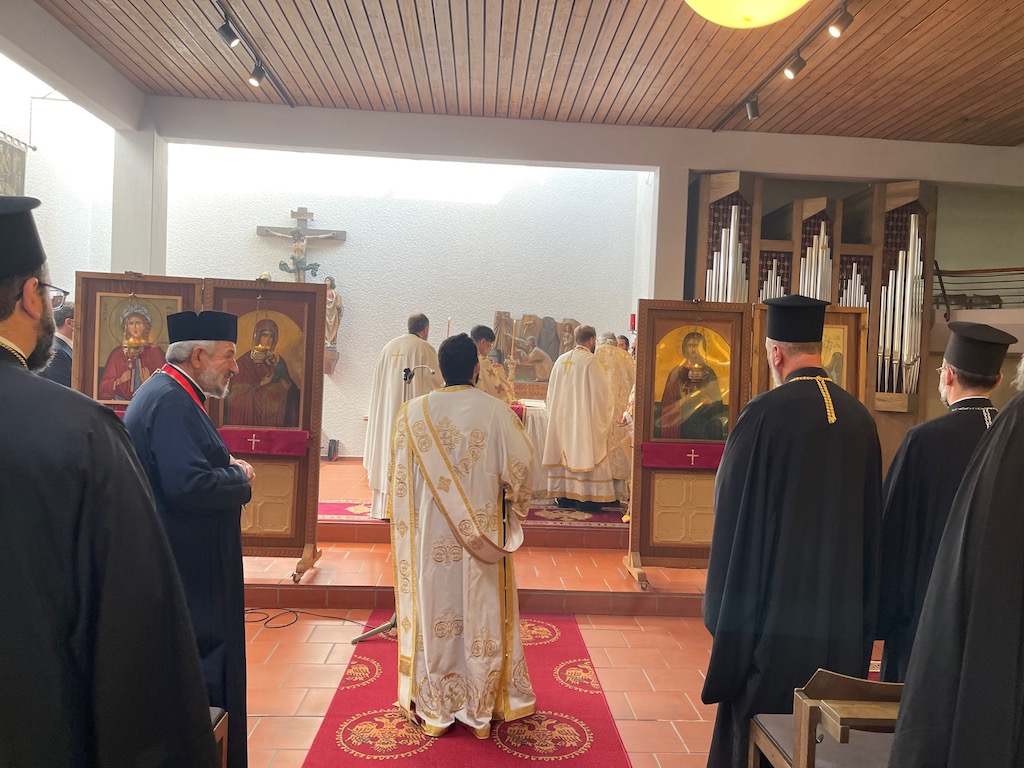 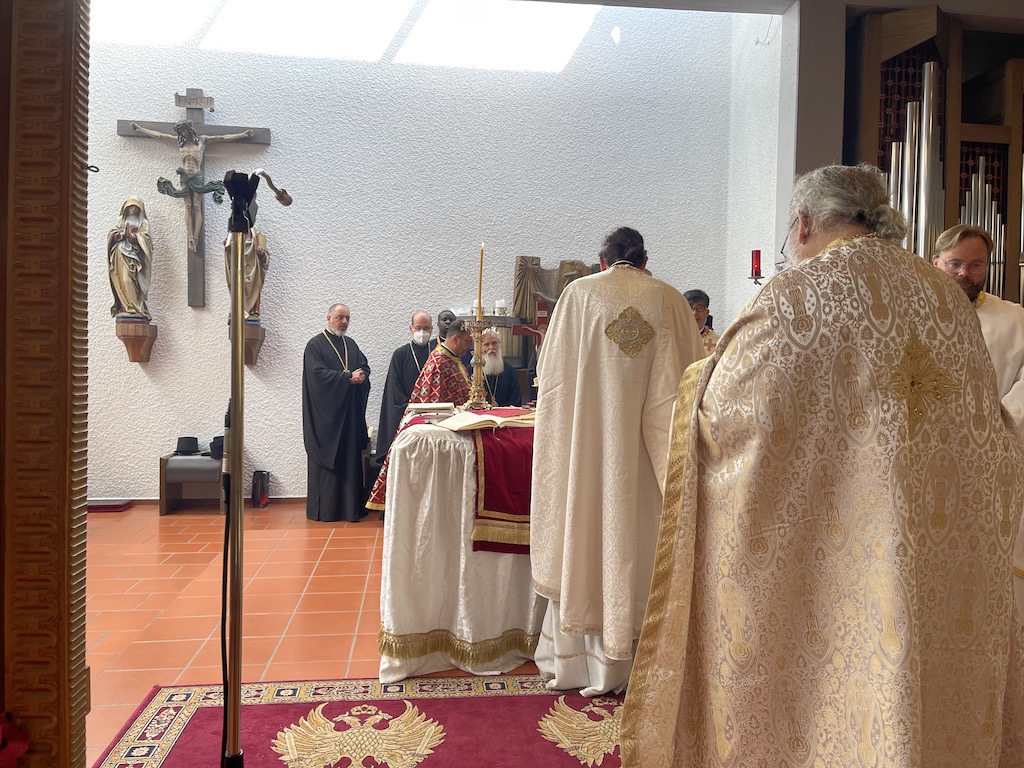 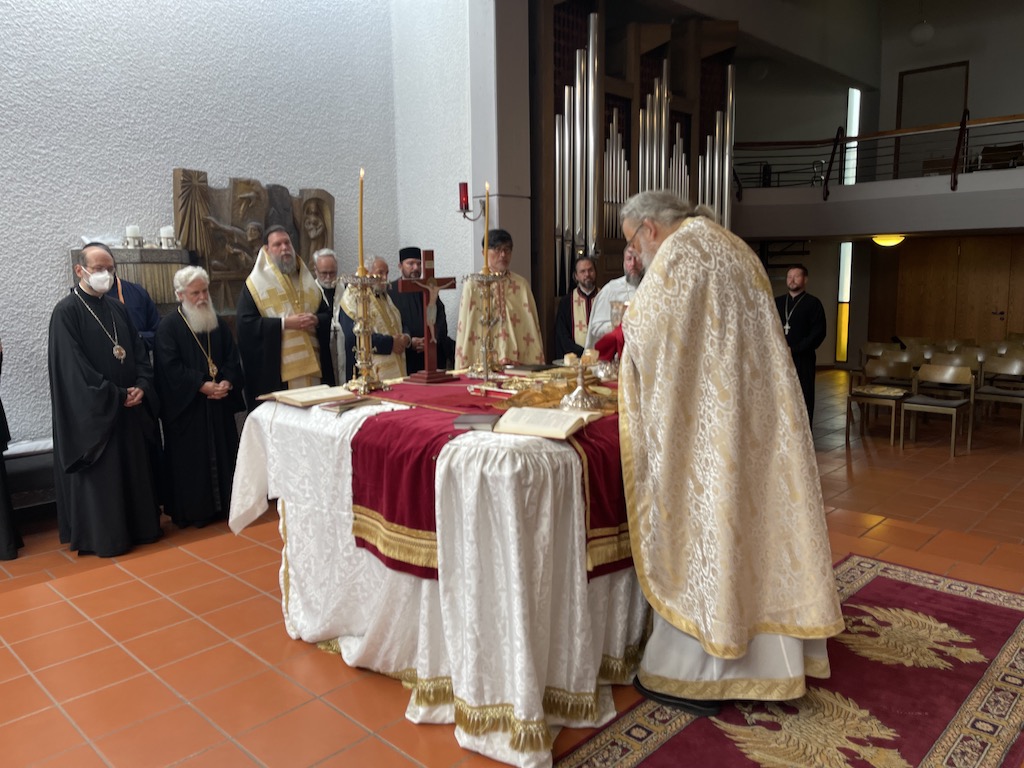 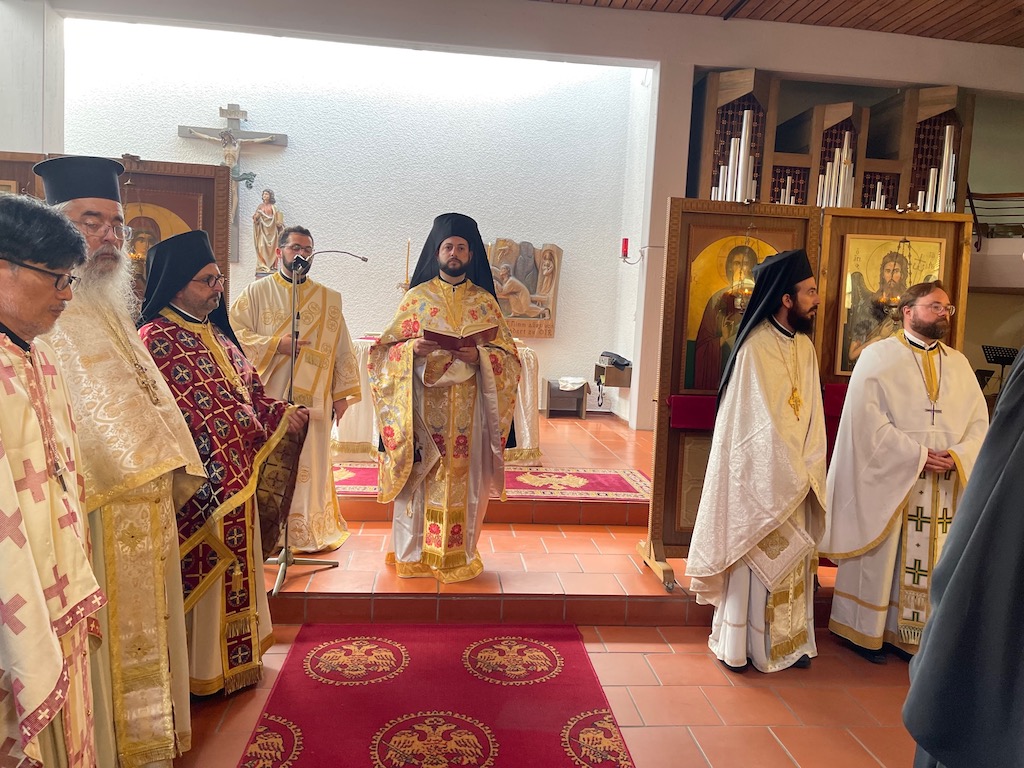 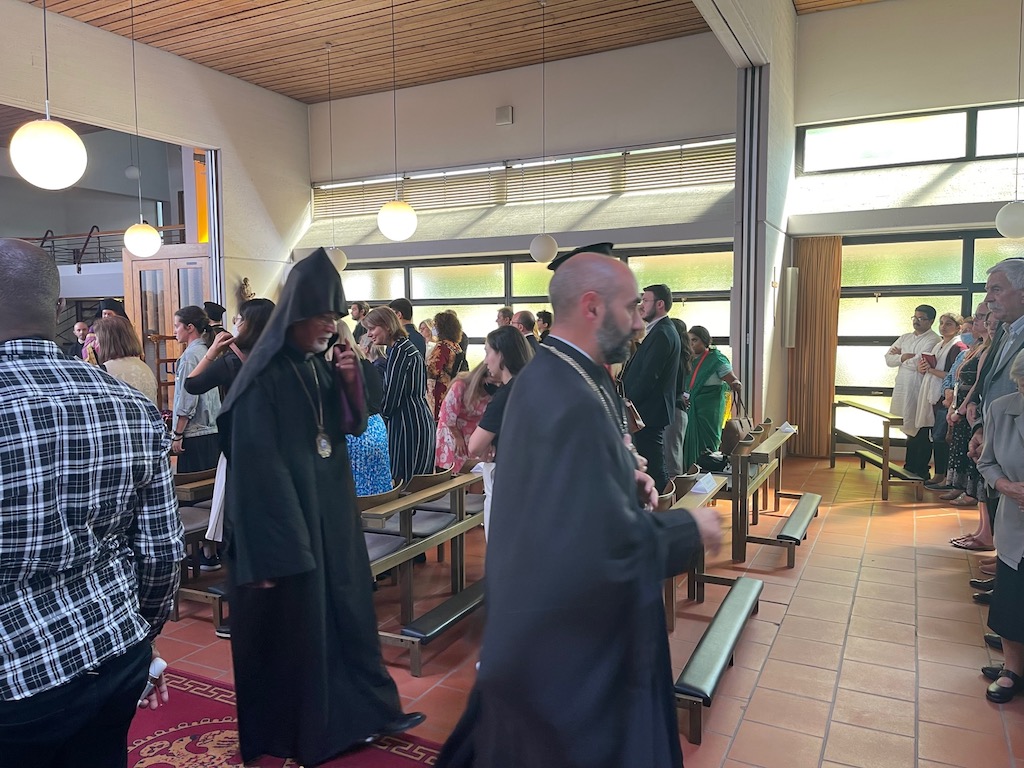 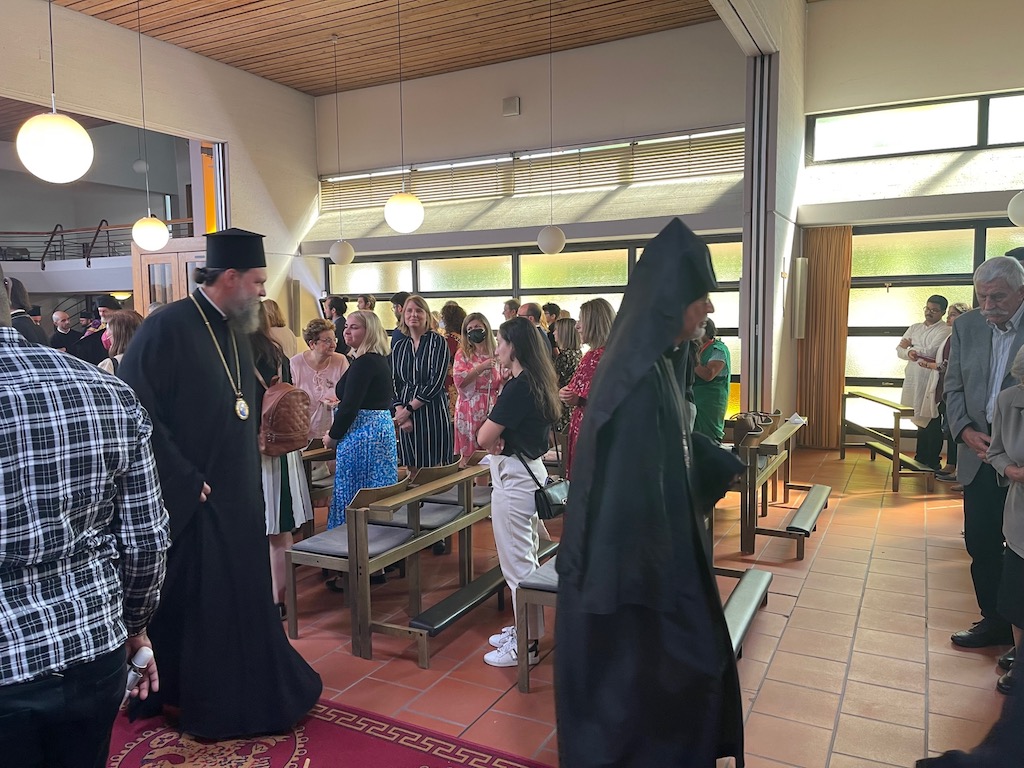 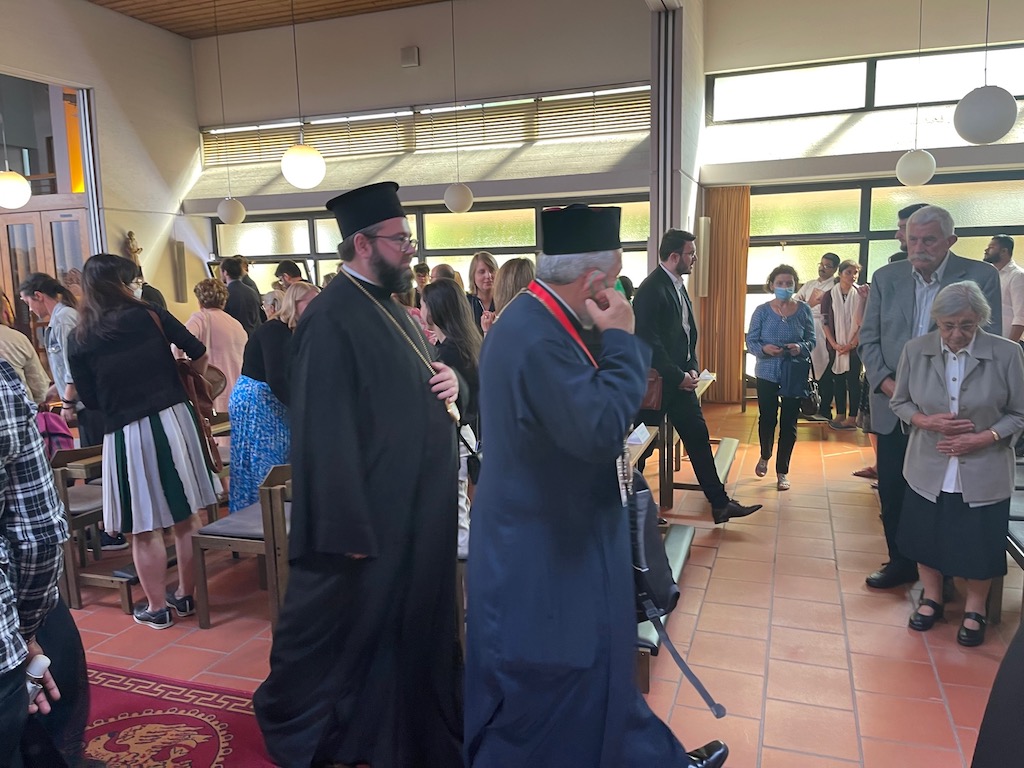 Co-liturgy by the Ecumenical Patriarch, the Archbishop of Athens and the Metropolitan of Kyiv (VIDEO+PHOTOS)