Visiting Ecumenical Patriarch Bartholomew was the honoree at an event held at the Athens Concert Hall on Wednesday that included addresses by Greek President Katerina Sakellaropoulou and Prime Minister Kyriakos Mitsotakis.

The event was held by the association ‘Panagia Pammakaristos’, including all official title holders bestowed by the Ecumenical Patriarchate, and was attended by Greek Orthodox Church officials, social agencies, and politicians, among others.

Also addressing the event, which marks the 30th anniversary of the prelate’s enthronement, was the civil governor of Mt. Athos monastic community, Thanassis Martinos, and Metropolitan of Drama Pavlos.

President Sakellaropoulou called the Ecumenical Patriarch “a leader of global stature and a pillar of Hellenism, Orthodoxy, and Christianity.” His long-standing and multifaceted activity has boosted the Ecumenical Patriarchate in key ways, she said while noting “the great distance you covered, difficult and full of obstacles.” The Greek president spoke of his steadfastness and devotion to his work, and described him as “one of those individuals who personify the spiritual and historical continuity of Hellenism’s universality.”

PM Mitsotakis referred to Bartholomew as “a person of international renown, beyond nationalities and religions,” and said he provided a stable point of reference addressing the concerns of people today. The Ecumenical Patriarch’s long path from his enthronement through a tumultuous path, the premier said, turned Bartholomew into a pioneer of interfaith dialogue throughout the world. “And it led you, much sooner than several leaders, to take action for the protection of nature, and, lately, to respond immediately to the need to protect health and life through vaccination against Covid.”

The prime minister also referred to the name “Green Patriarch” by which Bartholomew was known as early as 1996, having spoken against “the crime against the natural world,” and to the international ecological symposium, he organized on a ship traveling the seas, to highlight the need to protect them. Mitsotakis spoke highly of the patriarch’s meetings with Pope Francis, who is expected in Athens early in December, and of his devotion with him in the fight against poverty and inequality, as well as of Bartholomew’s numerous initiatives in his 30-year service as Ecumenical Patriarch.

Psalms by the Athens Association of the Constantinople Friends of Music rounded up the event, which was coordinated by the president of the Journalists’ Union of Athens Daily Newspapers (ESIEA) Maria Antoniadou. 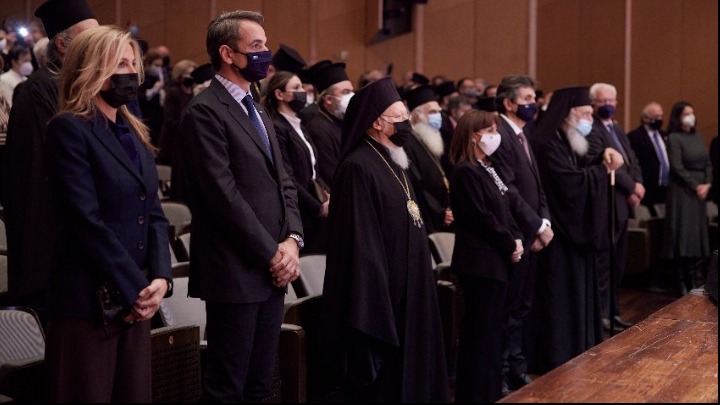 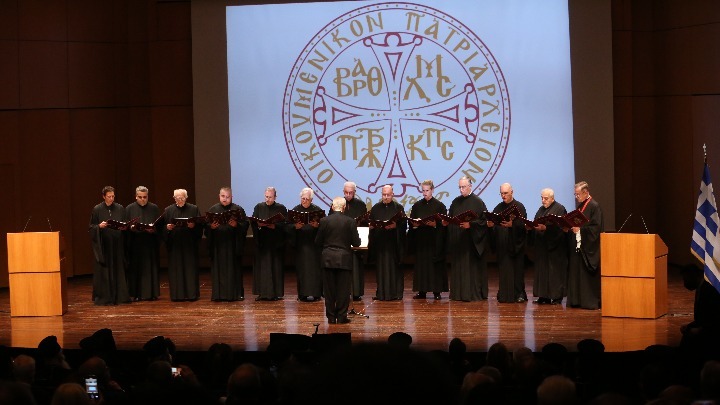