On December 13, 2021, the thirteen Christian Patriarchs and heads of the Churches of Jerusalem issued a joint statement, drawing the attention of government authorities and the general public to the threat of the Christian presence in the Holy Land stemming from the activities of extremist groups.

They pointed out, in particular, the incidents of physical violence and insults against the holy clergy, attacks on Christian Churches, and acts of vandalism of sacred rites, as well as attempts to undermine the integrity and cultural peculiarity of the Christian neighborhood in the Old City, Jerusalem.

Find below the Statement: 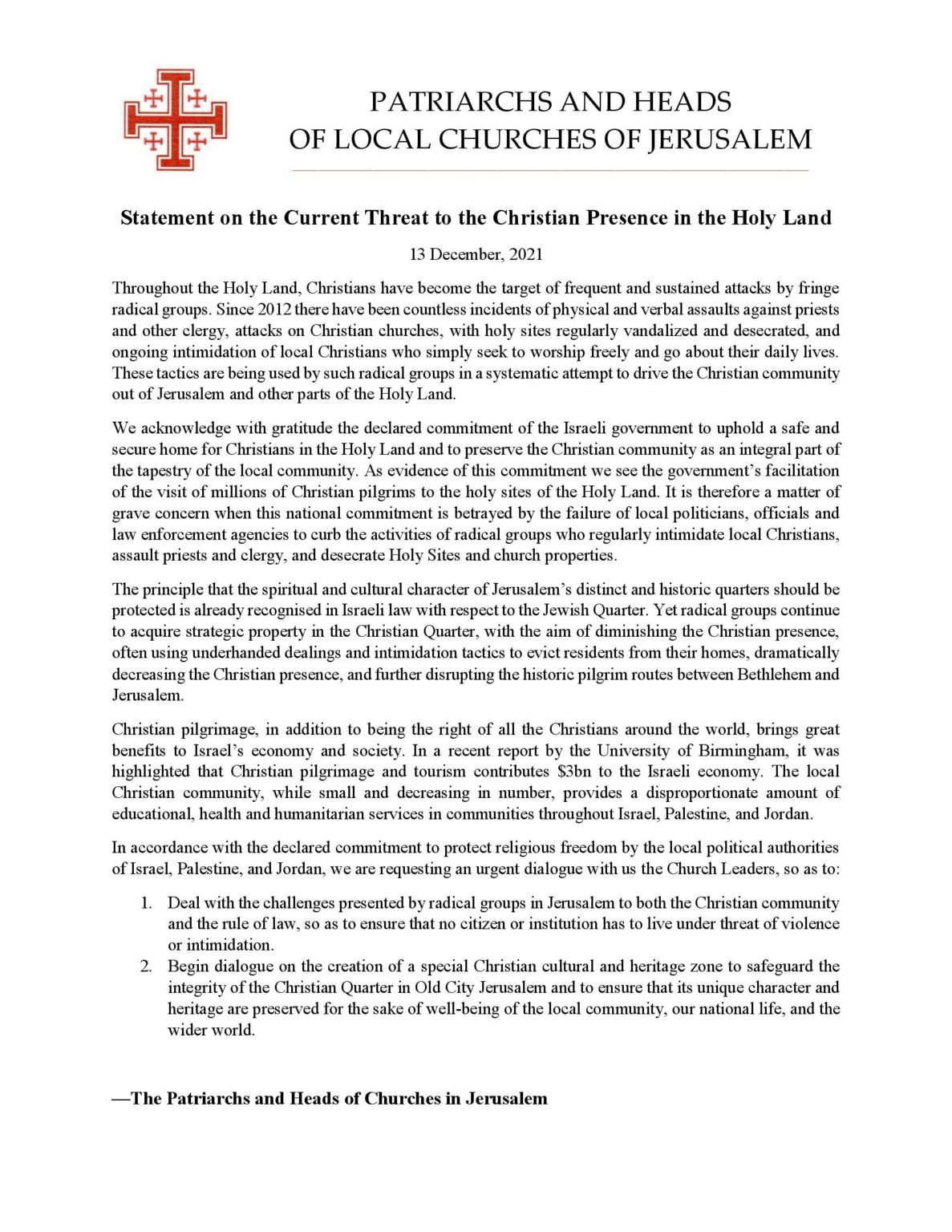