The honorary guest and keynote speaker of this celebration was the President of the Republic of Cyprus, Nikos Anastasiades.

Archbishop Nikitas of Thyateira and Great Britain attended the feast and wished for a free, independent, and united Cyprus.

Speakers were the President of the Republic of Cyprus, the Minister of European Affairs Leo Docherty, and the MP Stephen Doughty.

The President of the Federation, Christos Karaolis, welcomed the President and First Lady of the Republic of Cyprus, Archbishop Nikitas of Thyateira and Great Britain and the distinguished guests of the event.

In his speech, Karaolis referred to “the last 100 years in which Cypriots in the UK have been actively contributing to and shaping the UK’s successful history.”

The President of the Republic of Cyprus Nikos Anastasiades was awarded a commemorative plaque by the President of the Federation Christos Karaolis and the Vice-Presidents Andreas Papaevripides, Michael Ellinas, and Babos Charalambous, for the dedication and support of the struggle of the Cypriot people, as well as for their tireless efforts for justice and a viable solution of the Cyprus problem. 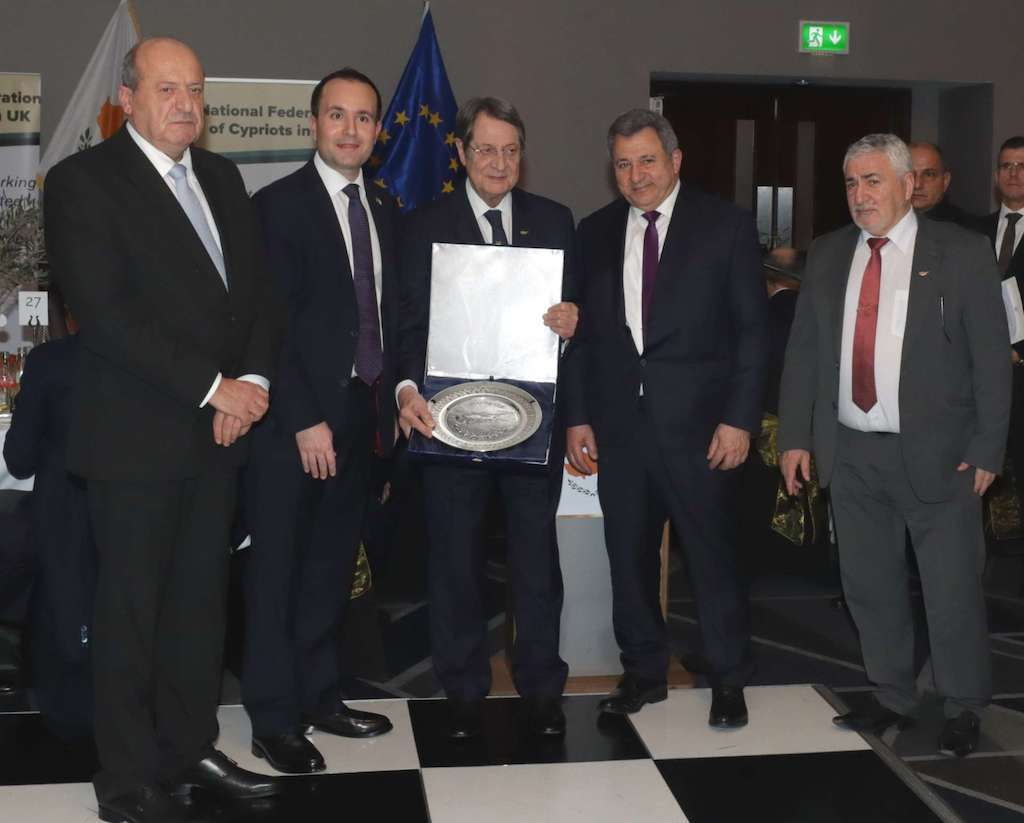 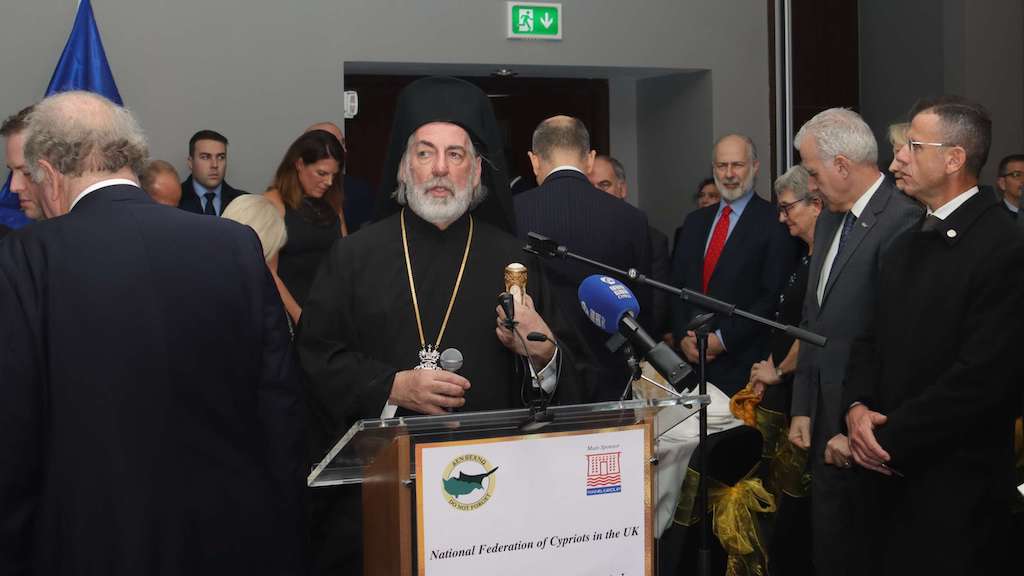 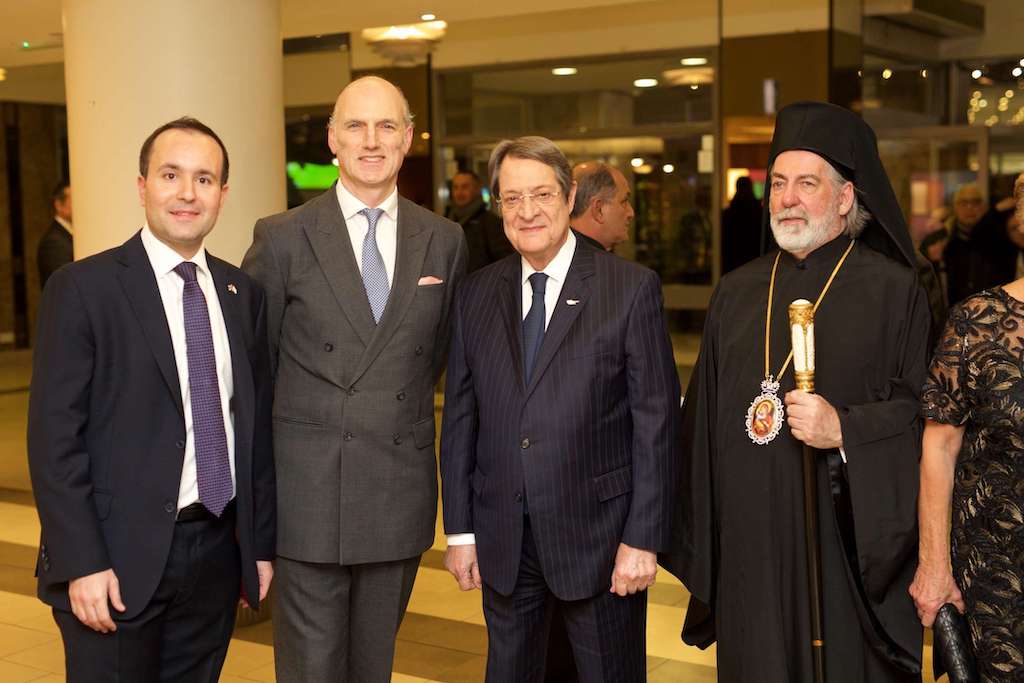 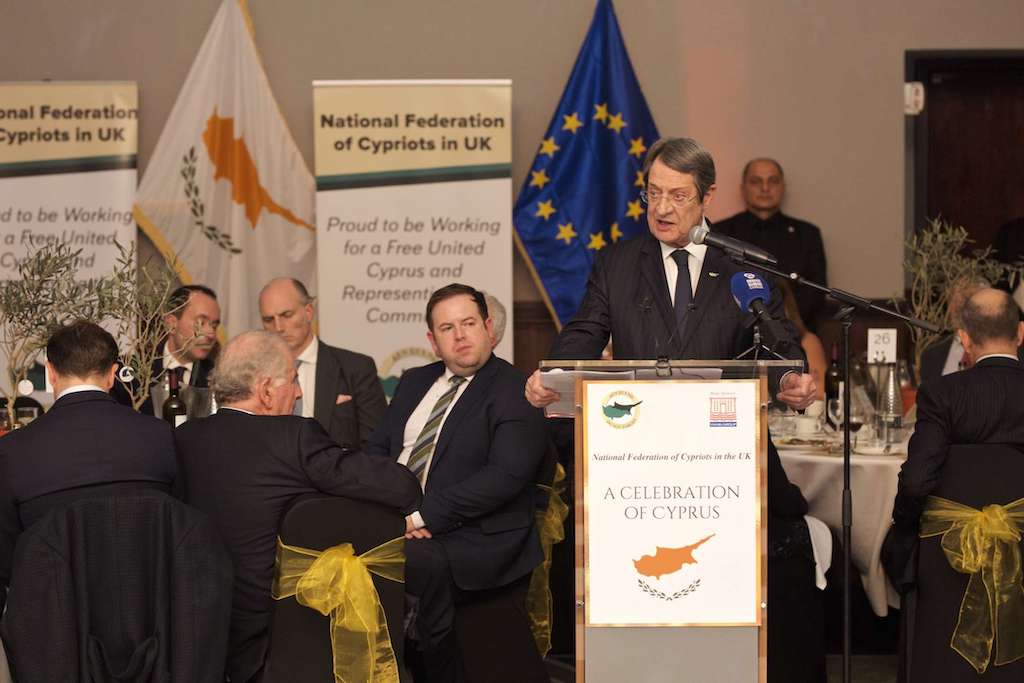