Archbishop Elpidophoros of America visited the Mount Athos Center in Thessaloniki in order to donate a rare Ottoman newspaper of 1926, part of his personal archive, on the front page of which has a tribute to Mount Athos.

At the same time, the Archbishop was guided to the exhibition from the collection of Lola Daifa, by the curator of the exhibition, archaeologist Panagiotis Kambanis.

He was welcomed by, among others, the Mayor of Thessaloniki and Chairman of the Board of the Mount Athos Center, Konstantinos Zervas, the Chairman of the Municipal Council and member of S.A. Petros Lekakis, and the Director of S.A. Anastasios Douros.

In his welcome note, Zervas thanked Archbishop Elpidophoros both for his kind offer and for the fact that he thinks and embraces the Mount Athos Center with his fatherly love.

As an antidote to the Archbishop’s visit, the mayor offered him an icon with a representation of the patron Saint Demetrios, who is depicted protecting Thessaloniki. 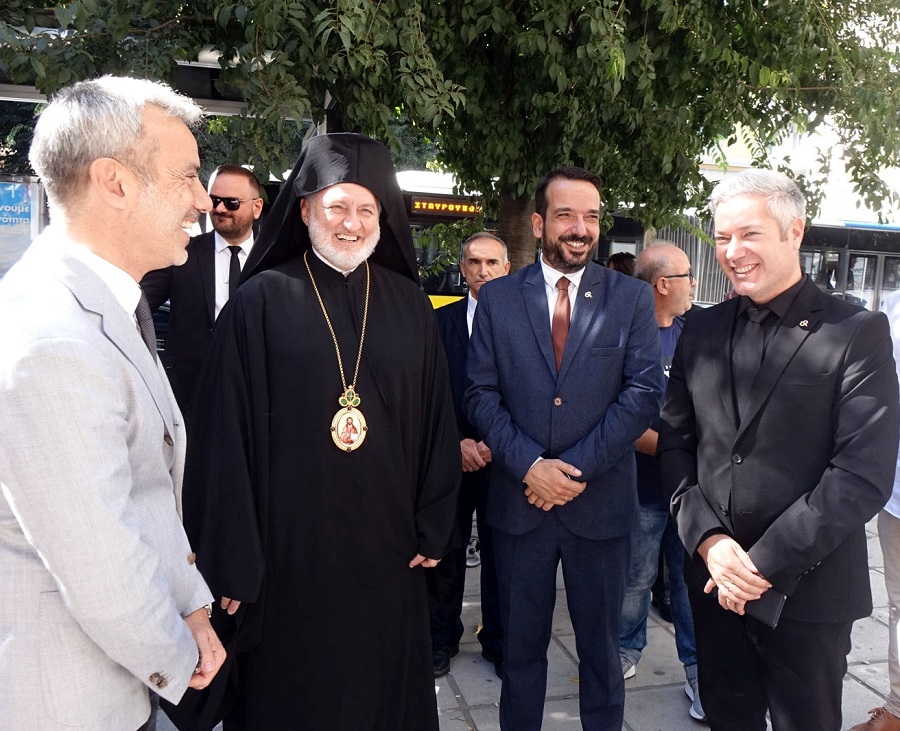