On the evening of Monday of the Holy Spirit, June 13, 2022, the Minister of Climate Crisis and Political Protection of Greece, Christos Stylianidis, after his collaborators, the Ambassador of Greece in Tel Aviv, Loukakis, and the Consul of Greece in Jerusalem, Vlioras, visited the Patriarchate of Jerusalem.

The Minister and his companions were warmly received by Patriarch Theophilos of Jerusalem and Hagiotaphite Fathers. In this meeting, there was an interesting discussion about the role of the Patriarchate as a guardian of the Holy Places, its long-term good relationship with the Church of Cyprus, the welcoming of the Cypriot pilgrims, the role of the Patriarchate in maintaining the ecclesiastical unity from the Holy Sepulchre, especially under the conditions of its ecclesiastical jurisdiction among the three political states of the present, about the restoration of the Sacred Edicule and the current ongoing project at the Rotunda, about the recent challenges by the extremists who use violence against the Christians and about the prospective renovation of the Catholicon of the Church of the Resurrection. 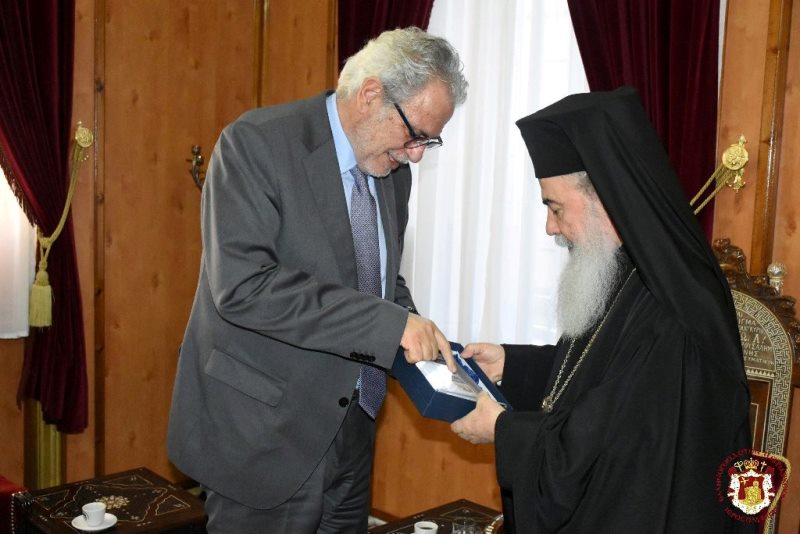 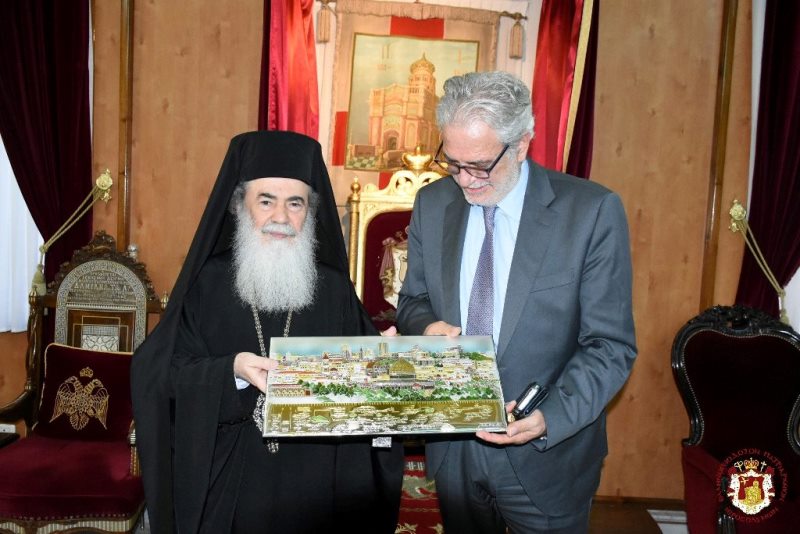 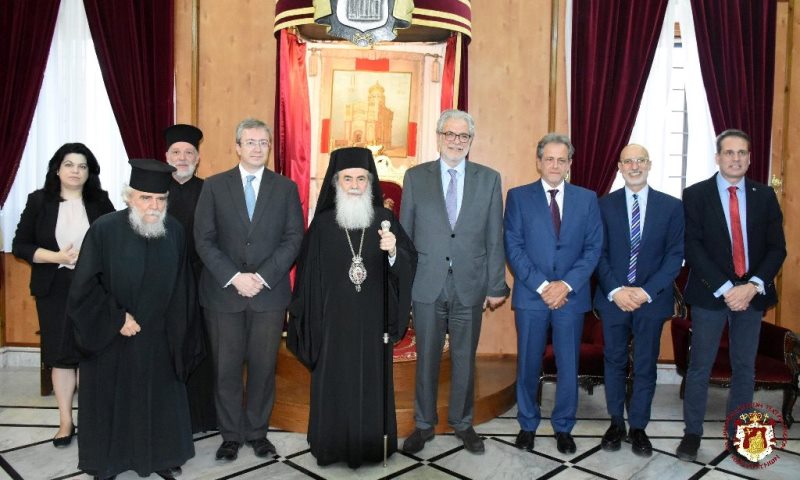