President of Ukraine Volodymyr Zelenskyy and Prime Minister of the United Kingdom Boris Johnson, who is on a visit to the country, visited St. Michael’s Golden-Domed Monastery in Kyiv.

The leaders of the two states placed candles near the iconostasis.

Boris Johnson inquired about the history of the monastery and its interior decoration. The clergy presented the icon of the Mother of God of Pochayiv to the Prime Minister of the United Kingdom as a gift.

Volodymyr Zelenskyy and Boris Johnson also laid flowers to the Wall of Remembrance for the Deceased for Ukraine. They honored the memory of the fallen heroes with a moment of silence.

The President of Ukraine and the Prime Minister of the United Kingdom visited an exhibition of destroyed military equipment of the Russians.

The exhibition is located in Mykhailivs’ka Square in Kyiv. Among the exhibits are a self-propelled anti-aircraft missile and cannon complex “Pantsir-S1”, a T-72B3 tank, a BMD-2 infantry fighting vehicle, a BMD-4 turret, an electronic warfare vehicle and the remains of a Tigr SUV. The enemy used most of this equipment during the attack on Kyiv.

The leaders of the two states talked to the Ukrainian military, who took part in the battles for the capital.

“I want to thank you for your service, for protecting us, our state. Take care of yourselves!” said Volodymyr Zelenskyy.

“I wish you success and congratulations on the destruction of this equipment,” said Boris Johnson.

The President of Ukraine and the Prime Minister of the United Kingdom greeted Kyiv residents gathered near Mykhailivs’ka Square. 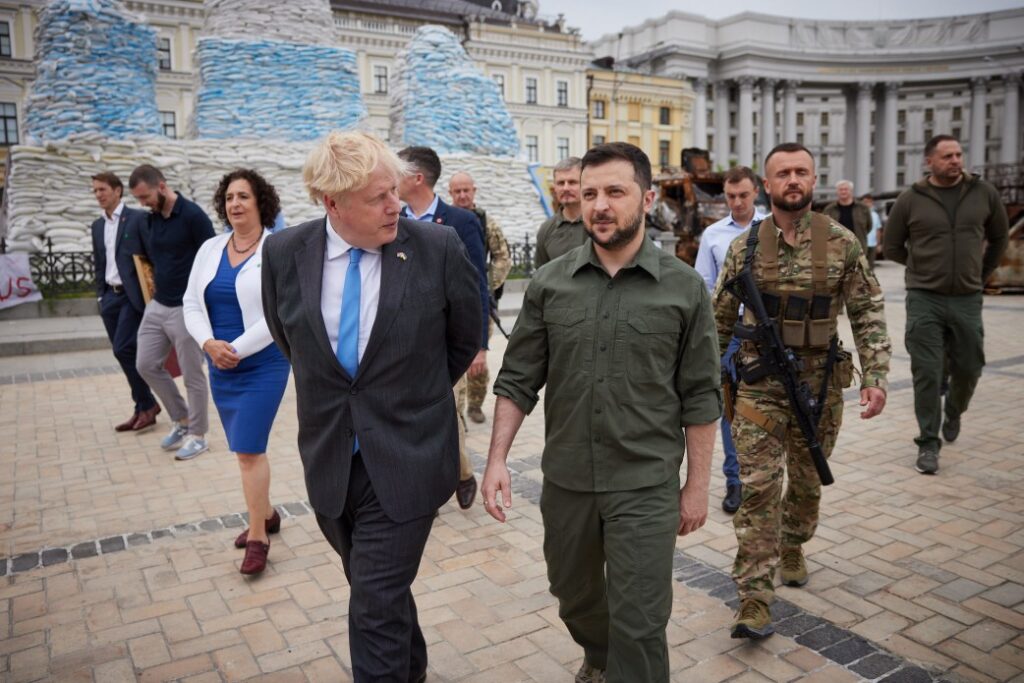 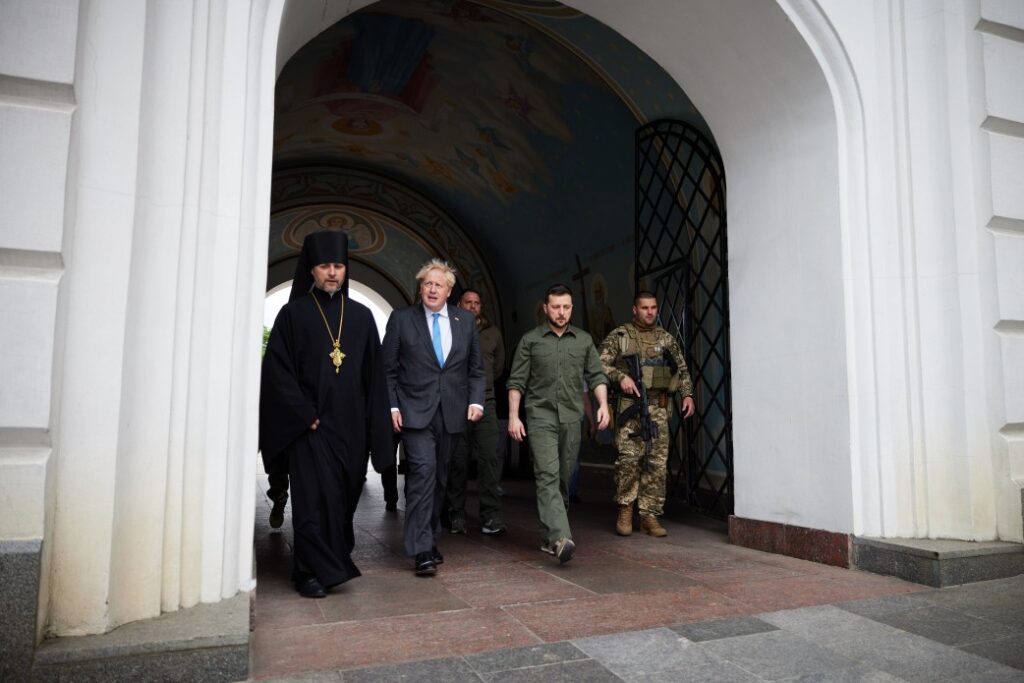 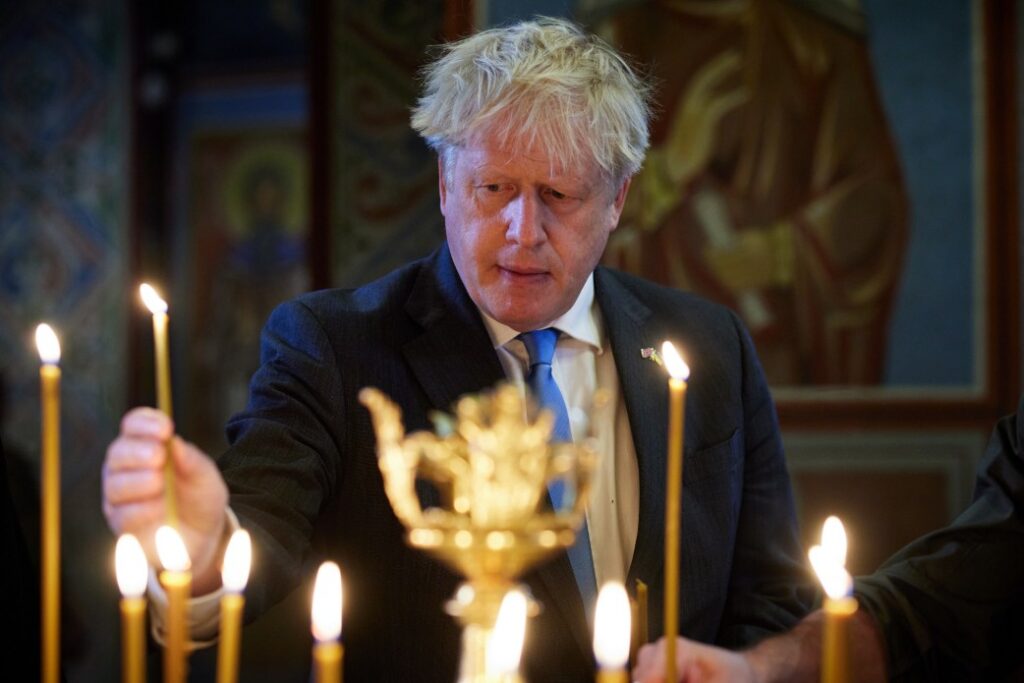 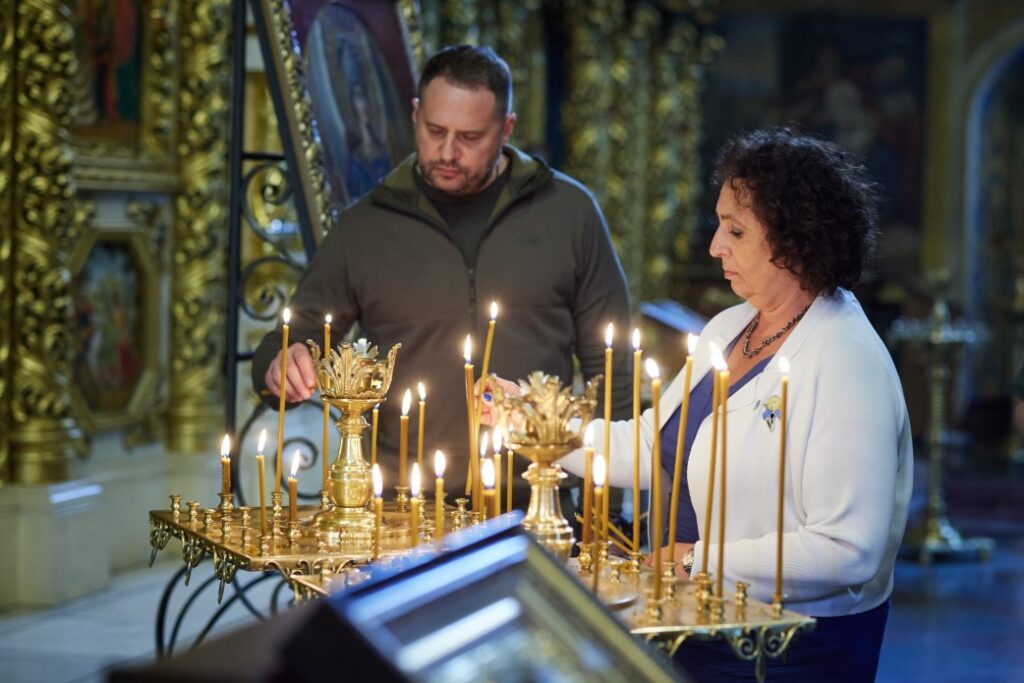 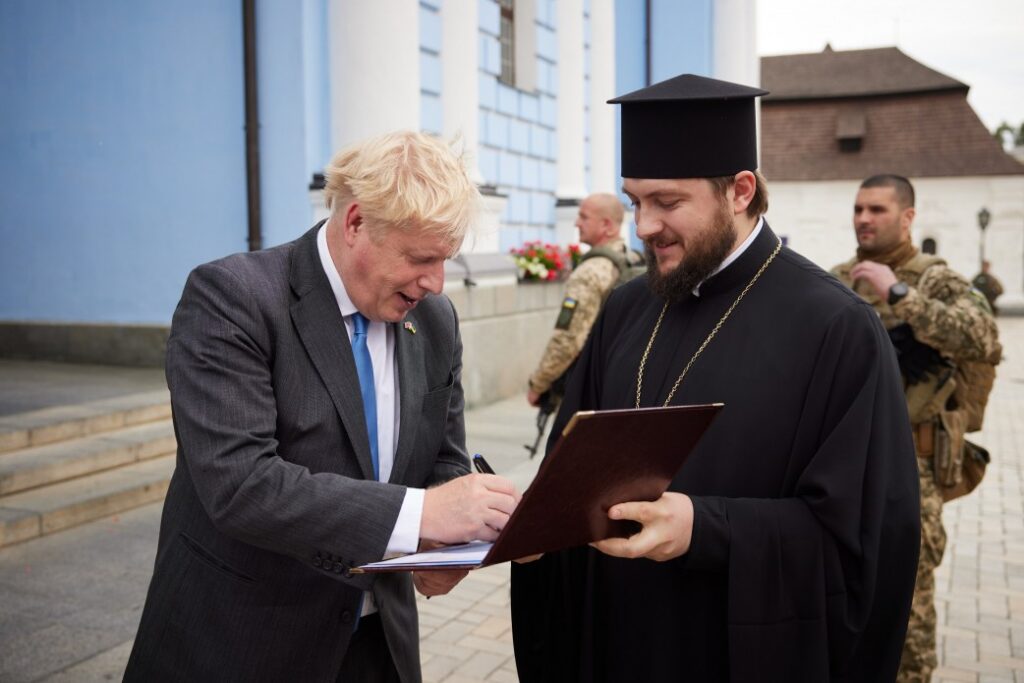 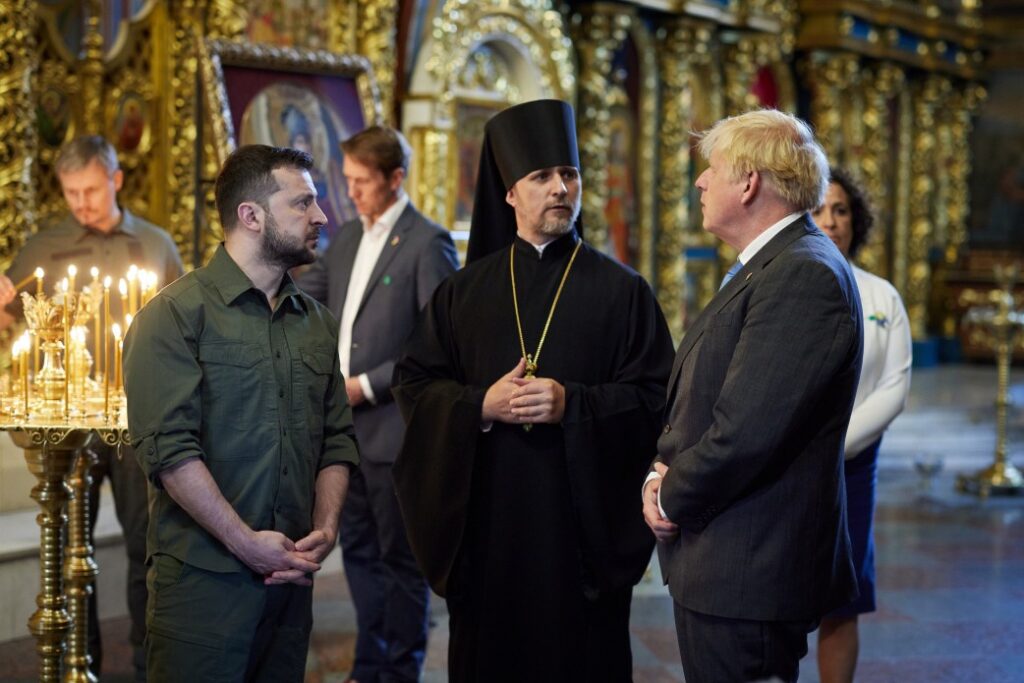 Greek FM: We will continue to respond calmly to Turkish provocativeness

Georgia: Thousands of demonstrators on the streets in support of the country’s EU membership

Memory of the Holy Martyr Leontius