The Procession of the icon of the Dormition of the Theotokos to Gethsemane took place at dawn on Wednesday, August 25, 2021.

The ceremony was held according to the Typikon order of the Church of Jerusalem, and at 5:00 a.m. the Procession of the icon of the Dormition began from the Metochion of Gethsemane, opposite the Church of the Holy Sepulchre, where it is kept all year round.

The Hegumen of Gethsemane His Eminence Archbishop Dorotheos of Avela, carried before his chest the icon of the Dormition, surrounded by Hagiotaphite Hieromonks and Monks, as a large procession of Nuns and pilgrims marched ahead, preceding the procession.

The Procession stopped for small prayers before the Holy Monasteries of Saint Alexander Nevsky, Saint Charalambos, Praetorian, Saint Anna, the First Martyr, and Archdeacon Stephen and concluded at the Church of the Dormition in Gethsemane, where the Holy Tomb of the Theotokos lies.

The icon was placed in the Epitaph behind the Tomb and in front of the Icon of Platytera after a short prayer and then the Services of the Day, Matins, Paraklisis, and the Divine Liturgy followed.

The Holy Icon will remain there for the Lamentations of the Eve of the Dormition, for the Divine Liturgy on the Day of Dormition up until August 23rd (old calendar) when it will be returned in procession again at the Metochion of Gethsemane. 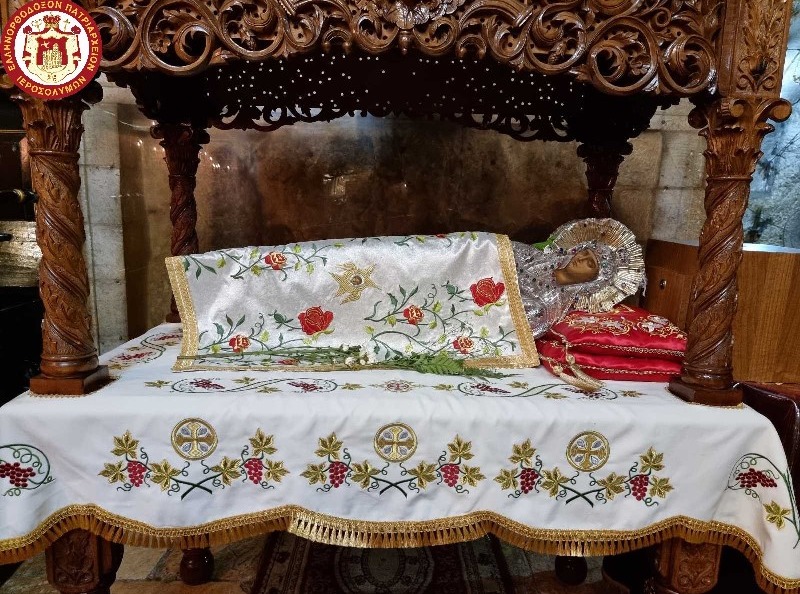 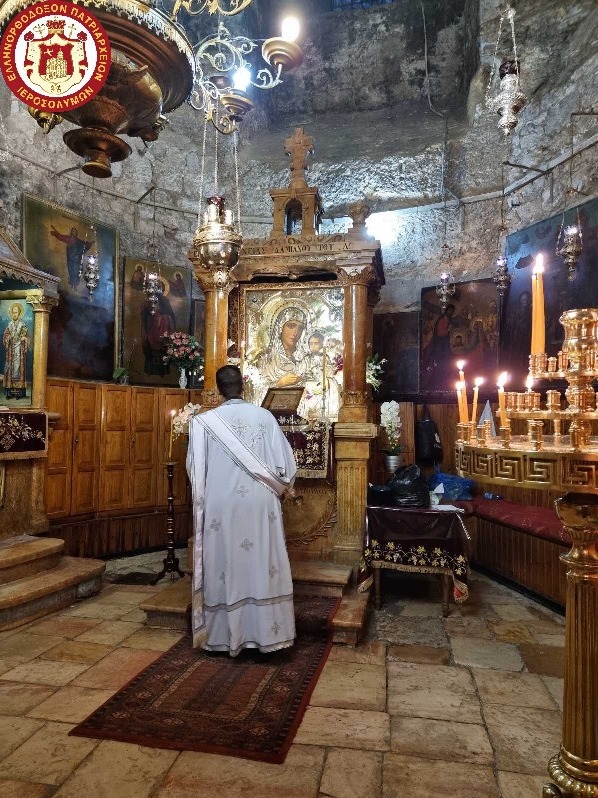