The Holy Archdiocese of Australia honoured Metropolitan Ezekiel of Dervis

The name day of Metropolitan Ezekiel of Dervis and as well as the completion of 60 years of his Church ministry were celebrated in an emotionally-laden ceremony in the reception hall of the Cretan village on Sunday, July 24, 2022.

The event was the inspiration and planning of Archbishop Makarios of Australia and the organisation and implementation was undertaken by the bishops of the Archdiocesan districts of Melbourne and Northcote – Bishop Kyriakos of Sozopolis and Bishop Evmenios of Kerasounta, in collaboration with the Victorian Inter-Communities Council.

After the Archbishop’s entrance with the officials, the national anthems of the two countries were played by the amazing voice of the former St John’s student, Sofia Frangou.

The program was opened by the dance group of the Central Pontian Association, “Pontiaki Estia”, rendering in a faithful traditional way dances of unforgettable Pontos. A video was then screened on the life of Metropolitan Ezekiel of Dervis from his childhood days to present and included messages from loved ones overseas.

The Consul General of Greece in Melbourne, Mr Emmanuel Kakavelakis began the short welcoming addresses. Mr Kakavelakis referred to the God-pleasing work of the venerable hierarch and emphasised his continuous and important contribution. Afterwards, Fr Charalambos Vezos gave a short talk on behalf of the priests of Melbourne, wherein he praised the work of the hierarch, outlined his characteristics and closed with his achievements, and the president of the Inter-Communities Council, Mr Tony Tsourdalakis, emphasised the special love of the bishop for the second generation of Greeks and the youth in general.

Bishop Iakovos of Miletoupolis spoke about the life of the hierarch and referred to special moments they shared since they were fellow-travellers for at least twenty years.

As keynote speaker, Archbishop Makarios of Australia presented the Metropolitan’s important and great work, thanked all the previous speakers for their heartfelt words and congratulated all the contributors. He further described how he met the Metropolitan in 2015 and their various meetings, highlighting important aspects of Metropolitan Ezekiel’s personality and focusing, in particular, on his multi-faceted role in the spiritual and social life of his metropolis. He then awarded the Metropolitan with the highest distinction of the Holy Archdiocese of Australia, that of the medal of the Order of the Christ-loving and stated that the Metropolitan is the first hierarch in Australia who is honoured with this title.

For his part, Metropolitan Ezekiel of Dervis, having warmly thanked those who had the vision for this event and its organisers, said with his characteristic humility: “All that is done under the auspices of our Archdiocese are works of joint effort and are my very life. This honorable distinction relates not only to me but, more broadly, belongs to our Church and community.” “I want to profess”, he continued, “that the arrival of Archbishop Makarios of Australia here in Australia brought a smile to all of us” and, visibly moved, thanked him for this wonderful
evening. Further, he pointed out the Archbishop is a young person and a jewel for the Australian Archdiocese. “I love and respect him, and I believe he will succeed in his ministry.”

The event was honoured by the presence of reverend clergy and by:

and many members of the Administrative Committees of Parishes and Communities.

The event closed with the members of the Byzantine Music Choir and chanters of various parishes chanting the “many years” of the Metropolitan and the Archbishop’s pheme. 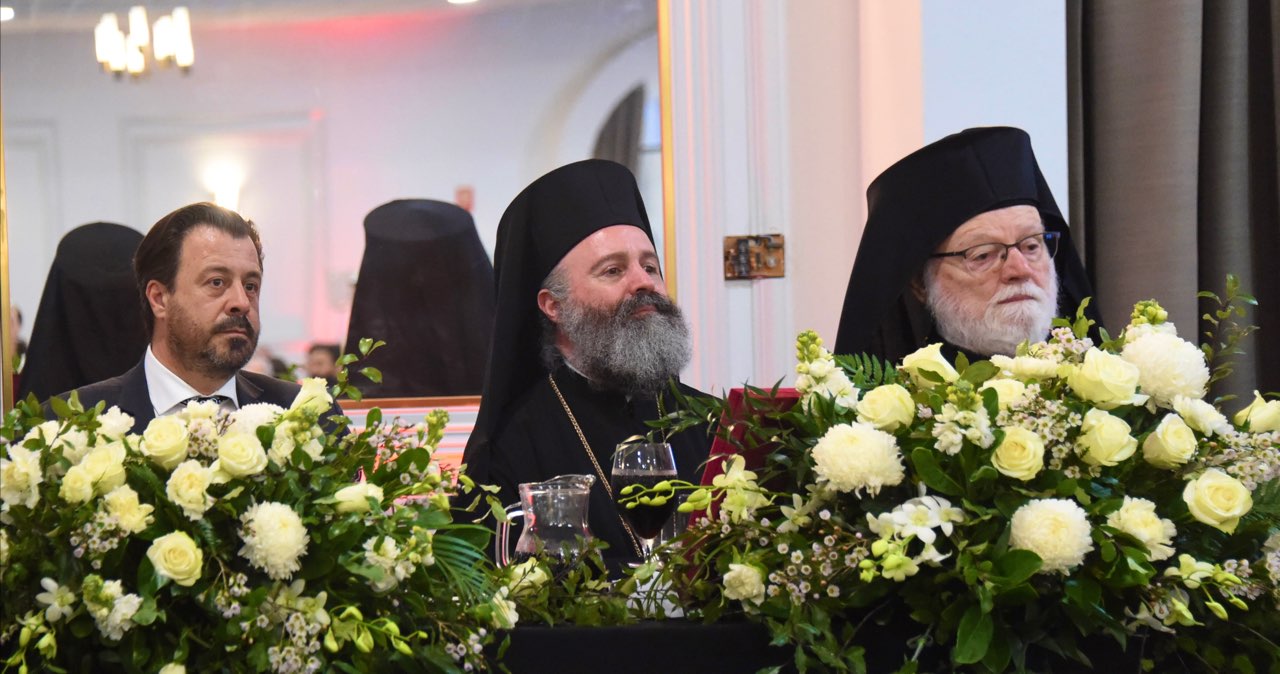 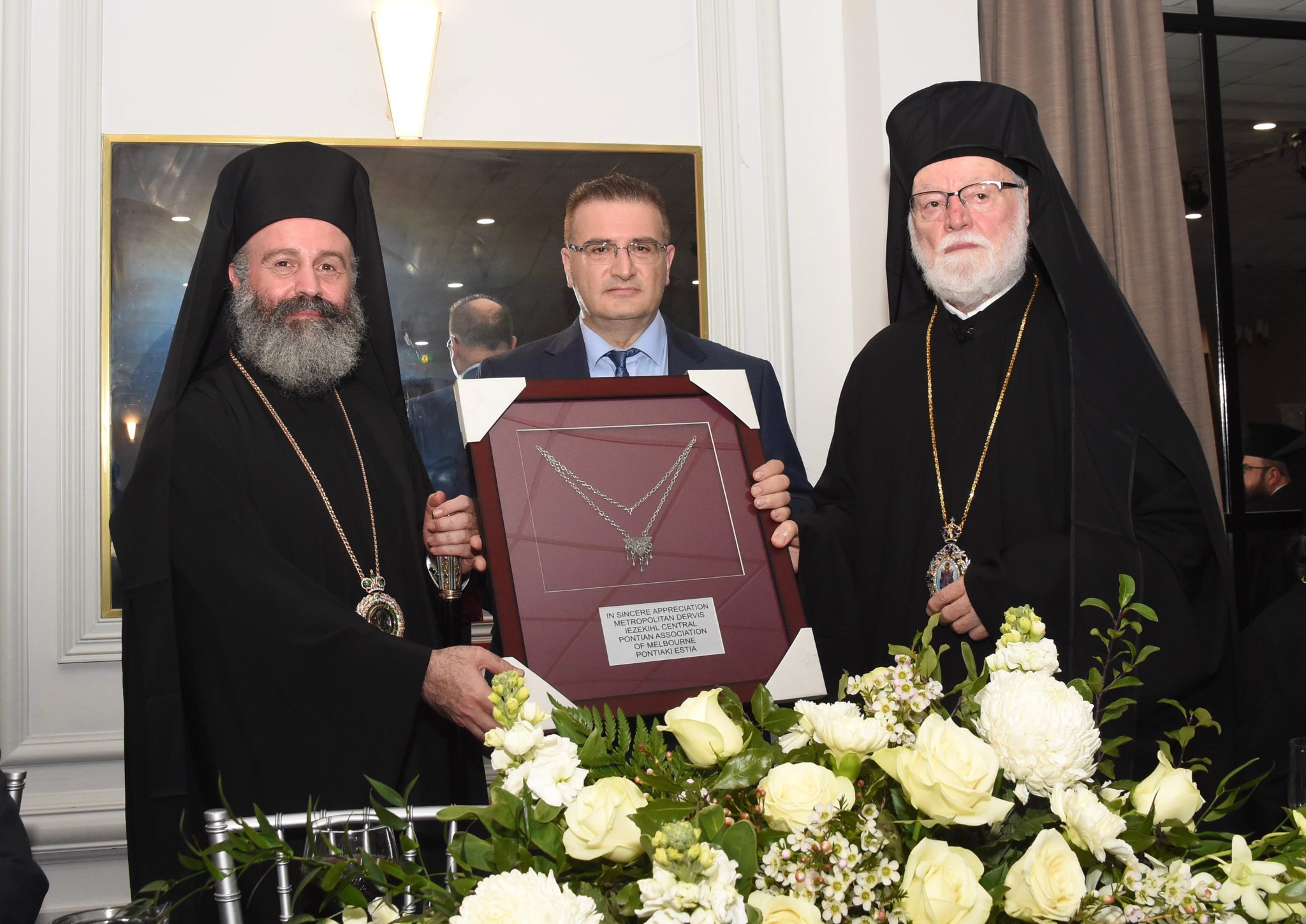 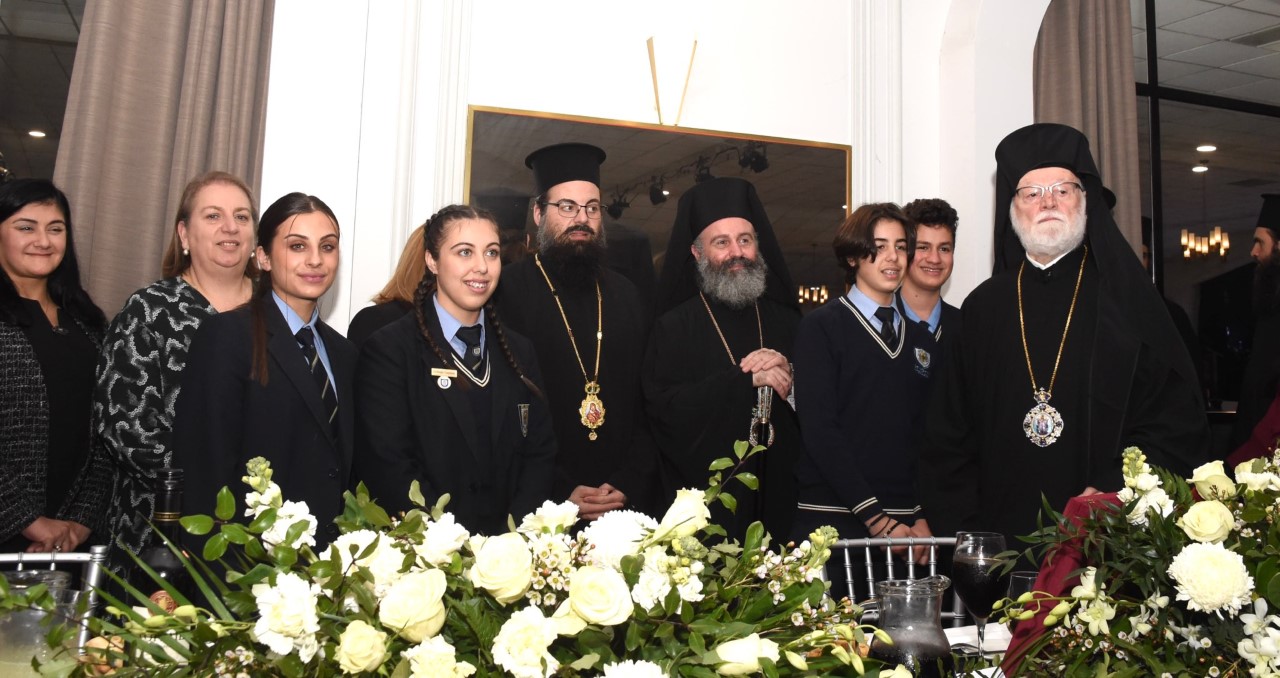 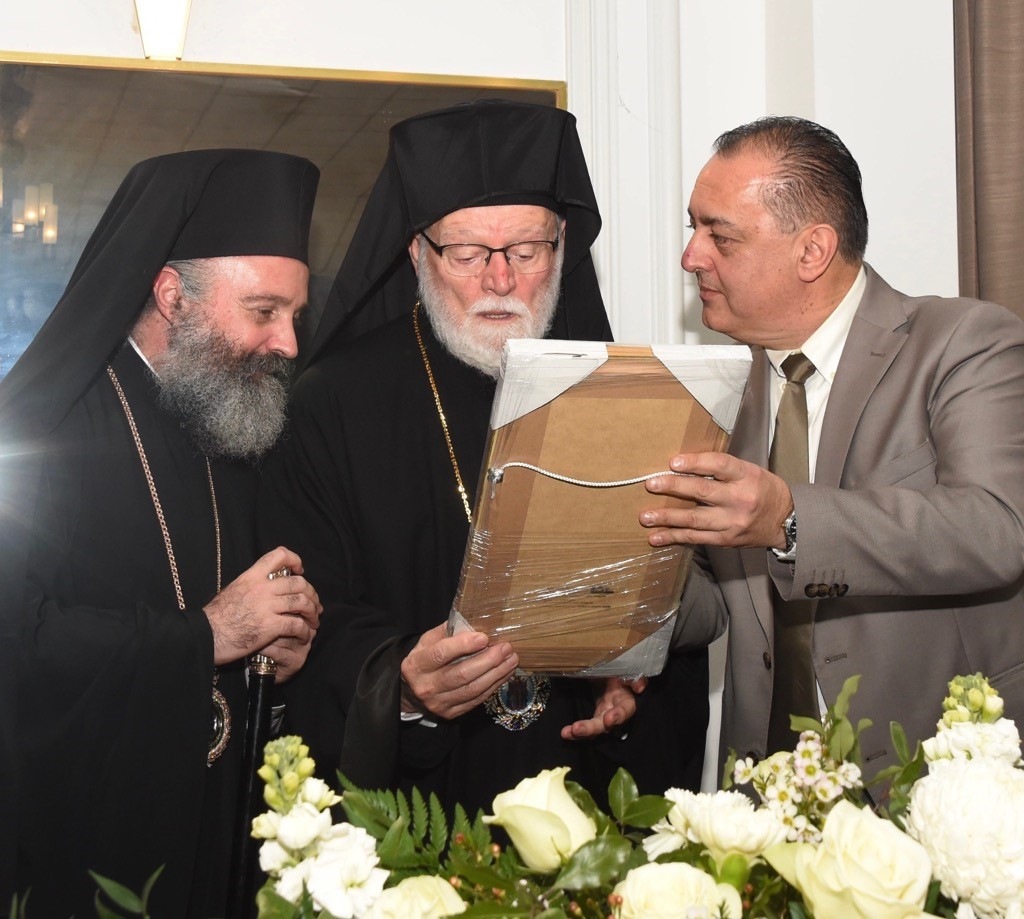