The Archbishop of Thyateira in a conference on combating human slavery

Archbishop Nikitas of Great Britain participated in a conference on combating human slavery, that took place in Lambeth Palace.

The conference focused on advanced countries’ initiatives, both locally and internationally, to combat human trafficking and slavery.

The work began with a presentation by former Prime Minister of the United Kingdom Teresa May, who referred to the important cooperation of local bodies in Britain (Church, Religious Communities, Media, Academy, NGO) in combating human slavery and trafficking.

Archbishop Nikitas, in his brief speach as spokesman for the Ecumenical Patriarch, noted that unfortunately the current situation regarding human rights and human slavery in general, cannot be changed overnight. And of course he added that this cannot be achieved unless each of us changes his inner-psychic world first.

Archbishop Nikitas cited education as a primary factor for our internal transformation, stressing that a large proportion of our fellow humans do not know what modern slavery and human trafficking really mean and what their impact is on today’s society. 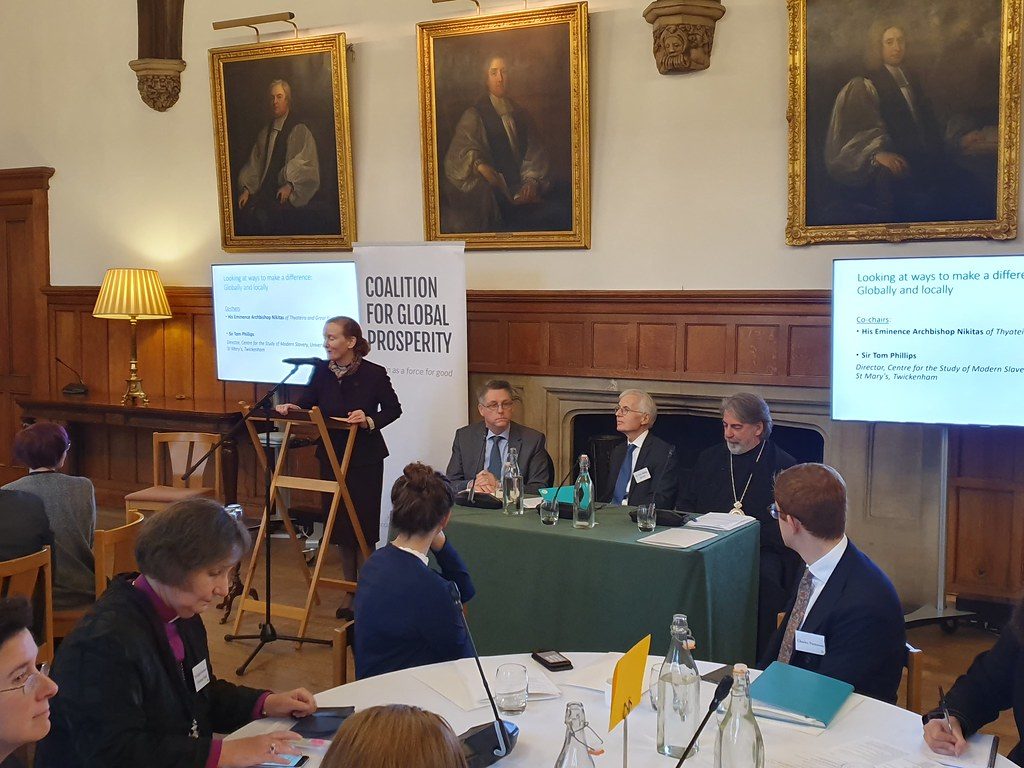 Archbishop Ieronymos of Athens and All Greece met this morning the members of the Federation of Greek Chanters' Associations (OMSIE)....

Patriarch of Jerusalem: Concrete understandings with Antioch over Qatar, our Orthodox unity is most precious

In the Holy Synod of the Patriarchate of Jerusalem convened today, Friday, February 21, by Patriarch Theophilos III, various matters...