With the blessing of Archbishop Makarios of Australia, a new playground was officially handed over to the pupils of the PreKinder to Year 12 school of the Greek Orthodox All Saints Grammar School, in Belmore, Sydney.

The inauguration took place on Thursday, July 23, in the presence of the management, the teaching staff and the parents’ association of the school, as well as the administration of the Parish – Community of All Saints and representatives of the political authorities.

Upon his arrival at the school, Archbishop Makarios received a warm welcome from the principal Mrs. Eleftheria Lilli and from representatives of the pupils.

In his short greeting, he cordially thanked all those who worked for the implementation of this important expansion of the school, a project whose cost amounts to 1.7 million Australian dollars.

At the same time, he assured that both he personally and the Archdiocese in general, will always be by the side of the school community of All Saints and will support every effort made for the good of education and for the progress of the new generation. In addition, referring to the pupils, he spoke with love and pride for the young people of the Greek Diaspora, reminding them that they are the hope of Hellenism and Orthodoxy in Australia. “When I see your faces, I see the sun. I see the beauty of the universe. I can also see the future of our Church, of our Holy Archdiocese. I can see in your faces the hope we have for the future, to build a new generation with the values ​​and ideals of Hellenism and with the traditions of the Orthodox faith,” he stated characteristically. 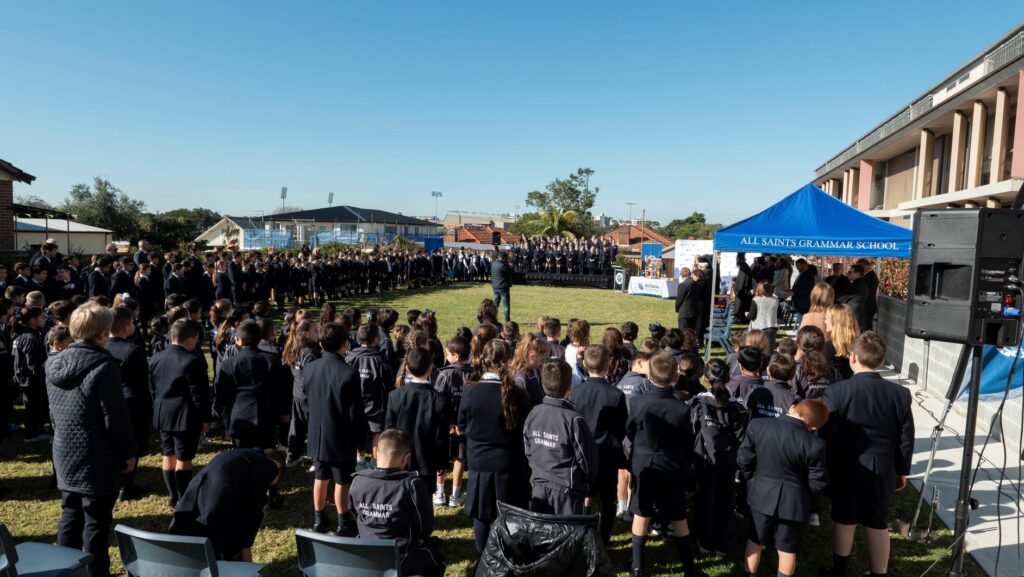 The restoration project of the Holy Monastery of “Axion Estin” in Northcote, Victoria

Archbishop of Australia to offer memorial service for Ghikas Voulgaris

Archbishop of Australia has returned to his duties

Perth: The students honored the patron saint of their school, St. Andrew

Ecumenical Patriarch paid his respects to his predecessor

The feast of the Patriarchal Monastery of St. Nicholas in Princes Islands

On Monday, December 7, 2020, a Divine Liturgy will be celebrated at the Holy Patriarchal and Stavropegic Monastery of...

Extension to closed churches in Greece until December 14

The extension of the existing restrictive measures for the protection from the coronavirus was announced by the Greek Government....

Online lecture: “Criteria for Moral Discrimination in the Orthodox Church”

Within the framework of the Inter-Orthodox postgraduate program "Orthodox Ecumenical Theology" (MOET) of the International University of Greece (IHU),...

The restoration project of the Holy Monastery of “Axion Estin” in Northcote, Victoria

Maintenance and restoration work is underway since the beginning of this week at the premises of the Holy Monastery...