Synodical Divine Liturgy at the Cathedral of Saint Titus, Heraklion

in Church of Crete, Ecumenical Patriarchate

Α Synodical Divine Liturgy was held in the Cathedral of Saint Titus in Heraklion on Sunday, May 12, on the 53rd anniversary of the Restoration of the Sacred Head of St. Titus, first Bishop of Crete, and on the first celebration for the transfer of the Holy Relics of Saint Cosmas the Hermit and Confessor from Venice to Crete, the first ascetic of Crete.

There was the official reception of the Holy Relics of Saint Cosmas the Hermit on Saturday afternoon, May 11, followed by the Archieratical Vespers service, officiated by Metropolitan Kirilos of Ierapytni and Sitia.

Archbishop Irenaeus of Crete, and Metropolitan Irenaeus of Lampi, Sivritos and Sfakia were prayerfully attending in the altar.

On behalf of the Holy Provincial Synod of the Church of Crete, Metropolitan Makarios of Gortys and Arkadia delivered a speech.

On Monday, May 13, after the Divine Liturgy, the reliquary of the Holy Relics of the ancient ascetic of Crete was transferred to the Monastery of the Assumption of the Virgin Mary in Koudoumas, under the Metropolis of Gortys and Arcadia, where it will remain forever.

The feast of the Restoration of the Holy Relics of Saint Cosmas the Hermit will be celebrated each year, according to a unanimous Synod’s Decision, on the 3rd Sunday of May. 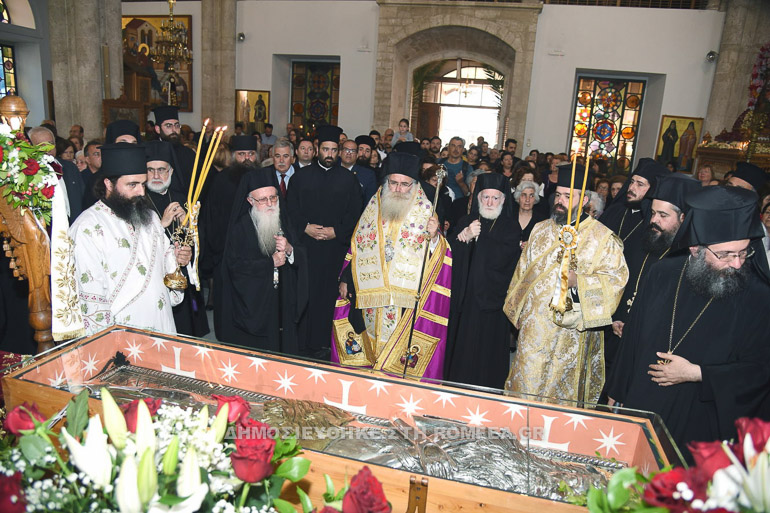 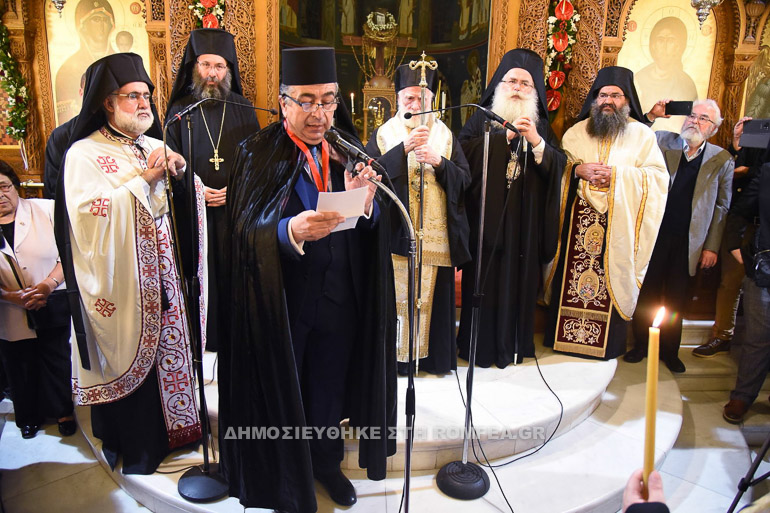 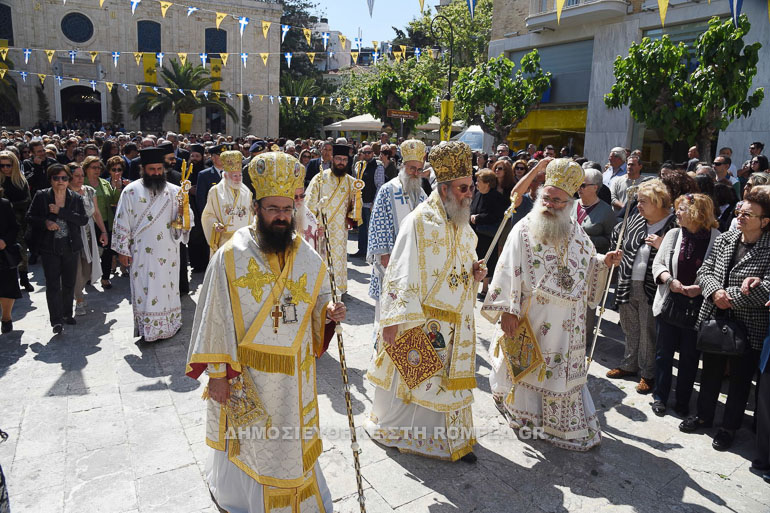 Extraordinary meeting of the Holy Synod of the Church of Crete

Archdiocese of Crete: The Archbishop was not infected by COVID-19, nor was he hospitalized

Archbishop of Crete: Everyone’s life is in God’s hands

Thousands of faithful participating in the procession in honor of St. Basil of Ostrog