Sydney: Doxology for the graduating students of the Greek Orthodox College of Saint Spyridon

In an atmosphere of great emotion, on Monday morning, September 19, a Doxology Service for the graduation of the year 12 students (third grade of the Lyceum) of the Greek Orthodox College of Saint Spyridon in Kingsford, Sydney, was held.

The Doxology Service was presided over by the Chancellor of the Holy Archdiocese of Australia, Archimandrite of the Ecumenical Throne, Fr Christophoros Krikelis, who represented Archbishop Makarios of Australia. The Chancellor was joined by the Proistamenos of the Parish of Saint Spyridon, Father Steven Scoutas, and Father Irenaeus Triantis, while present in the church, apart from the dozens of youth and students, was the Head of School, Aimelia Katsogiannis, the president of the parish-community, Elias Economou, the members of the College staff, as well as several parents of the graduating students.

The latter were possessed by mixed feelings, as a beautiful and creative cycle of their lives closes and another, promising one, opens. As they are currently preparing for their HSC (Higher School Certificate) final exams, the inspiring speech of their Spiritual Father, Archbishop Makarios, as it was read out at the end of the Doxology by Father Christophoros, was a source of courage and determination, encouraging them to strive with all their might to achieve their next goals.

The Archbishop of Australia’s main message to the young people was to remember that “everything we do as Orthodox Christians must include Christ”. With the exhortation to set high goals, make use of the talents that God has given them, and remain close to the Church and the always welcoming environment of their school, His Eminence Archbishop Makarios expressed his firm belief that they will succeed in their professional careers and in their social lives, as Christ will always be with them.

Furthermore, Archbishop Makarios of Australia gave his personal assurance that the Holy Archdiocese as a whole will be steadfastly supportive of the future endeavors of the College’s graduates.

Finally, Father Christophoros conveyed the heartfelt paternal wishes and the blessing of Archbishop Makarios of Australia, while offering all the graduating students a copy of the Holy Orthodox Bible. 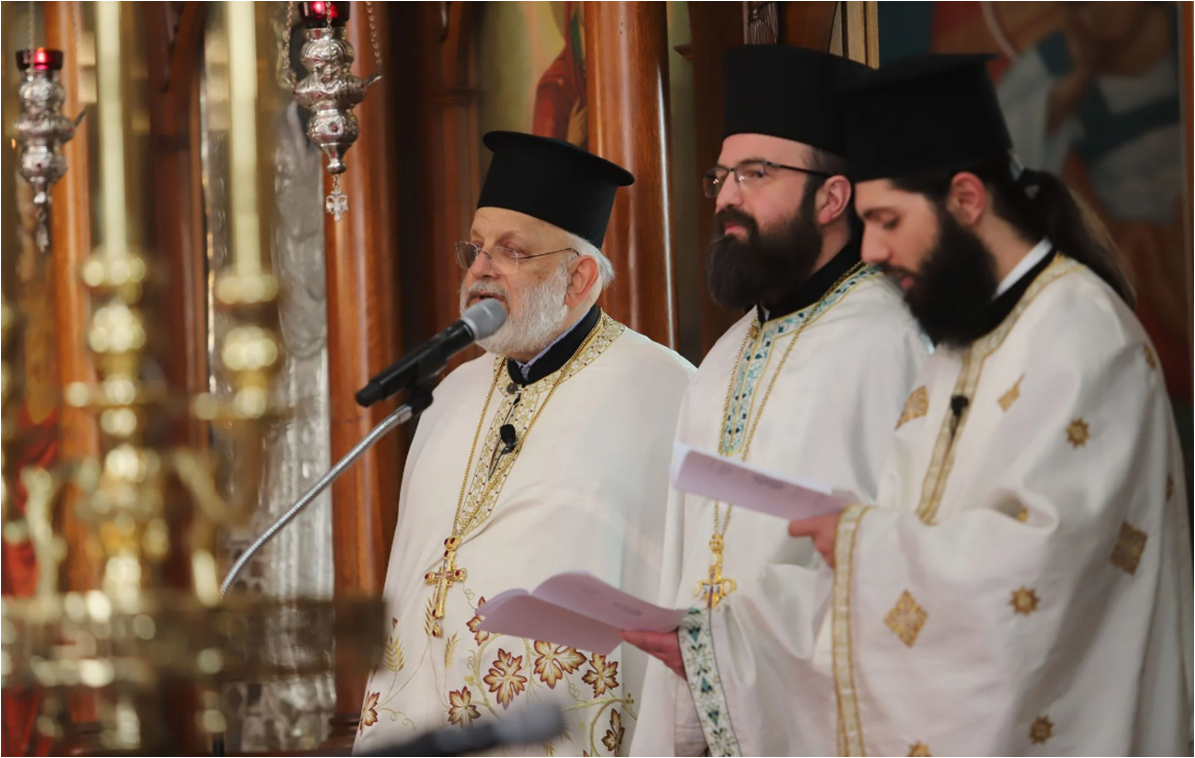 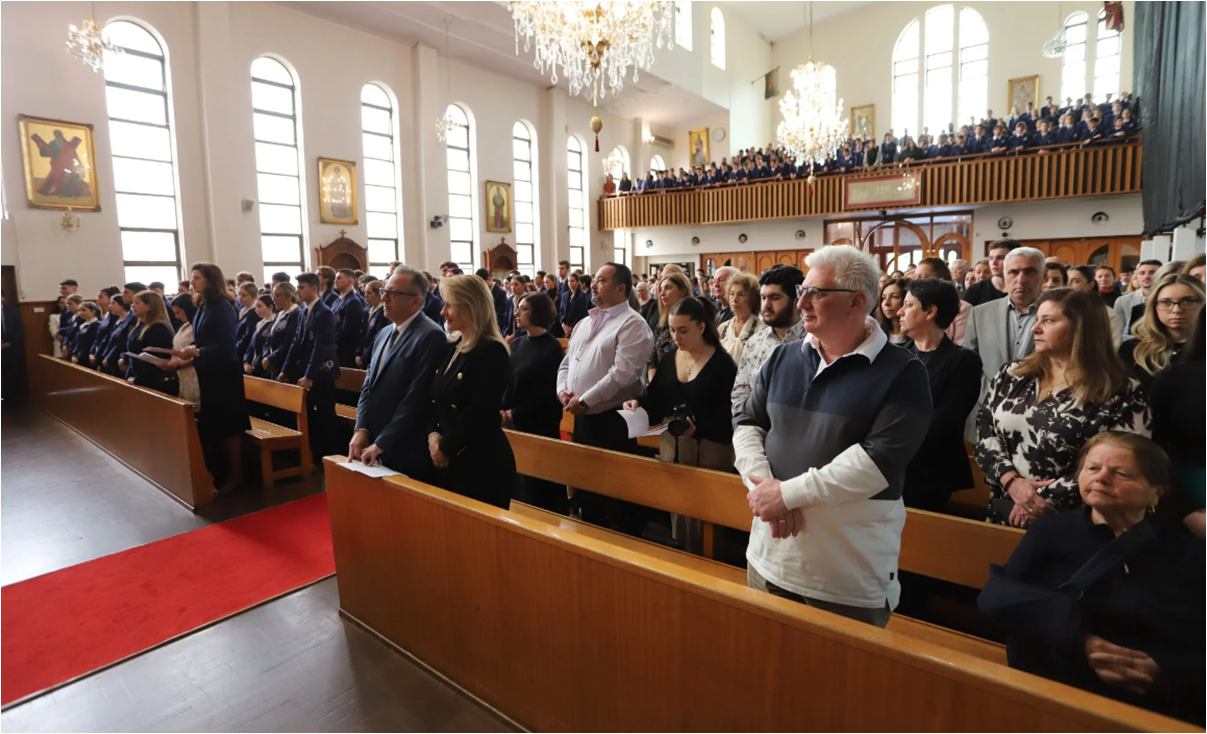 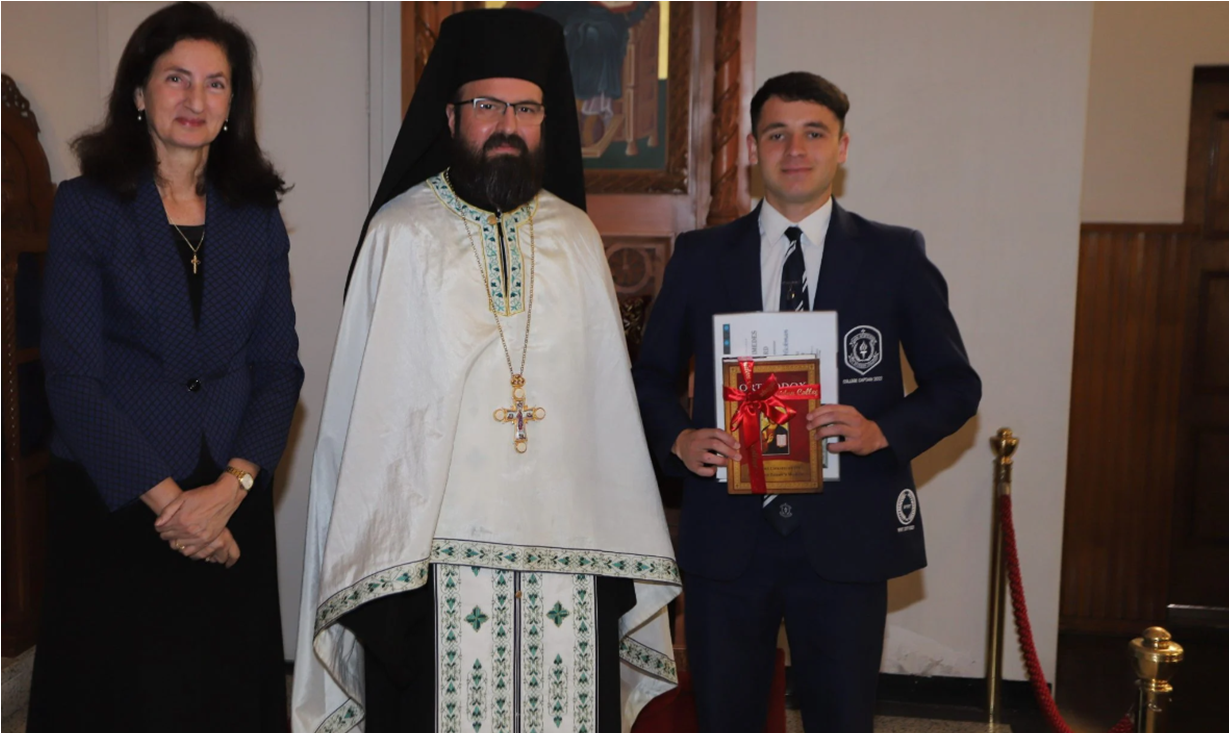 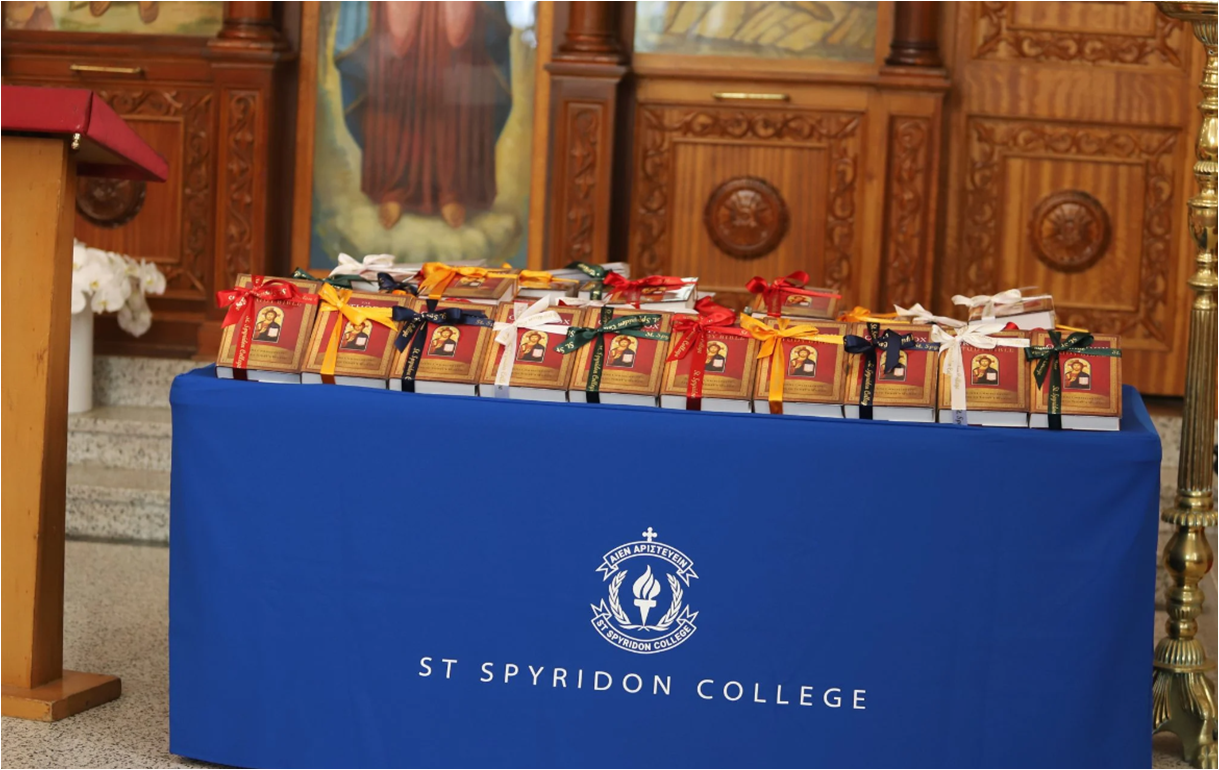