On Thursday, November 25, the feast day of St Catherine the Great Martyr, the consecration service of the similarly named Parish at Mascot in Sydney took place with splendour and ecclesiastical grandeur.

Archbishop Makarios of Australia presided over the Consecration Service with the participation of the Bishops Iakovos of Miletoupolis, Emilianos of Meloa, Elpidios of Kyaneon, Silouan of Sinope, Kyriakos of Sozopolis, Christodoulos of Magnesia and Evmenios of Kerasounta.

At the beginning of the service, a short petition was chanted with deep contrition in front of the Holy Altar followed by the procession of the holy relics three times around the Church with the participation of all the congregants. At the end of the third procession, and in accordance with the Typiko (rubrics governing liturgical services), Archbishop Makarios walked to the entrance of the church, whose door was now closed and commanded: “Lift up your heads, O you gates! And be lifted up you everlasting doors! And the King of glory shall come in.” [Psalm 23 (24), A Psalm of David]. When the doors were opened, the Archbishop entered, followed by the Bishops, the clergy, and the faithful.

Archbishop Makarios then walked up to the Sanctuary and placed the holy relics in a special cavity in the center of the Holy Table, which he sealed with wax/mastic. Kneeling, he read a special prayer of invocation of the Holy Spirit for the sanctification of the Church. This was followed by the washing and anointing of the Holy Altar; the consecration of the Antiminsions (which now have the authority of a full Holy Table); the placement of the icons of the Evangelists in the four corners; and the vesting of the Altar Table with the ‘katasarkion” (white linen cloth representing the Lord’s burial shroud), which is never to be removed from the Altar. At the end of the service, His Grace Bishop Iakovos anointed the walls of the Church with Holy Chrism, forming the sign (in Greek) of Christ (XP), and his Eminence Archbishop Makarios lit the Vigil Lamp of the Holy Altar, which always remains lit.

The festal Divine Liturgy was then celebrated, at the end of which Archbishop Makarios spoke about the meaning of the consecration and mentioned the people who have been linked with the history of the Church of St Catherine’s. He first referred to Archbishop Stylianos, of blessed memory, who laid the foundation stone of the Church and expressed everyone’s gratitude. He also mentioned Fr Nikolaos Marketos and his struggle during the construction stage, while also praising the ministry of Fr Athanasios Giatsios, who has been the Parish Priest for many years, as well as the contribution of the Parish President EleftheriosSfidoniou and his associates.

Archbishop Makarios did not fail to thank the anonymous and invisible benefactors and donors of the Holy Parish noting, among other things, that “there are many people who remain hidden and there are donations, which in the eyes of people may seem insignificant but, fortunately, God has other ways of seeing and of measuring”.

Finally, he expressed his respect and gratitude to all those first generations of migrants who, despite their poverty and trials, contributed with great effort and privations to the construction of the Church.

Concluding his speech, Archbishop Makarios welcomed Fr Stavros Ivanos, who is taking over the duties as Parish Priest of St Catherine’s, replacing Fr Athanasios who will continue his ministry in another large parish. “I am certain that he will continue this very blessed tradition, which he will receive from Fr Athanasios”, the Archbishop emphasized, referring to the new Parish Priest, while pleading with the parishioners of St Catherine’s to embrace him with the same love, while maintaining unity and harmony with each other.

It is noted that among the congregation were the Consul General of Greece in Sydney, Christos Karras with his wife, the Trade Commissioner, Katia Gkikiza; the Professor of Modern Greek and Chair of the Department of Modern Greek Studies of the University of Sydney, Prof. VrasidasKaralis; the brother of the Ecumenical Patriarch, Nikolaos Archontonis, and his wife Catherine; and the Vice-Chairman of St Basil’s NSW, Theo Penklis with his wife, Marianne. 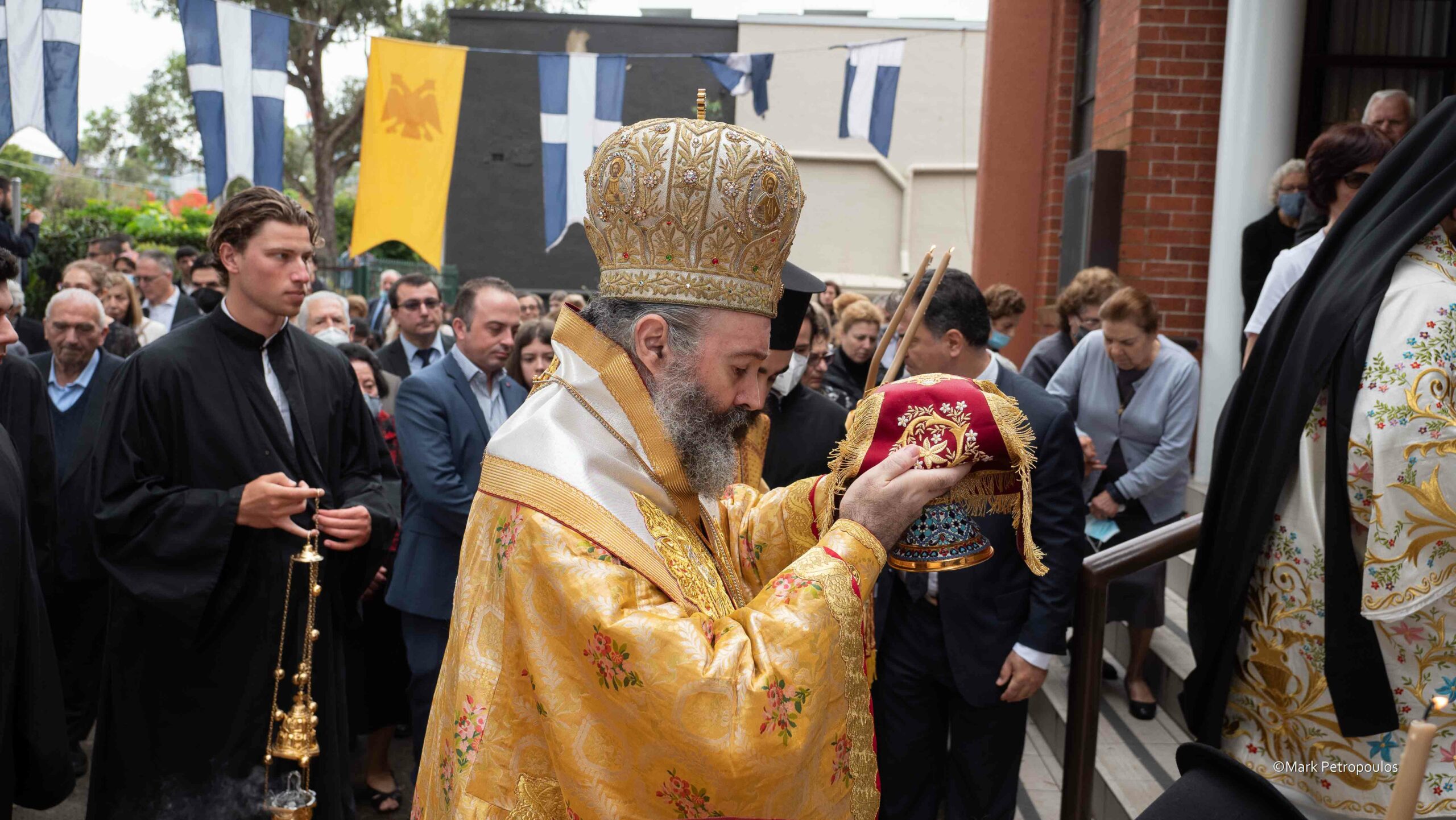 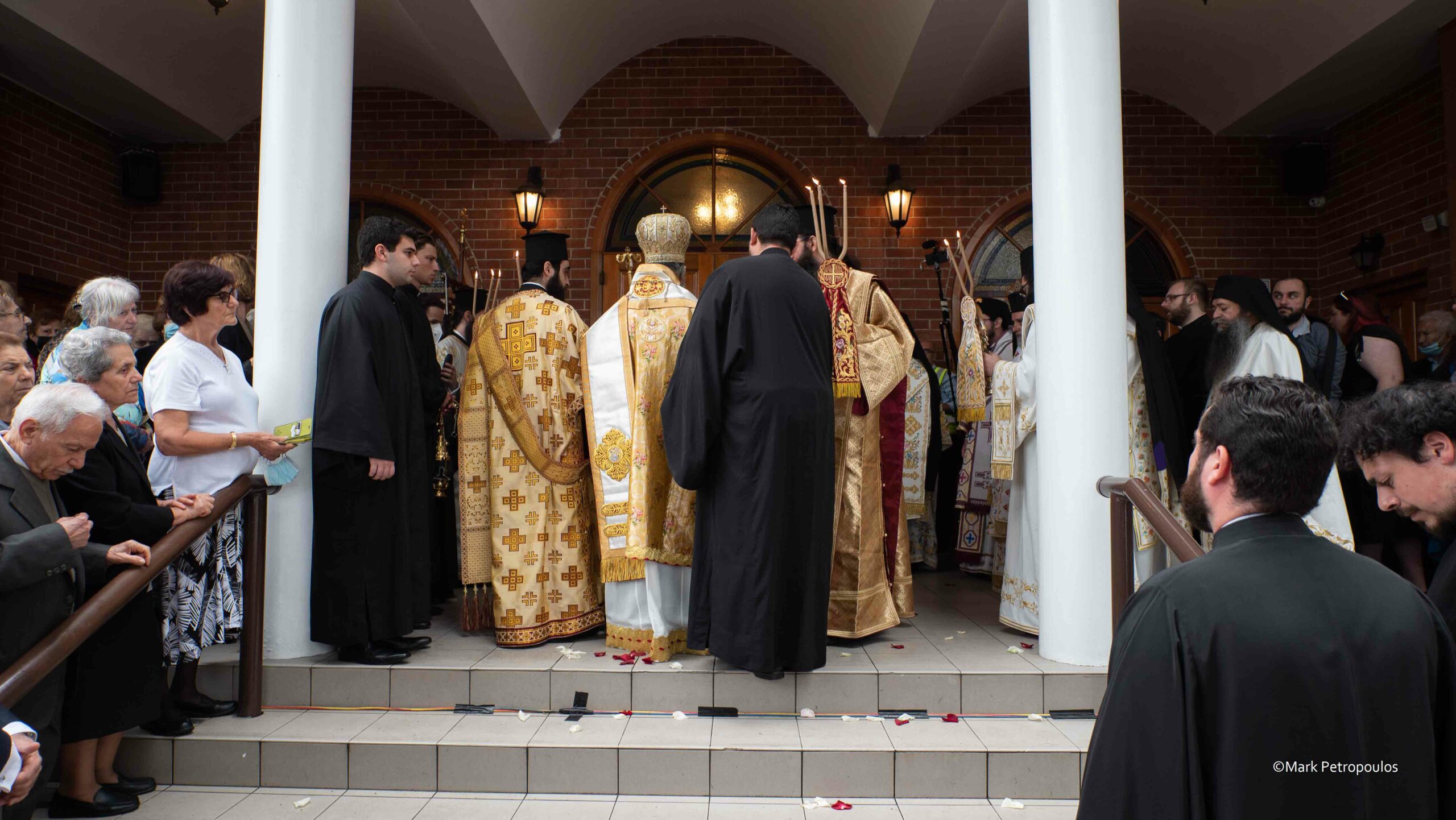 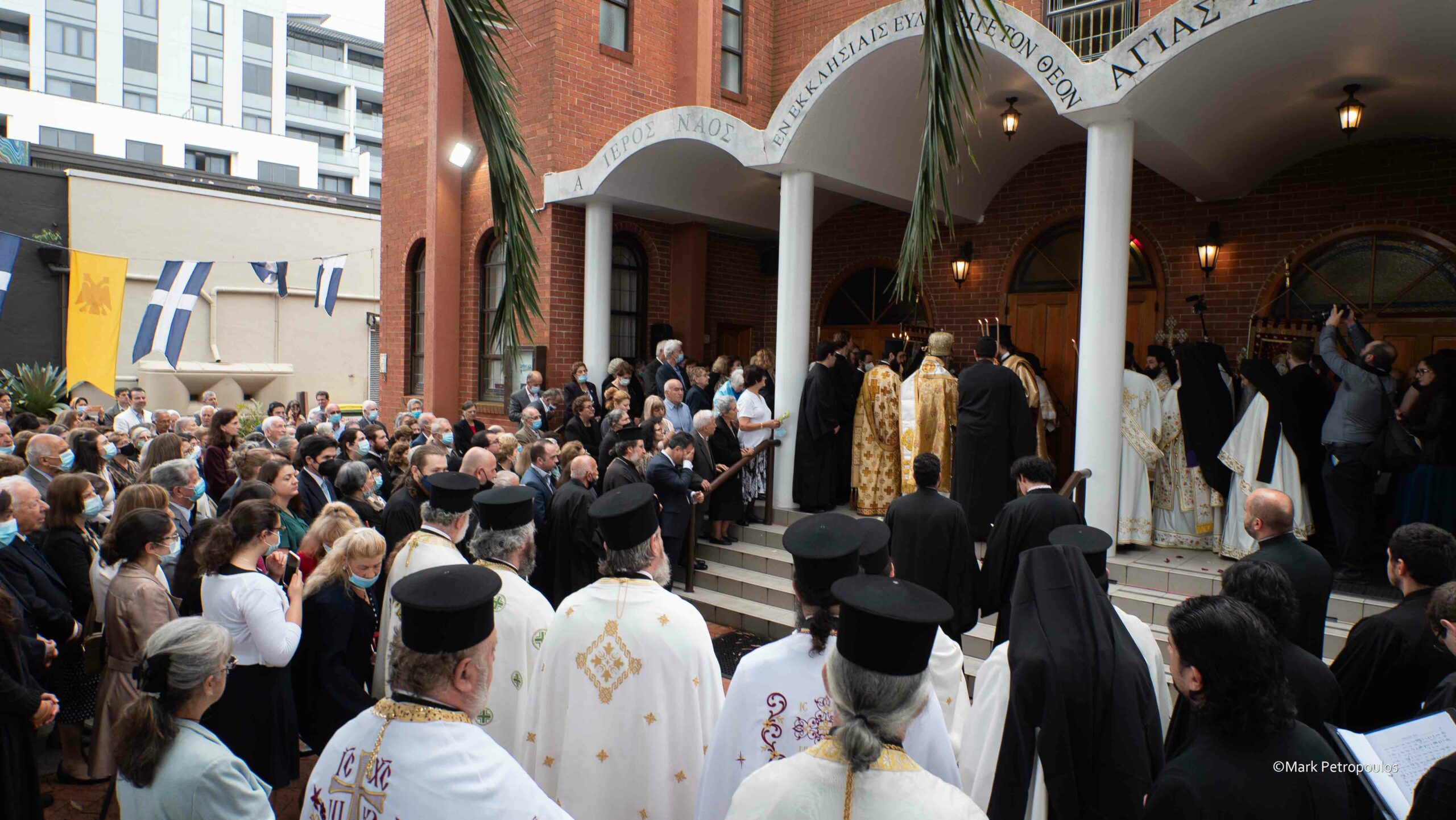 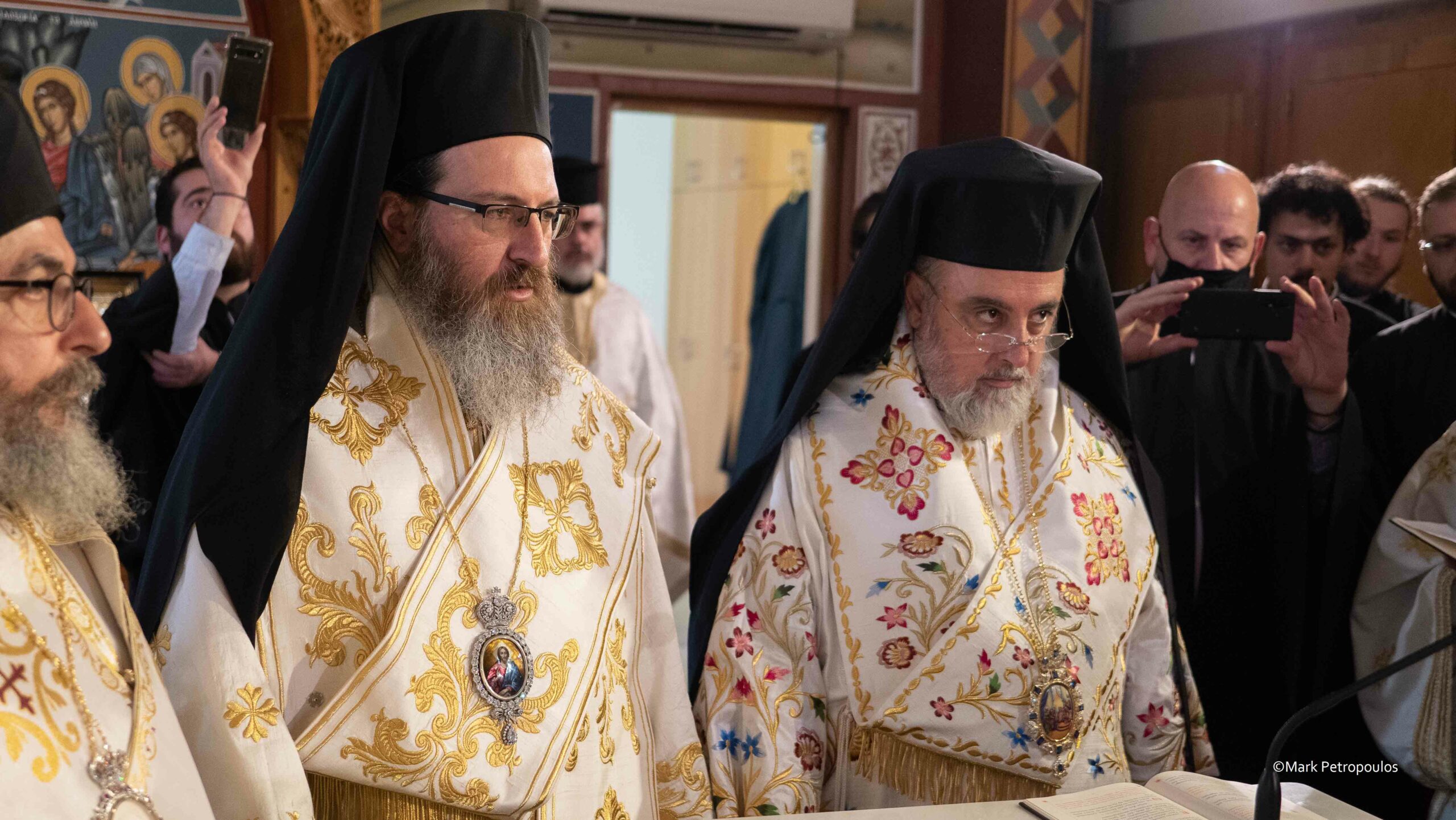 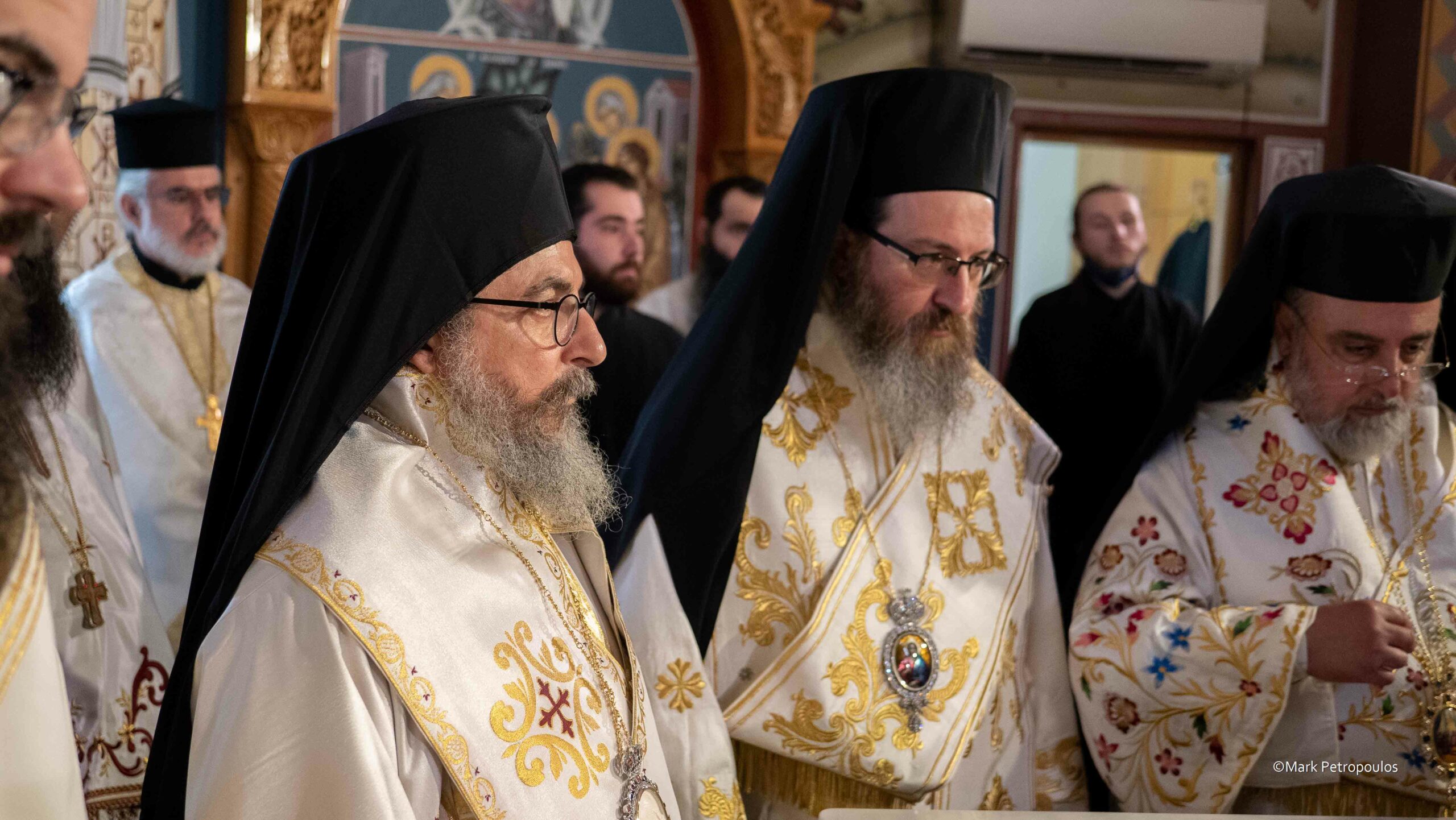 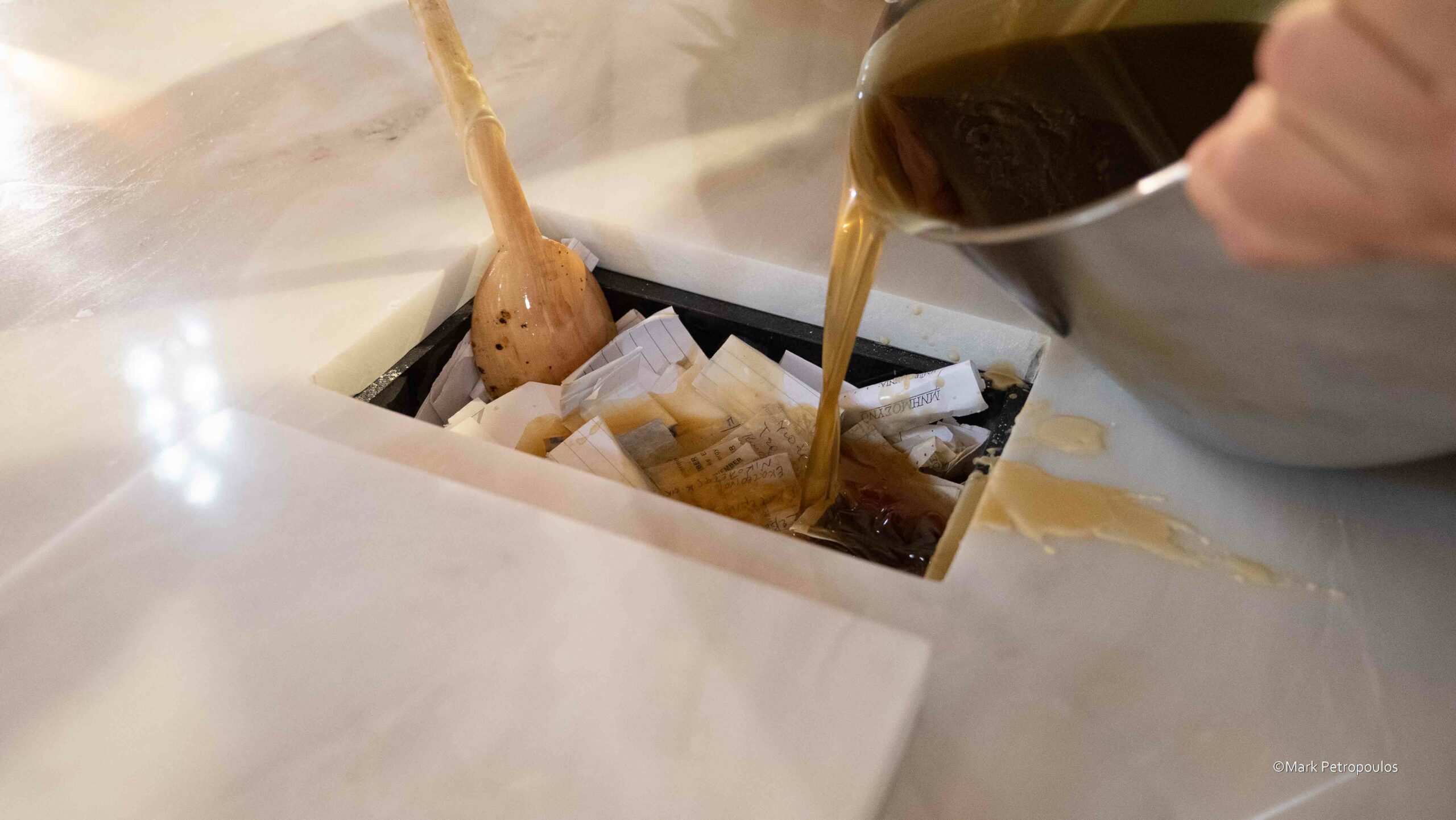 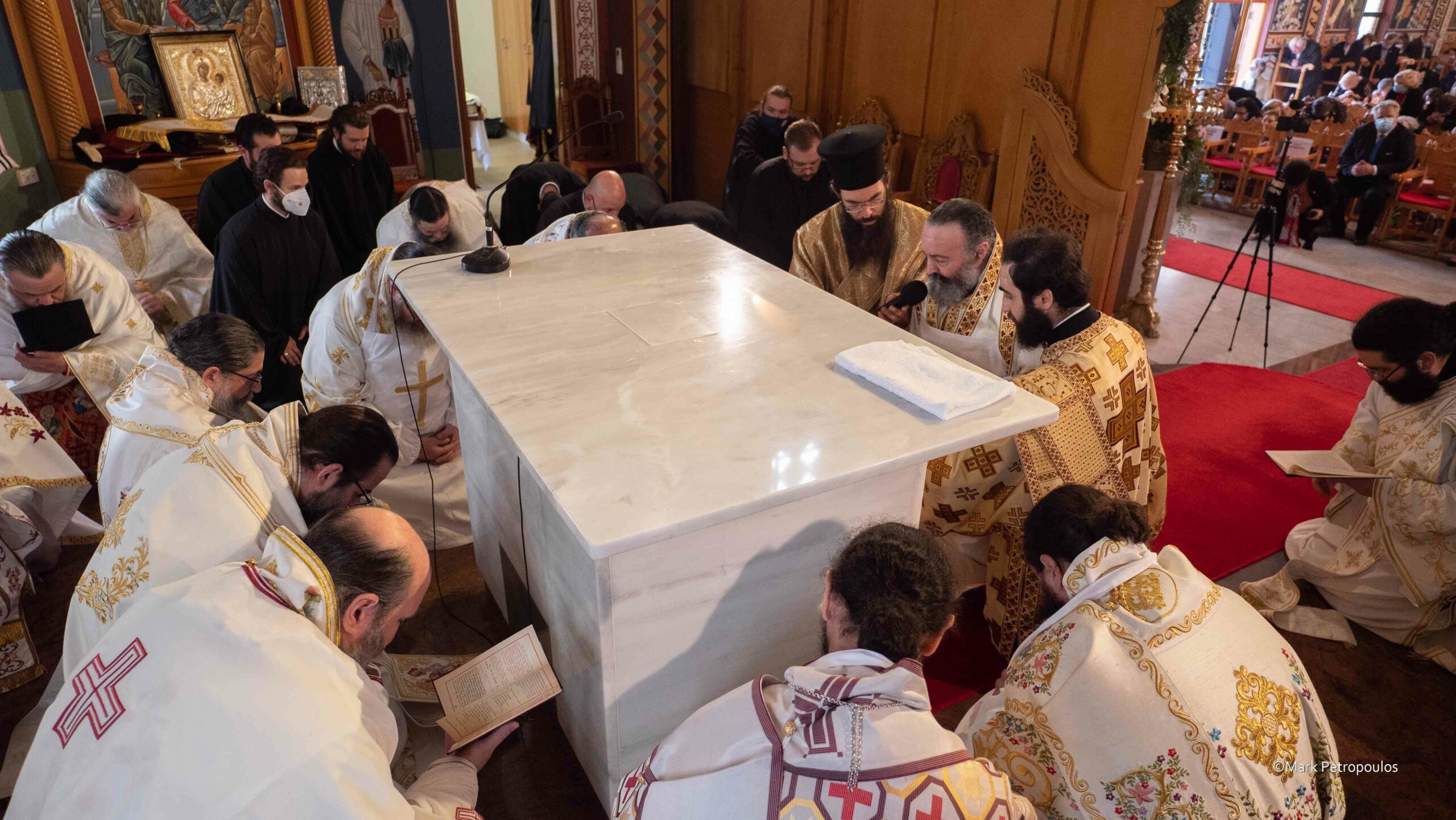 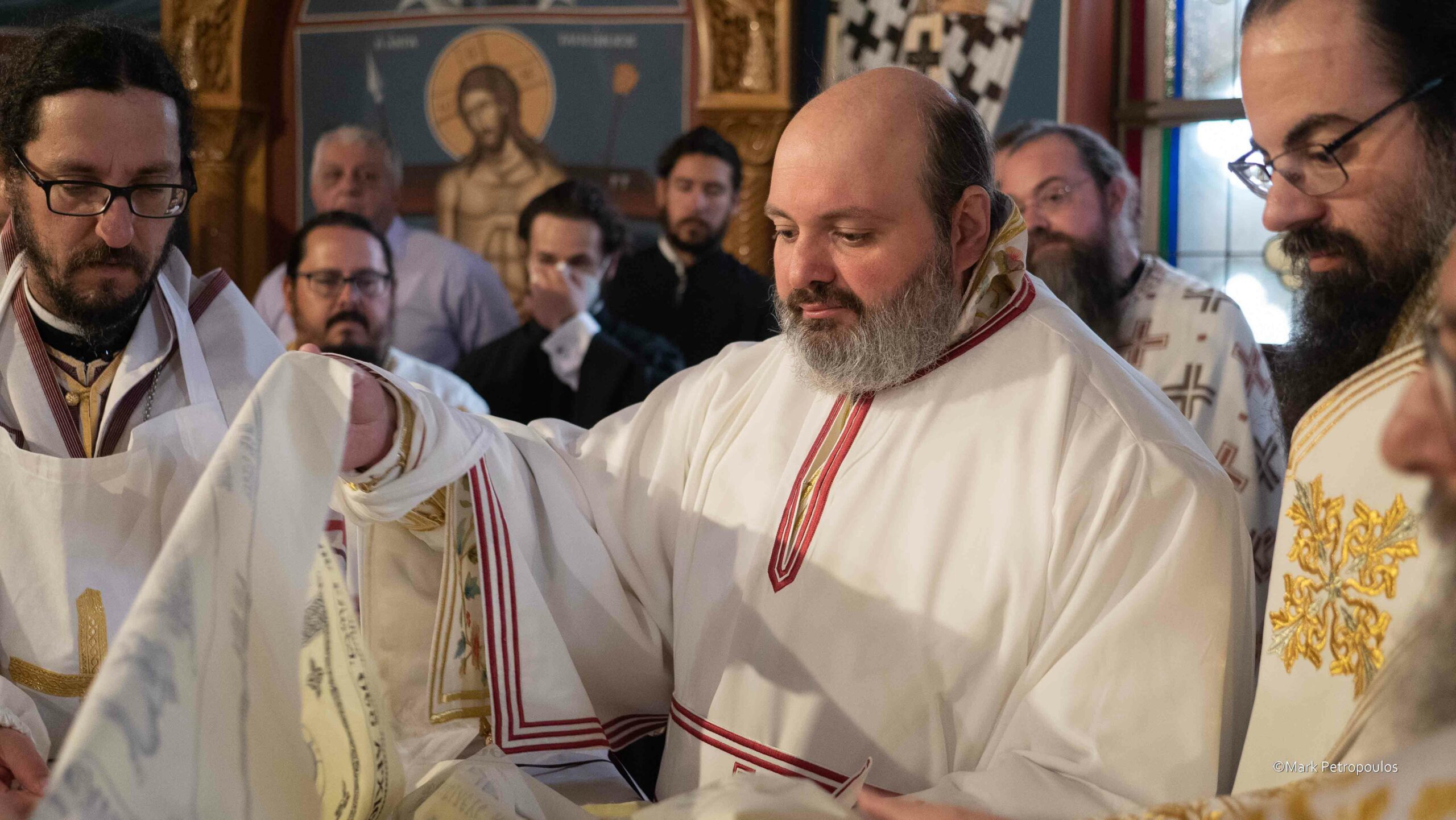 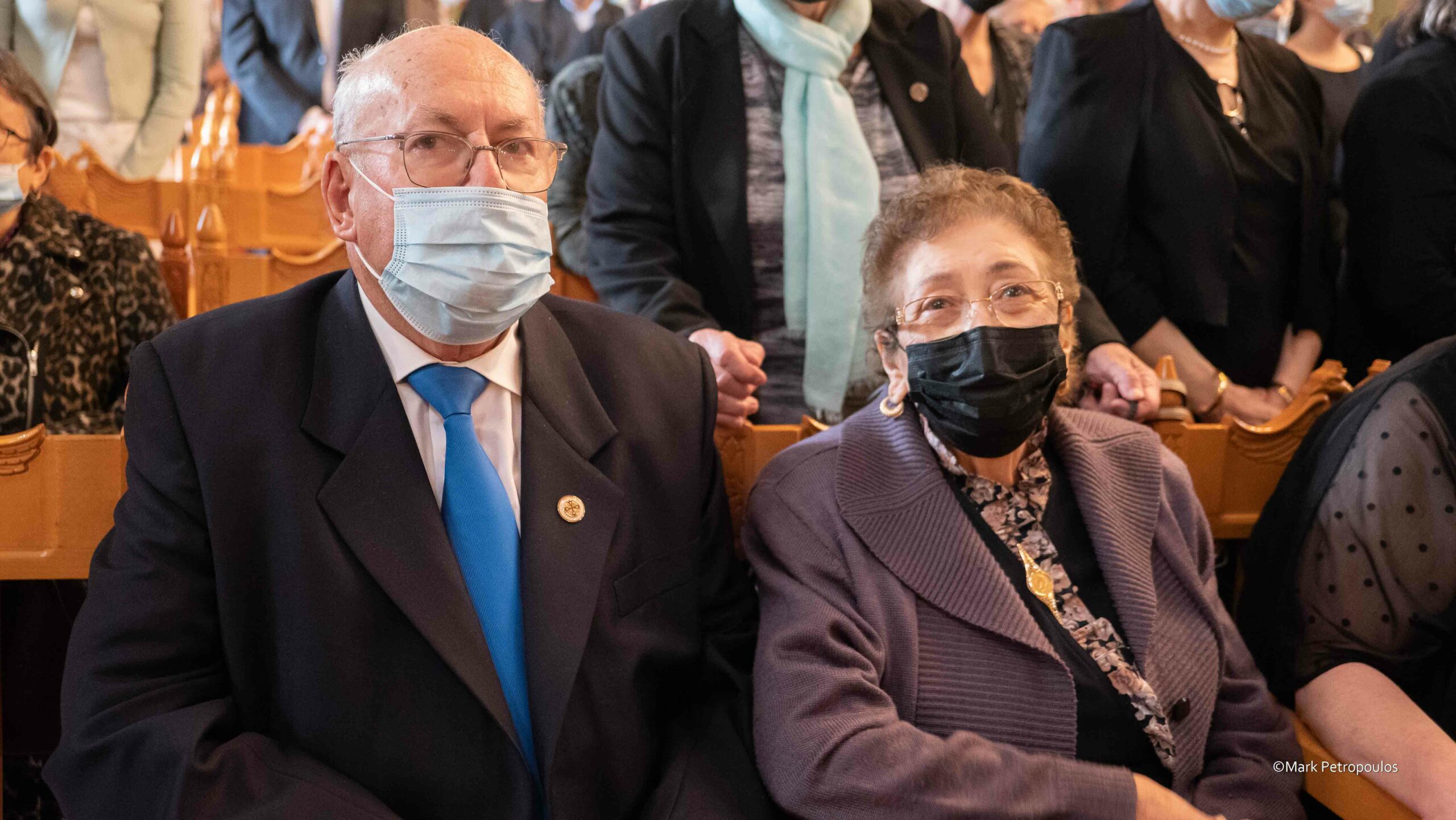 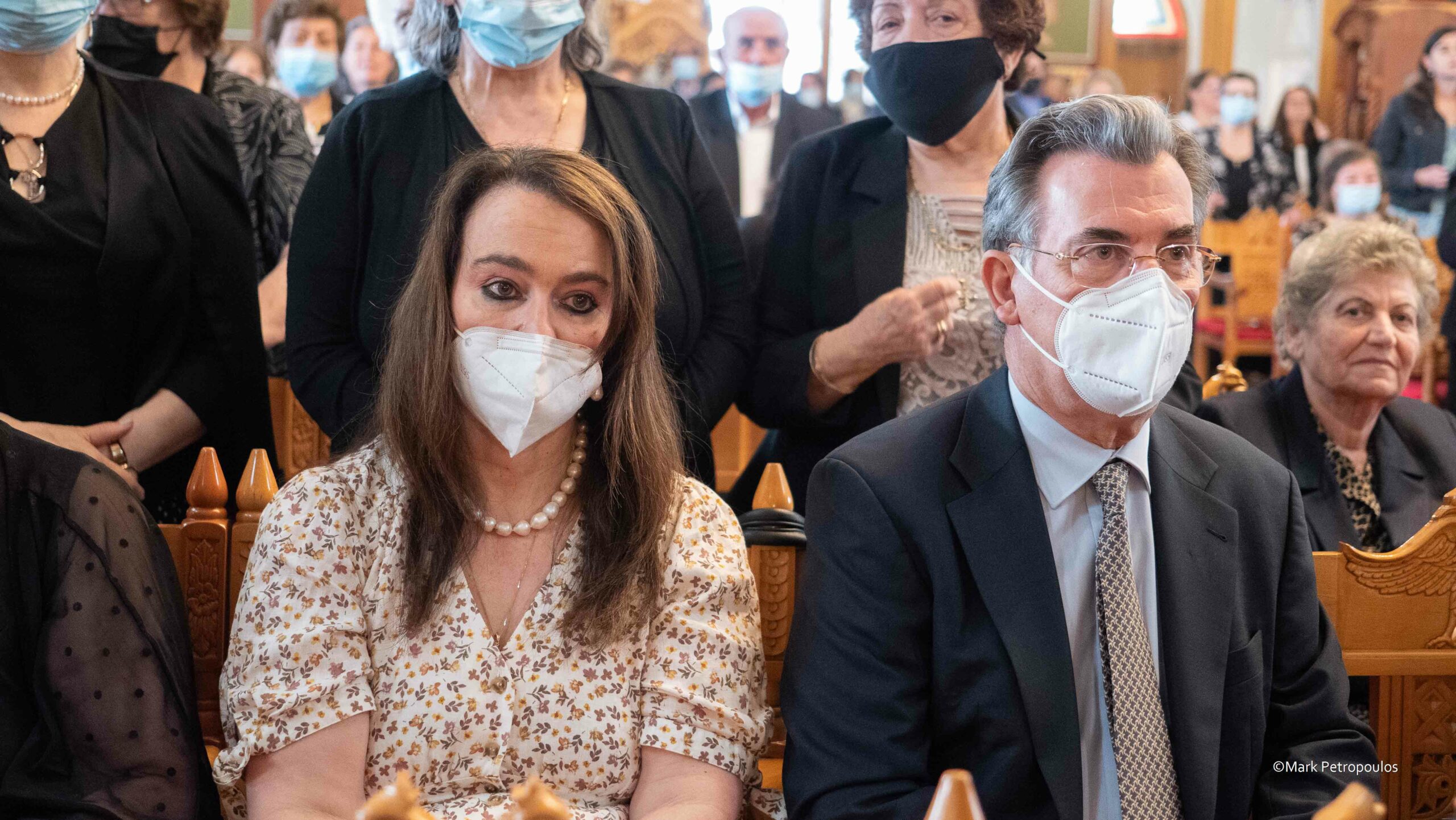 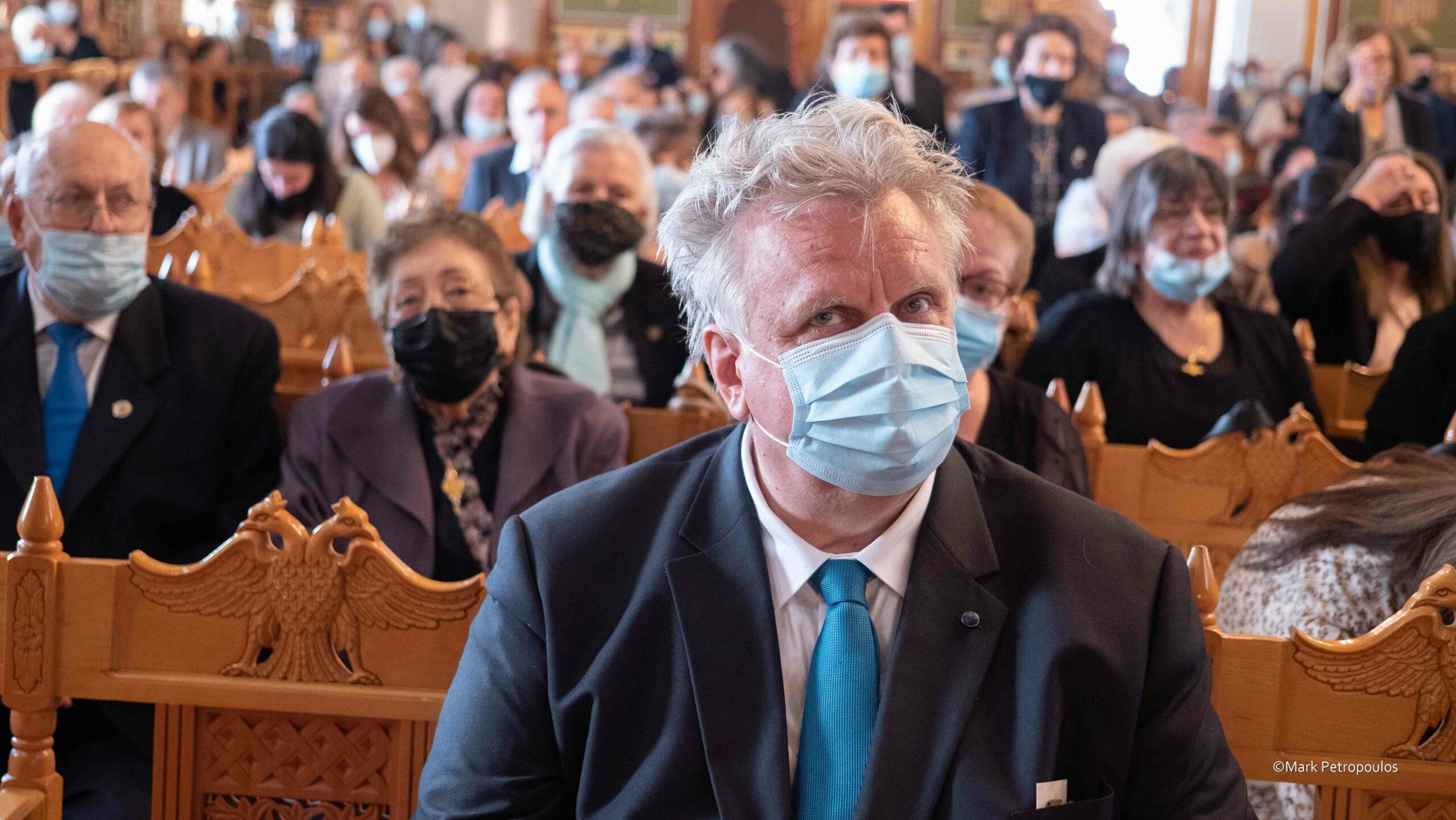 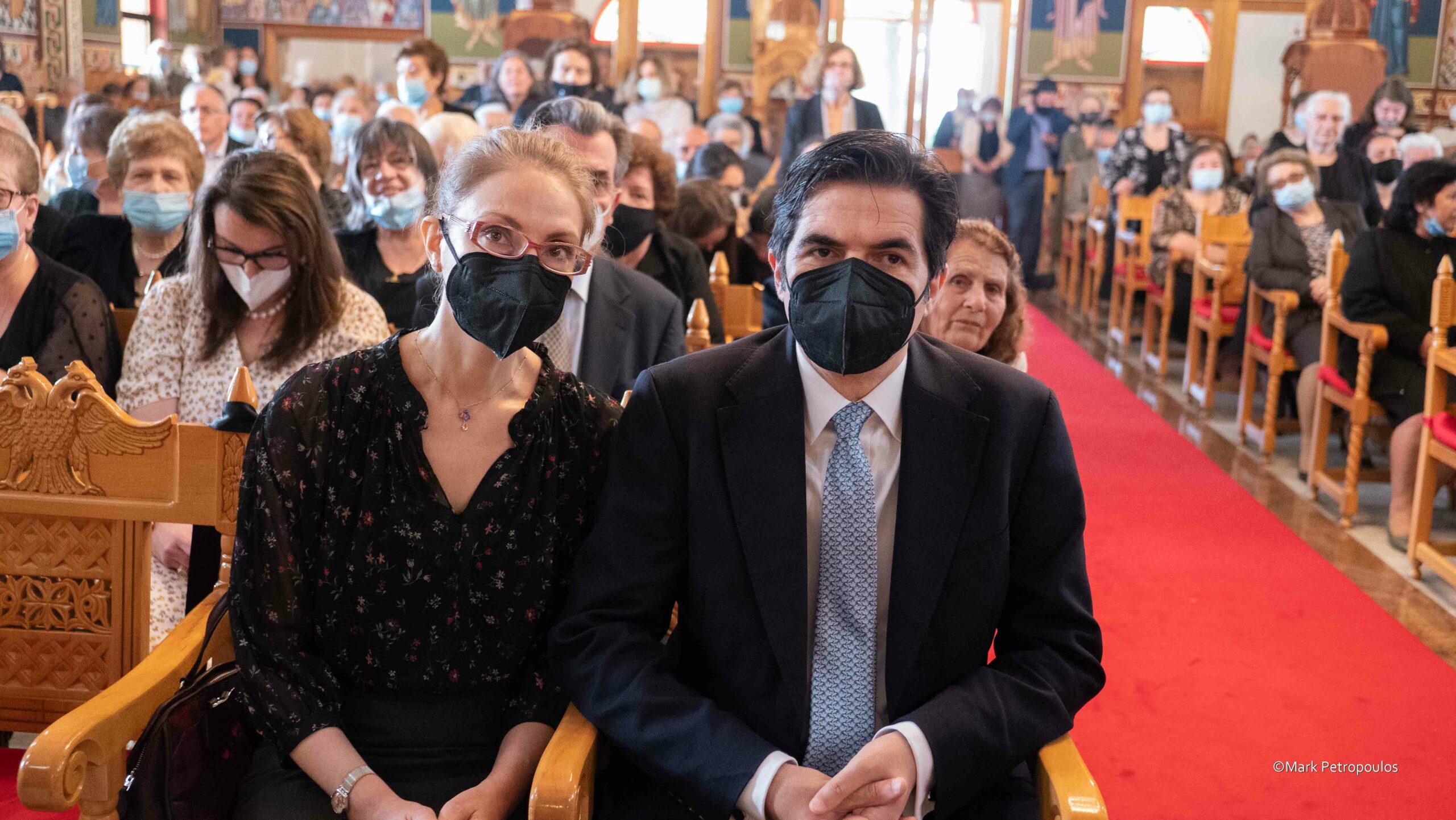 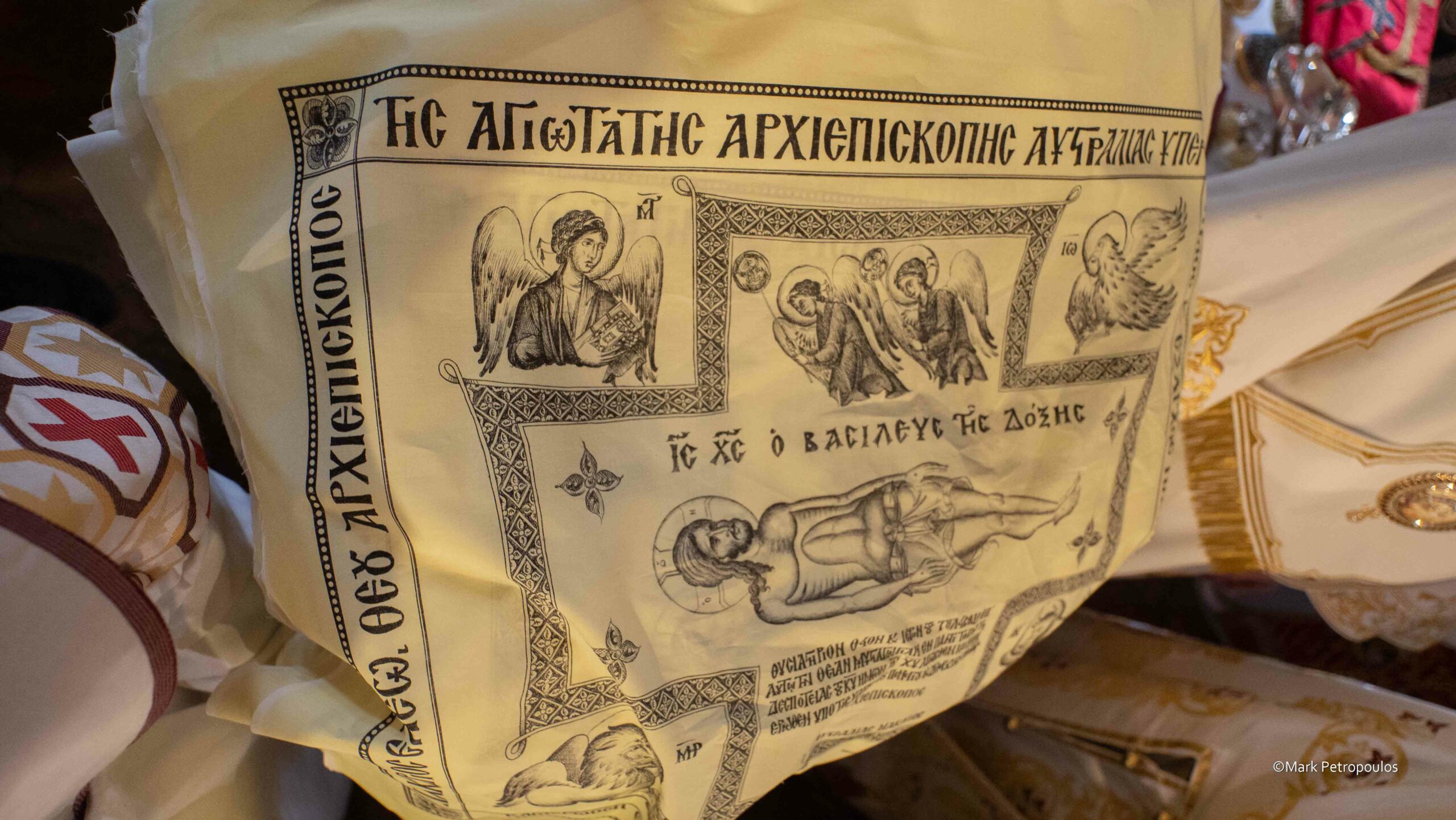 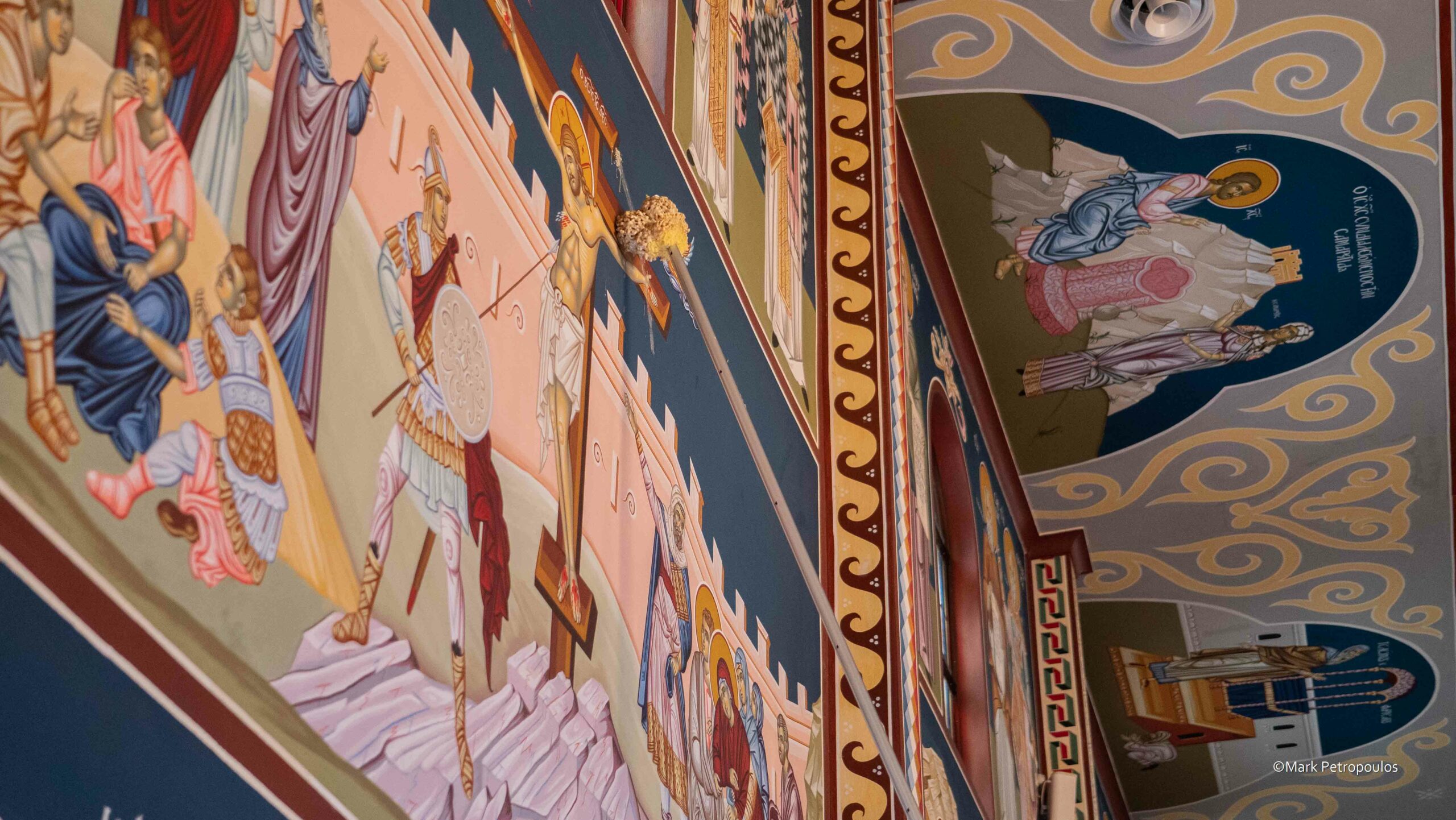 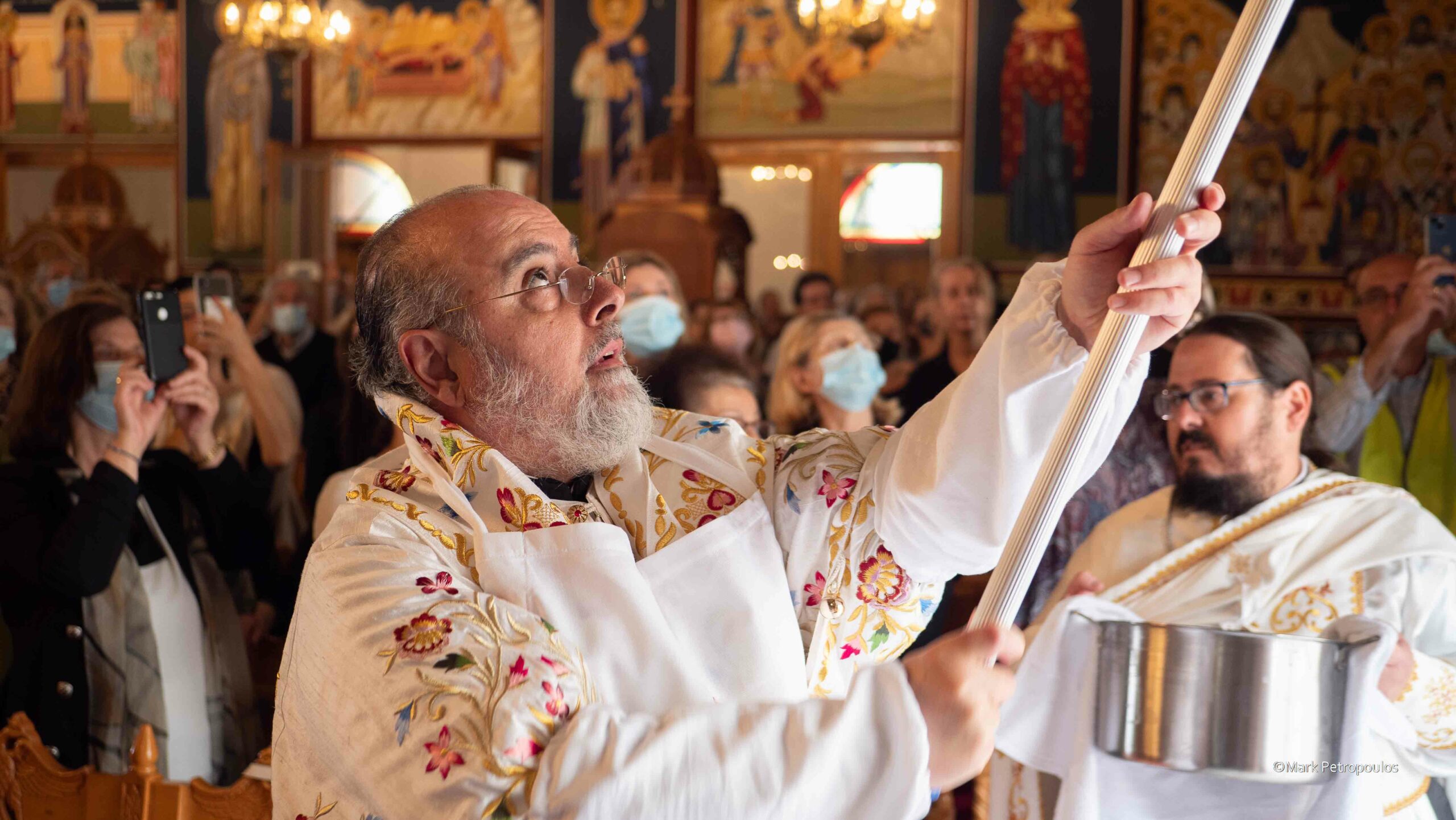 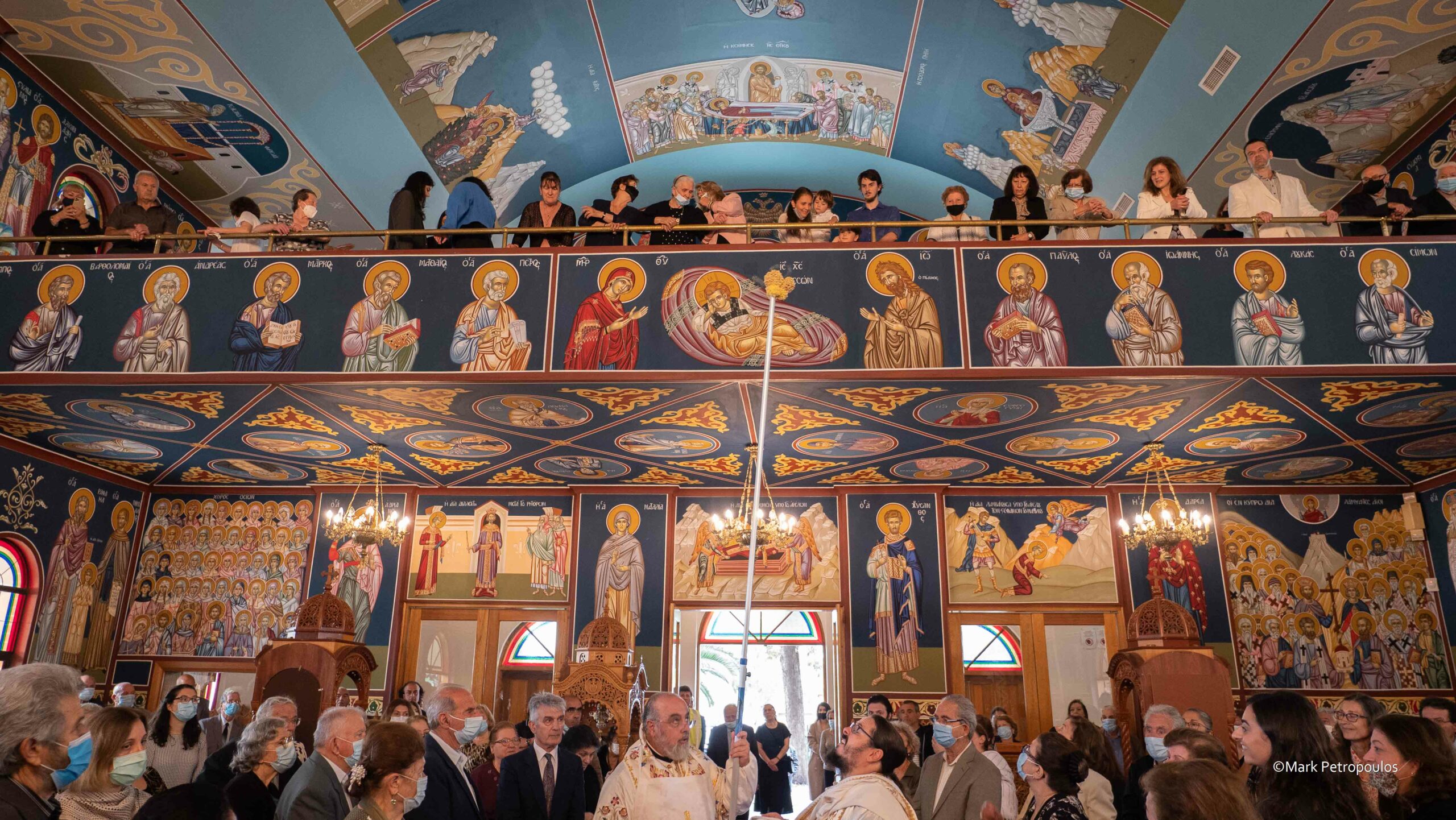 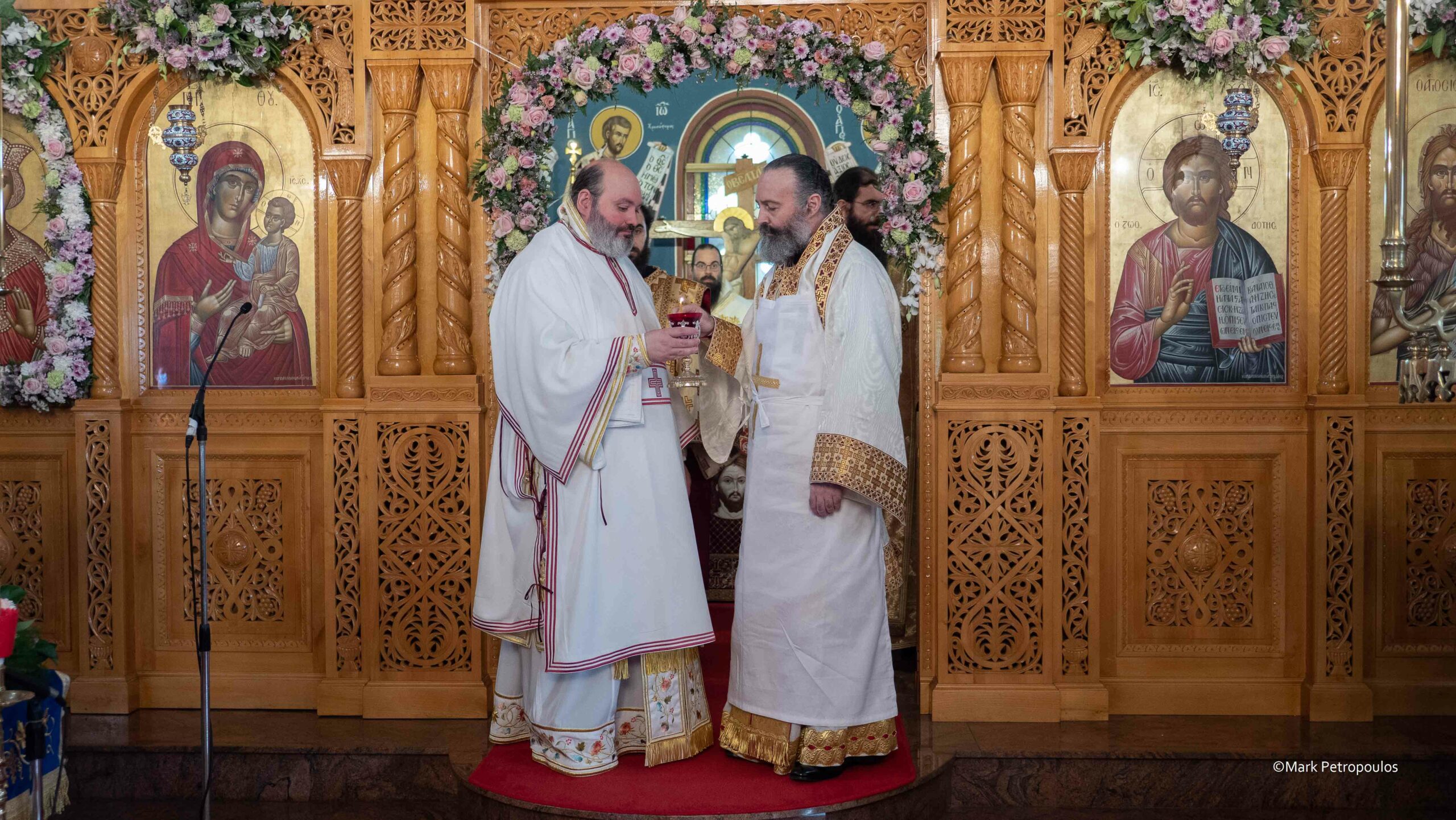 On Sunday, October 2, 2022, the Feast of the Exaltation of the Holy Cross was celebrated in the Holy...

The new High Commissioner of the Republic of Cyprus to Australia, Antonis Sammoutis made a visit to the headquarters...