Senator Lou Raptakis: Joe Biden is well aware of the issues of Greece and Cyprus

“The role of the Greek Diaspora was and remains extremely important for the defence and promotion of our national rights. We justifiably feel special pride when our compatriots, such as Mr. Raptakis, manage to excel abroad and occupy high positions in the political hierarchy of the countries they are leaving and at the same time continuing to honor their roots. “

That among others was underlined by the Secretary General of the Interparliamentary Assembly of Orthodoxy (IAO), Maximos Harakopoulos, after the meeting he had with the President of the World Interparliamentary Union of Greeks (PADEE), Greek-American Senator of the State of Rhode Island Lou Raptakis, who is in Athens for contacts with the Greek political leadership.

During the meeting between the two men, Maximos Harakopoulos briefed the senator in detail on the initiatives taken by the DSO to raise international public awareness on the conversion of Hagia Sophia into a mosque by the Turkish leadership.

As part of the campaign to overturn this unacceptable decision, the head of DSO asked the president of PADEE to coordinate the actions of the two organizations. Maximos Harakopoulos also asked for the assistance of the institution led by Leonidas Raptakis on the issue of persecution of Christians in many parts of the world, especially in the Middle East, where the goal is the return of Christian refugees to their ancestral homes.

On his side Leonidas Raptakis pointed out, among other things, that PADEE as its main mission has to promote Greek law and will do so in the near future. In addition, he noted that the president of the USA, Joe Biden is well aware of the issues of Greece and Cyprus, saying that the US is very close of recognizing the Armenian Genocide, a request of many decades, which seems to be coming true. 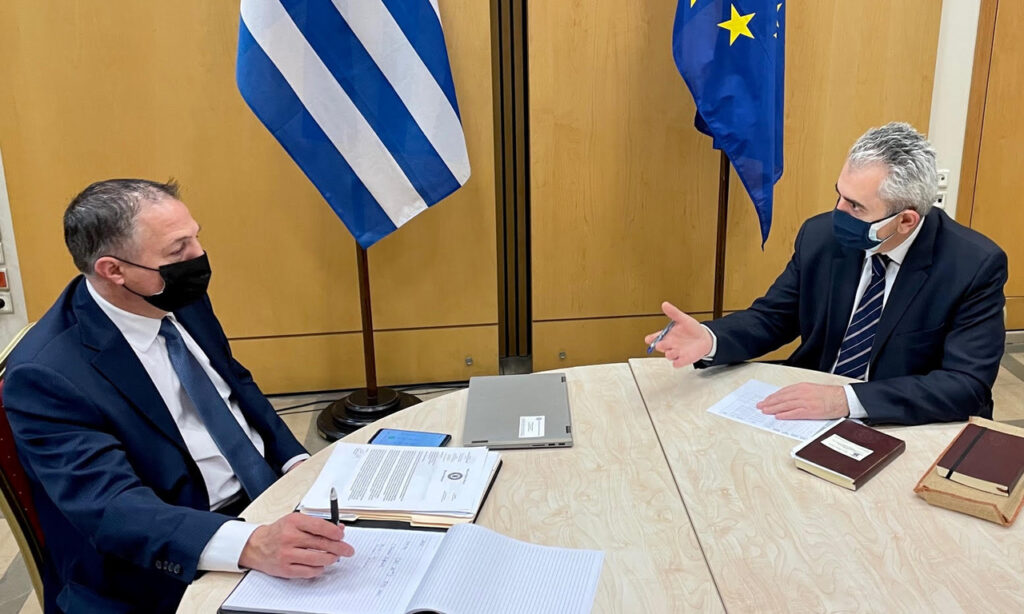 Australia: Exhibition of traditional costumes is organized for the anniversary of the Greek Revolution

The Greek diaspora in Germany and the United Kingdom