The Church of the Russian Armed Forces, dedicated to the Resurrection of Christ, was inaugurated on Sunday without Putin, either as a mural or as a physical presence. The church, built “by donations”, is located in the suburbs of Moscow, in the so-called “Patriot” armed forces park. 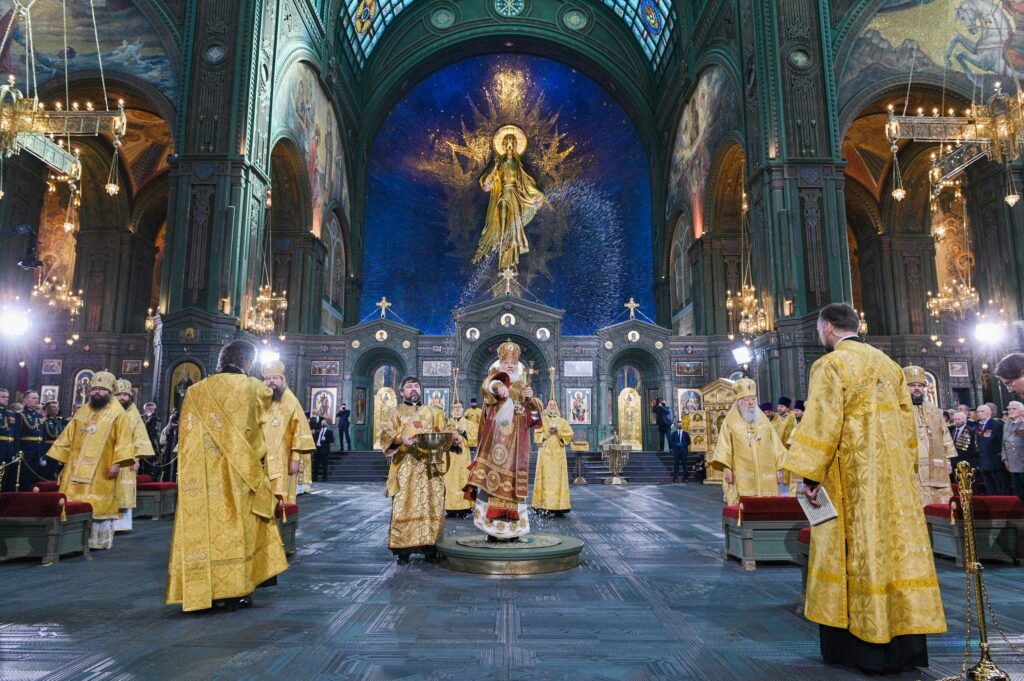 Apart from the mosaic depicting Putin, there were no mosaics with other politicians either nor with Joseph Stalin which -according to reports- had been designed to be included in the decoration of the temple.

Vladimir Putin did not attend the inauguration as, according to his spokesman Dmitry Peshkov, “there were other reasons.” In the “history section”, next to the temple, among other things, will be exhibited the hat and armor of Adolf Hitler, which were taken as “booty” by the Soviet soldiers in 1945.

The opening of the temple was scheduled for May 9, the day Russians celebrate the end of World War II, but was postponed due to quarantine. 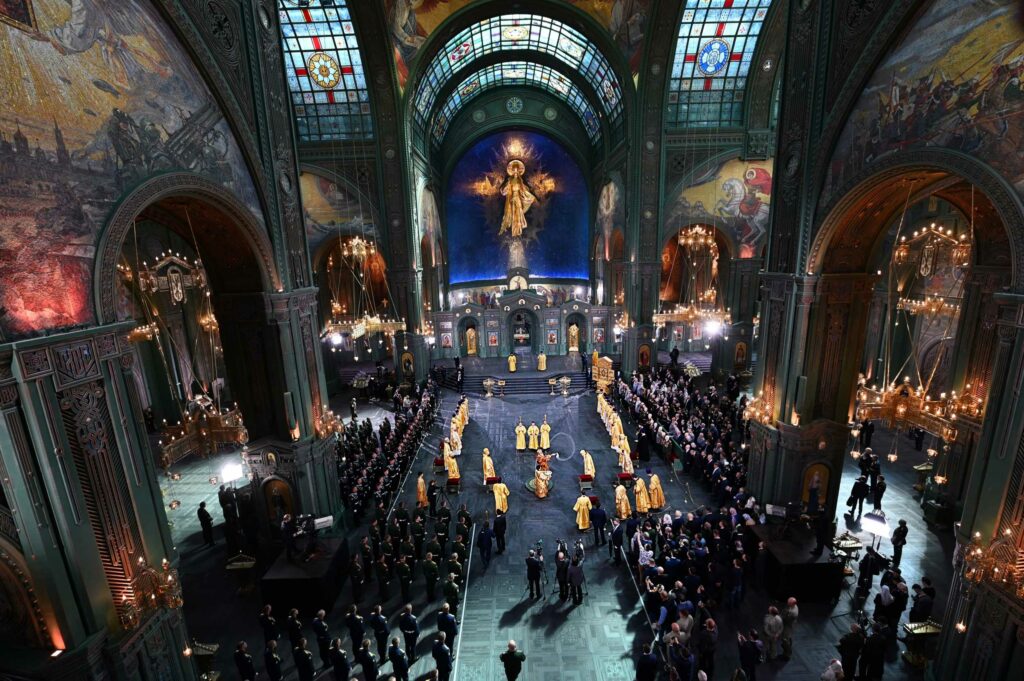 According to the Media, the construction of the temple cost 6 billion rubles (76 million euros) and was completed in two years. Although official sources say the cost was covered by donations (among the donors a number of people are mentioned, such as directors Emir Kousturica and Nikita Mikhalkov), Russian media reported that the donations covered half the cost and the rest was donated by the Moscow local authorities. 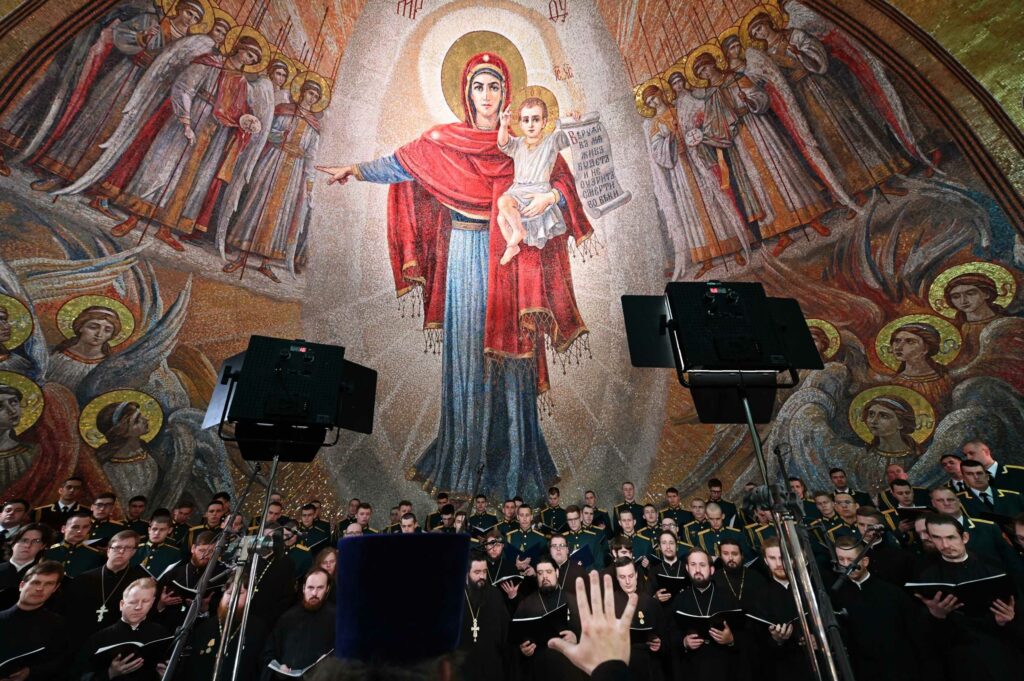 The builders of the temple, as is often the case in Russia, included many symbolic elements in its construction. For example, the diameter of the base of the main dome is 19.45 meters, as a reference to the expiration year of the World War II. The height of the bell tower is 75 meters, because the inauguration was planned for the 75th anniversary from the day of the victory in the Second World War.

The height of the small dome is 14.18 meters, as a reference to the days of the war in the USSR. In the construction of the staircase at the main entrance of the temple, a metal alloy was used, where there were parts of Nazi tanks, while in various parts of the temple there were frescoes with the military history of Russia. 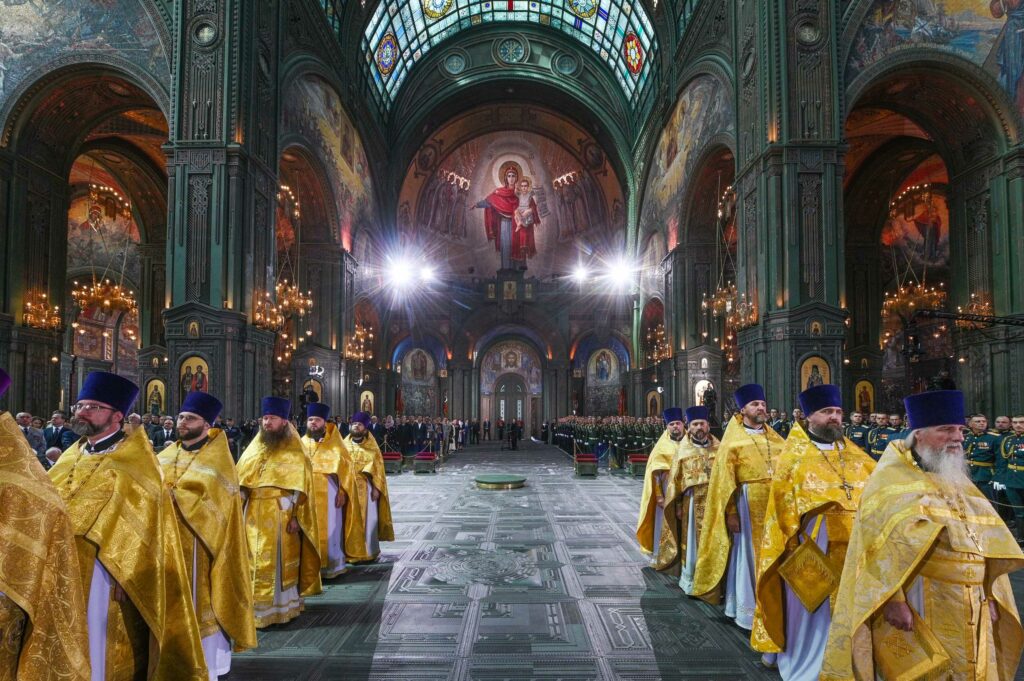 Prior to the inauguration, reports said that among the images that would adorn the temple would be one that referred to the illegal occupation of Crimea by the Russian army in 2014. However, no such mural was found.

Following the televised ceremony, which was led by Patriarch Kirill of Moscow, there were several reactions from believers in Russia and abroad. 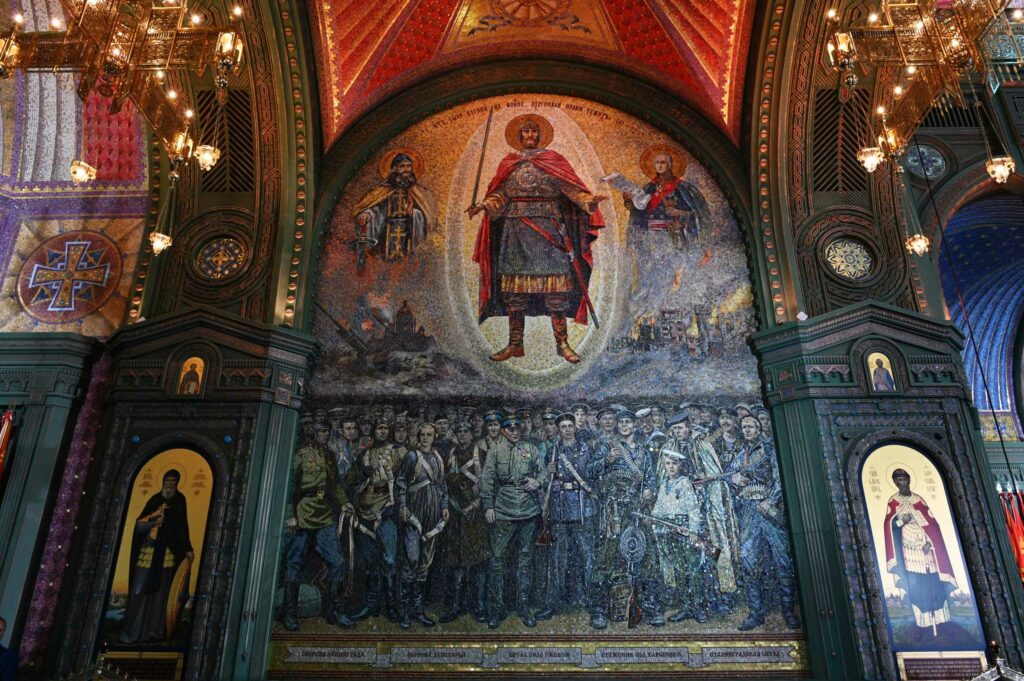 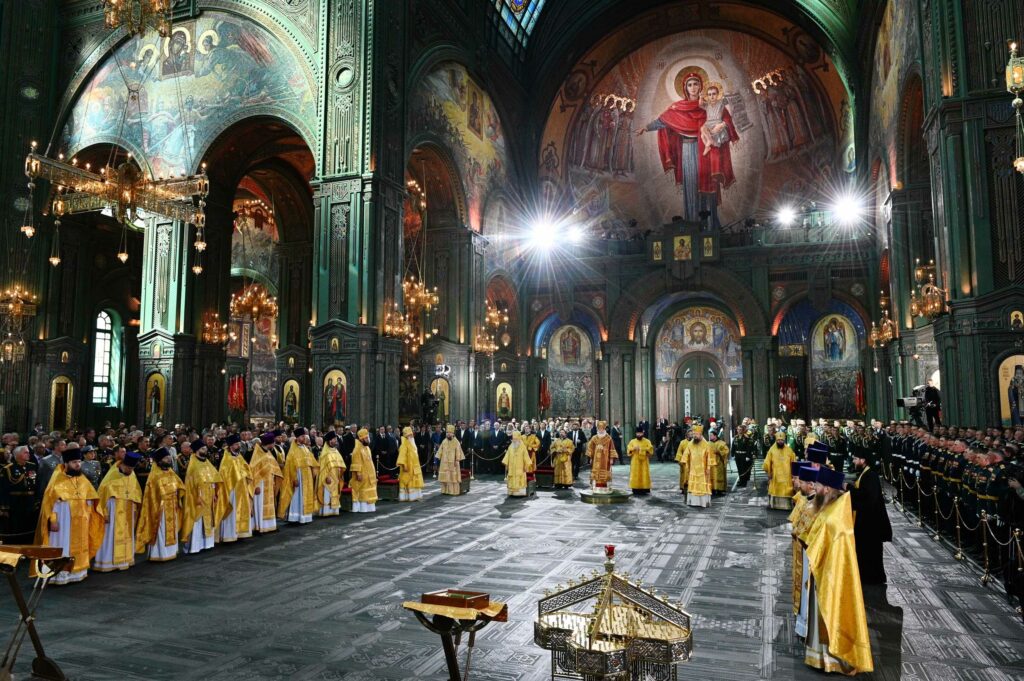 Patriarch Kirill was exempted from the EU sanctions against Russia

Kirill to Onufriy: There is no autonomy without my approval

“Successor” Volokolamsk distances himself from Patriarch Kirill of Moscow

The European Commission is proposing sanctions against Patriarch Kirill of Moscow

The Archbishop of America visited Boston this weekend (video)