On Monday, May 3, Archbishop Makarios of Australia presided over the Divine Liturgy at the Holy Monastery of St. George in Yellow Rock, New South Wales.

The Archbishop was accompanied by Bishop Iakovos of Militoupolis, the monastic fraternity, and the Abbot of the Monastery, Archimandrite Ieronymos. During the Divine Liturgy, in an atmosphere of spiritual joy for the Brilliant Resurrection of Christ, as well as for the feast of the patron saint of the Holy Monastery, the Archbishop of Australia performed the ordination of the Monk Fr. Paisios Hadjigeorgiou to the Holy Diaconate.

The Archbishop of Australia, after praising the virtues of Fr. Paisios, making special mention of his love for the Holy Monastery of St. George, pointed out that “love and unity are necessary solitary qualifications and constitute the quintessence of monasticism”.

Afterwards, the Archbishop described at length the life of the glorious Saint Martyr George the Trophy Bearer, emphasizing the courage and boldness with which he confessed his faith in Christ, before the emperor Diocletian, a fanatical persecutor of Christianity. He also referred to his brave mind and the fact that he remained steadfast in his faith, even though he was imprisoned and handed over to a series of cruel tortures, and while at first, he had rejected honors and positions that would be given to him if he sacrificed to idols.

Concluding the description of the life and struggles of St. George, the Archbishop noted the messages that emerge for modern Christians, while addressing the new Deacon personally, emphasized that monasticism is not a matter of the book, but a revelation of the mystery of God through experience and will.

Concluding, he paternally urged Fr. Paisios to sacrifice himself as a minister daily with sincere love, following the example of Christ and the Saints of our Church. “But I warn you that there is nothing more painful than having the love of Christ in this world,” he hastened to point out, “This leads to a struggle of enormous proportions.” And when we decide to follow Christ through love, then every day of our lives becomes Golgotha, that is, it becomes a day of suffering, tears, and pain. But the joy of crucified love is what we live with the Resurrection. Praise God with all your being. Do not be afraid, do not be disappointed, do not rejoice in the pain and trials of every day. Christ conquers, the resurrection is here, the kingdom of God is within us.”

It is noted that the High Commissioner of the Republic of Cyprus, Martha Mavrommatis, several pilgrims, as well as the fraternities of the Holy Monasteries of Panagia Pantanassa and Timios Stavros attended the Divine Liturgy at the celebrating Holy Monastery of Saint George. 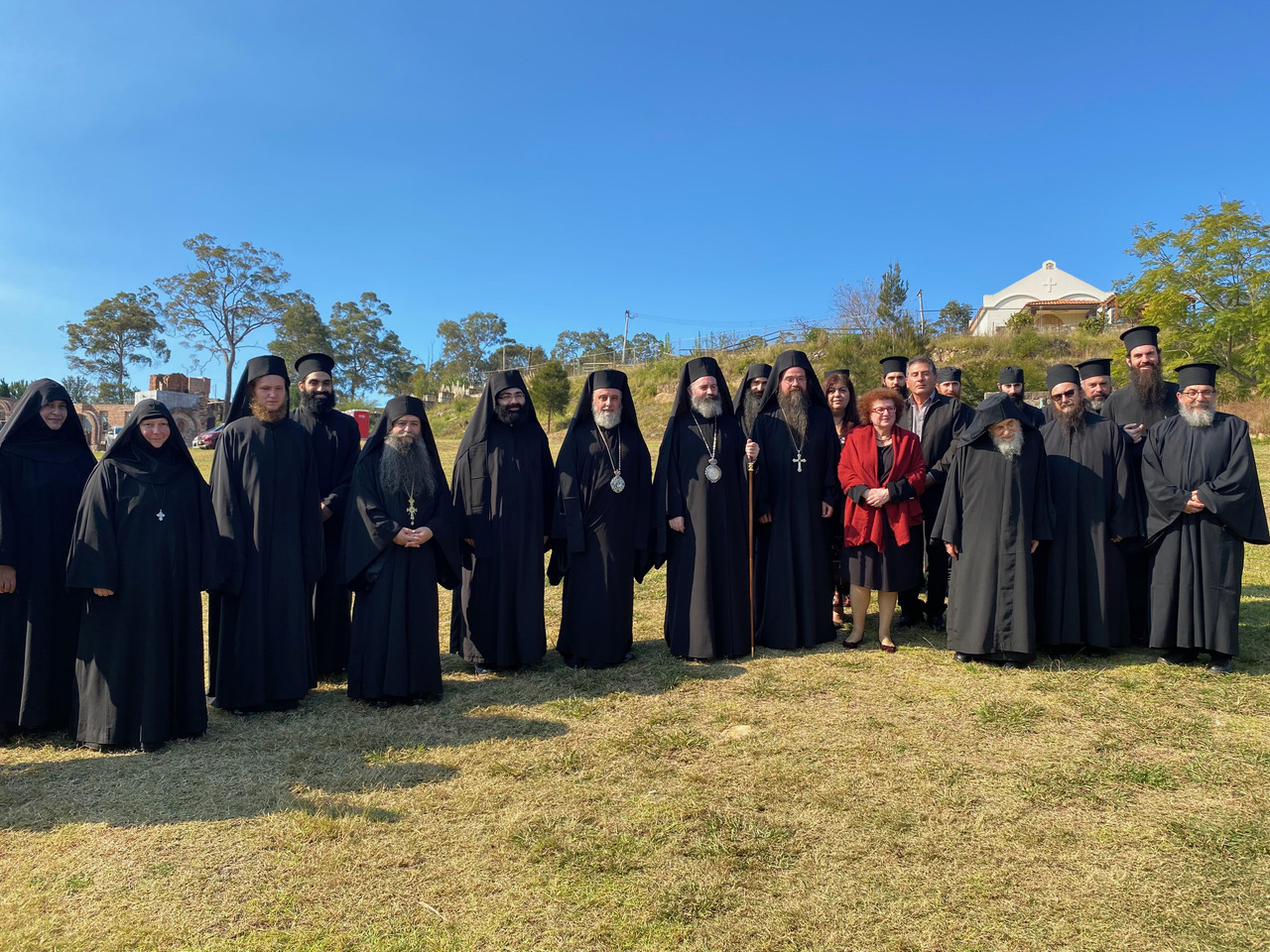 Holy Week and Easter in Qatar