Ordination of Deacon by the Archbishop of Australia in Northcote, Victoria

While a pastoral visit to the Archdiocesan District of Northcote in Victoria is being made by Archbishop Makarios of Australia, on Sunday morning, 22 January 2023, the Archbishop officiated at the Archdiocesan Church of “Axion Estin” and conducted the ordination of subdeacon Dimitrios Katopodis as a Deacon.

“You accept the gift of the priesthood at the maturity of your age after you have served our holy Church from the holy chanting stands and from wherever else you were called with zeal and self-denial, with a willingness and spirit of ministry”, he noted, addressing the ordinand, and pointed out to him: “However, the priesthood is something else, it is a gift that requires greater fidelity, more dedication, more painful sacrifices, and efforts.” “The priesthood is intertwined with tribulations and trials,” he continued, “but always have the conviction in your heart that through tribulations and patience you will receive the rich grace of the Holy Spirit and the fruits of your ministry will be “love, joy, peace, longsuffering, kindness, goodness, faith, meekness, self-control” (Gal. 5, 22-23)”.

The Archbishop’s paternal advice to the new deacon was to follow the teaching of the Apostle Paul and to be a model and an example for the faithful – both in words and in behavior and in love and in spirituality and in faith, but also in the purity of life. “The life of the cleric, your life, must be so-called “transparent” and your house “glass”, the Archbishop emphasized to him, “and, if you walk in this way on the difficult path of your ministry, then “everyone may see your progress.” (I Tim. 4, 15) and the Church will be built and those who surround you will benefit from your example and your morals”.

First, the ordinand declared his desire to freely and consciously climb the steps of the Holy Altar and feel the miracle of the priesthood. “It is exactly this miracle that has carried me along and shocked me since my childhood”, he characteristically pointed out, while in front of his Shepherd, he promised him: “I will try, with your inspiration and your fatherly guidance, to study the reality of the world, to know its structure, to discern its aims and to enter into its deepest woes and problems. And at the same time to remain a “stranger”, to constantly become, with all my presence and attitude, the minister of the message of Salvation, the servant of the Gospel truth and the visionary and guide of eternity”.

Moved, the new deacon thanked all those who participated in his divine cultivation, including Bishop Evmenios of Kerasounta, Archimandrite Tychon, Abbot of the Holy Monastery of Stavronikita of Mount Athos, and Father Spyridon Bonias, his Spiritual Father, as well as Father Spyridon Vandoros and Father Synesios Frangos. He also remembered his late parents, Thomas and Taxiarchoula, while he thanked all the members of his family for the love and support they provide him, including his wife, Dionysia, and his daughter, Taxiarchia.

Concluding, he addressed Archbishop Makarios with words of filial love and respect, stating among other things: “You are the real father who embraces, supports, and protects his children. You teach us, and you emphasize it in every word, that with love and unity, we can move forward on our path towards Christ. I will always be inspired by your apostolic work, your love, and your sacrifices and I will always be near you as a deacon, supporter, and helper”.

At the end of the Divine Liturgy, the new Deacon received the congratulations and warm wishes of the faithful who attended the Divine Liturgy, among whom was the Greek Federal Member of Parliament Maria Vamvakinos, the Consul General of Greece in Melbourne, Emmanuel Kakavelakis, the President of the Intercommunity Council of Victoria, Tony Tsourdalakis, the President of the Greek Community of Melbourne, Vasilis Papastergiadis, and the brother of the Ecumenical Patriarch, Nicholas Archontonis. 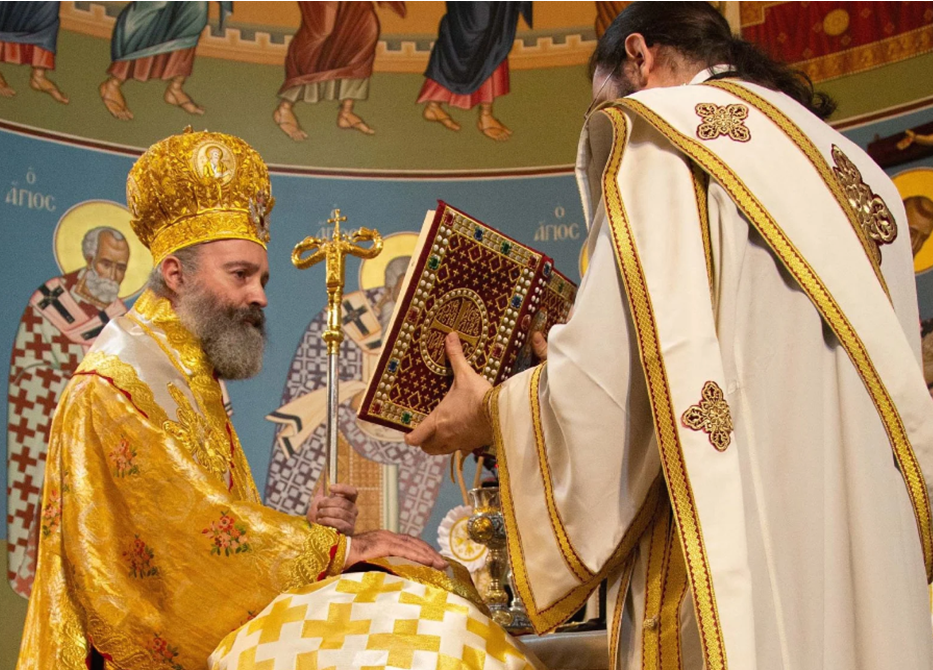 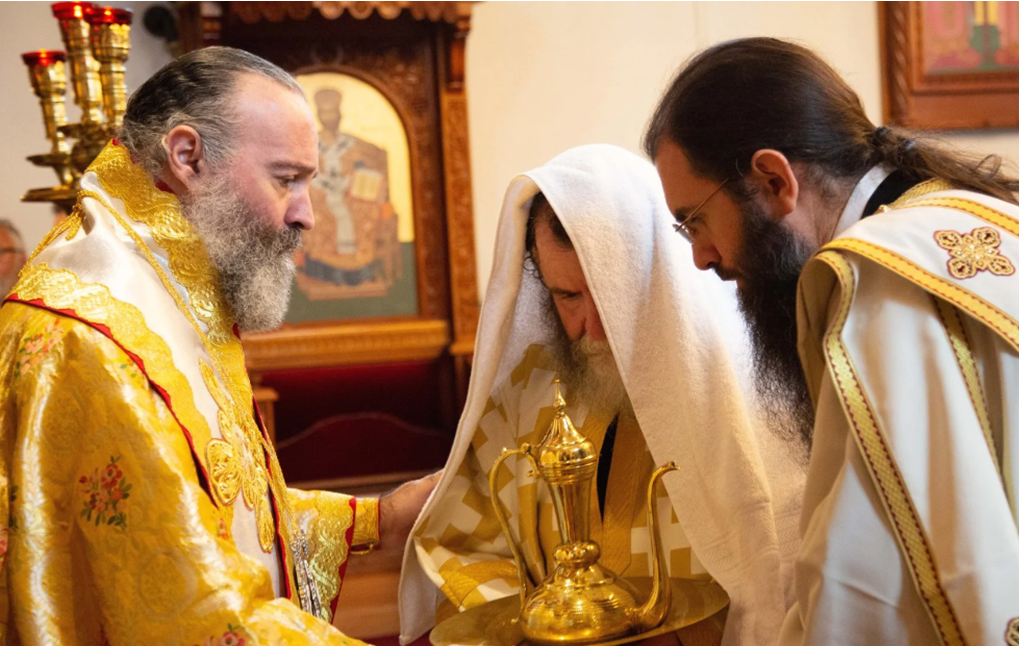 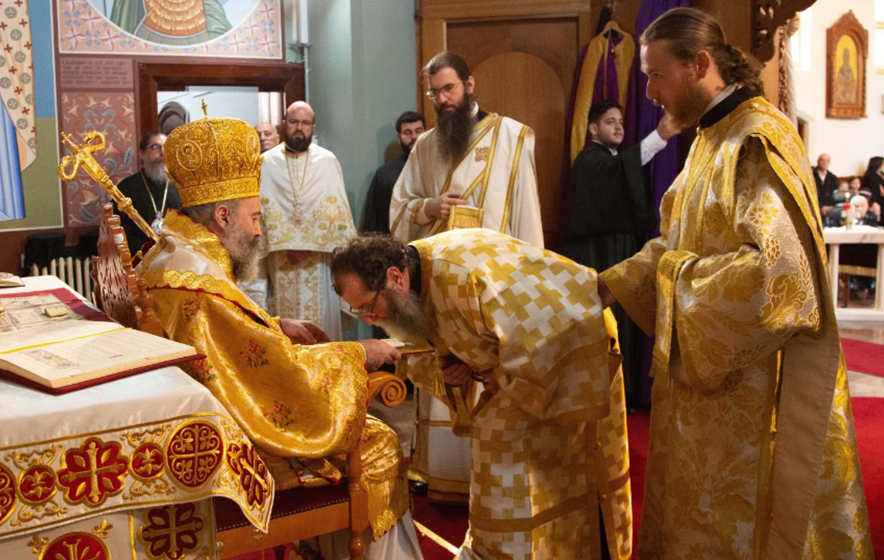 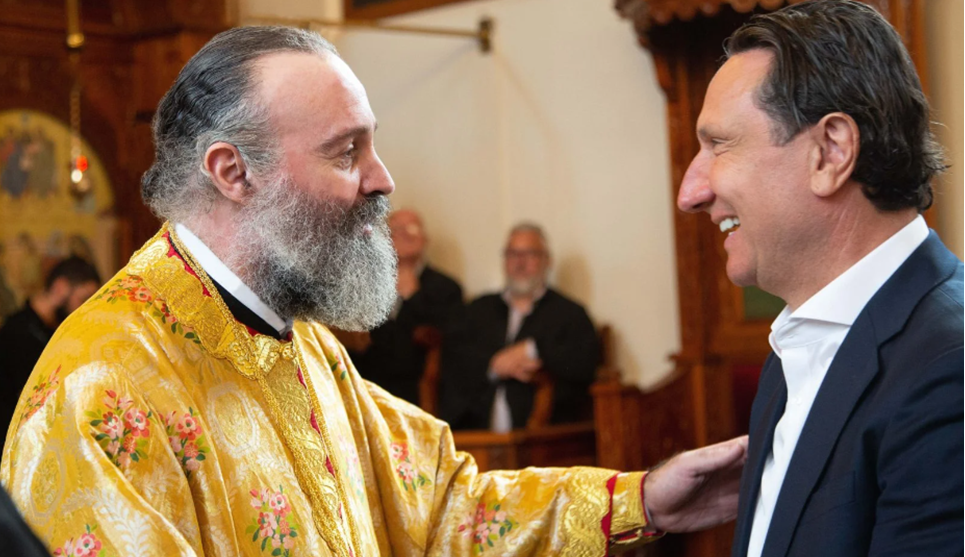