Official opening of the new Archdiocesan Cathedral in Adelaide: The Archbishop stressed, “I want to link this Church with Constantinople”

In an atmosphere of spiritual joy and emotion, on Sunday morning the 27th of November, Archbishop Makarios of Australia conducted the official opening service of the new Cathedral of the Archdiocesan District of Adelaide, which will be honored with the name of the Wisdom of God.

A large number of faithful attended this historic event for the local Church and for Hellenism in South Australia. Also present with Archbishop Makarios were the Archiepiscopal Vicar of Adelaide, Bishop Silouan of Sinope; the Archiepiscopal Vicar of Brisbane, Bishop Emilianos of Meloa; the Abbot of St John Monastery in Perth, Archimandrite Makarios; the Consul General of Greece in Adelaide, George Psiachas, as well as the clergy from Adelaide.

In his speech, the Archbishop spoke about the need that led to the acquisition of a new Cathedral, as well as facilities for the offices of the Holy Archdiocese in Adelaide, while he explained the reasons that inspired him to name the Church, “Hagia Sophia, the Wisdom of God” [‘sophia’ means wisdom in Greek].

Among other things, he emphasized: “It was a gift of God that we found and bought this old and historic church that belonged to the Protestants, here in the city center so that we have a decent base for our needs and for the services of the Archdiocese.

The name of the Church will be Hagia Sophia, that is, the Wisdom of God, so that every time we refer to this Church, we are transported to Constantinople and to our Patriarchate. Let us remember the great Hagia Sophia and our Patriarch who guards the Thermopylaes and enlightens the Orthodox Church with his life and his Patriarchal ministry”.

The address of the Archiepiscopal Vicar of Adelaide, Bishop Silouan of Sinope, was also very moving. After thanking Archbishop Makarios for blessing the establishment of the new Archdiocesan Church and his support in this monumental project, he emphasized that it is a great blessing to be included among the founders of a new church, and indeed an Archdiocesan one.

“The Church always prays for the founders of its churches”, he added. Bishop Silouan also expressed his gratitude to those who contributed to this project, for whom Archbishop Makarios in recognition of their labors and efforts, offered gifts prepared by the ladies of the Philoptochos Association.

In the end, the Archbishop of Australia praised the contribution and ministry of Bishop Silouan in Adelaide and thanked him for his work which he characterized as being ecclesiastical and spiritual. 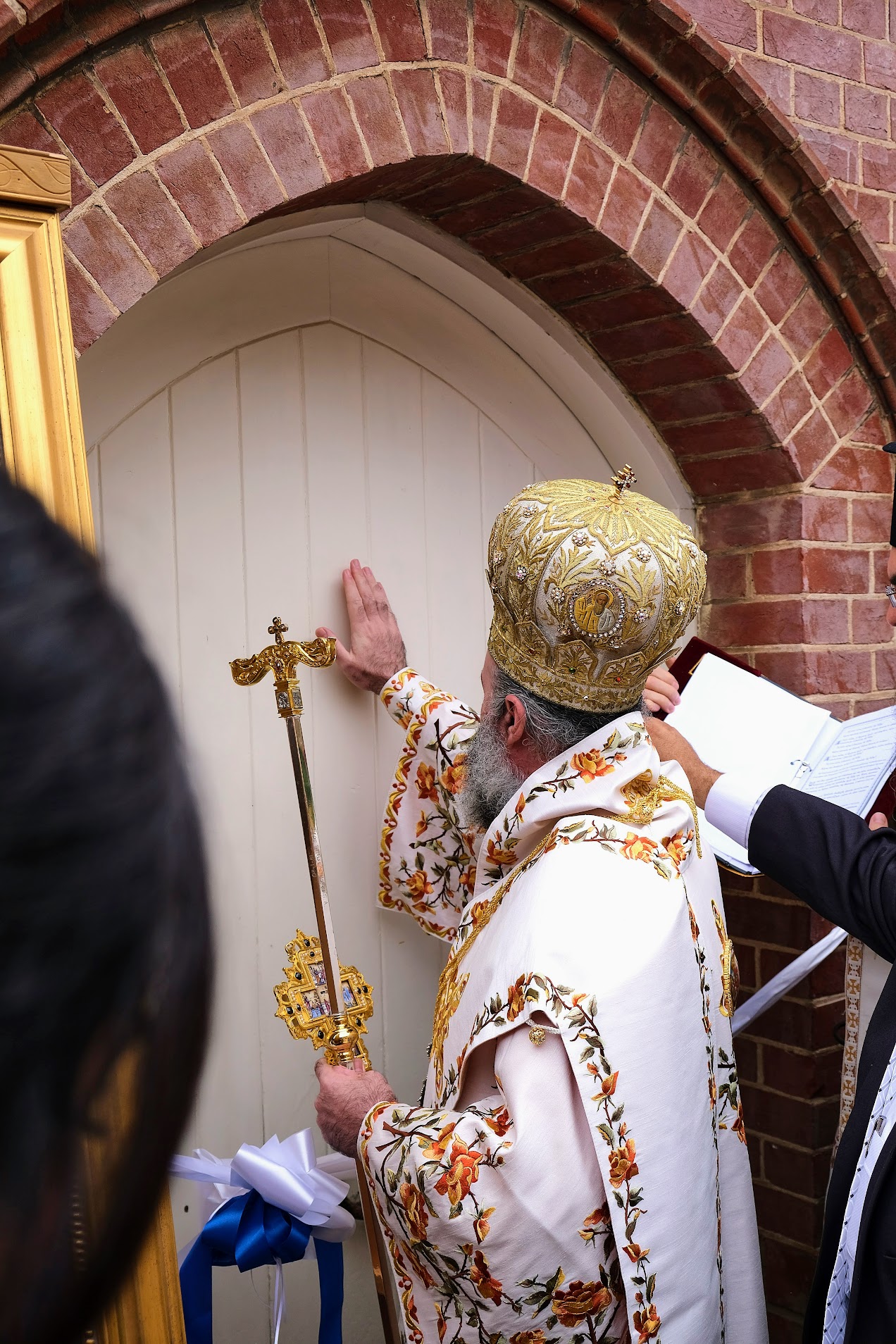