With the blessings of Archbishop Makarios of Australia, Bishop Evmenios of Kerasounta, Archiepiscopal Vicar of the Archdiocesan District of Northcote, lead the divine services on the occasion of the feast day of Saint Nektarios, at the celebrating Church of Saint Nektarios in the suburb of Fawkner in Melbourne.

More specifically, Bishop Evmenios officiated at the Great Vespers on the eve of the feast day, while on the main day of the feast, the Bishop presided over the panegyric Divine Liturgy, accompanied by clergy of the Archdiocesan District of North.

Present for the feast day, among others, were the Consul General of Greece in Melbourne, Emmanuel Kakavelakis, and the President of the Intercommunity Council, Tony Tsourdalakis.

In His homily, Bishop Evmenios, after having conveyed to all present the blessings and wishes of Archbishop Makarios of Australia, referred to aspects of the life of Saint Nektarios, focusing on two important events.

First of all, he recalled that at the age of 14, Saint Nektarios went to Constantinople to work, as he was from a poor family with many children. As a child who believed in Christ, he explained, he decided to write a letter to Christ, asking for a pair of shoes. The Saint then gave the letter to a faithful gentleman he knew, to send it to him. This gentleman read the letter, was so touched by what he read, and bought him shoes.

When Saint Nektarios put them on and went to work, his boss thought he had stolen them and insisted on returning them. The lesson from this event, as Bishop Evmenios pointed out, is that we should never trust from the beginning what we see, what we hear, what we read, etc., because there is always something else to be seen in the second analysis, there is always the truth.

The second event that Bishop Evmenios described before the faithful, concerned the persecution of Saint Nektarios from Alexandria and his transition to Athens. As Bishop Evmenios pointed out, the prosecutor went to ask him for an account for all the accusations against him, but the Saint did not speak, he only pointed his finger to the sky.

The message from this, as explained by Bishop Evmenios, is that “whatever happens to us, whatever the course of our society, whatever the destiny of the world, God has the last word, that sooner or later his will be done, the criterion of which is always the salvation of humanity”.

After the end of the Divine Liturgy, there was a procession of the holy Icon and the holy Relics of Saint Nektarios around the Holy Church. 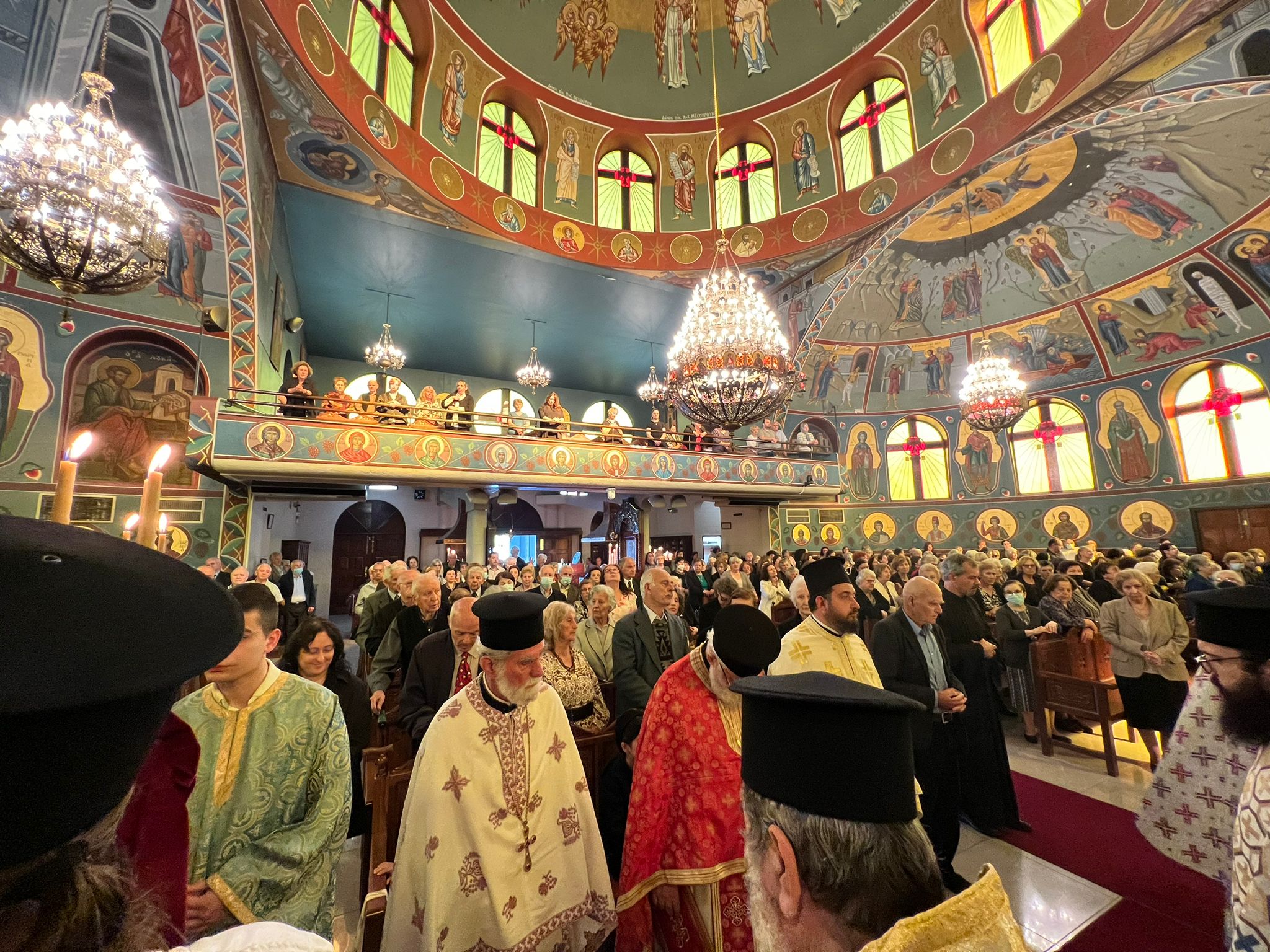 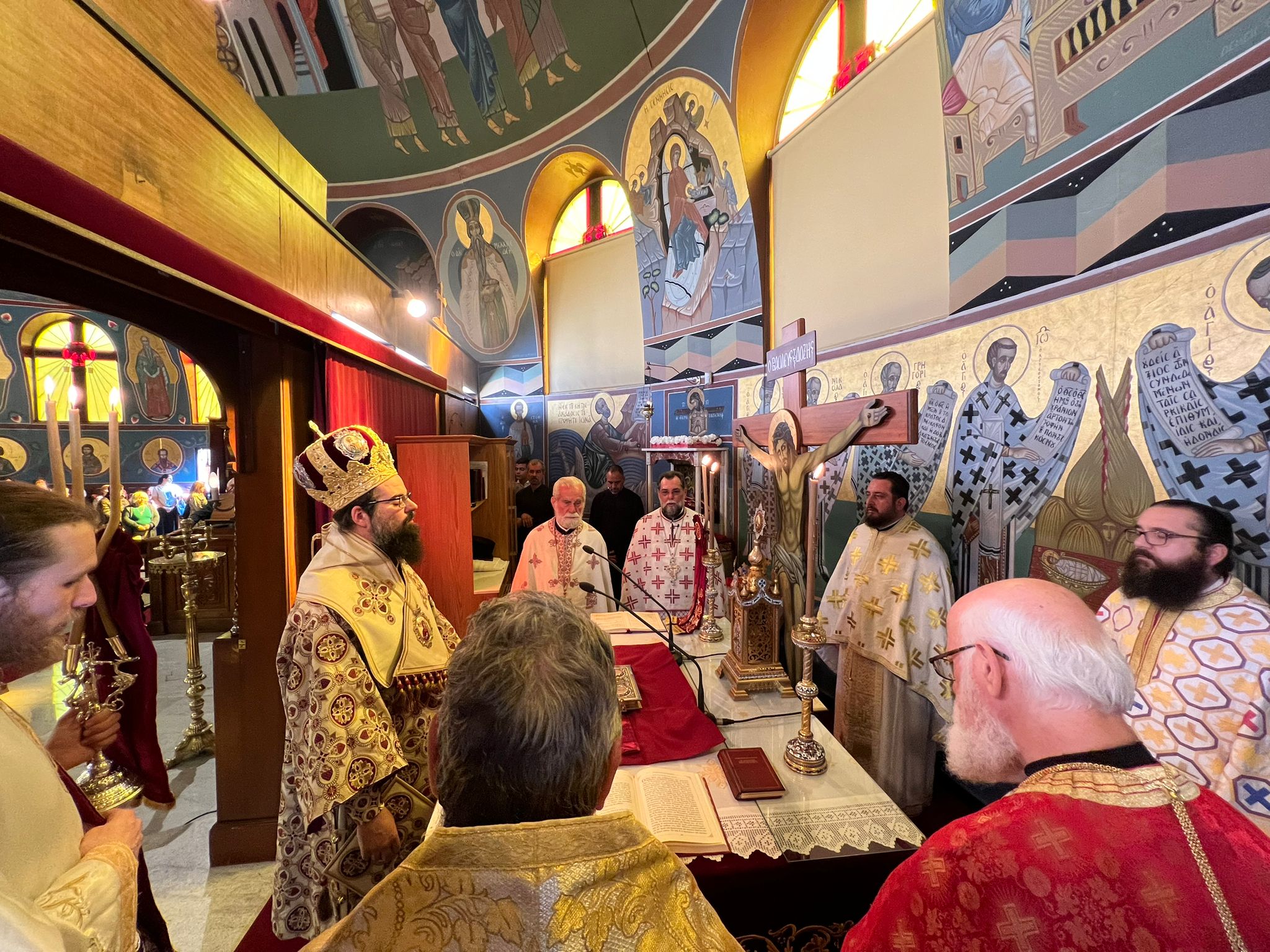 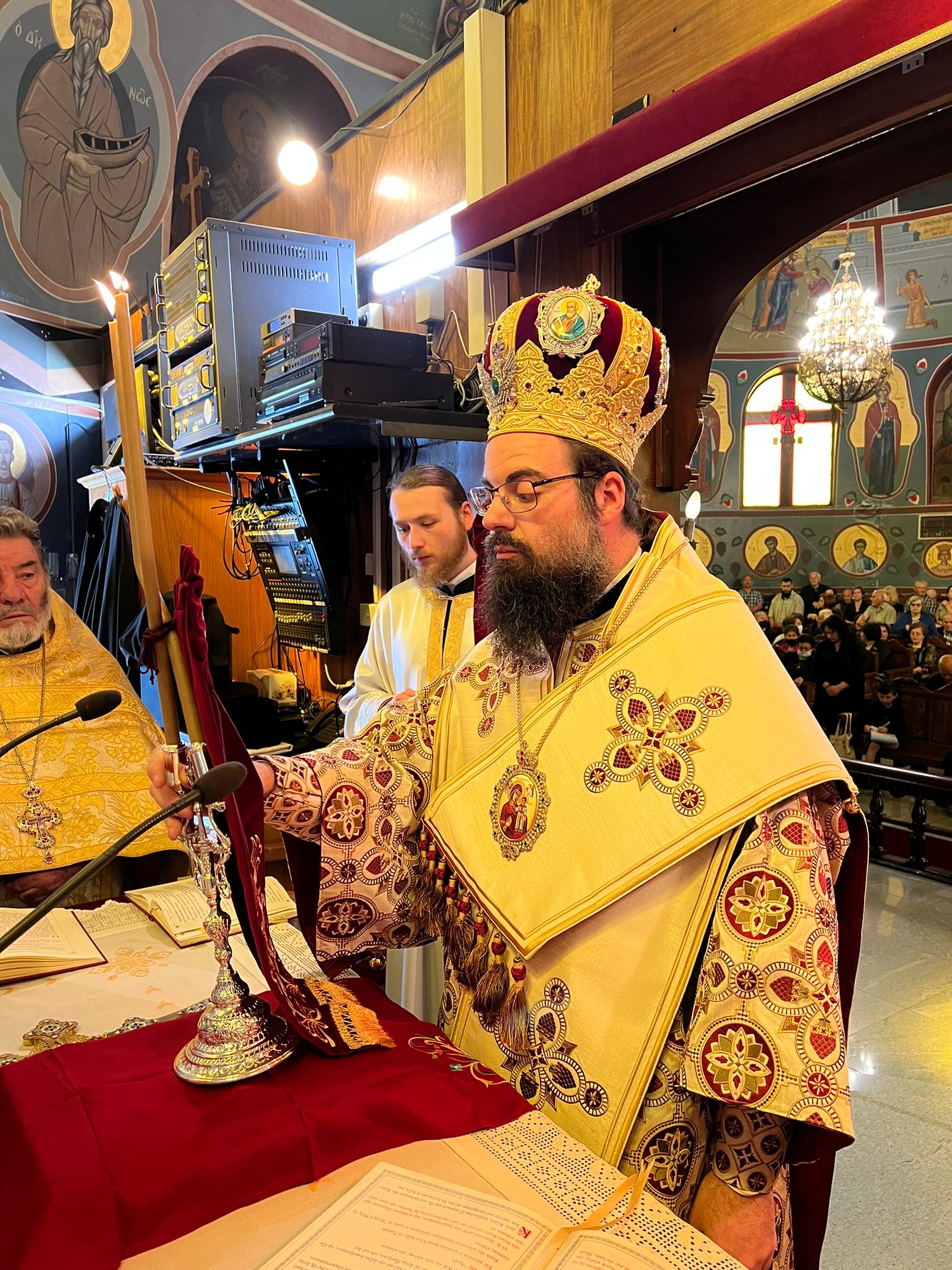 Archbishop Nikitas of Thyateira and Great Britan in Cyprus