St. Zeno came from Caesarea of ​​Cappadocia and was the son of wealthy and noble parents. During the reign of Emperor Valens (364 – 374 AD) he served as his emperor’s letters carrier.

When Emperor Valens died, Zeno immediately threw the military belt and after finding a large tomb entered inside it and purified his soul with rigorous exercise.

His mattress was layers of grass on stones. He wore a frayed habit; his food was some bread, brought to him by a friend every two days, and he brought the water himself from far away. So, he received much grace and blessing from God. Therefore, it is said that when the Isaurs invaded that place and killed many ascetics, Zeno blinded them in his prayer, so that they would not see the door of his cell and leave.

Saint Zeno lived with exercise and much patience until the end of his life. He died and gave his righteous soul to God.

Also today, the postmen pay a very special tribute to their patron saint Zeno, who carried out the task of the postman. 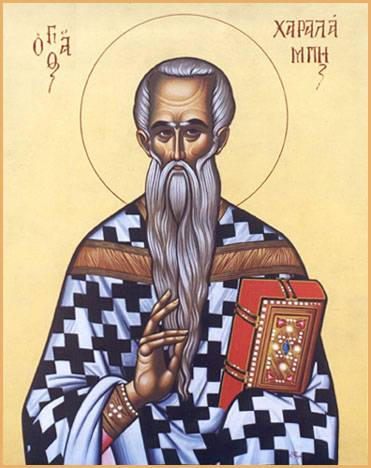 Abortion leading cause of death worldwide in 2019

Saturday of Souls, one day before Sunday of Carnival

Today, Saturday, one day before Sunday of Carnival, is the first of the two "Saturdays of Souls'. As with all...

He gives us Himself as all Light, Truth, and Love

Since our sweet Jesus is so good, compassionate and kind, why should you despair? We seek one small thing from...

When one begins to pray, the prayer itself will solve his questions. Otherwise, no matter what he hears about prayer,...