The meeting was attended by part of the procession of the Ecumenical Patriarch, Metropolitan Damaskinos of Kydonia and Apokoronos and Archimandrite Alexios Xenophontinos, abbot of the Xenophontos Monastery of Mount Athos.

During the meeting, the Patriarch emphasized the importance of having an Orthodox Committee that represents the Orthodox Churches in European institutions in one voice.

For their part, the members of the Committee expressed their thanks to the Ecumenical Patriarch for the meeting and outlined their planned actions for the immediate future.

Finally, Ecumenical Patriarch Bartholomew invited the members of the Commission to visit Constantinople in 2020 to organize their annual meeting there. 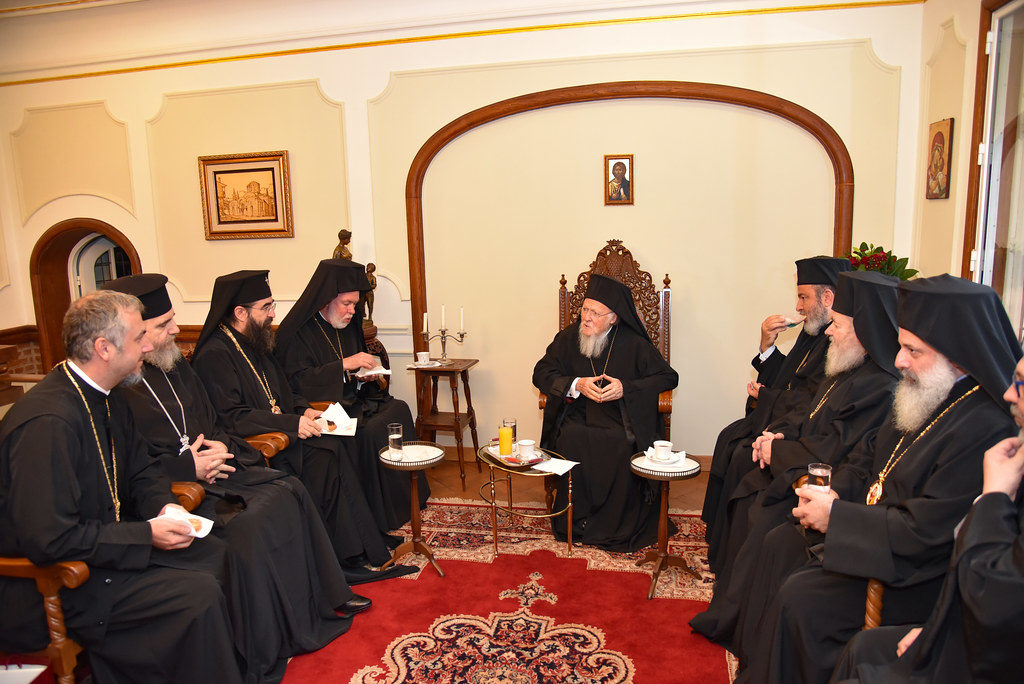