Historic Divine Liturgy by the Archbishop of Australia in the Ukrainian parish of St. Savvas

Feelings of deep emotion overwhelmed the hearts of the members of the Ukrainian Orthodox Parish – Community of St. Savvas the New of Kalymnos, in the suburb of Banksia, Sydney, as they welcomed for the first time Archbishop Makarios of Australia, after their accession to the Holy Archdiocese.

The Archbishop’s visit sealed an event of historic character – the official accession of the first Ukrainian Parish-Community in Australia to the Holy Archdiocese of Australia.

This historic event was celebrated spiritually and Eucharistically with the performance of the Divine Liturgy, presided over by Archbishop Makarios, on a day when the Church honours the 318 Saints and Fathers of the First Ecumenical Synod.

The Archbishop, referring to this coincidence in time, spoke of a special blessing from God and recalled that all Ecumenical Synods, including the first one, which was convened in Nicaea, Bithynia, had the mission of defending the unity of the Church against the various heresies and trials that at times rocked it.

He then addressed the Priestly Superior of the Parish, Fr. Savvas Pizanias, and thanked him for his valuable contribution to the achievement of unity and canonical communion with the Holy Archdiocese of Australia. He conveyed to him the satisfaction and paternal blessings of Ecumenical Patriarch Bartholomew, and pointed out that the Mother Church always seeks to embrace its children and care for their needs, a fact which is confirmed both by the granting of Autocephaly to the Orthodox Church of Ukraine and by the inclusion of the Ukrainian Parishes and Communities of the fifth continent under the jurisdiction of the Holy Archdiocese of Australia.

Finally, the Archbishop, after expressing the expectation that the Parish of St. Savvas will progress spiritually and prosper, did not fail to focus on an issue that overshadowed the joy and enthusiasm for this historic day for the Parish and the local Church.

The reason was the unjust and cruel war, which is still raging in Ukraine and has claimed the lives of thousands of people, forced millions of others to flee their homes and turned whole cities into ruins.

Referring to the “absolutely absurd futility of a very wicked and sinful project”, the Archbishop expressed his unwavering support for the suffering Ukrainian people and wished the merciful God “to put an end to this madness and restore peace”. He urged all to resort to fervent prayer, following also the example of their parish protector, St. Savvas, with the expectation that peace and unity will prevail and crush the pervasive evil in the suffering Ukraine.

It is noted that during the Divine Liturgy the congregation was joined by, among others, the State MP, Mr. Steve Kamper, the High Commissioner of the Republic of Cyprus in Australia, Ms. Martha Mavrommati, and the Consul General of Greece in Sydney, Mr. Christos Karras. 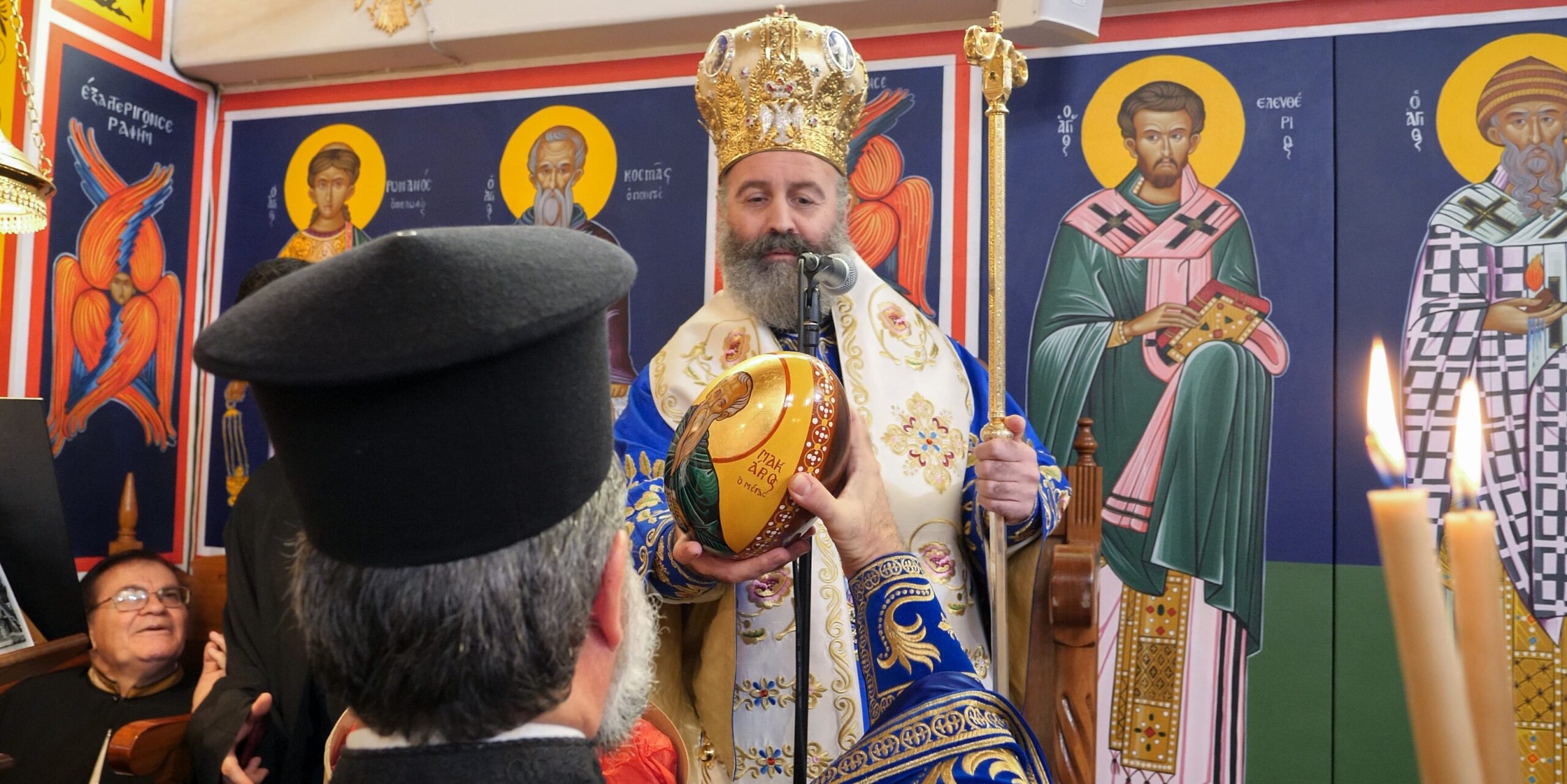 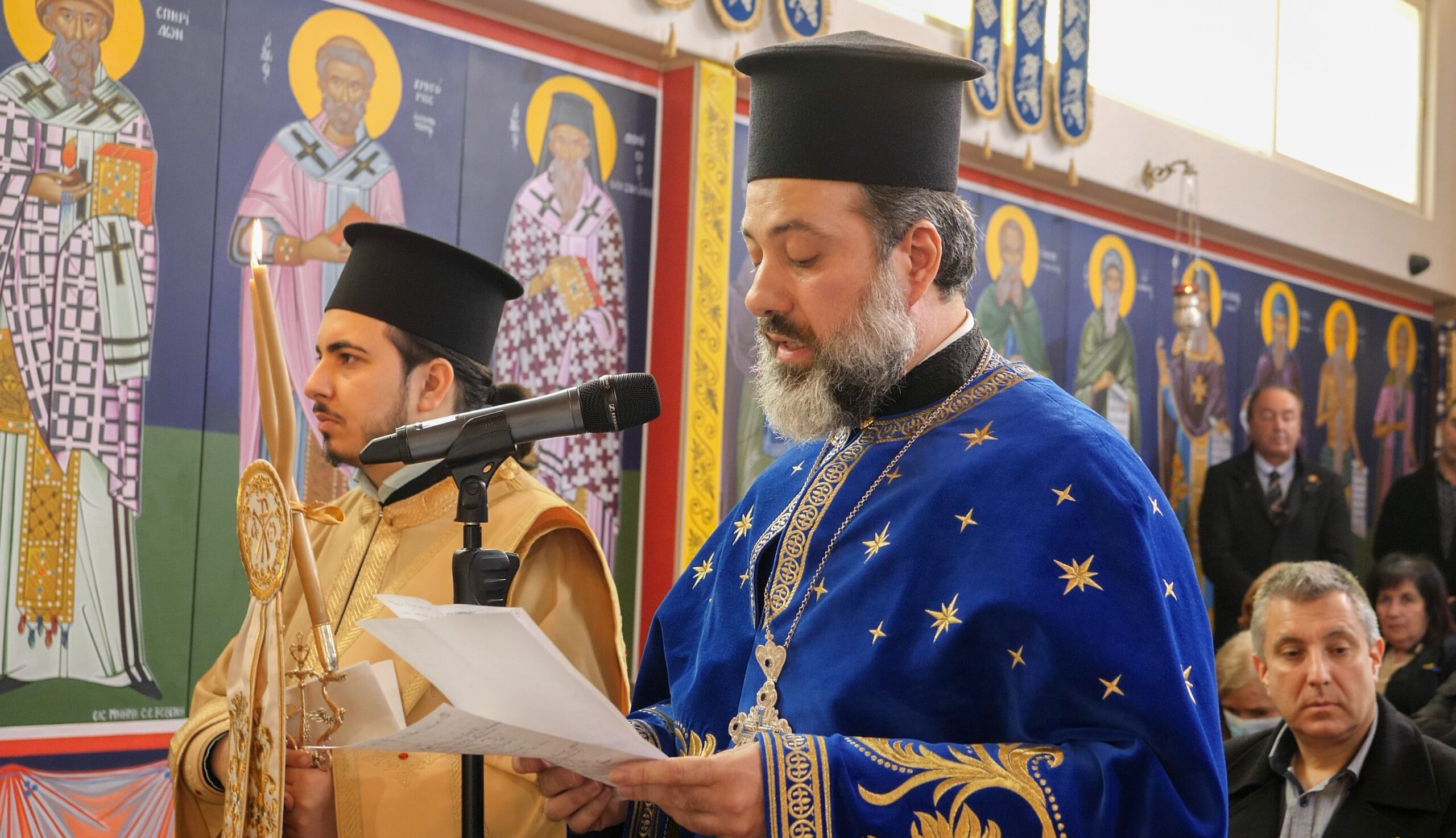 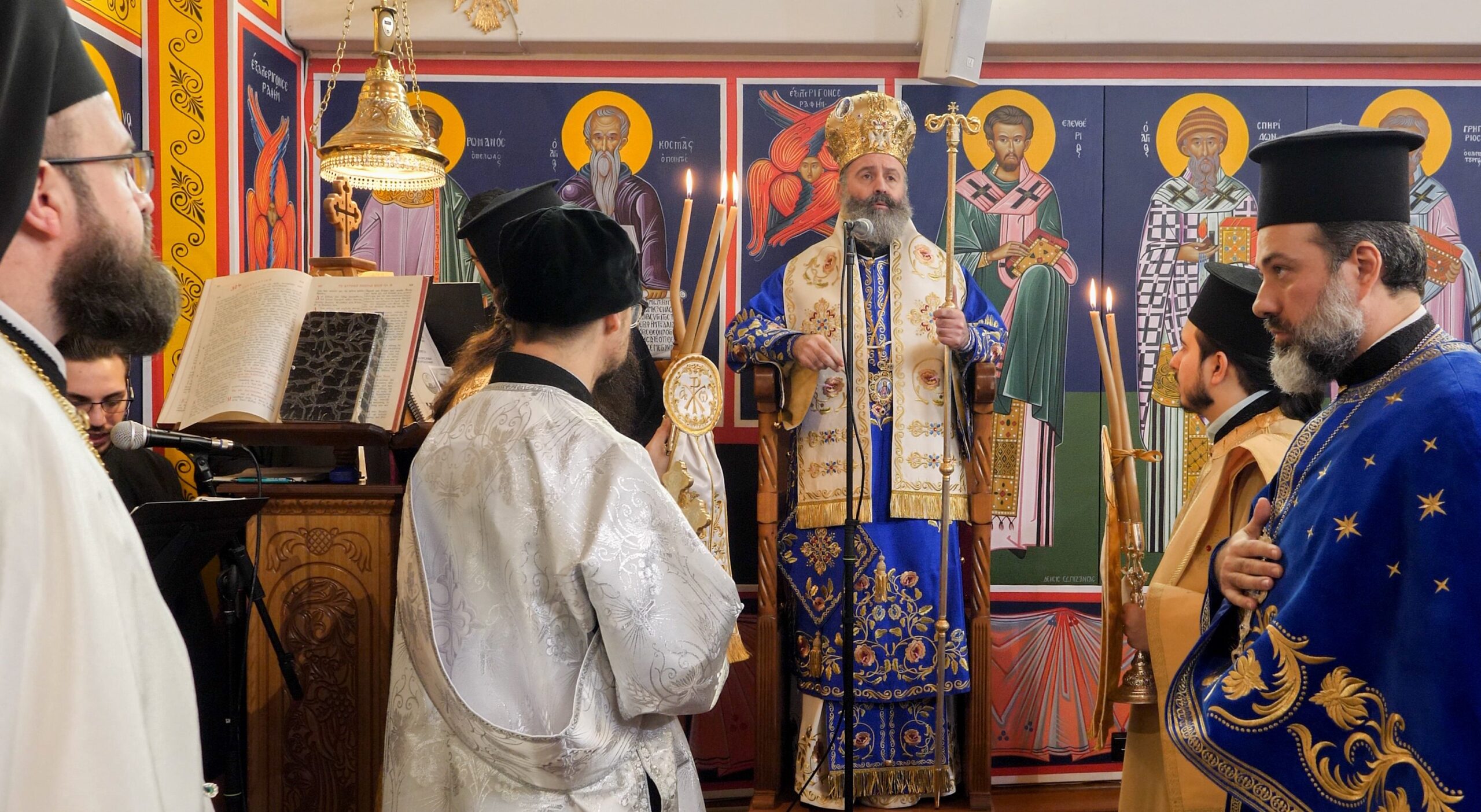 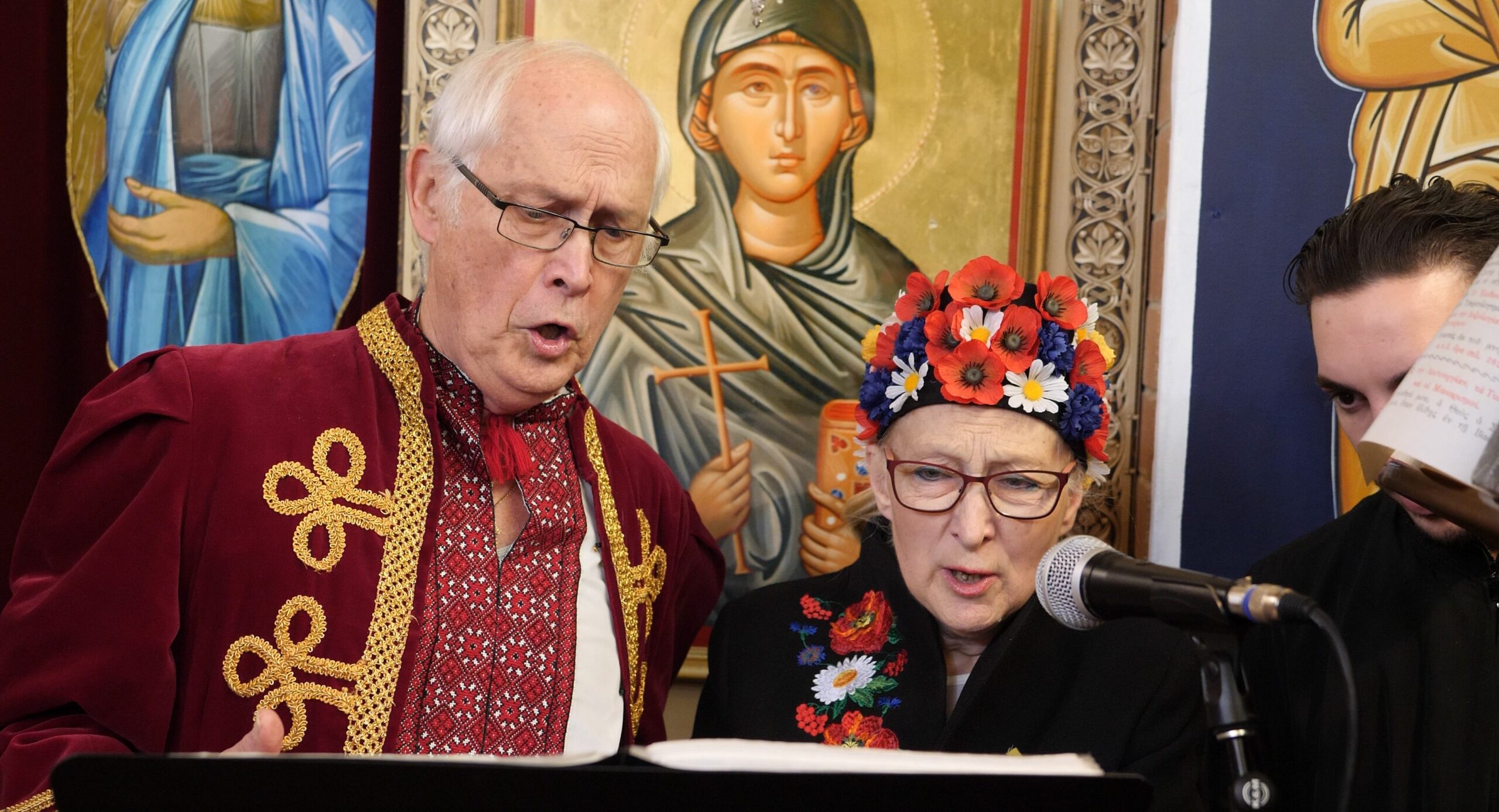 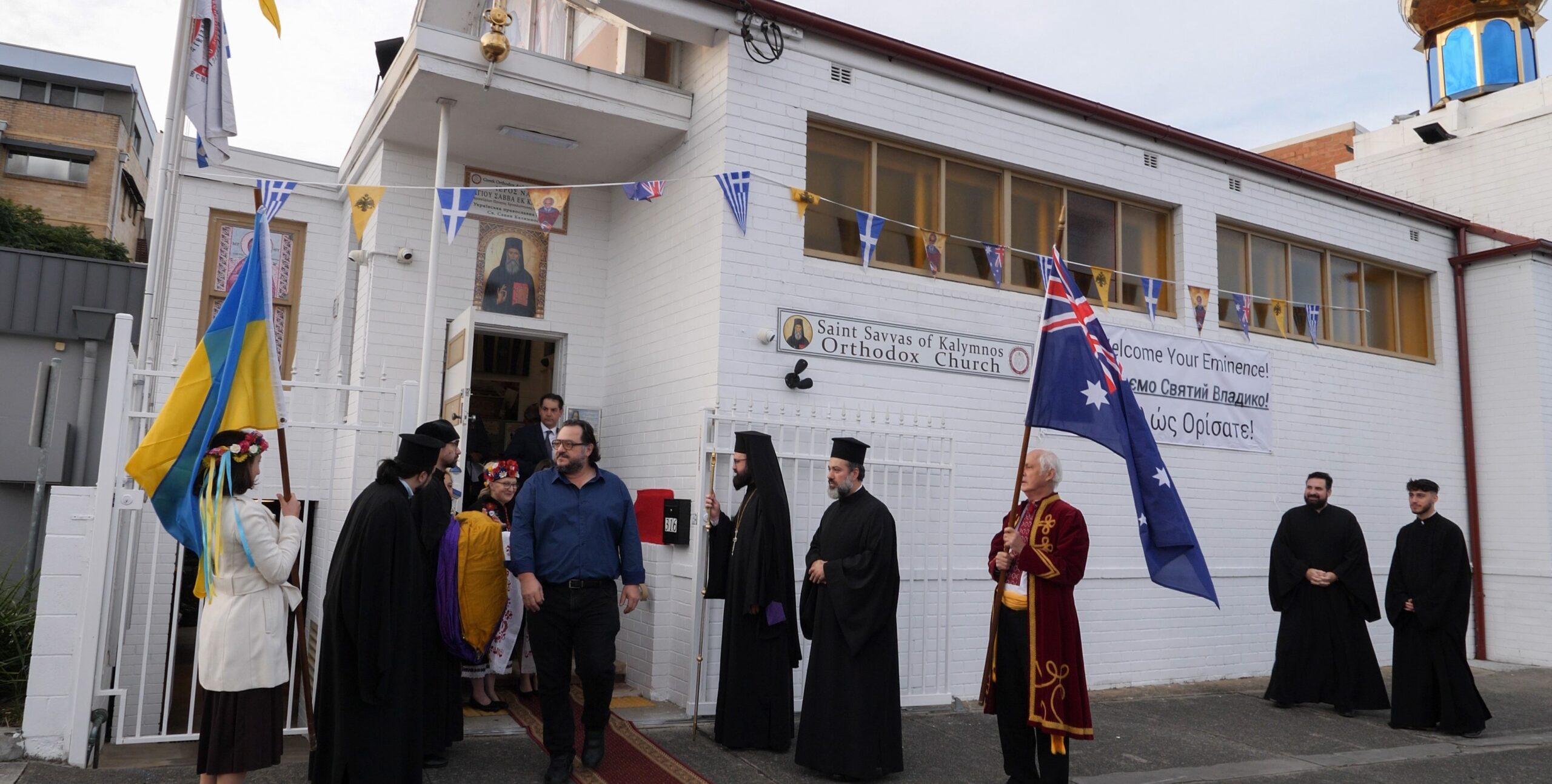 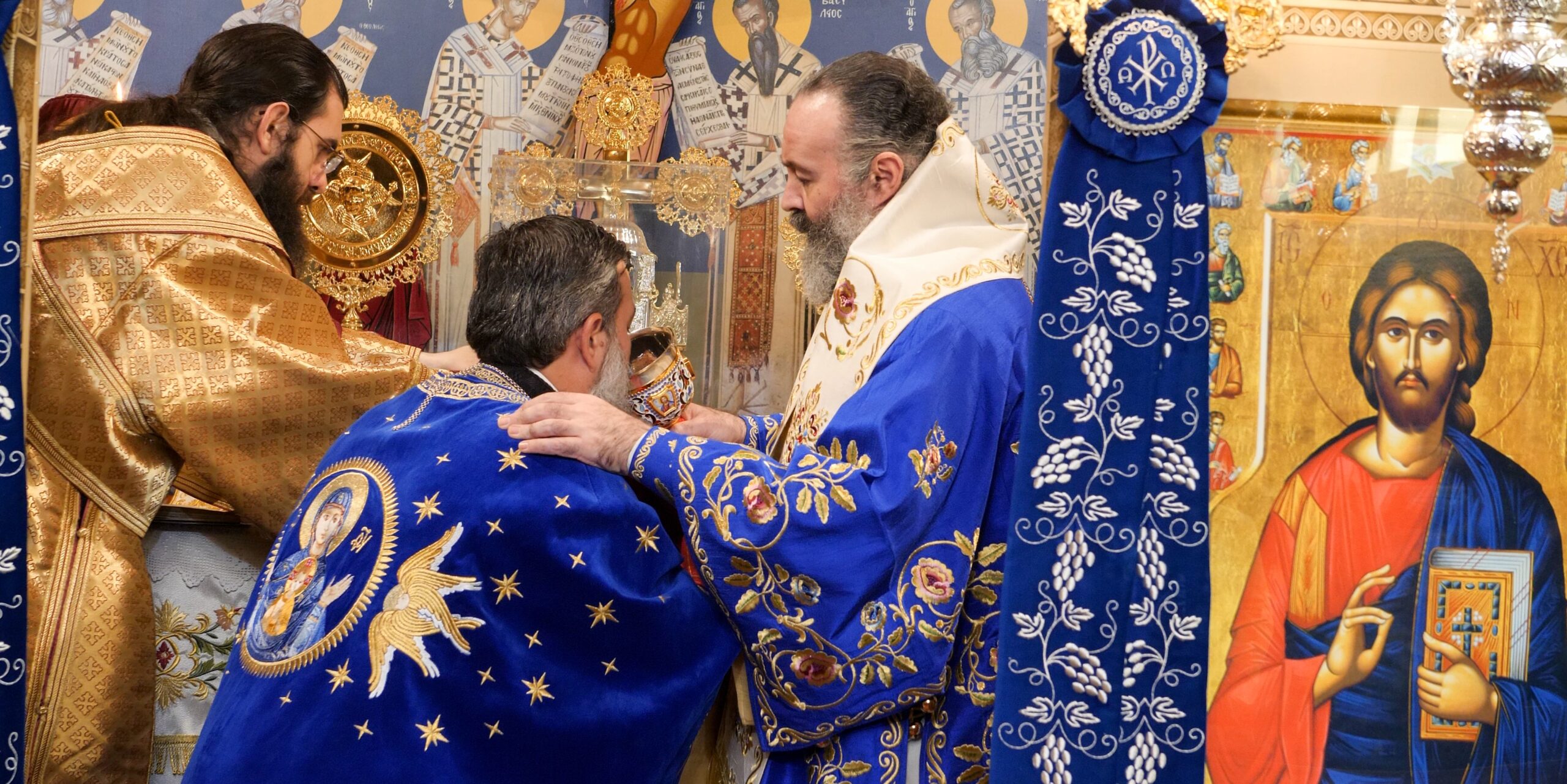