Greek Foreign Minister Nikos Dendias this week expressed the Greek state’s full support for the semi-autonomous monastic community of Mount Athos, which is located on an eponymous northern Greece peninsula.

Dendias made the statement on Wednesday as he was welcomed by representative Elders of the Holy Community’s rotating administration, in the Mount Athos capital of Karyes.

A Doxology service was held at the Holy Community’s cathedral, while Dendias later visited the Holy Monasteries of Pantokratoros and Xenofontos.

The occasion marked the first time that a Greek foreign minister has visited the Holy Mount since 2011.

The minister departed for Athens on Thursday morning after feeling unwell while attending the Divine Liturgy service at the Monastery of Xenofontos, something that physicians later described as a brief bout of orthostatic hypotension, a momentary instance of low blood pressure, which was attributed to fatigue. 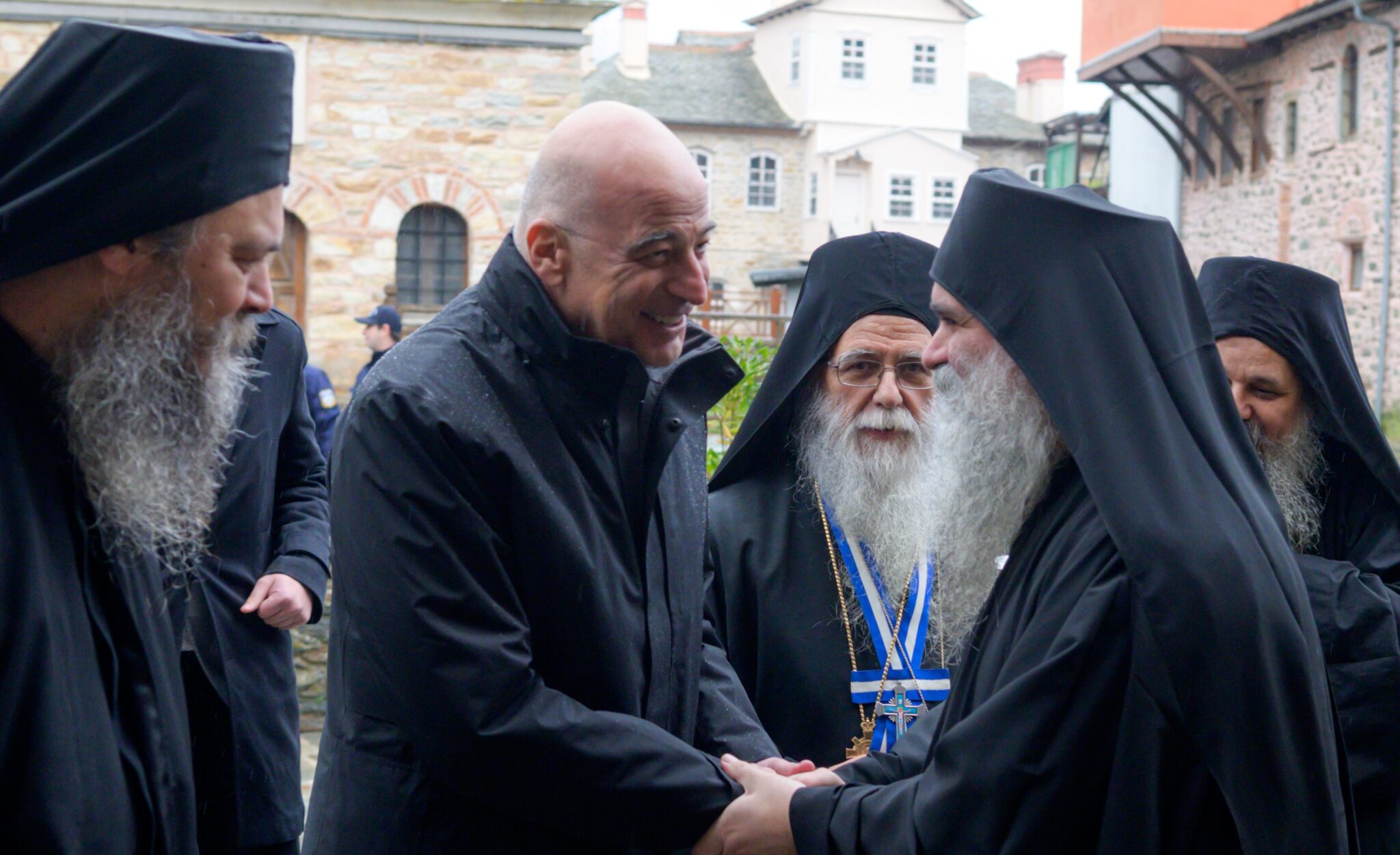 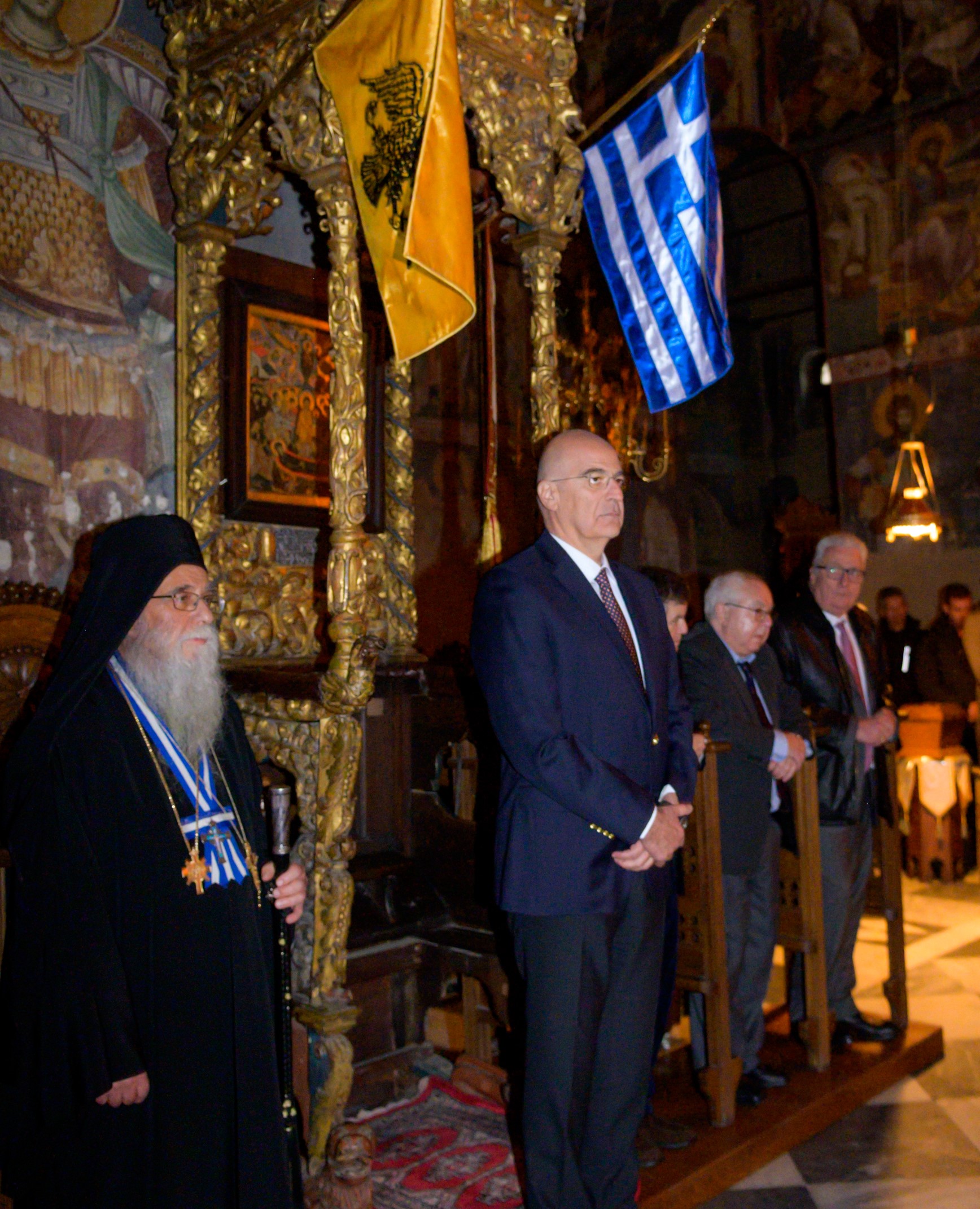 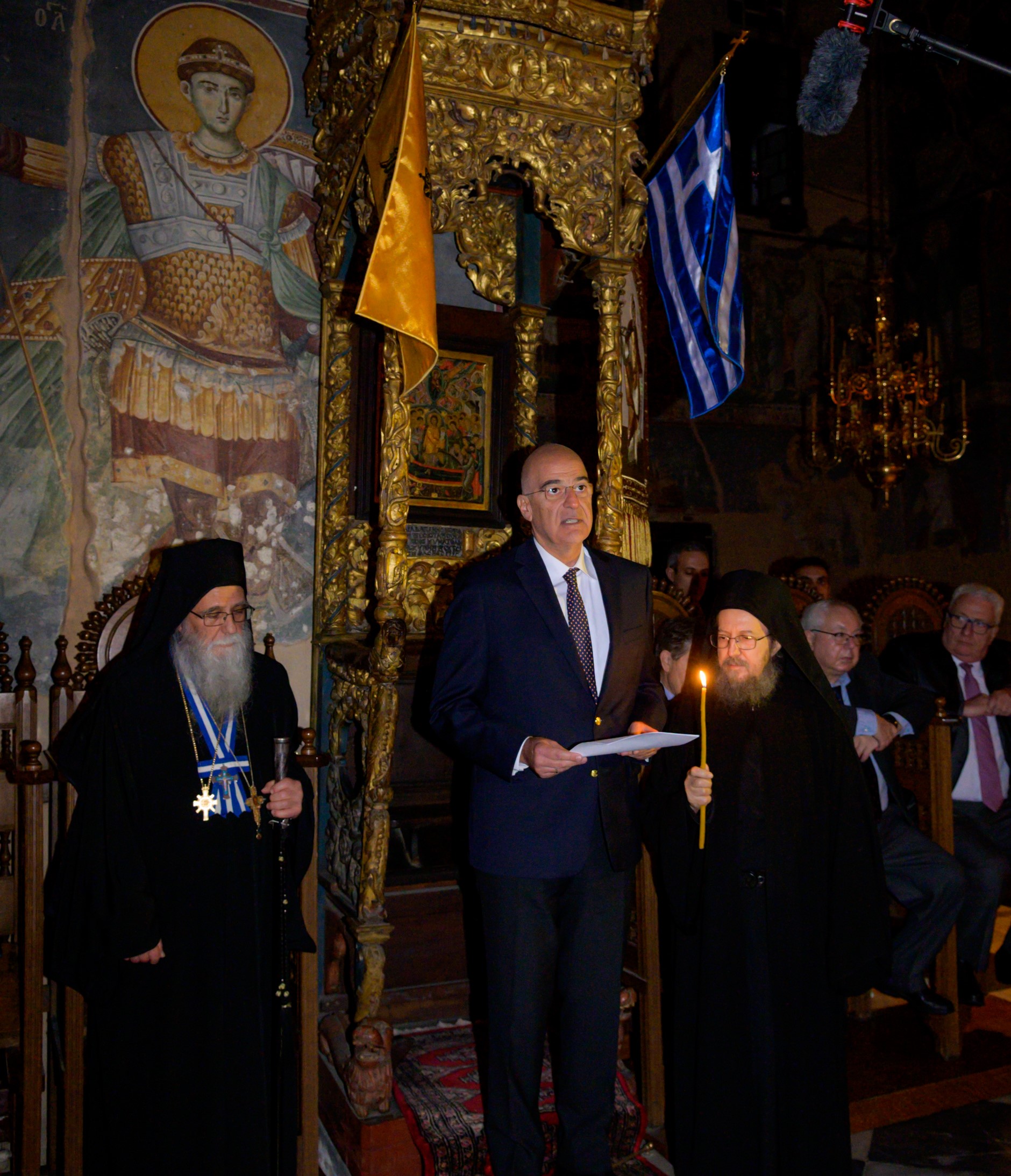 Memory of St. Theodora of Caesarea and St. Anysia of Salonika