Ecumenical Patriarch Bartholomew, accompanied by Bishop Raphael of Ilion, Assistant to the Archbishop of Thyateira and Great Britain, and his clerical and lay colleagues from the Phanar, has been visiting his birthplace, Imbros, since Wednesday, August 17, 2022.

Afterwards, the Patriarch made a pilgrimage to the Holy Metropolitan Church of Panagia, where 61 years ago, on August 13, 1961, he was ordained deacon by the then Metropolitan of Imbros and Tenedos and his elder, the late Meliton Hatzis.

In the afternoon of the same day, the Patriarch attended the presentation of the book “The islands of Imbros and Tenedos through the ancient sources”, the result of many years of research and study by Mrs Evangelia Asanaki-Christophoridou, philologist, which was held in the crowded hall of the “Cultural Association of Agioi Theodoroi”.

In his brief address, the Ecumenical Patriarch congratulated the researcher and all those who, through their studies and research, highlight the history and traditions of Imbros.

On Thursday morning, August 18, the Ecumenical Patriarch, accompanied by the local Metropolitan, paid a customary visit to the Prefect and the Mayor of the island, while in the afternoon, in the hall of the “Cultural Association of Agioi Theodoroi”, he inaugurated the exhibition organized by the Mount Athos Center with photographs by Nikos Koukis, entitled “Mount Athos. Life in the desert”. 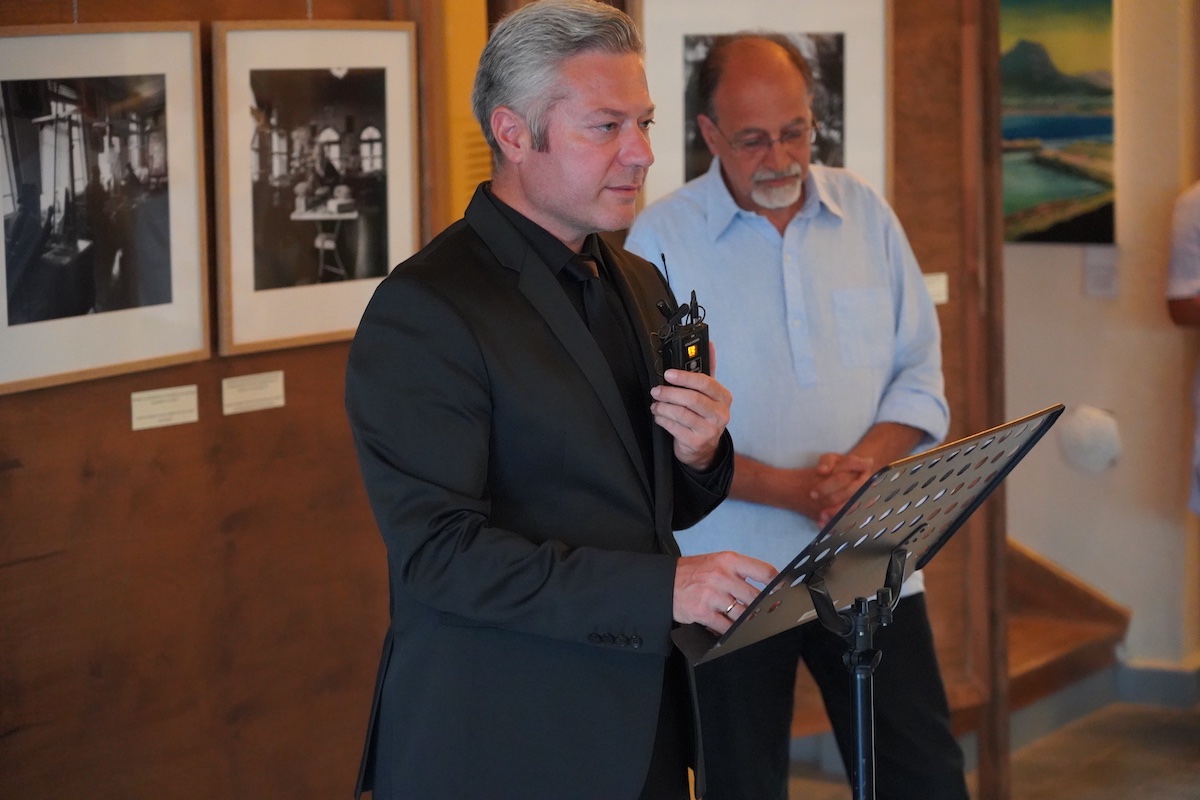 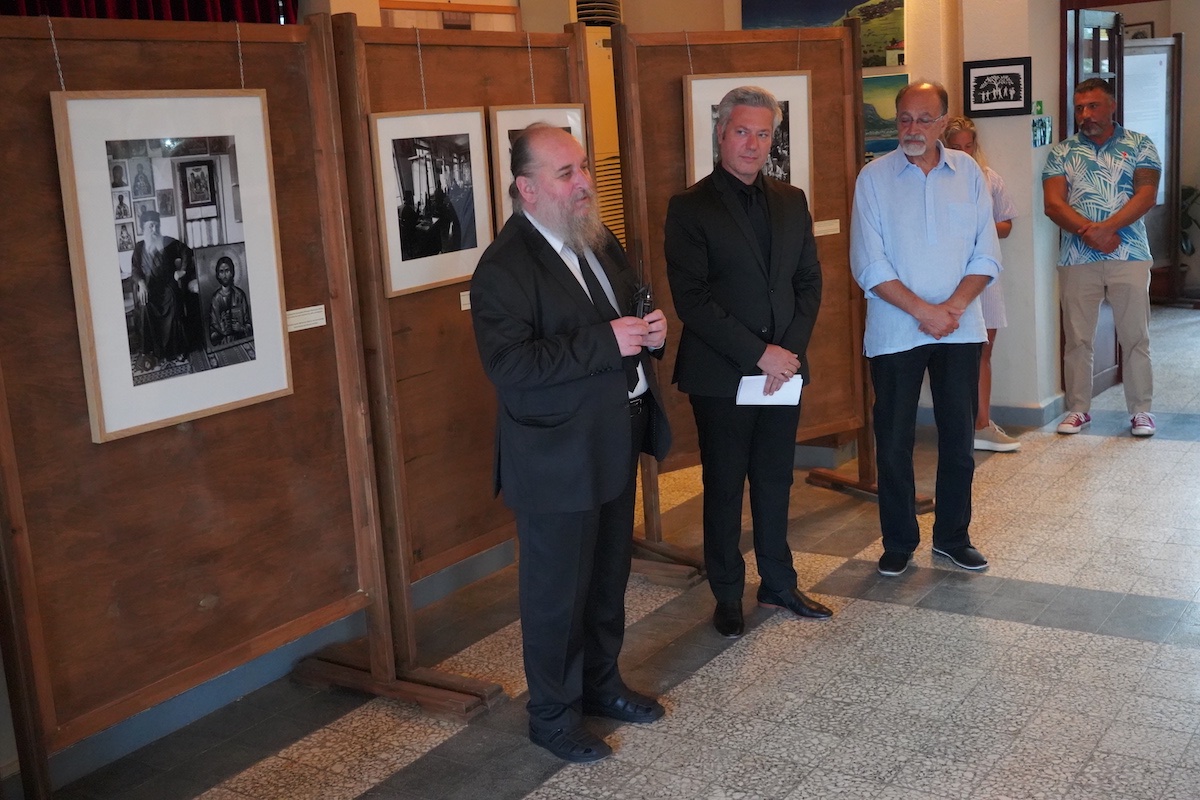 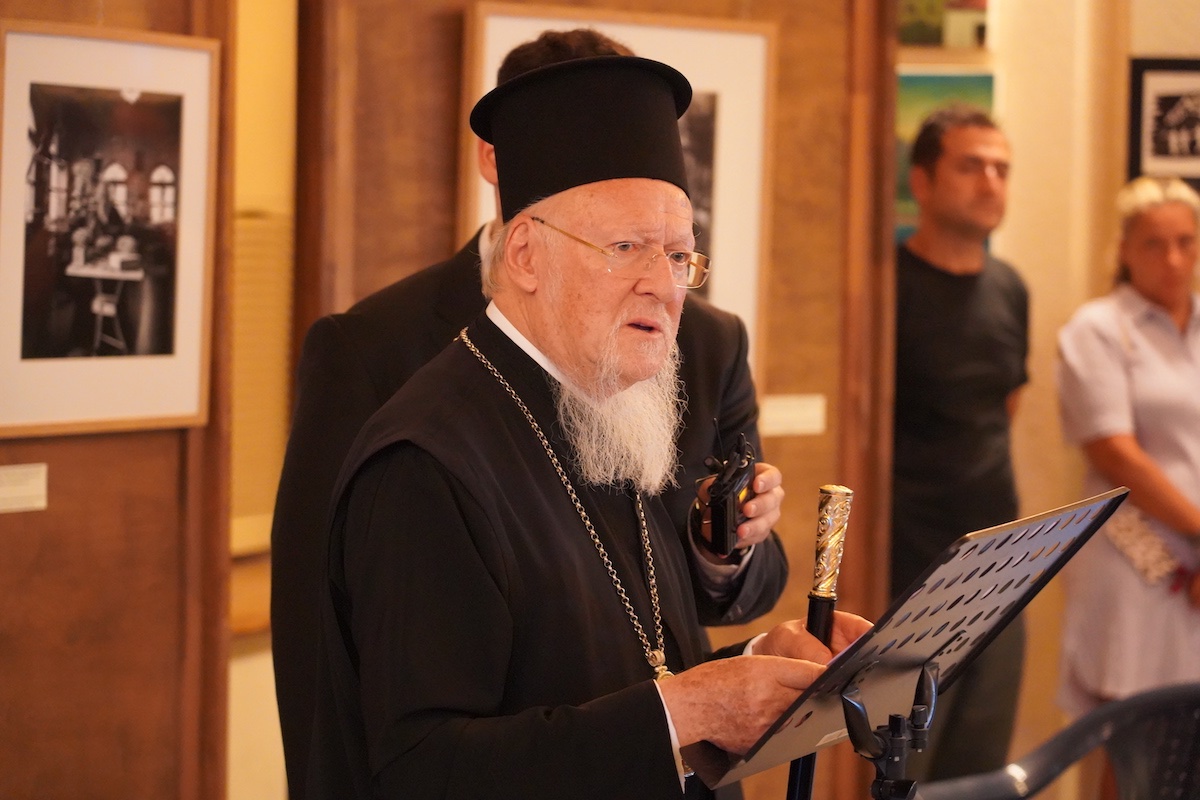 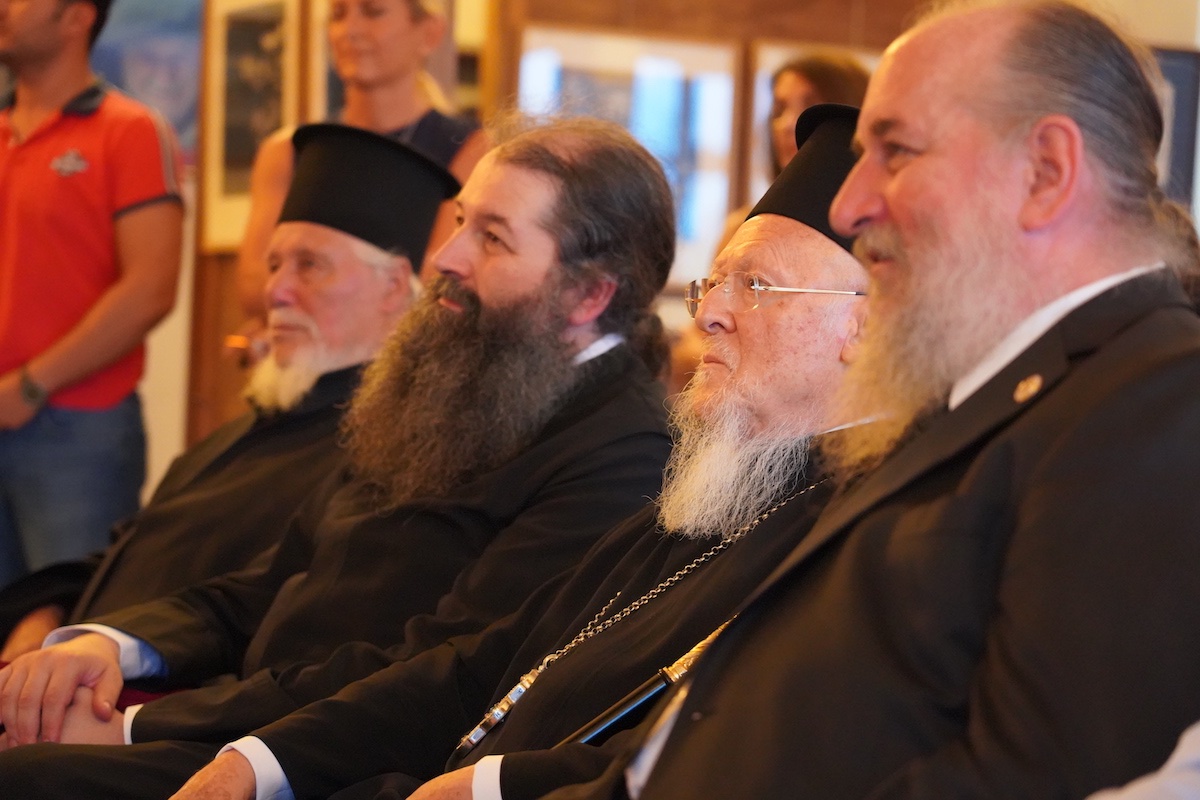 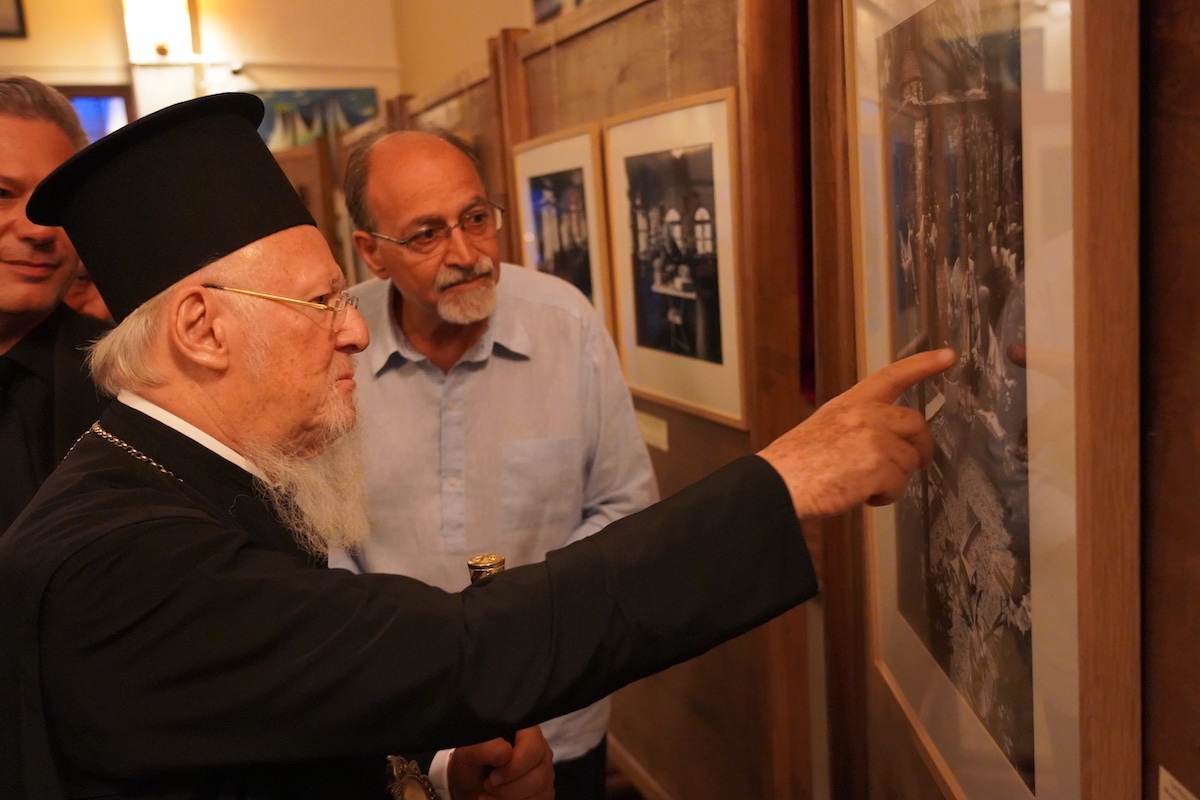 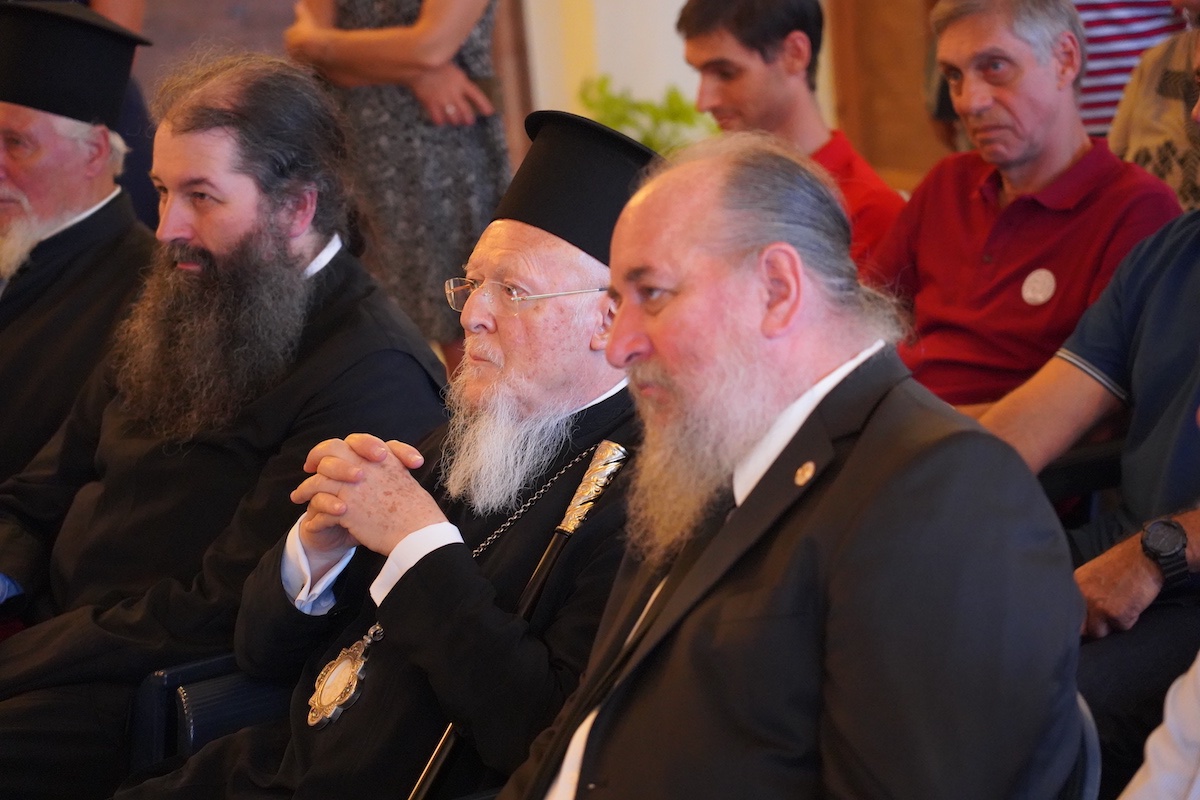 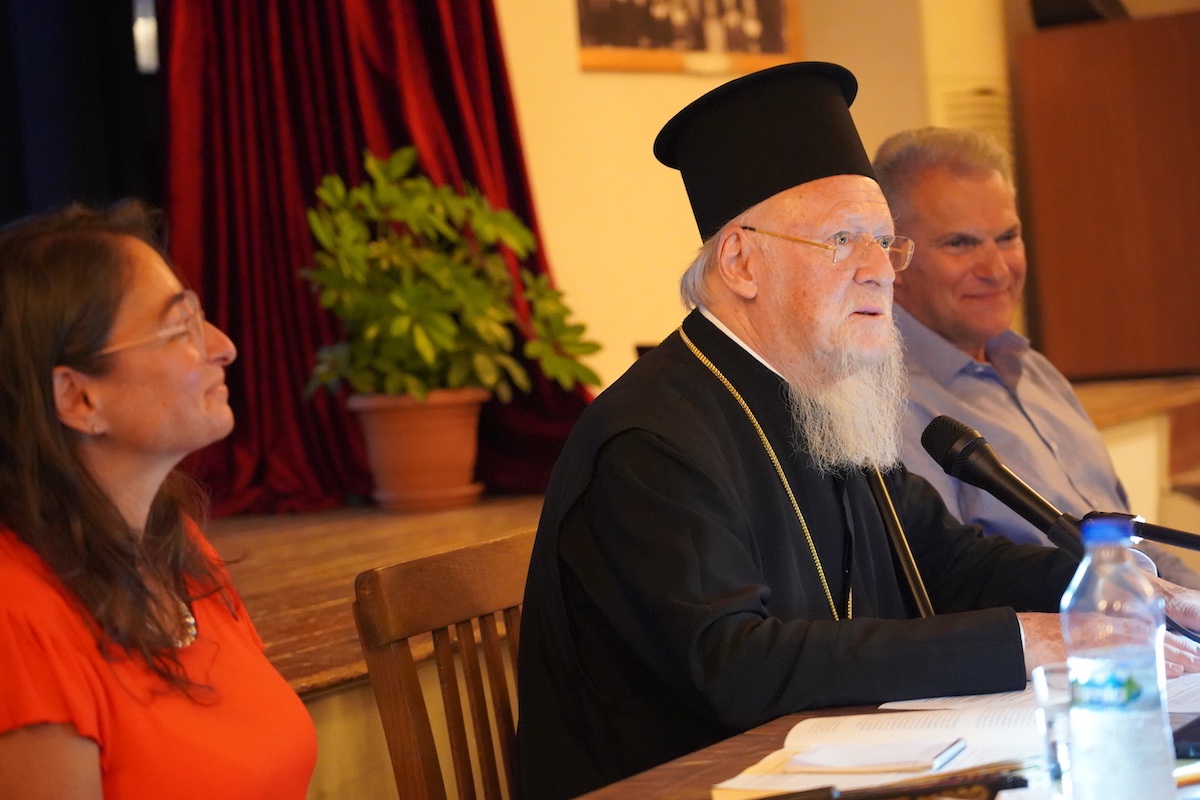 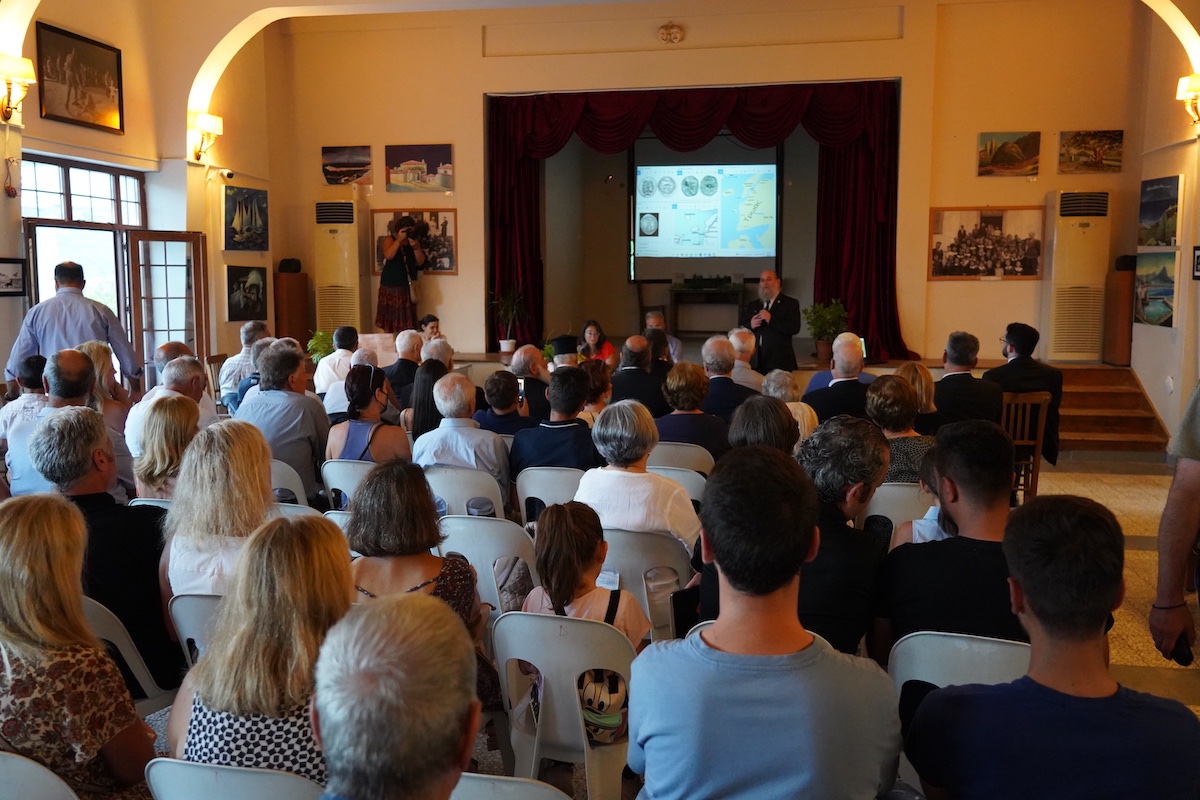 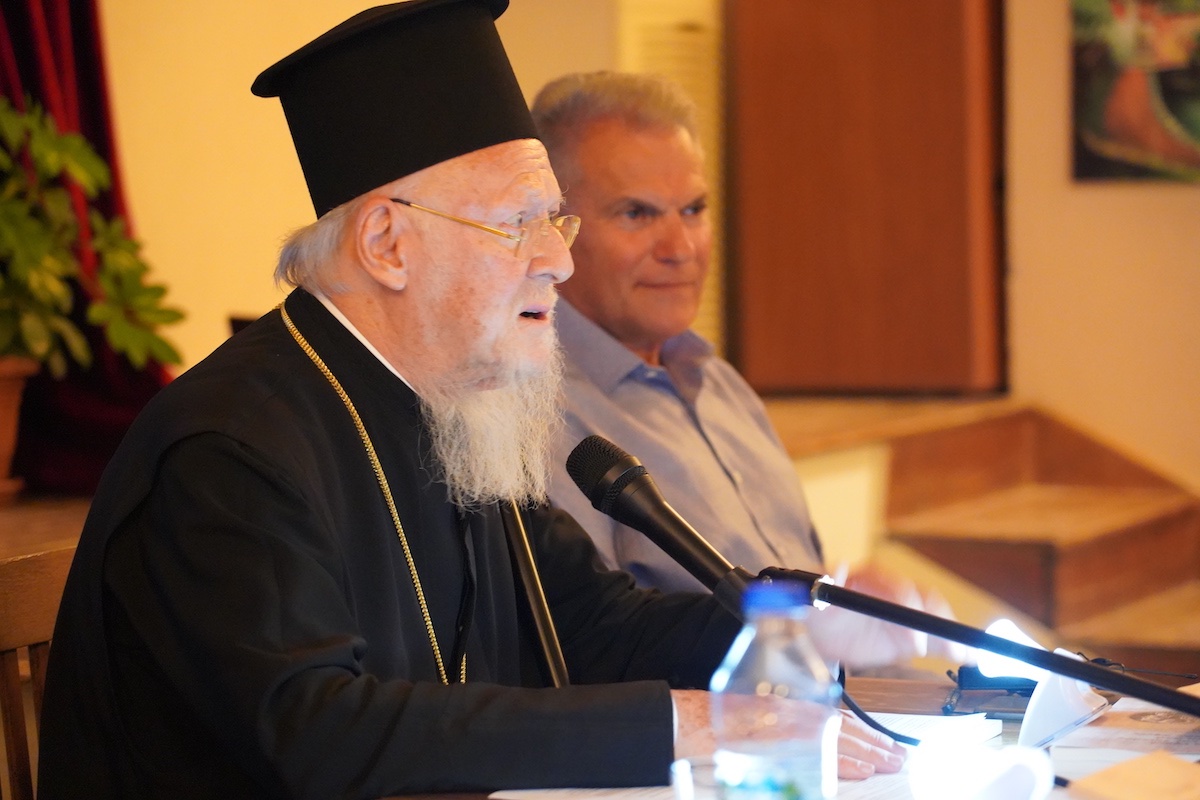 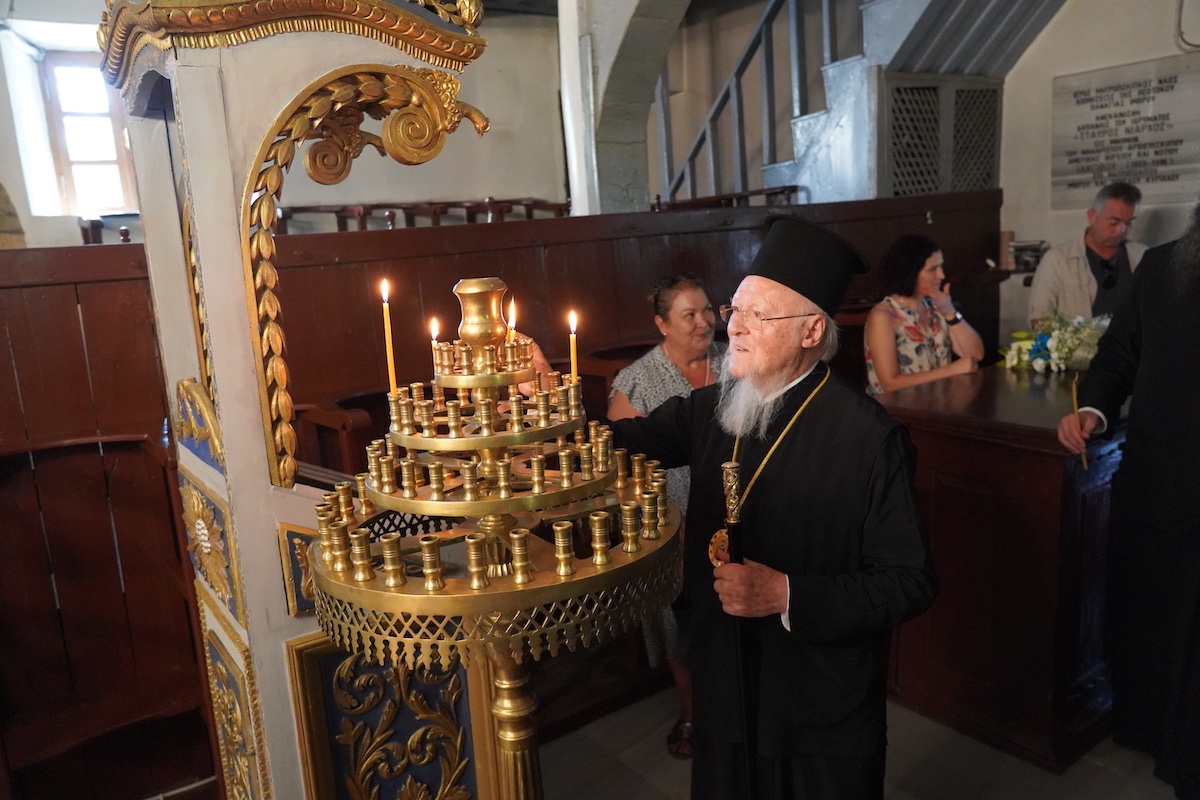 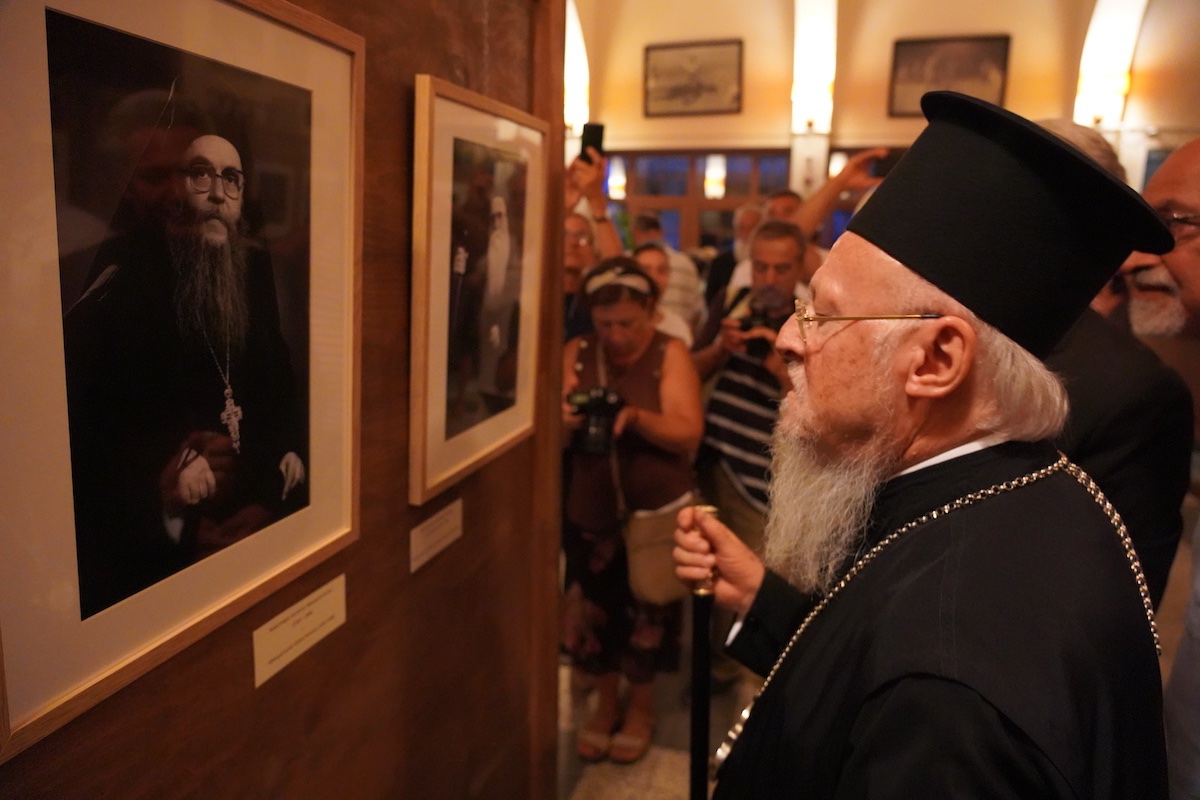 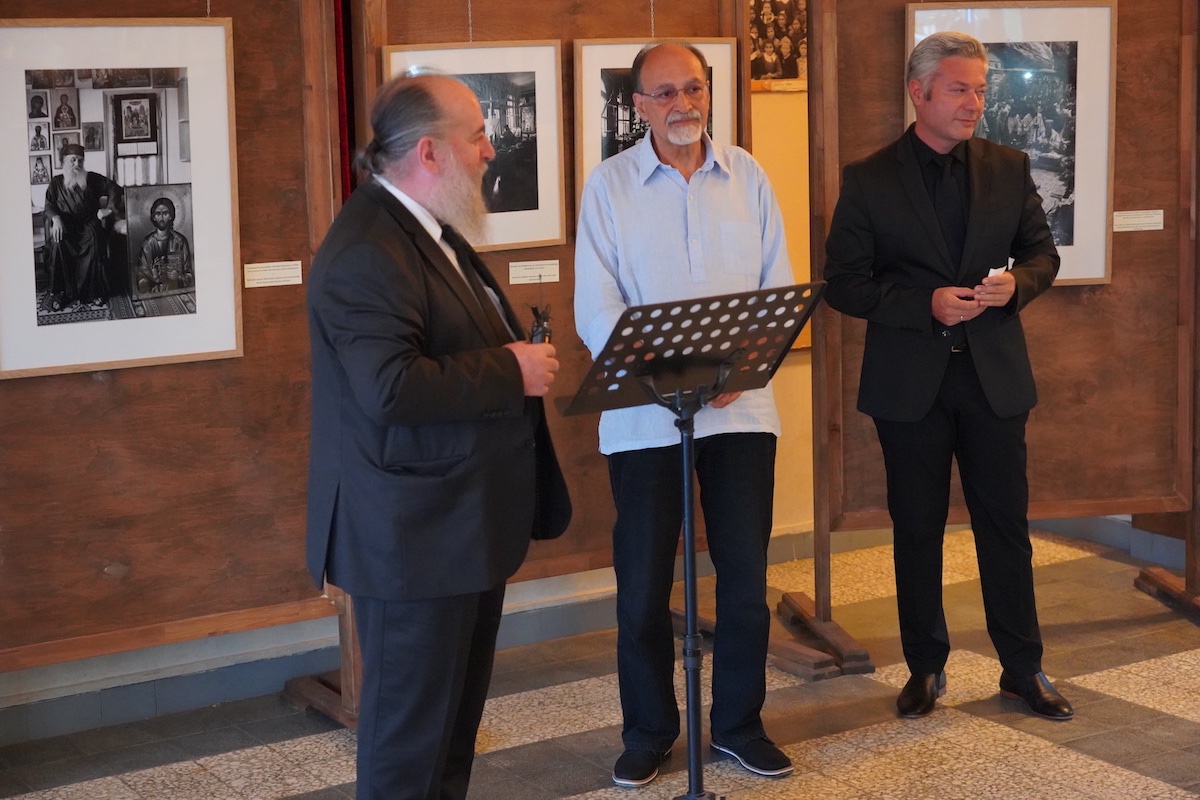 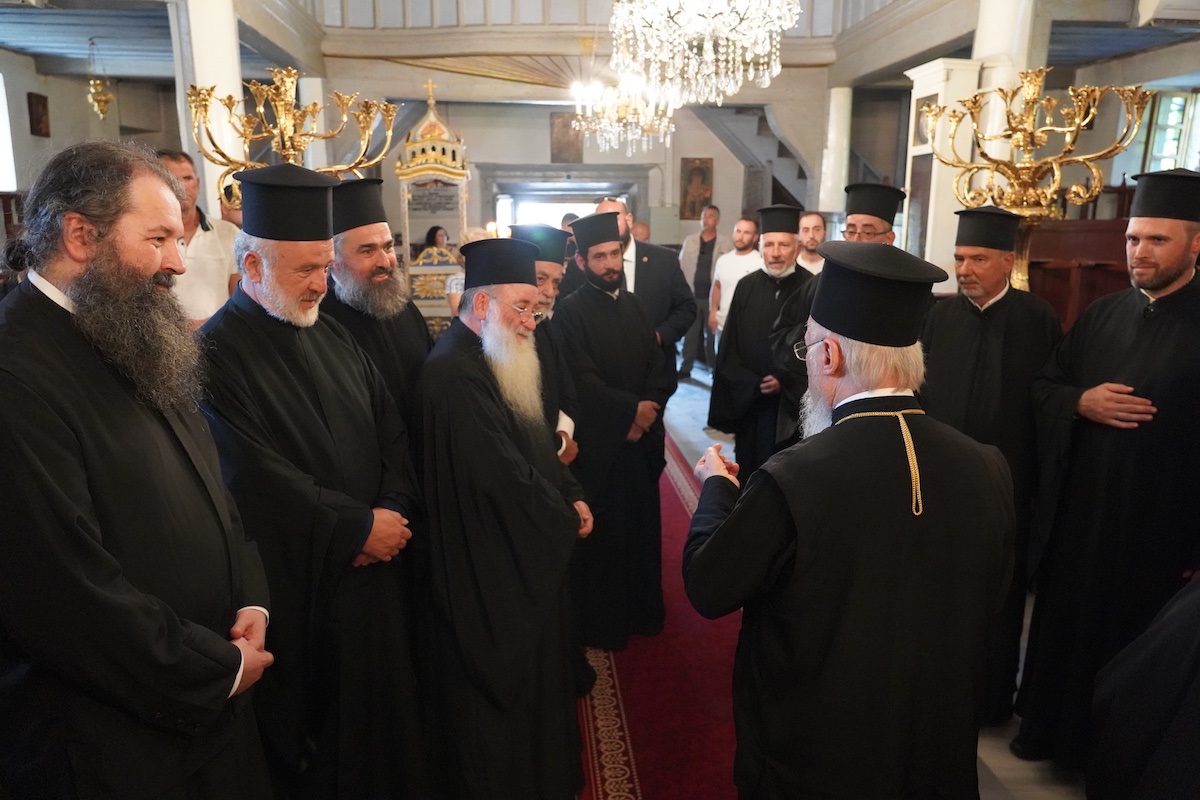 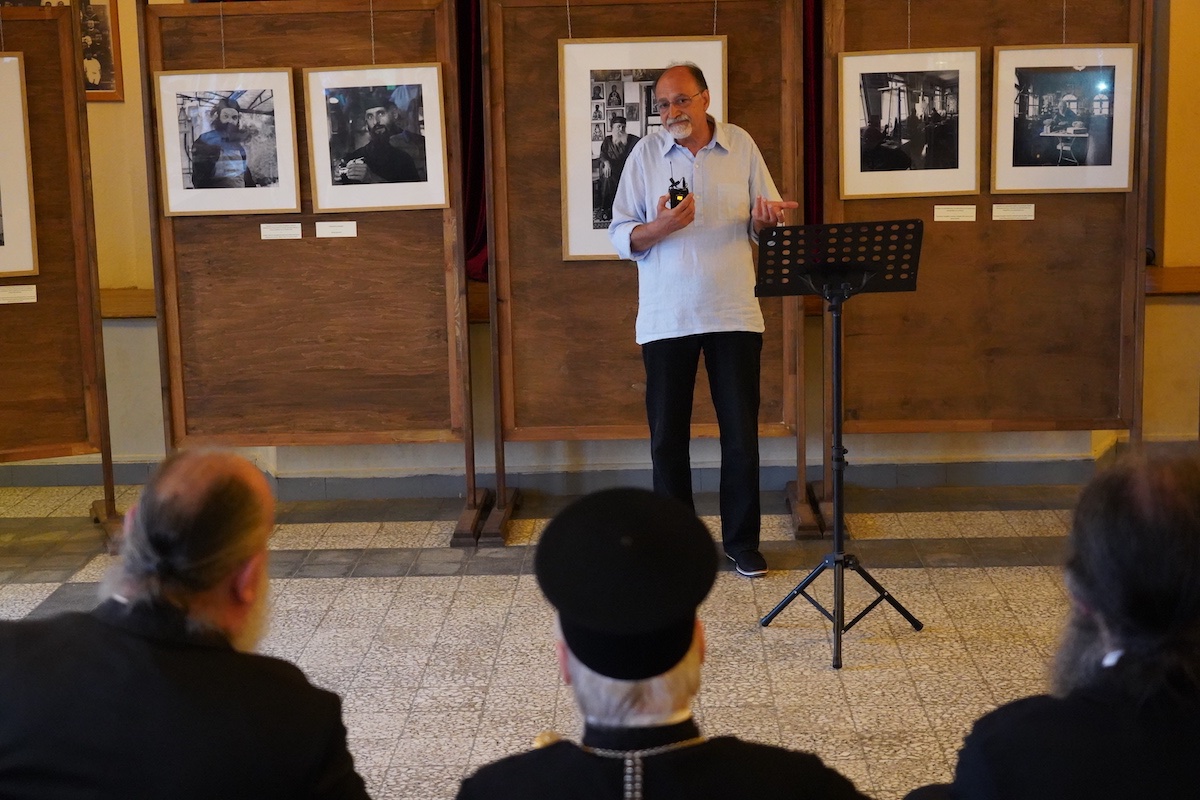 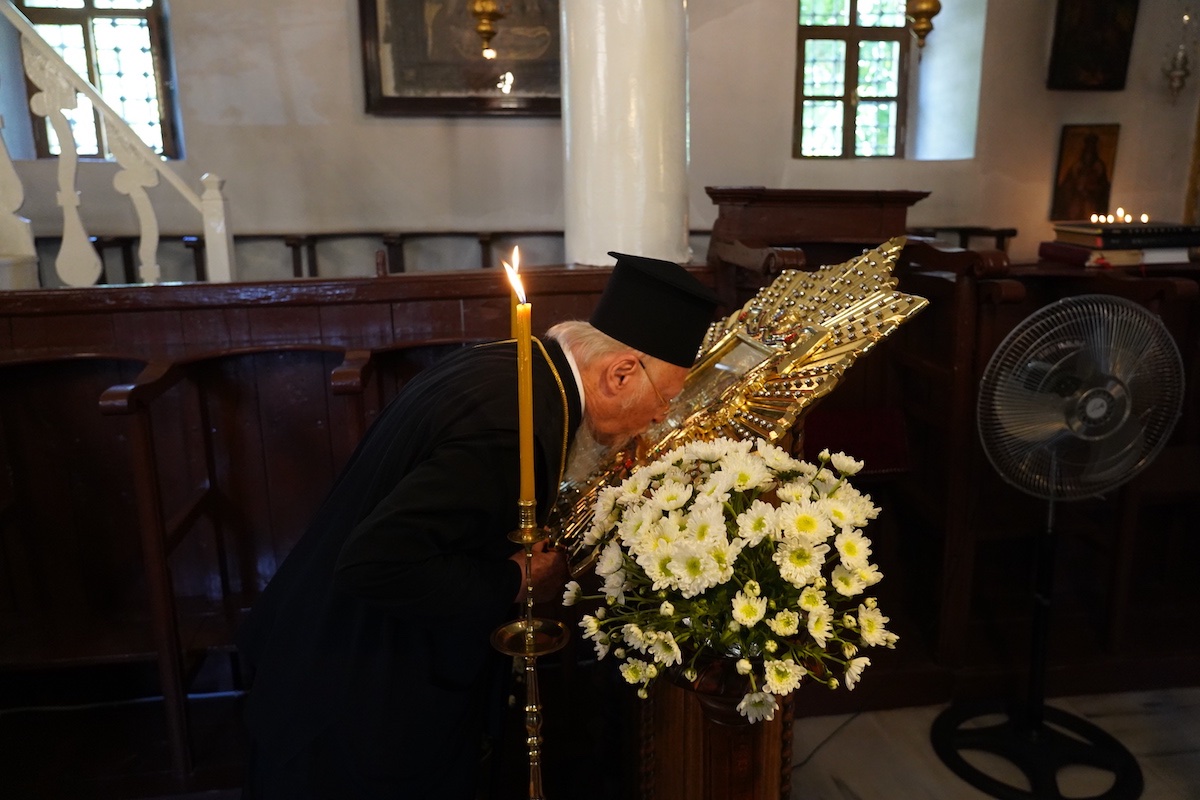 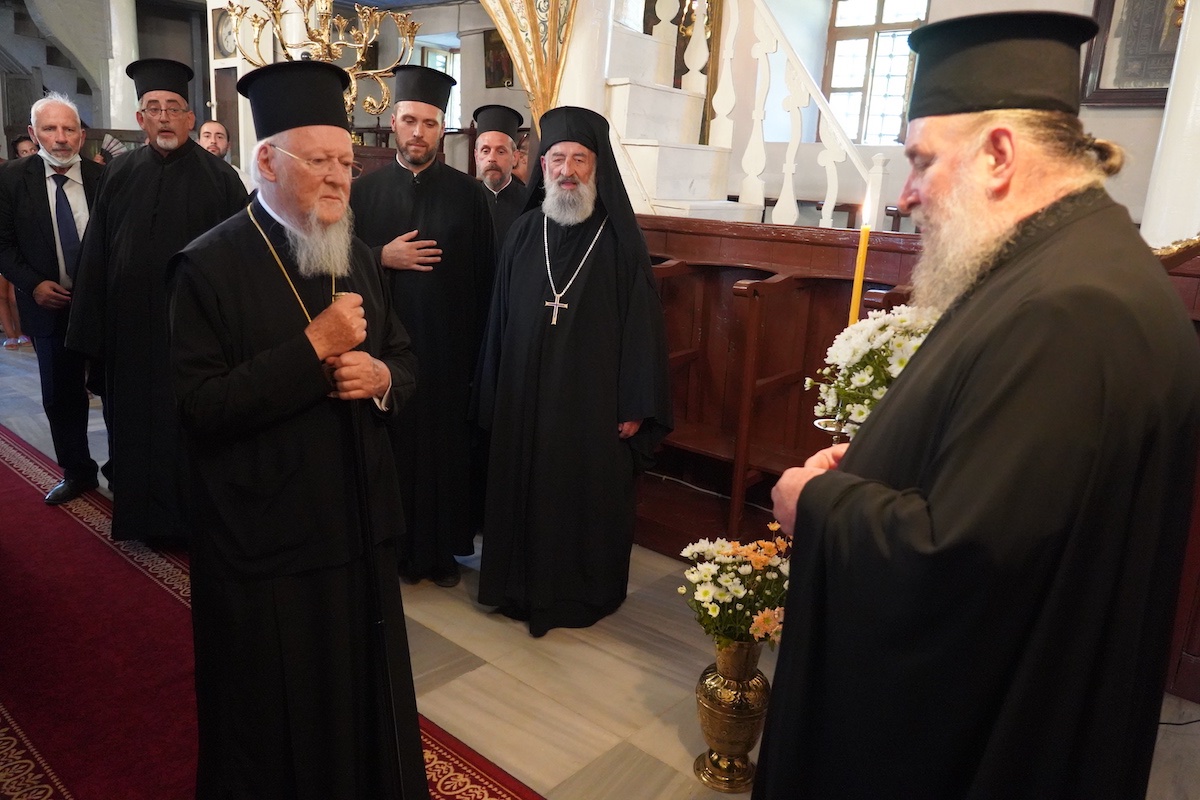 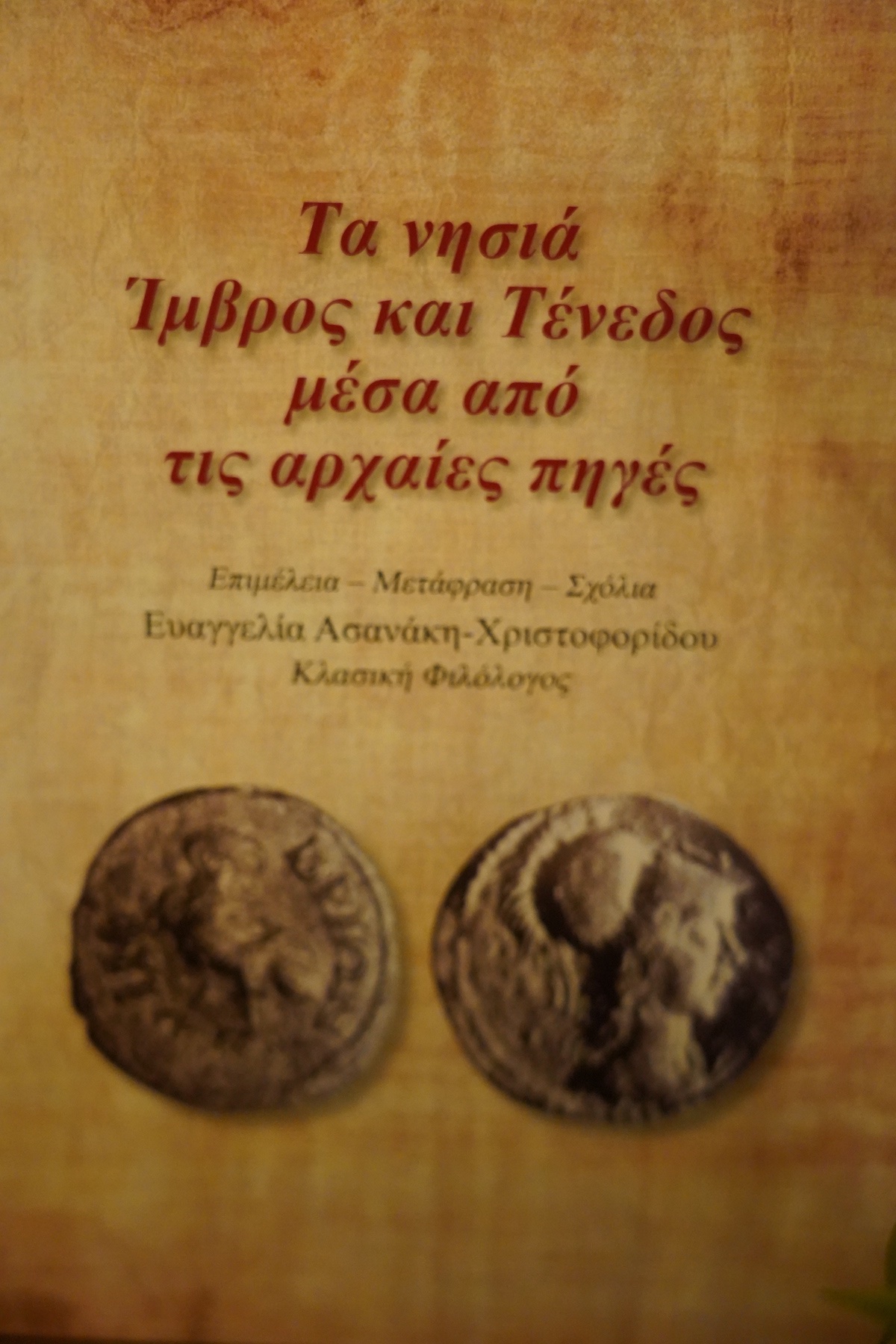 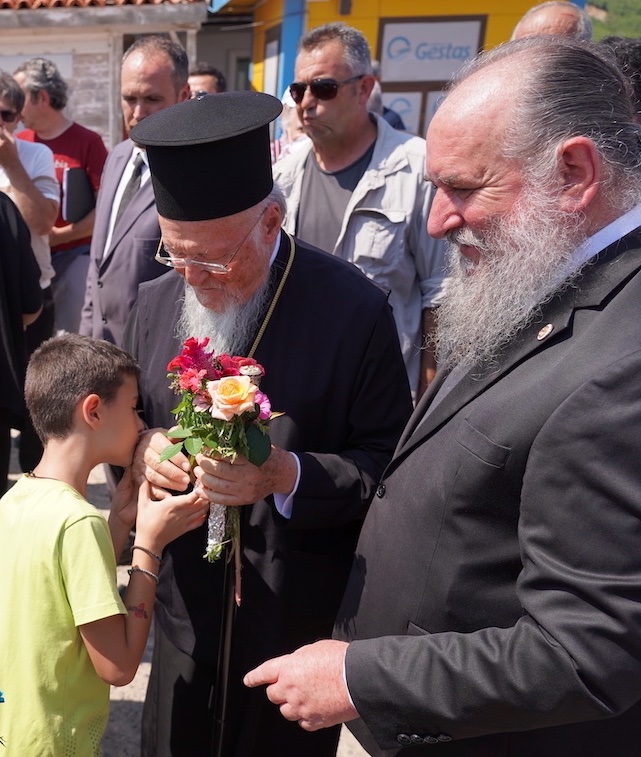 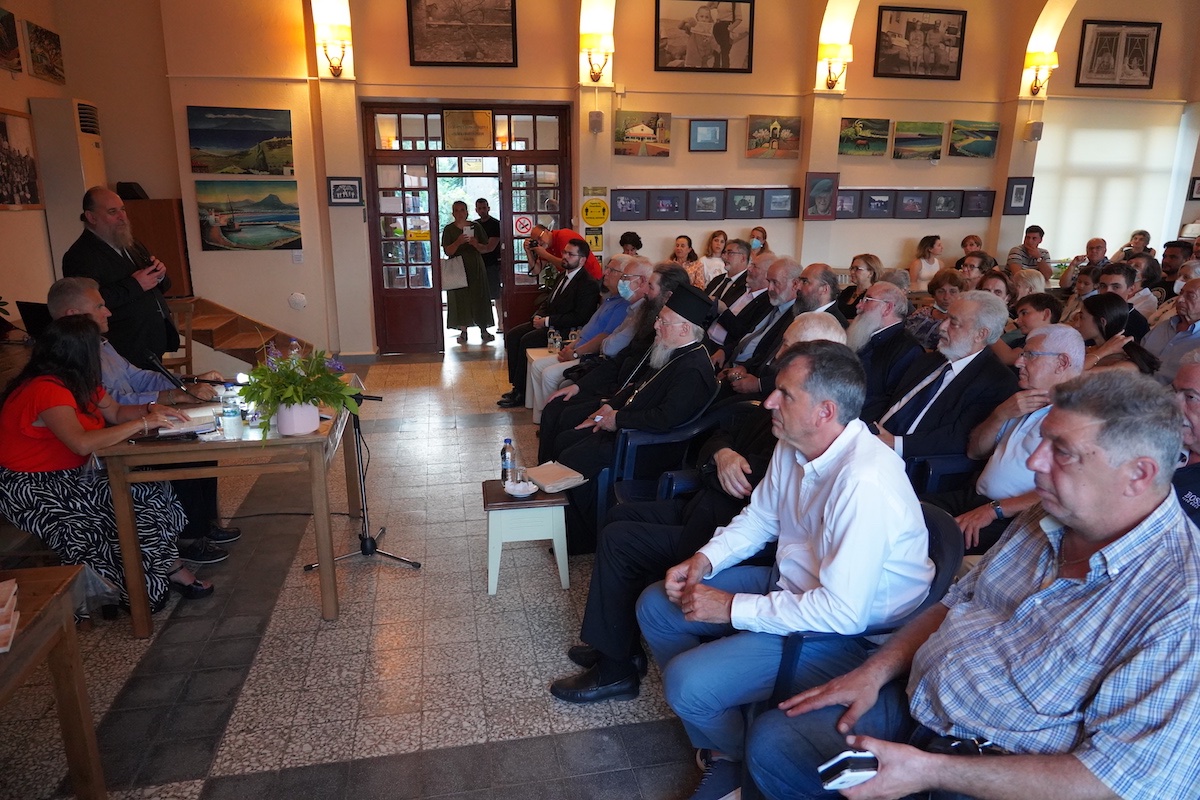 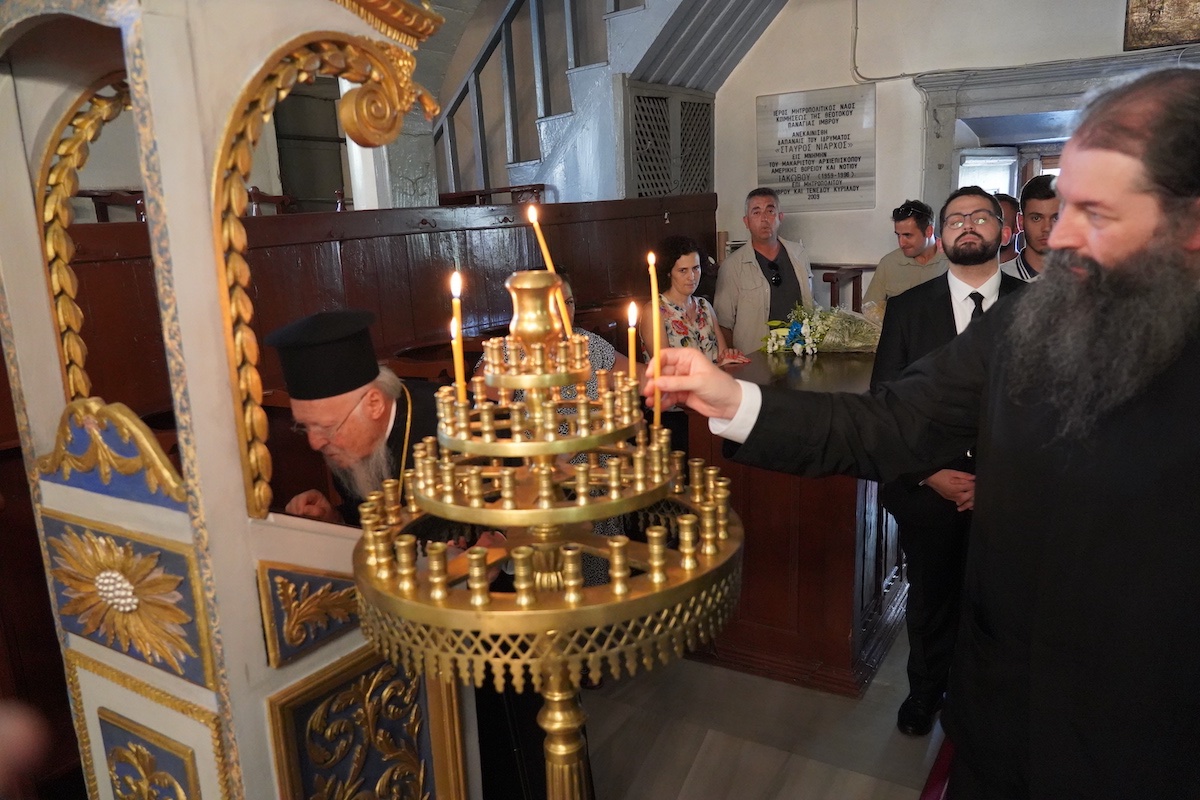 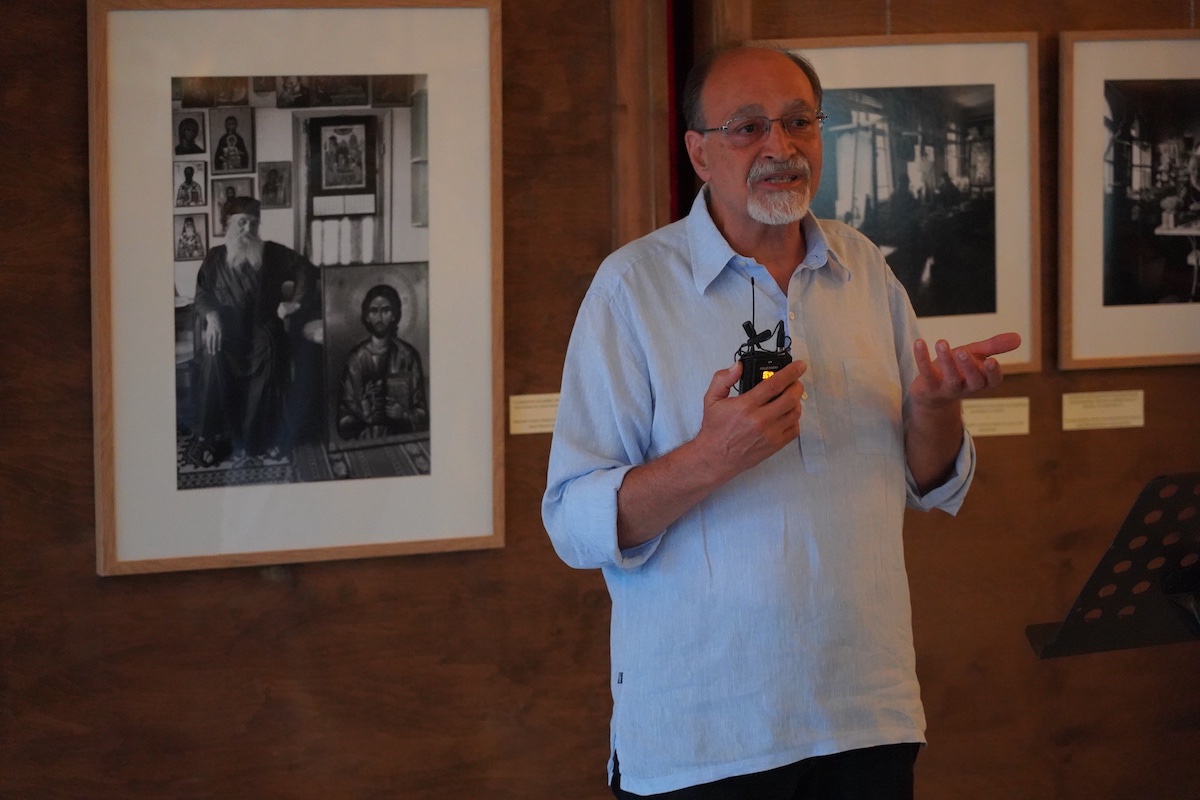 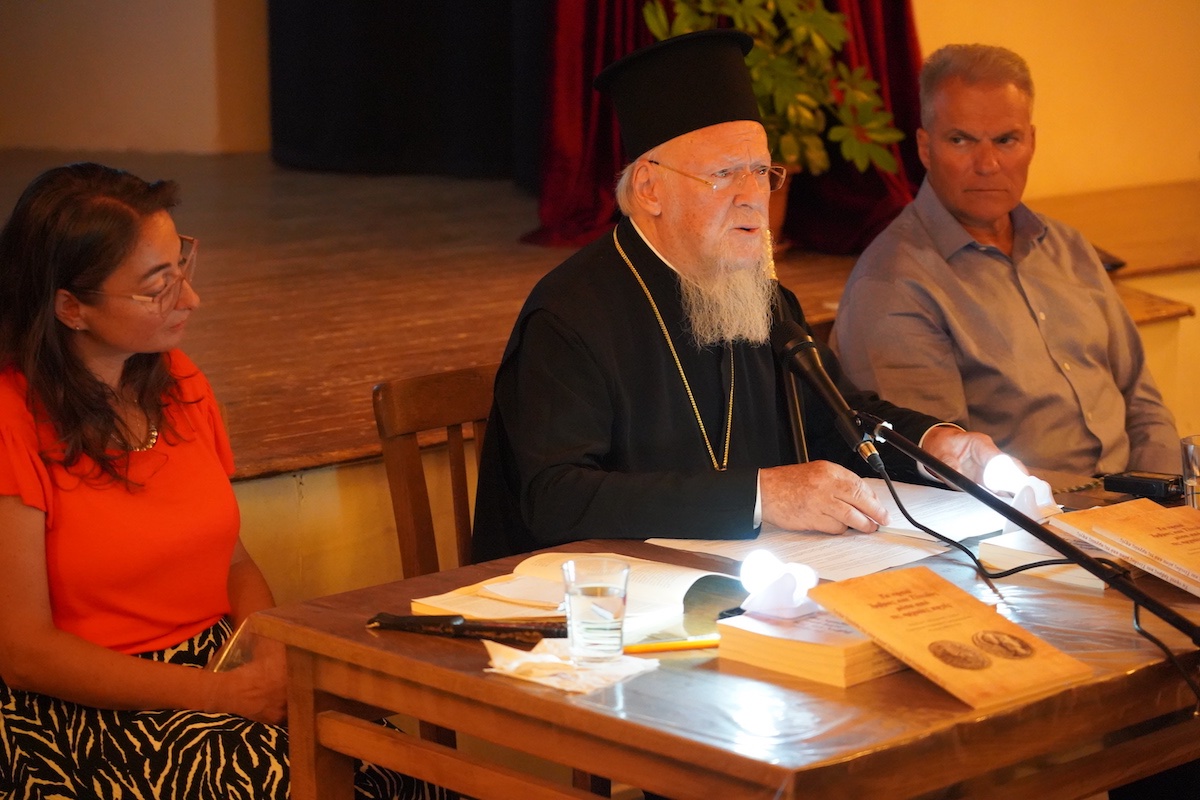 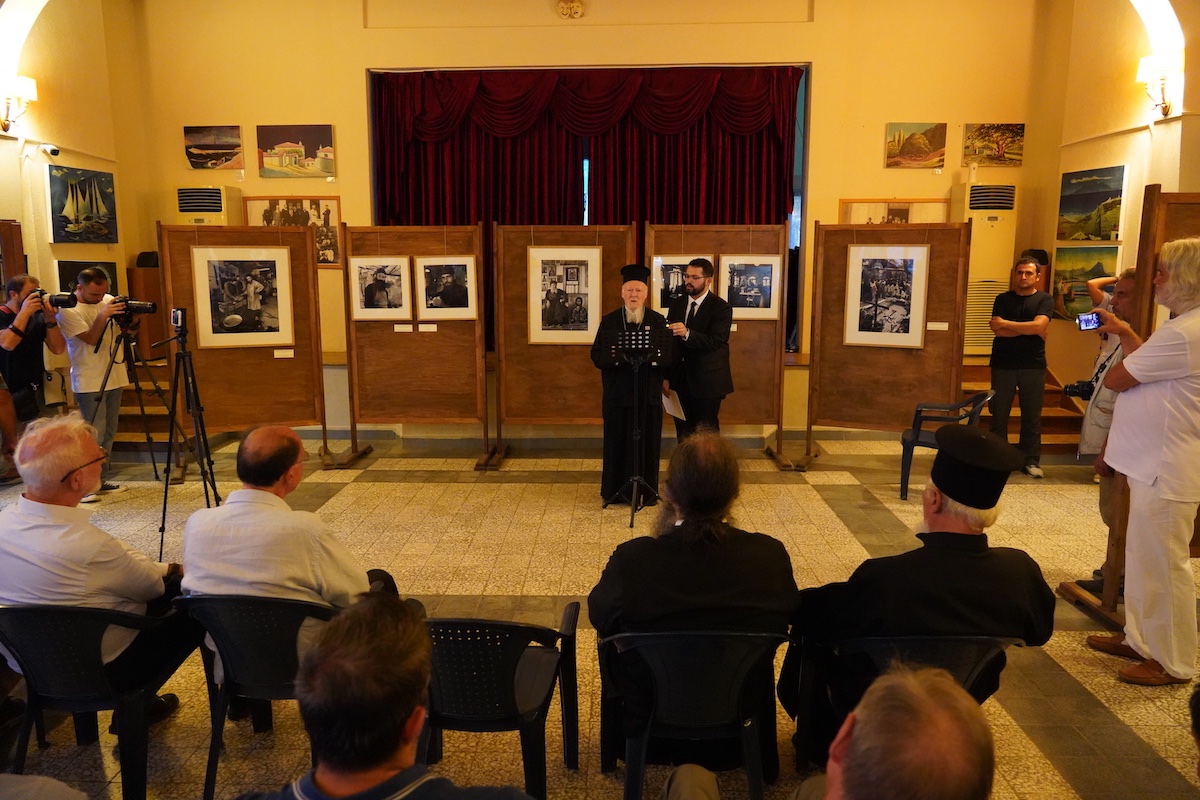 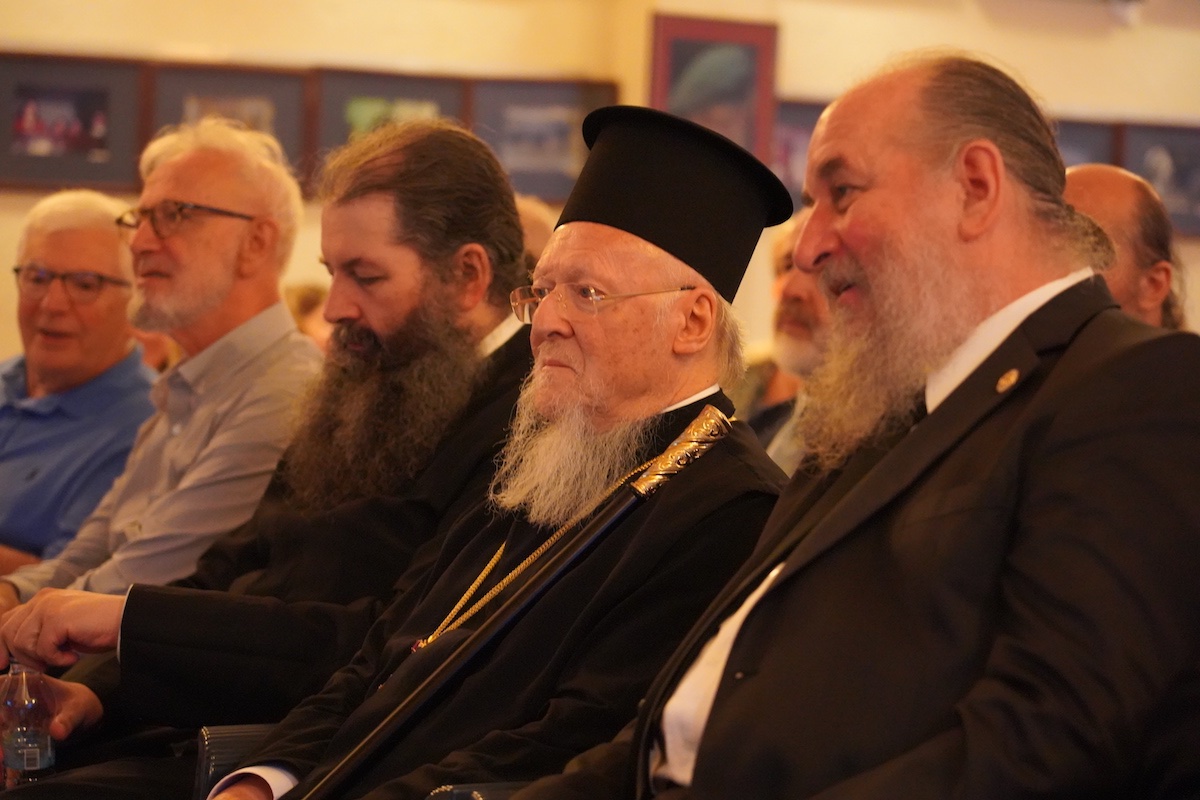 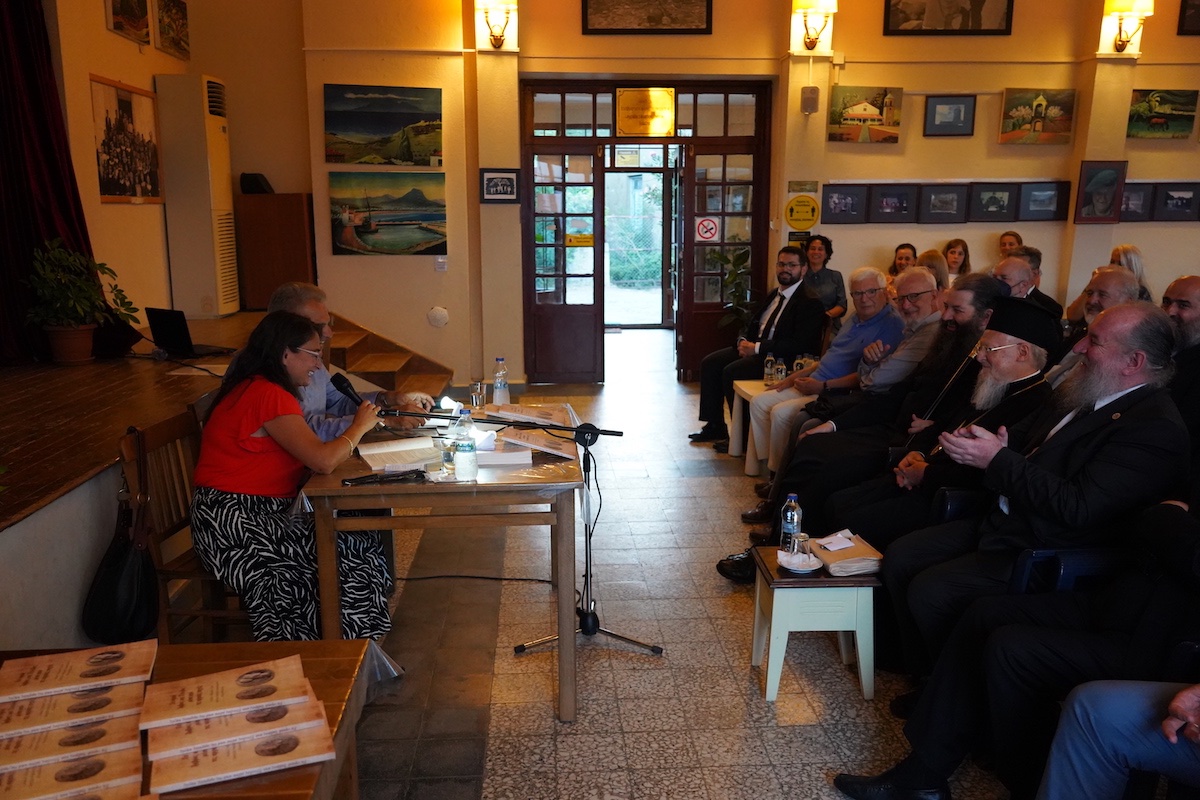 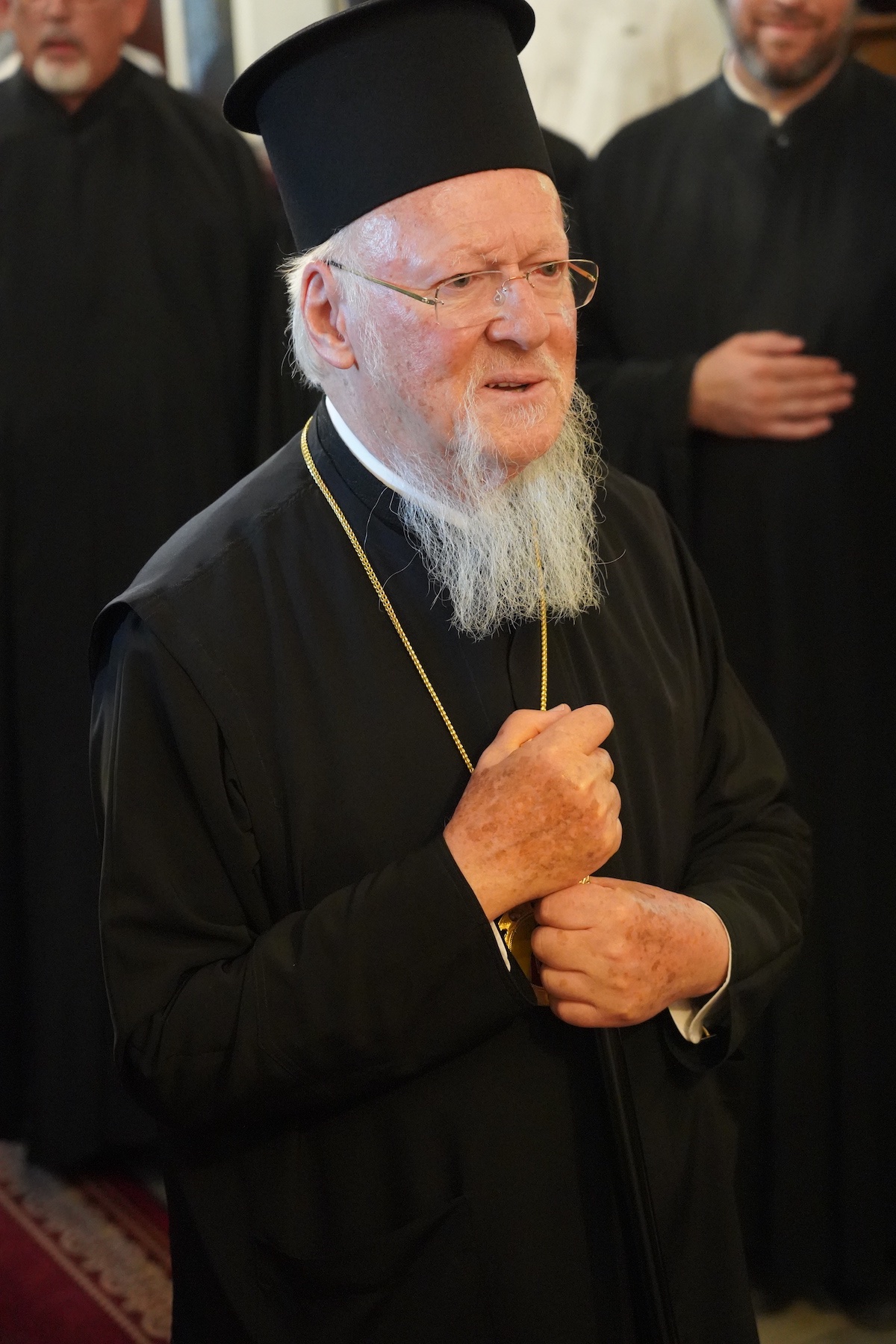 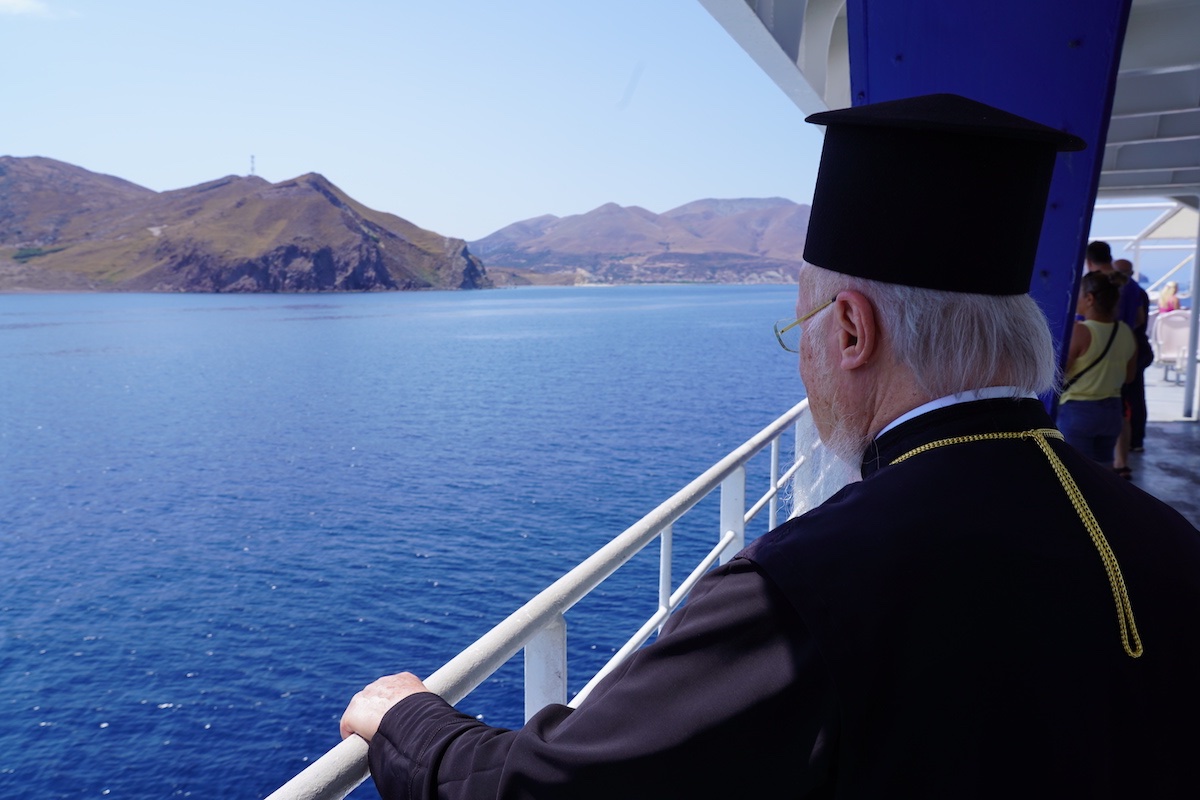 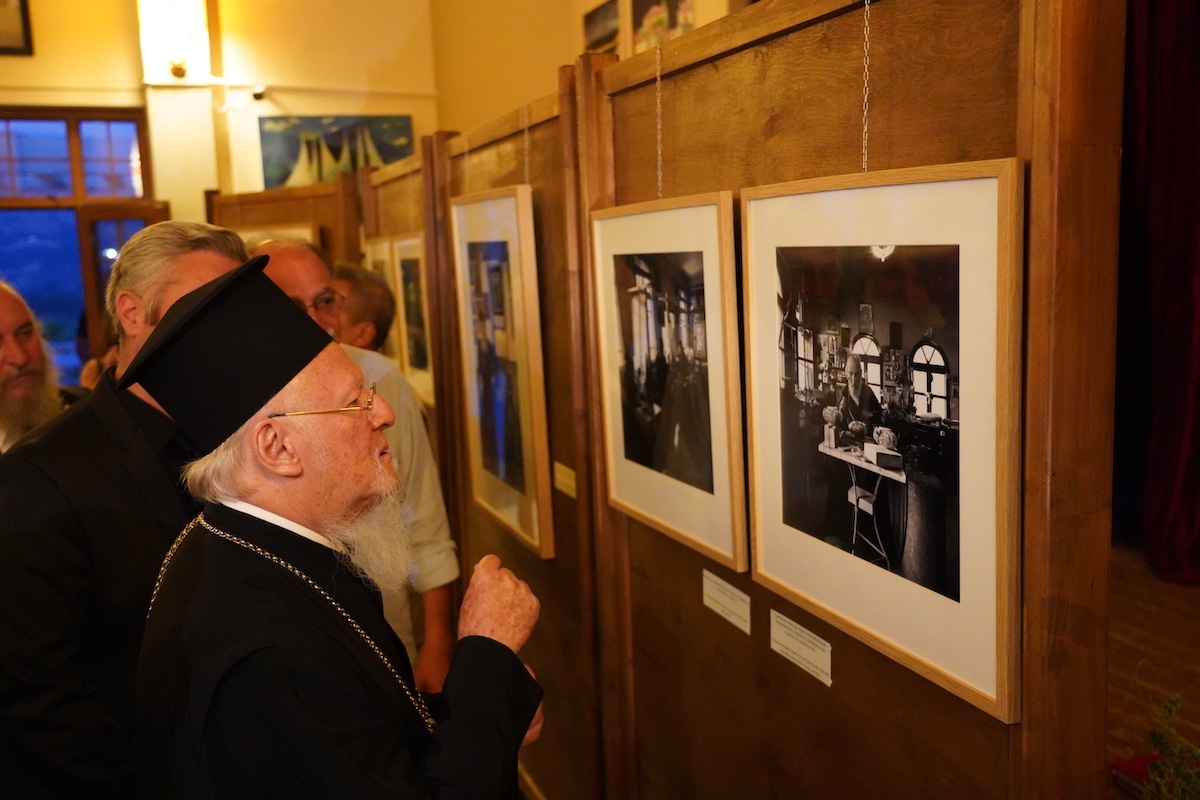