Ecumenical Patriarch in the US: With a heart filled with gratitude, we speak words of blessing for the great American Nation (upd) (PHOTOS)

Ecumenical Patriarch Bartholomew arrived in the United States, for an official visit which begins on October 23, 2021 and continues through November 3, 2021. Ecumenical Patriarch was welcomed at the airport by the Archbishop of America Elpidophoros.

Ecumenical Patriarch Bartholomew was joyously welcomed by His Eminence Archbishop Elpidophoros of America at Joint Base Andrews in Maryland.

The Official Visit, postponed from May 2020 because of the global pandemic, is His All-Holiness’ first visit to the United States since 2009.

At an official ceremony at the St. Regis Hotel His All-Holiness offered greetings stating, “With a heart filled with gratitude and great enthusiasm, we speak words of blessing and benediction for all of you, and for the great American Nation.

It has been twelve years since we last visited the Holy Archdiocese of America, her devout clergy and the many friends in government that have become close to us during our Thirty-Year Patriarchal tenure.

“We begin again, as we did in 1997, and we come with the same message we imparted on that day, October Nineteenth: “We come to you in love, beholding you as the newly planted branch of the ancient vine of Christ’s first called disciple Saint Andrew. You, our most beloved daughters and sons, have transplanted the faith of the Apostles upon this blessed continent.

America recognizes your deep commitment to living that faith fully, for she has enshrined in her Constitution the fundamental principles upon which the lasting qualities of the Church are founded.”

In his welcome to His All-Holiness Archbishop Elpidophoros stated, “We, the devout children of the Mother Church of Constantinople, welcome You with open hearts into our midst for the seventh time in Your historic and renowned Patriarchal ministry…We are overcome with deep emotion and much joy, because we behold in Your venerable person the embodiment of the Holy Great Church of Christ, which You have now led for thirty years — the longest Patriarchal tenure in history.

Indeed, we await with great eagerness Your sage guidance, paternal wisdom and wise Patriarchal counsel, as we strive to live the life of our Orthodox Christian faith in the very heart of America. The coming days will certainly hold many experiences that we will all cherish, and which will inform our vision of the life of Christ in this land.

“We look to You, then, Your All-Holiness, to show us the way, and to give to us a renewed and inspired vision for the faith of the saints and the Apostles that You know so well.” (Full Text www.goarch.org/-/2021-10-23-welcome-archbishop-elpidophoros-to-ecumenical-patriarch-bartholomew-to-usa)

After the official welcome, His All-Holiness, the Archbishop and members of the Official Delegation departed for the residence of Her Excellency Alexandra Papadopoulou, Ambassador of the Hellenic Republic to the United States, who hosted a dinner in honor of the Ecumenical Patriarch on Saturday evening.

Today, Sunday, October 24, 2021, His All-Holiness will attend the Pan-Orthodox Chorostasia at Saint Sophia Cathedral in Washington, DC and induct the newly appointed Senators of the Greek Orthodox Church in America. Following will be the Pan-Orthodox Luncheon with the Saint Sophia Community. In the evening, His-All Holiness will be honored at the AHEPA Grand Banquet at the Mayflower Hotel.

Earlier, on a post on social media, the Archbishop of America said that “It is a profound blessing and an unspeakable joy that we welcome our spiritual father, His All-Holiness, Ecumenical Patriarch Bartholomew to America.

We look forward to the ways he will show us a renewed and inspired vision of our faith during this Apostolic Visit”.

Events scheduled in Washington, DC include a Pan-Orthodox Patriarchal Chorostasia at Saint Sophia Cathedral; followed by the inaugural induction of the Senators for Orthodoxy and Hellenism; a Luncheon with the Hierarchs; a Dinner Tribute by the Order of AHEPA; the Blessing of the Permanent Exhibition of Orthodox Christian Cultural Heritage at the Museum of the Bible, and an Ecumenical Reception on Capitol Hill by the National Council of Churches.

On October 27, the official delegation will arrive at Pittsburgh International Airport for an official welcome and then visit Evgenia’s House of Hope in Weirton, WV. Following will be a Doxology at the Church of All Saints in Weirton and a luncheon hosted by the Psaros family with local clergy and lay leaders.

Later that same day, the visit will continue at South Bend International Airport in South Bend, IN, with an Official Welcome and dinner with Archon Merkourios and Libby Angeliades.

On Friday, October 29, the Official Delegation will travel to New York City, where Ecumenical Patriarch Bartholomew will address the Archdiocesan Council, National Philoptochos Board, and the Order of St. Andrew National Council.

The Nicholas J. Bouras Award and Ecumenical Patriarch Bartholomew Foundation Dinner for Founders will be held in the evening.

The following day, Saturday, October 30, the Official Delegation will meet with clergy and presvyteres of the Archdiocese and students of Holy Cross School of Theology at the Chiotes Family Hall of Archdiocesan Cathedral of the Holy Trinity.

On Sunday, October 31, the Patriarchal Divine Liturgy with Archbishop Elpidophoros and members of the Holy Eparchial Synod of the Archdiocese will be celebrated at the Archdiocesan Cathedral of the Holy Trinity, followed by the Investiture of the 2020/2021 Archon Classes of the Order of Saint Andrew by His All-Holiness

Later in the evening, His All-Holiness will be hosted for dinner by the faithful spiritual children and compatriots of Constantinople, Imvros, and Tenedos in the United States.

On Monday, November 1, the American Jewish Committee will present the highest award to His All-Holiness for interreligious relations and advancing Orthodox-Jewish relations.

Following, the Ecumenical Patriarch will offer an Agiasmos and blessing of Archdiocesan Staff in the Chapel of St. Paul, followed by a lunch hosted by His Eminence Archbishop Elpidophoros for Religious Leaders of New York and a dinner at the Antiochian Archdiocese hosted by Metropolitan Joseph in honor of His All-Holiness.

To end the day, His Eminence Archbishop Elpidophoros will host a dinner to celebrate the 30-year Anniversary of the Enthronement of His All-Holiness at the Loeb Boat House in Central Park.

The Official visit will conclude on Wednesday, November 3 with breakfast and a meeting with the Holy Eparchial Synod at the headquarters of the Greek Orthodox Archdiocese of America and a Farewell send-off at Teterboro Airport in New Jersey. 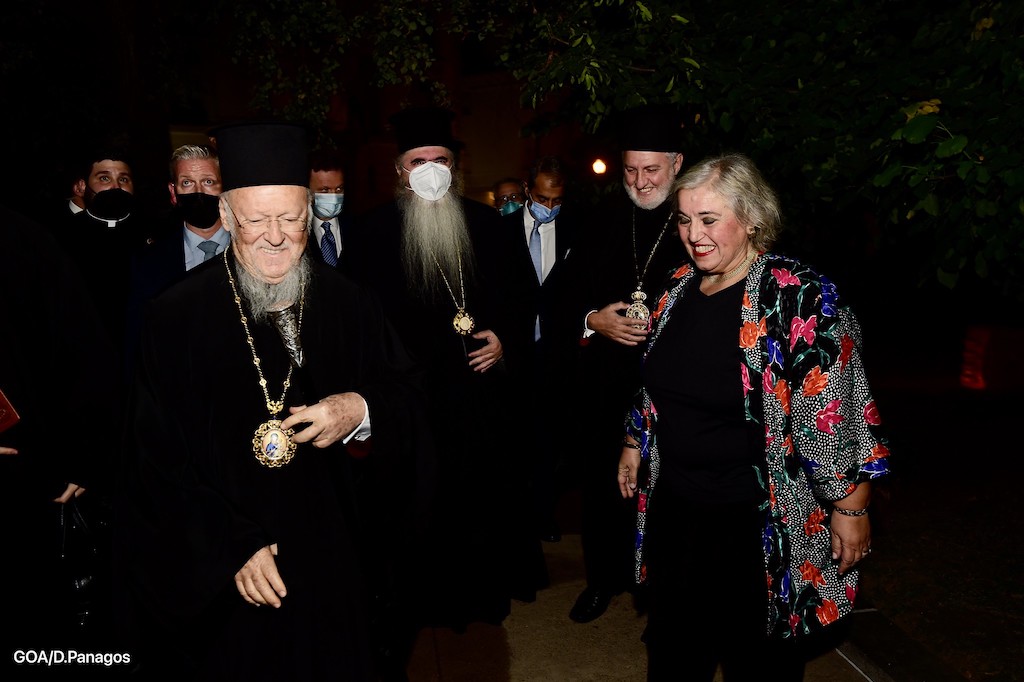 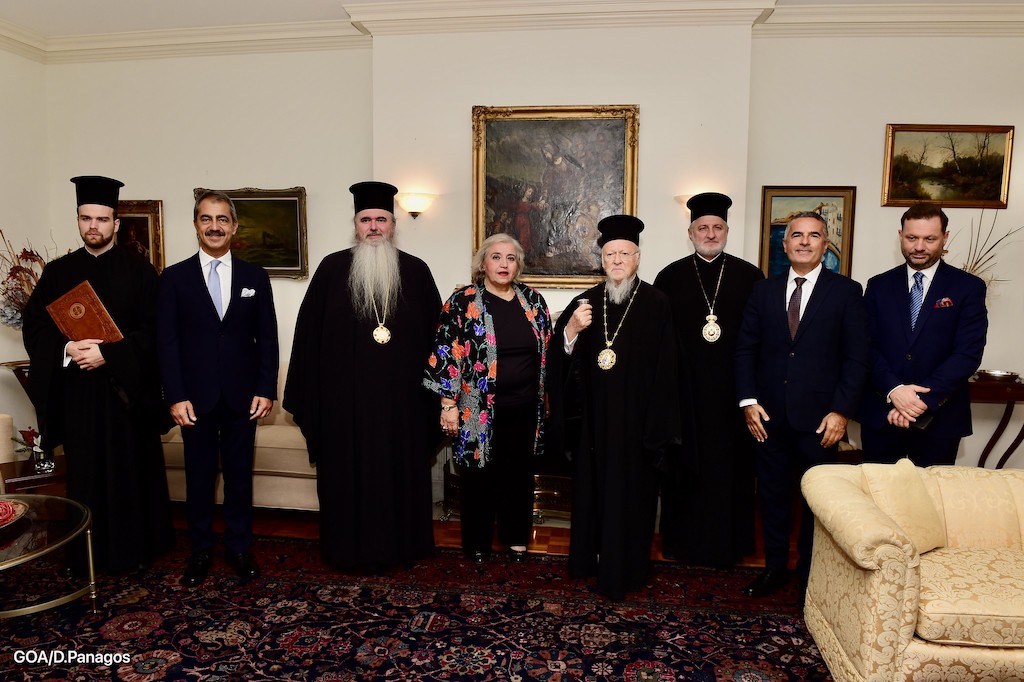 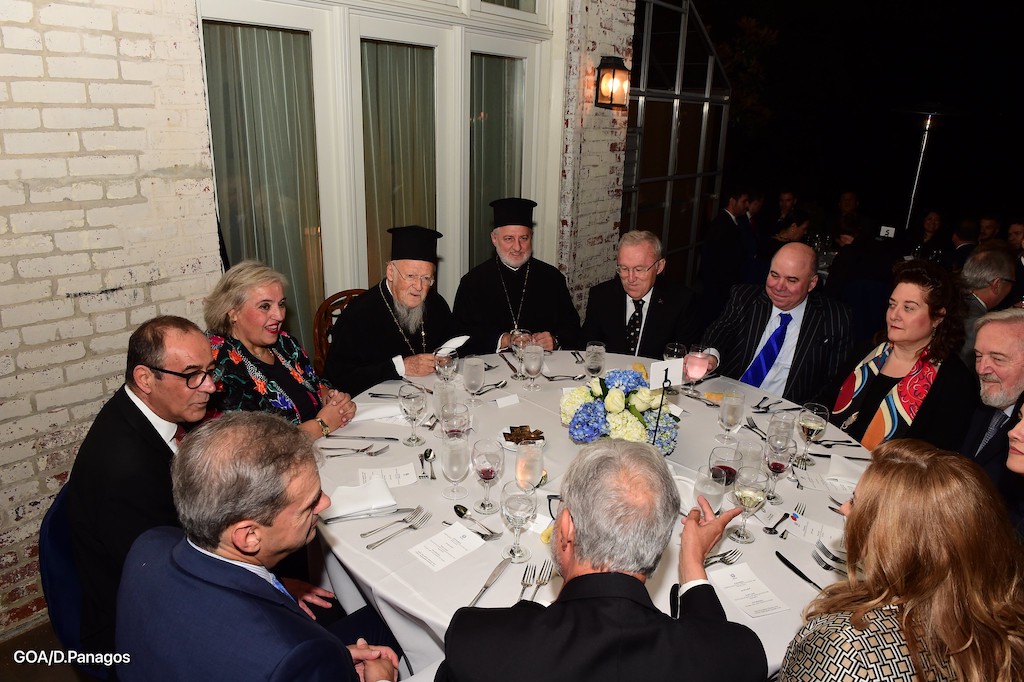 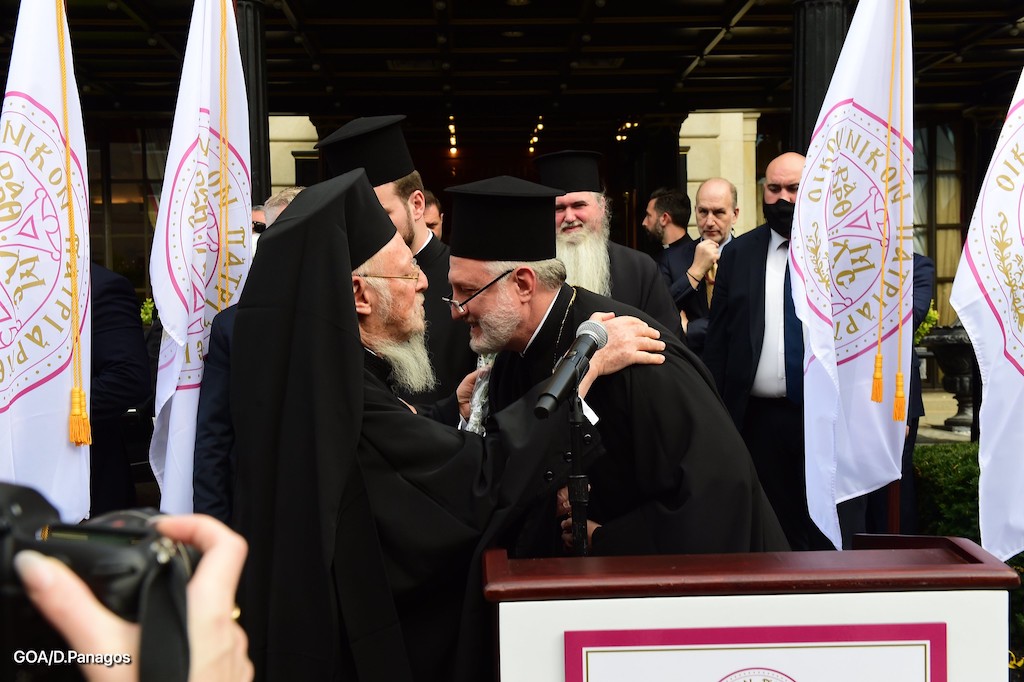 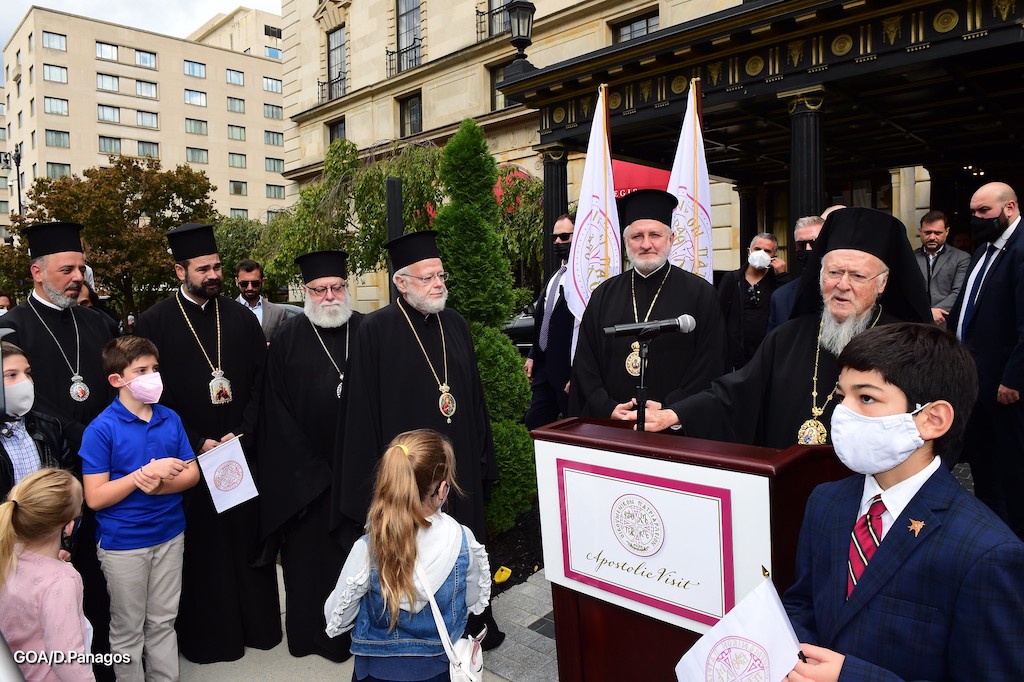 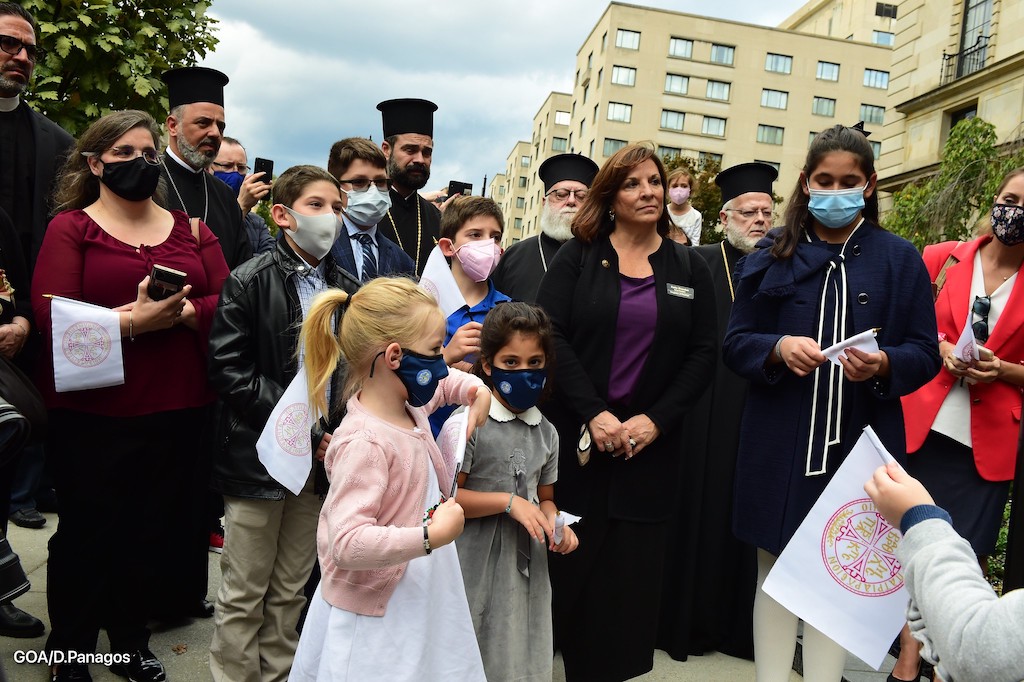 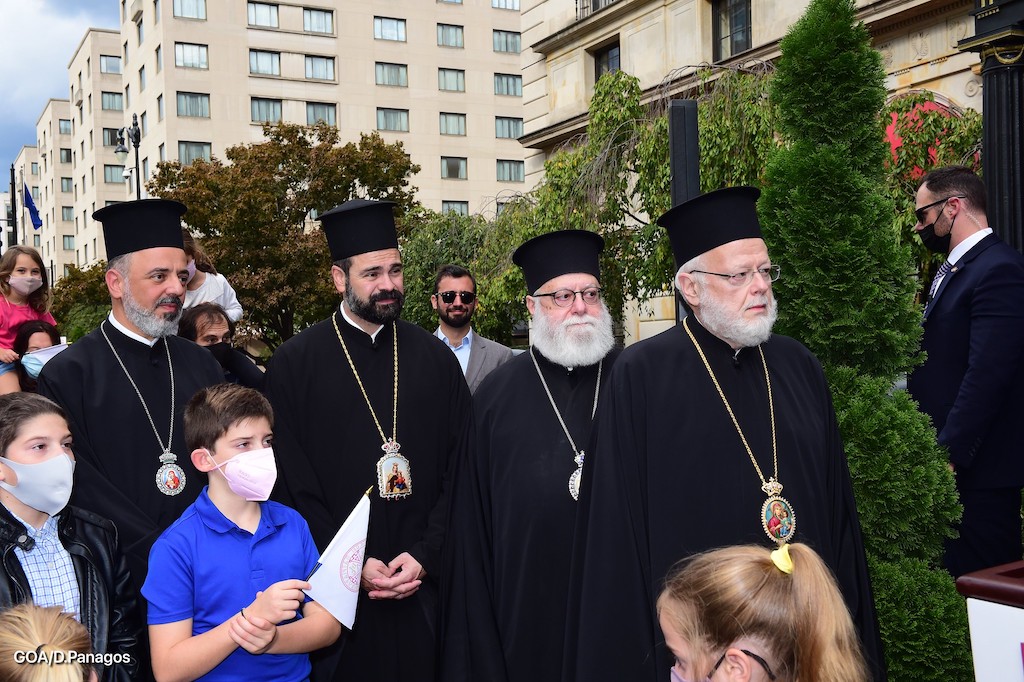 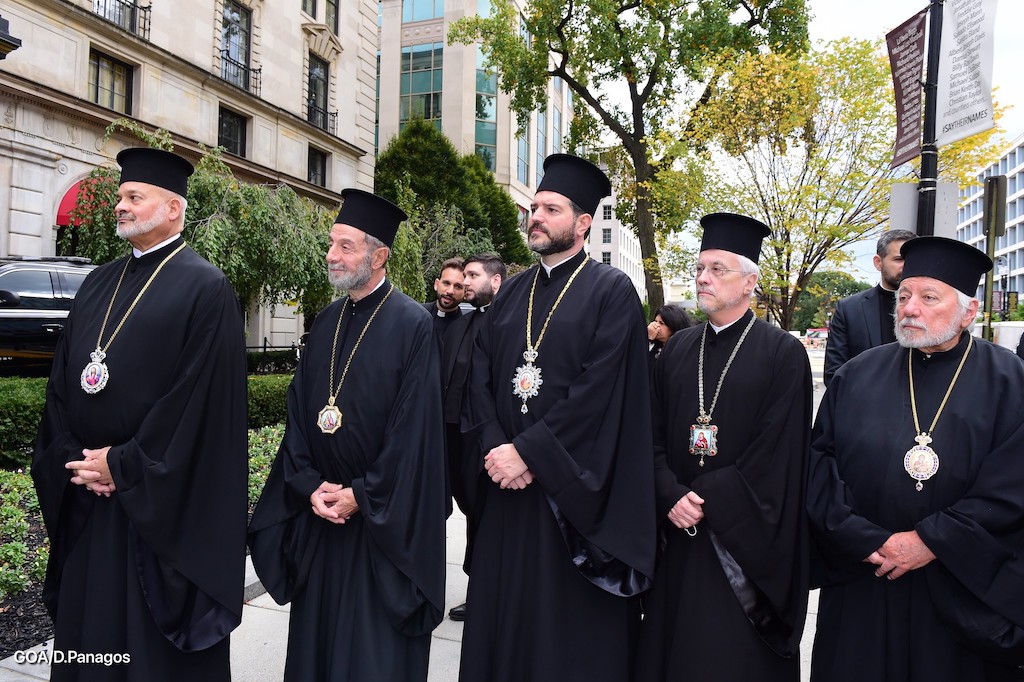 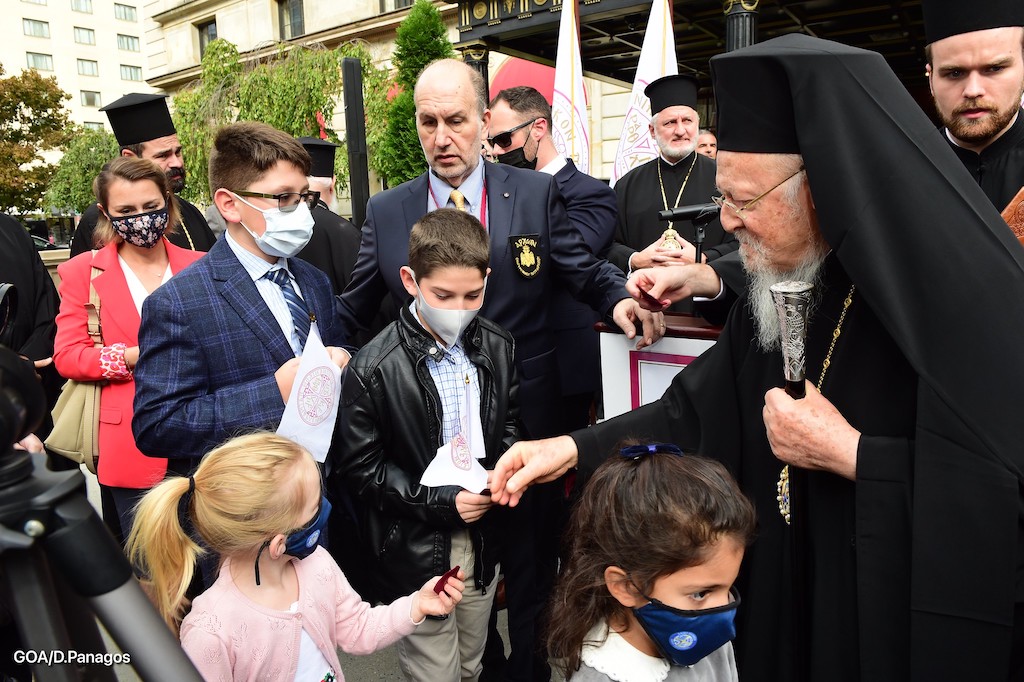 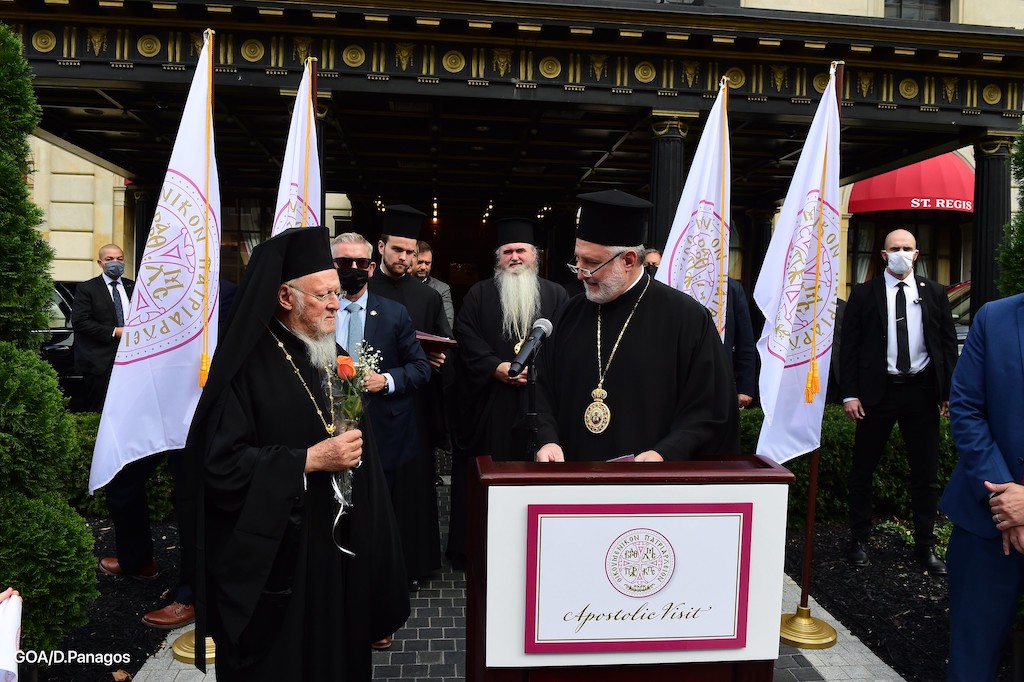 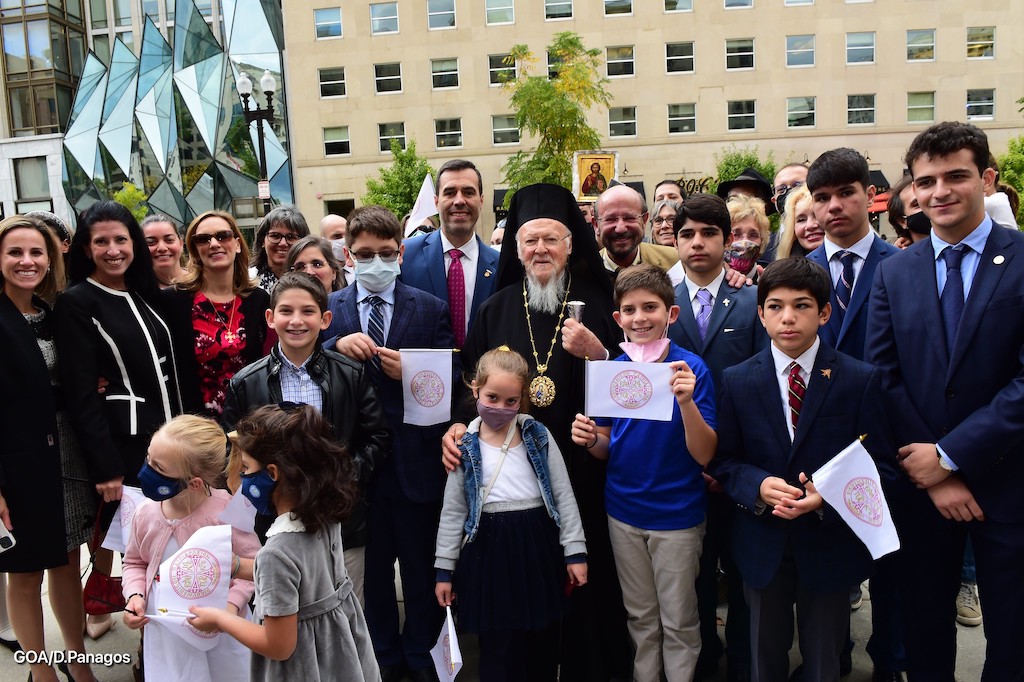 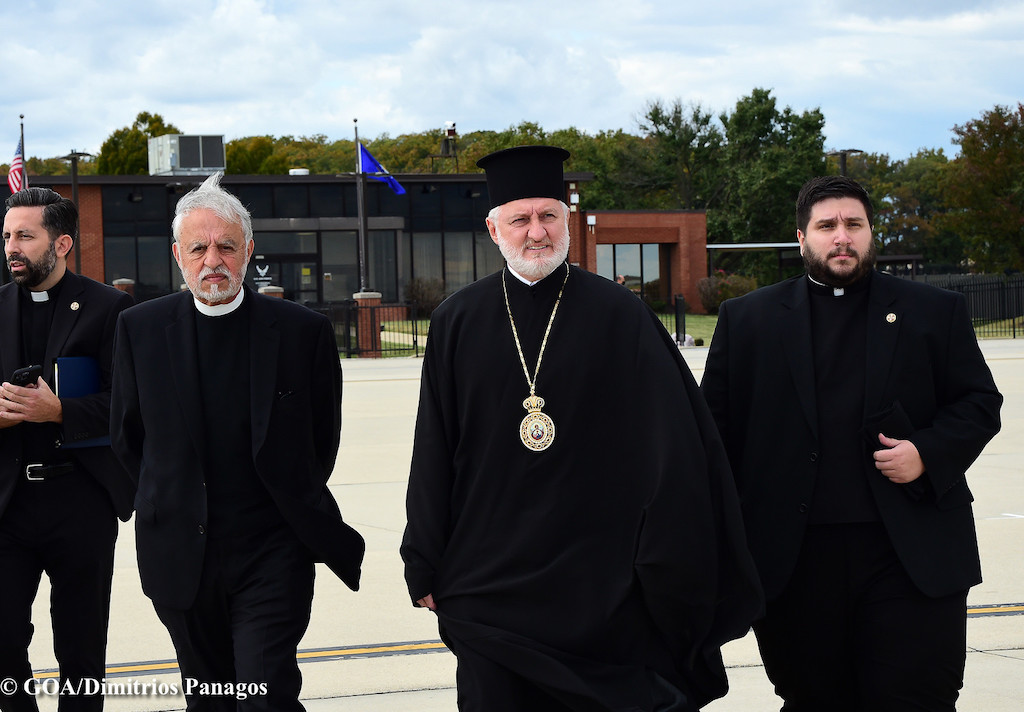